Following their win at last weekend’s Donington Historic Festival, JD Classics made their way to this year’s Monaco Historique.

A biannual event, JD Classics are in attendance with two cars in 2018.; the 1954 Cooper Jaguar T33 and the 1956 Lister Maserati; campaigned by driver Ben Short on behalf of a customer, Monaco is the debut for both car and driver at the complex Monaco street circuit. In 2018, the Cooper T33 is campaigned by JD Classics’ in-house driver Chris Ward both having raced at the circuit in previous years. 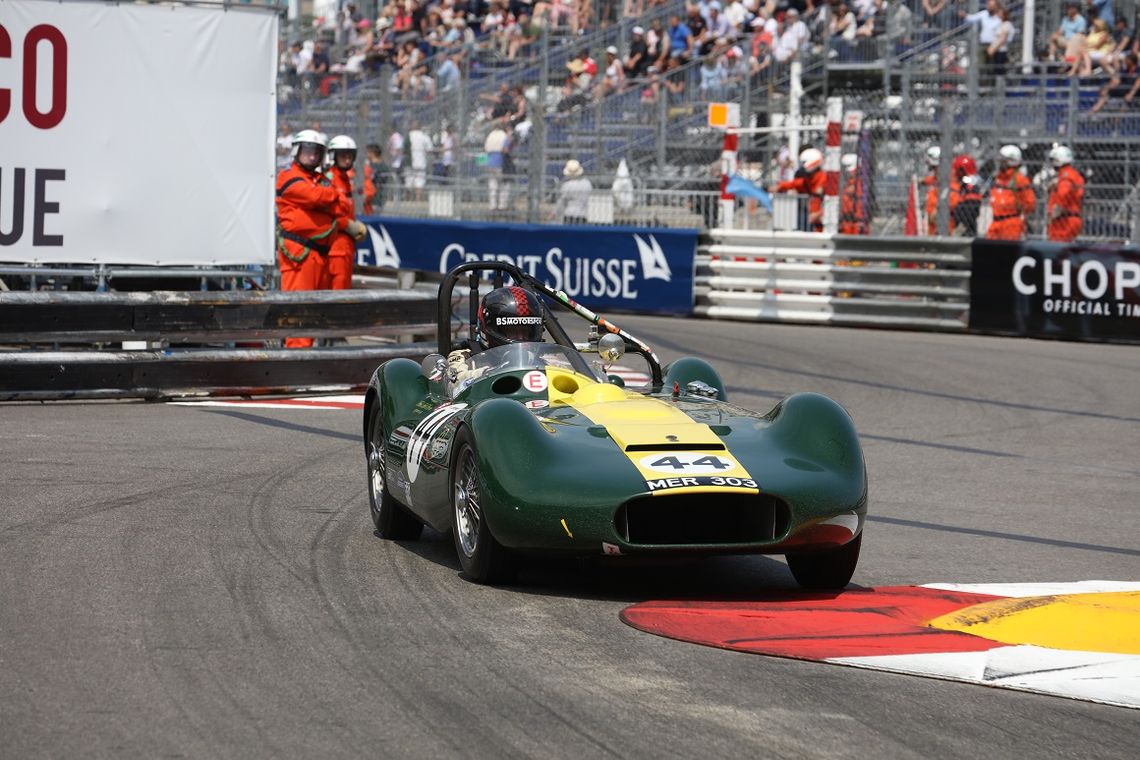 A Monaco debut for both car and driver, Ben Short drove the Lister Maserati to 7th place within Friday's free practice session.

Setting an initial pace, Chris Ward produced an impressive 2:04.9 and quickly achieved a time to put the Cooper T33 in 2nd place. Continuing on the chase of the Maserati 300S  of Guillermo Fierro Eleta, Chris Ward came into the pits for a quick check over from the team while Ben Short continued to familiarise himself and the car with the circuit. Re-joining after a few minutes, the Cooper produced its fastest lap of 2:01.4 to steal the fastest lap of the session. The Lister Maserati also put in an impressive debut drive in Monaco finishing free practice in 7th place.

Saturday afternoon’s qualifying session got off to a good start for Chris Ward as the Cooper T33 quickly established itself at the top of the classifications with a 2:02.8 lap time. Having completed just four laps and with a fastest time of 1:59.3, the JD Classics Cooper came into the pits where it sat out the rest of the session having achieved an unbeatable lap time to qualify in pole position with over 3 seconds between Chris Ward and the second placed Cooper Jaguar of Fred Wakeman. 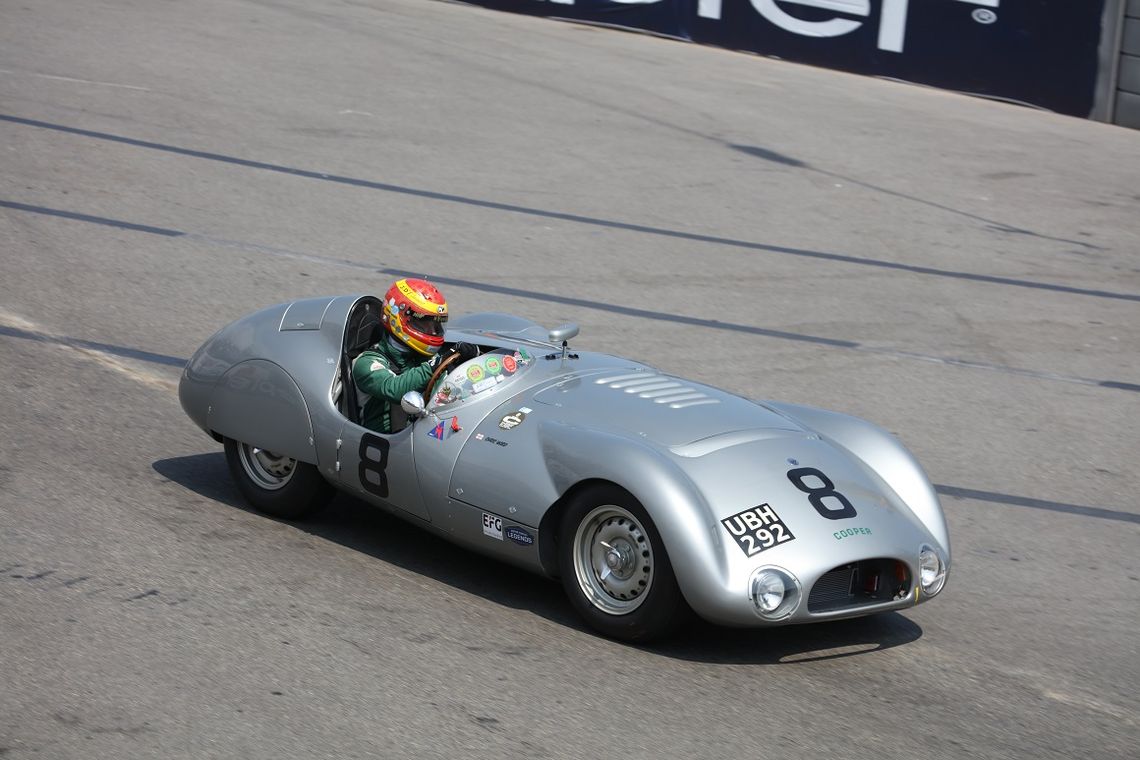 The Lister Maserati also had an impressive session as Ben Short quickly qualified the car in 4th place and continued to maintain the position against some fierce competition until the end of the session with a final lap time 4 seconds faster than his fastest in practice the day previous.

After two days of hot and sunny weather, Serie C grid lined up for the race in heavy rain on Sunday afternoon. The grid, led by the JD Classics Cooper of Chris Ward were given two formation laps in order for the cars to adjust to the adverse weather conditions. Lining up for a standing start, the Cooper T33 sat on the front row of the grid with the Lister Maserati of Ben Short not far behind in 4th. As the lights went green, both cars got off to a flying start as the Maserati gained a place moving up to 3rd place into Sainte Devote corner and by the end of the first lap both JD Classics run cars were sitting nicely in 1st and 2nd place as the grid continued to battle against the elements. As the race entered the latter stages, both cars continued to edge away from the rest of the field and by the time the chequered flag fell, the Cooper had secured a 30 second gap with Ben Short also half a minute in front of the 3rd placed Lister Bristol of Tony Wood to claim an unrivalled one-two victory at this years Monaco Historique 2018 marking JD Classics' 4th consecutive victory at this iconic event. 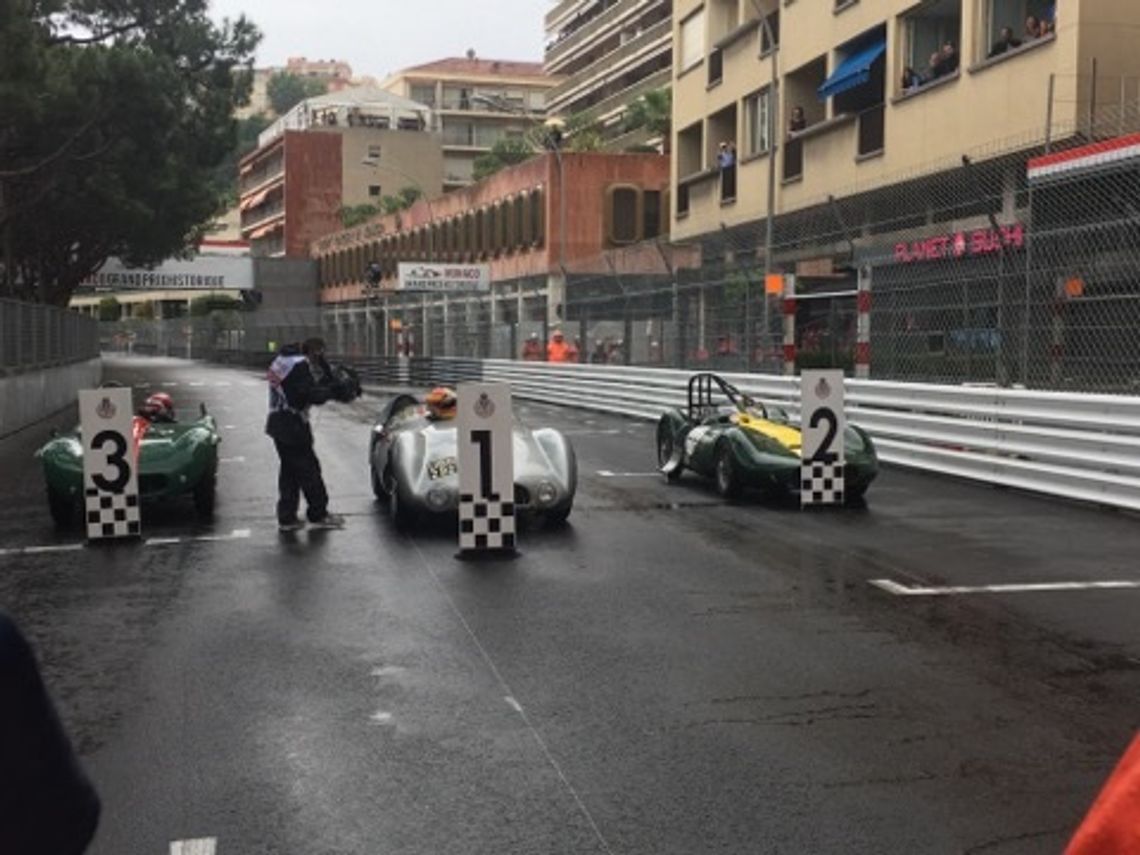