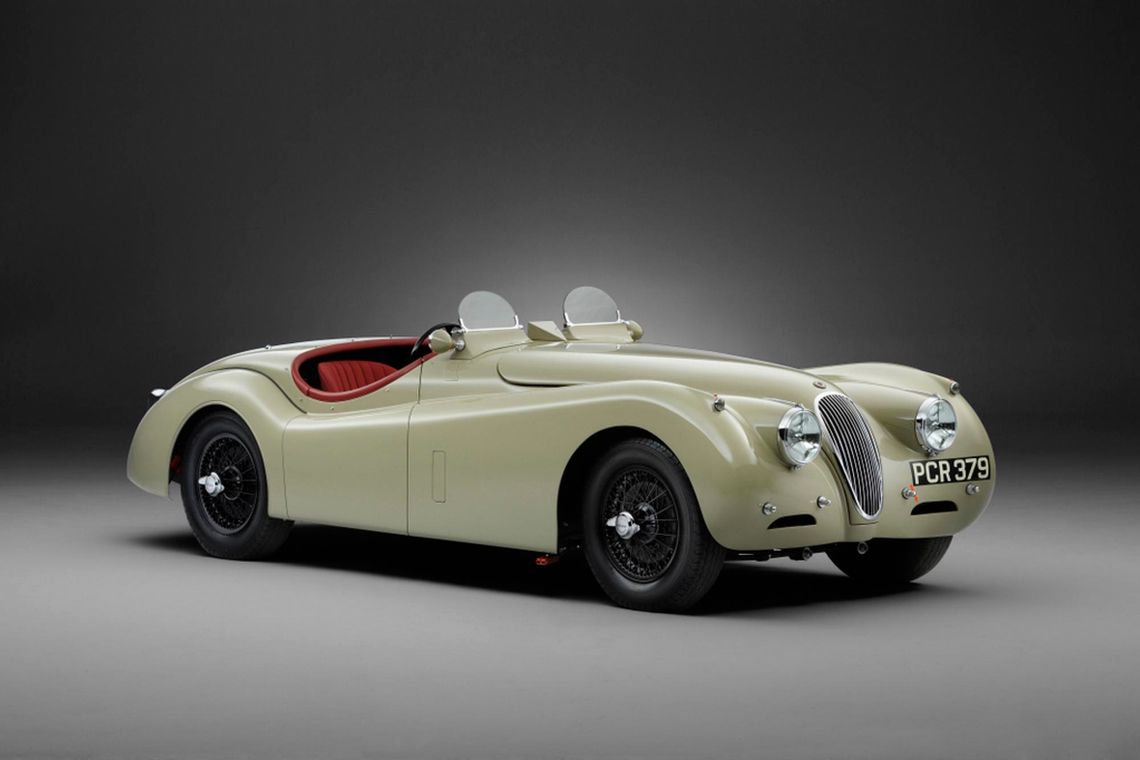 Each of those three models was also available in three separate bodystyles; Roadster (otherwise known as Open Two Seater, or OTS), Fixed Head Coupé (FHC) and Drop Head Coupé (DHC). With nine separate XK variants to choose from, each with its own character, it’s worth spending some time researching which will be the best fit for your needs.

The XK120 Roadster, for example, is considered the driving purists’ choice with clean lines and a fabulous sporting heritage but the somewhat rudimentary brakes, steering set-up and lack of creature comforts like wind-up windows require a little more dedication to enjoy day-to-day. That having been said most of the drawbacks can be readily overcome with sensible modifications. The XK150 FHC, by comparison, is more GT-esque in character, imbued with more luxury and convenience, including disc brakes as standard.

As the original XK model, and celebrating its 70th anniversary this year, the XK120 is arguably where Jaguar’s sports car story really began. But even though all XK120s are desirable, some are more desirable than others. The very first 240 XK120 Roadsters were hand built with an alloy body over an ash frame, for example, making them lightweight, rare and very desirable. Then there are the ‘Special Equipment’ models – also available on the 140 and 150 –  that come with an uprated engine, dual exhausts and wire wheels as standard

The XK120 Roadster is the raw and pure XK. It was the XK most commonly raced, rallied and campaigned at top flight international events including the Mille Miglia, Le Mans, and Alpine Rally. But be aware that its rudimentary side screens and hood don’t offer the best weather protection.

Those seeking a little more comfort should opt for the Drop Head Coupé, which gets proper wind-up side windows and a more substantial hood. But, it’s heavier than the Roadster and the lines aren’t quite as clean, so you lose a bit of the purity. That said, the right-hand-drive Drop Head Coupés are quite rare with just 295 examples produced

The FHC is arguably the prettiest car in the line-up, but, like the Drop Head it has a slightly higher door line and taller drivers could find themselves struggling for space in the enclosed cockpit. While not as sporty as the roadster, some Fixed Head Coupes were raced and rallied in period and it has the benefit of being usable in all weathers.

The XK140 stayed fairly true to the iconic lines of the 120 but there were some key advancements. The engine, for example, had a little more power and it was moved further forward to create more space in the cabin. The steering was updated to a rack and pinion set-up for extra precision and ease-of-use and for the first time overdrive was offered as an option, as was an automatic transmission.

Undeniably still a beautiful car, there are some that say the 140’s heavier bumpers and less refined cast grille detract from the absolute purity of the XK120.

The Roadster variant is very popular, and the right-hand-drive versions are extremely rare – only 74 were built. What’s more, if you can find one that was raced in period then that’s very special indeed.

The XK140 DHC is arguably the finest all-rounder in the XK range. You retain the curvaceous wing lines of the 120, can enjoy open-top motoring, have wind-up windows, a proper hood, rack-and-pinion steering and a little more space in the cabin compared to the XK120 DHC.

The XK140 Fixed Head Coupé is an often-overlooked member of the XK family. With an extended roofline over the XK120 FHC you get more space in the cockpit, and all the mechanical benefits of the XK140.

Arguably a very different car to the 120 and 140, the XK150 is wider and, visually, the most differentiated of the whole XK range. But it’s a much more modern car, too, featuring a single-piece wraparound windscreen and disc brakes as standard. And while both cars that had gone before featured solely a 3.4-litre engine, the XK150 was sold with either a 3.4-litre or a 3.8-litre engine – both of which were available with uprated ‘S’ variants. Once again three options of transmission were available: manual, manual with overdrive and automatic.

For the XK150 model even the traditionally spartan Roadster variant was treated to wind-up windows, leading to a slight shift in character across the range, more towards the grand tourer end of the scale. With a far more spacious cockpit the 150 is well suited to drivers of all heights.

The 150 is the heaviest car in the range but still offers fabulous performance, especially when uprated to S specification.

What to look for?

Once you’ve decided which XK is right for you, there are a few other considerations to take into account. How rare is the car you’re buying? The right-hand-drive XK140 OTS, the XK150 OTS 3.8 S DHC and the very early alloy-bodied XK120 Roadsters are all rare cars. As a general rule the rarer the car the more desirable it is

The quality of restoration is also extremely important. Although these cars are mechanically fairly simple, the bodywork has some complicated lines that are difficult to recreate accurately if repairs or replacement are necessary. You want to make sure the bodywork is right before you buy or you’ll be paying a premium for work that may need to be redone. The heart of every XK is the six cylinder double overhead camshaft XK engine. This unit is incredibly robust and relatively straightforward to maintain but, if you are buying a running car, do check the oil pressure and listen for any untoward sounds.

Also look for matching numbers – especially on rare cars like the 3.8S – and originality. It’s important that a car with a special attribute (such as a prototype, or very rare production model) has as much originality as possible. By way of example if you are buying an alloy bodied XK120 a car with its original bodywork will be more desirable than one where the body has been replaced.. Clearly, with these cars the more provenance the better, too; a racing history, original bill of sale and celebrity ownership are all worth keeping an eye out for. If you find a car that doesn’t have matching numbers or has lost some of its originality that’s OK, but know what you are buying and pay a price that reflects what it is.

The modified vs. original debate very much depends on the specific XK you’re looking at. A very original car perhaps isn’t the best candidate for a raft of upgrades, for example.

But there is certainly a growing market for XKs that have been fitted with sensible upgrades that enhance the day-to-day driving experience. Typical modifications would include an uprated gearbox as well as uprated suspension, brakes and engine cooling. These additions, all available through JD Classics, are reversible and largely invisible and make the XK range a very practical and usable group of cars.

Or to find the Jaguar XK models currently on sale with JD Classics, click here