Returning to a calendar favourite yet again, this weekend’s Goodwood Revival sees JD Classics campaign the distinctive Ecurie Ecosse Jaguar XK120 of Steve Ward in both car and driver’s competitive debut at the iconic Goodwood circuit.

Friday morning and the second session of the day, Steve Ward had just 15 minutes to make his mark in qualifying for the weekend’s Fordwater Trophy. With an extensive field of production-based sports and GT cars to contend with, the XK120 headed out onto the track as the session began.

A tentative start for Steve Ward produced lap times just over the two minute mark to begin with but after just three laps the XK120 both was setting a competitive pace and improving with every subsequent lap to be running in 11th place by Lap 6 alone. Coming into the latter stages of the qualifying session, mid field traffic slowed down the XK120’s pace causing the car to lose a couple of places but nevertheless qualified in the top half of the field and a strong 13th place achieved with a fastest lap time of 1:49.2 ahead of Saturday morning’s 20-minute Fordwater Trophy. 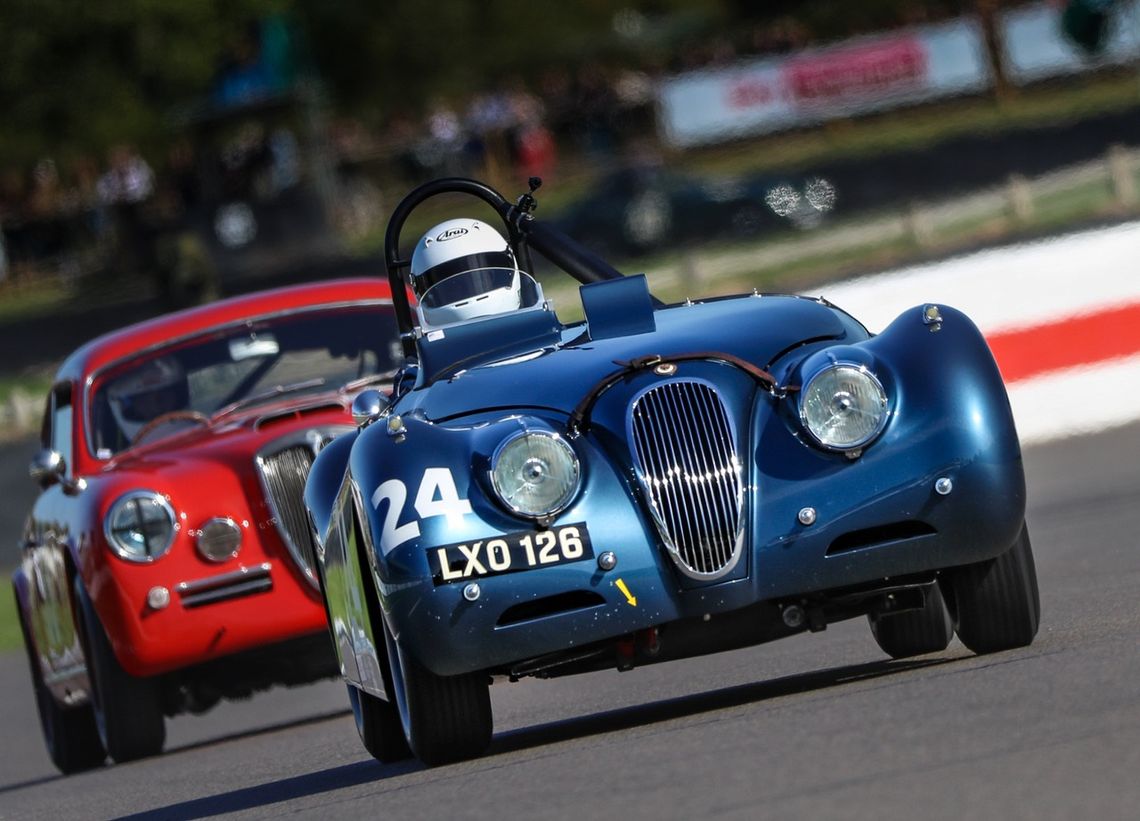 Steve Ward made an impressive debut at Goodwood Revival this weekend in his Ecurie Ecosse Jaguar XK120, qualifying and finishing in 13th place within the St Mary's Trophy.

A far cry from last year’s wet Revival weekend, Saturday morning arrived sunny and more importantly dry as the Fordwater Trophy was the first race of the day. Sitting respectably in 13th place on the grid, the 20-minute race got underway as the pole sitting Porsche 356 of Sam Tordoff led the field away from a standing start. Roaring down into Madgwick, Steve Ward got off to a good start gaining a place by the first corner alone.

As per qualifying, the XK120 began to get into the swing of things as the lap times began to decrease and by Lap 8, Steve Ward produced his quickest lap of the weekend with a 1:48.1, over a second faster than his previous best in qualifying. Running wide at St Mary’s on Lap 12 set back the Ecosse XK120 temporarily to 15th place but with time for just about two more laps, Steve Ward made his final push to gain as many places and finish the race in 13th position, adding yet another strong performance in the ever-expanding racing repertoire of Steve Ward.