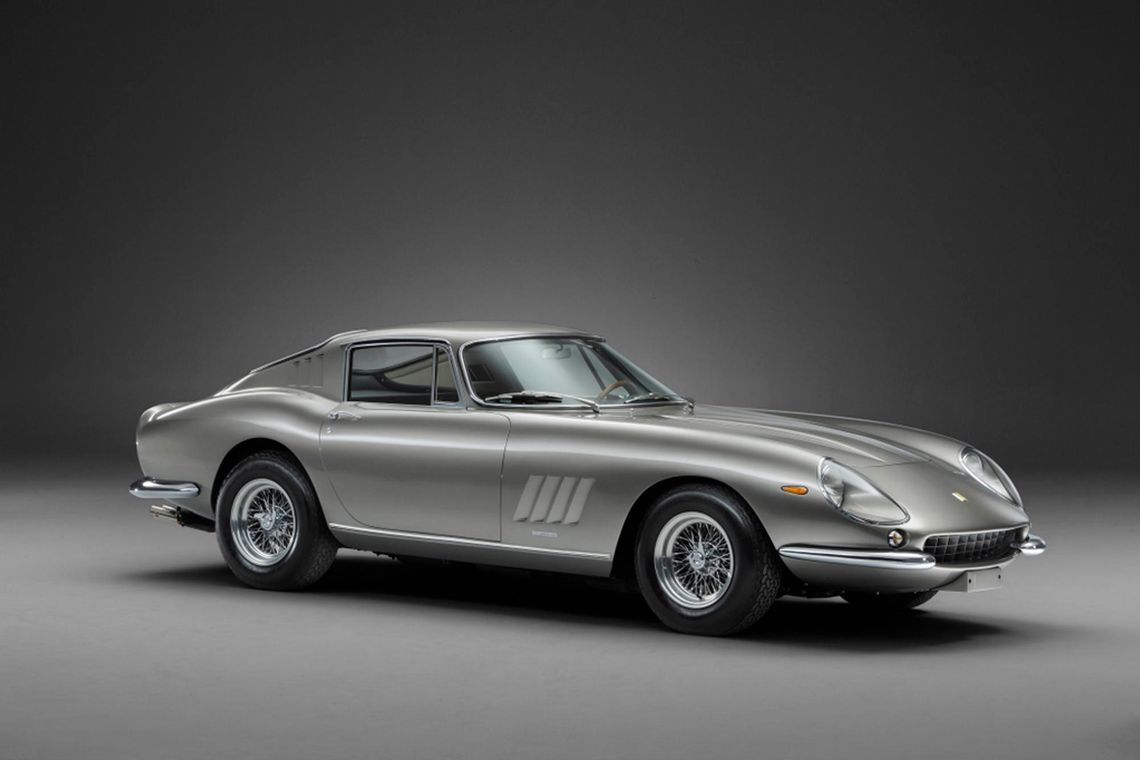 Designing and engineering a new Ferrari always brings with it the immense pressure of creating something worthy of the Prancing Horse, and all Ferrari legends that have come before. But in 1964, at the Paris Auto Salon, the magicians from Maranello revealed to the world a Ferrari that has proven itself more than worthy in the fullness of time; the 275 GTB.

With a production run of 785 vehicles that spanned from 1964 to 1968, the 275 was designed to have out-and-out sports car ability, with grand tourer drivability. As a result, the 275 boasted a number of significant advances developed from Ferrari’s motorsport exploits, becoming the first roadgoing model to receive both a five-speed transaxle gearbox and fully independent suspension.

But despite a familiar silhouette throughout the four-year production run, there are a number of different 275 variants, all with subtly different characters.

The early cars are commonly known as two-cam, or 275 GTB/2, and can essentially be split into two distinct variants; the short nose, and long nose. The short nose arrived first, and around 250 were produced before the long nose was introduced, bringing with it – as you’d expect – around three inches of extra length at the front end of the car. With that came improvements in high-speed stability alongside a number of other key advancements, including a fibreglass floor.

During 1966 – shortly before the four-cam version was introduced –  a number of GTB/2s were produced that were equipped with a new rigid torque tube and larger brake boosters. These upgrades were to be carried through to the much updated four-cam variants later that year, making these final two-cam models perhaps the most well-rounded.

Among all these GTB/2 variants are a few other subtleties that it’s worth looking out for; those with alloy bodies, and those with six carburettors rather than the usual three. These factory options were fitted to a small number of vehicles bringing additional lightness and performance, respectively. Both are also a mark of rarity, and by definition, value.

Ferrari did also produce a very small number of 275 Competizione Speciales for the 1965 racing season and the lightweight 275 GTB/C for the 1966 season – both boasting a number of bespoke components and a lightweight construction.

In October of 1966 at the Paris Motor Show, Ferrari introduced the four-cam 275, known as the 275 GTB/4. With a reworked version of its 3.3-litre V12 engine, Ferrari had boosted power from around 250hp to 300hp, but also introduced a number of improvements to handling, refinement and noise. All of the GTB/4s were ‘long nose’, and differentiated from their two-cam brethren by a subtle bulge in the bonnet.

As with the GTB/2, Ferrari also offered the four-cam 275 with an alloy body – an option that only about 15 of its customers opted for, making these variants extremely hard to come by. There were no official ‘Competizione’ racing versions of the GTB/4 produced but some did race in period, and those with this kind of provenance are a little more desirable.

Only ten convertible versions of the 275 GTB/4 exist, labelled as NART Spyder variants, and sold in-period by only one American dealer – Luigi Chinetti. Chinetti – also founder of the North American Racing Team, hence the name –  had essentially commissioned the car directly from Enzo Ferrari, with plans to sell 25. In the end, Chinetti only sold 10, creating in the process one of the rarest Ferrari models of all time.