Friday morning’s 30-minute practice session allowed both car and driver chance to re familiarise themselves with the circuit before Friday evening’s qualifying session, however unusually wet weather conditions plagued the beginning of practice and with a red flag on the first lap stopping the session, the field returned to the pits while the stranded Austin Healey in question was rescued from the first corner. With the session quickly given the green light to recommence, Chris Ward and Josh Ward left the pits in the Lister Knobbly and Jaguar XK120 respectively. Putting in just two flying laps, the Lister Knobbly produced an impressive 2:20.7 before returning to the pits and handing the drive over to co-pilot John Young. Having taken part in the test session the day before, Steve Ward sat the practice out and Josh took to the driver’s seat in a solo drive. With an initial first flying lap of 2:42.3, the Ecosse XK120 began to pick up the pace as the lap times continued to get quicker to produce a fastest lap of 2:28.0 on his final lap, a clear three seconds faster than his quickest lap time at the Algarve circuit in 2017. Meanwhile, John Young continued to maintain the pace set by Chris Ward and shaved another three seconds off the Lister’s previous best time to finish the practice session in 2nd place with a time of 2:17.7 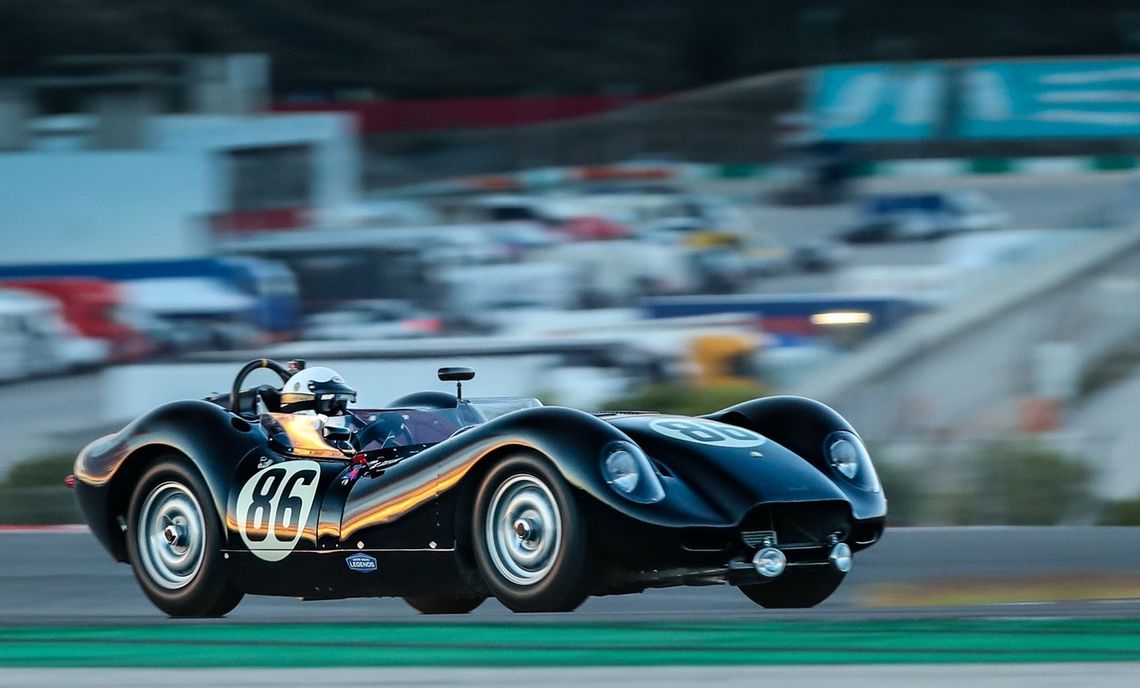 Last to qualify on Friday was the 50s Sports Car grid and as the light began to fade into darkness, the field began the longer 40-minute session. The Lister Knobbly’s first flying lap positioned the Woodham Mortimer run car into 2nd place behind the Tojeiro Jaguar of James Cottingham and Max Girado, however by Lap 4 the Lister fell victim to a broken drive shaft and was forced to retire from the session. As the team set about fixing the poorly Knobbly, Steve Ward made good progress on his lap times and by Lap 6 was running in 21st place. A red flag on Lap 7 was the Ecosse Jaguar’s chance to come and in and swap driver as Josh Ward re-joined the field eagerly awaiting the green flag in the pit lane. Due to the session being red flagged, another ten minutes were added on thus allowing the field to get a few clear flying laps before the chequered flag fell. Making good of the extra time and despite now racing in complete darkness, Josh Ward and the XK120 powered from 22nd to 19th place on only his second lap with a 2:26.9. As the session reached its latter stages and with one last push on the final lap, the Ecurie Ecosse car charged through to its fastest lap of 2:24.2 and 19th on the grid, beating their qualifying best of last year by almost 4 seconds. 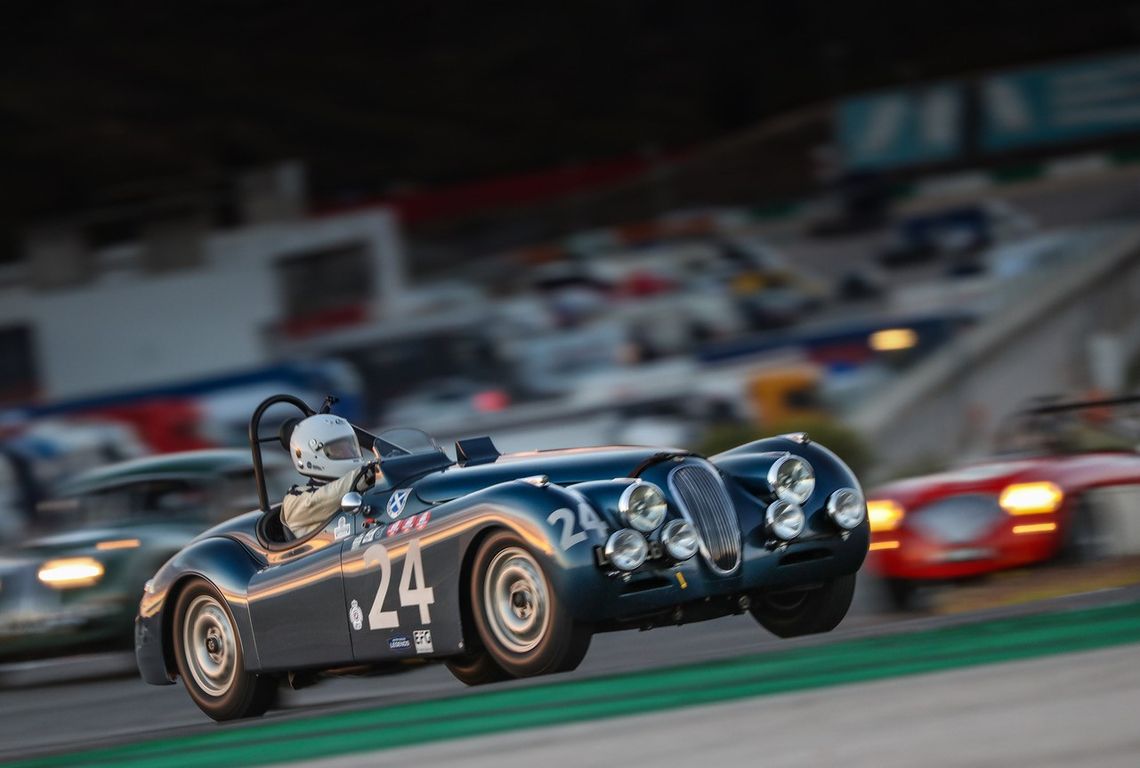 As Friday evening's qualifying session descended into darkness posing trickier conditions, the Ecurie Ecosse Jaguar XK120 produced a time of 2:24.2, its quickest lap on the Algarve circuit to date.

The Tojeiro Jaguar of James Cottingham and Max Girardo led the extensive MRL 50s Sports Car grid through from a rolling start as the two-hour race got underway. Starting from 5th place, Chris Ward’s Lister Knobbly commanded the race off the line to take the lead by the first corner. A slow start from 19th place for the Ecurie Ecosse Jaguar XK120 saw the car temporarily slip back to 22nd, however as the race progressed Steve Ward had returned to his original starting position by Lap 9. With drivers allowed to do no more than 55-minute stints at a time, the Ecosse XK120 was bought in for driver changeover on Lap 15. With just over 1hour and 20 minutes left, Josh Ward re-joined the race running in 20th place. On Lap 23, the Lister Knobbly performed its first pit stop and handed the drive and 9 second lead over to co-pilot John Young as the race entered the dark making on track conditions all the more challenging on the already complex Algarve circuit. 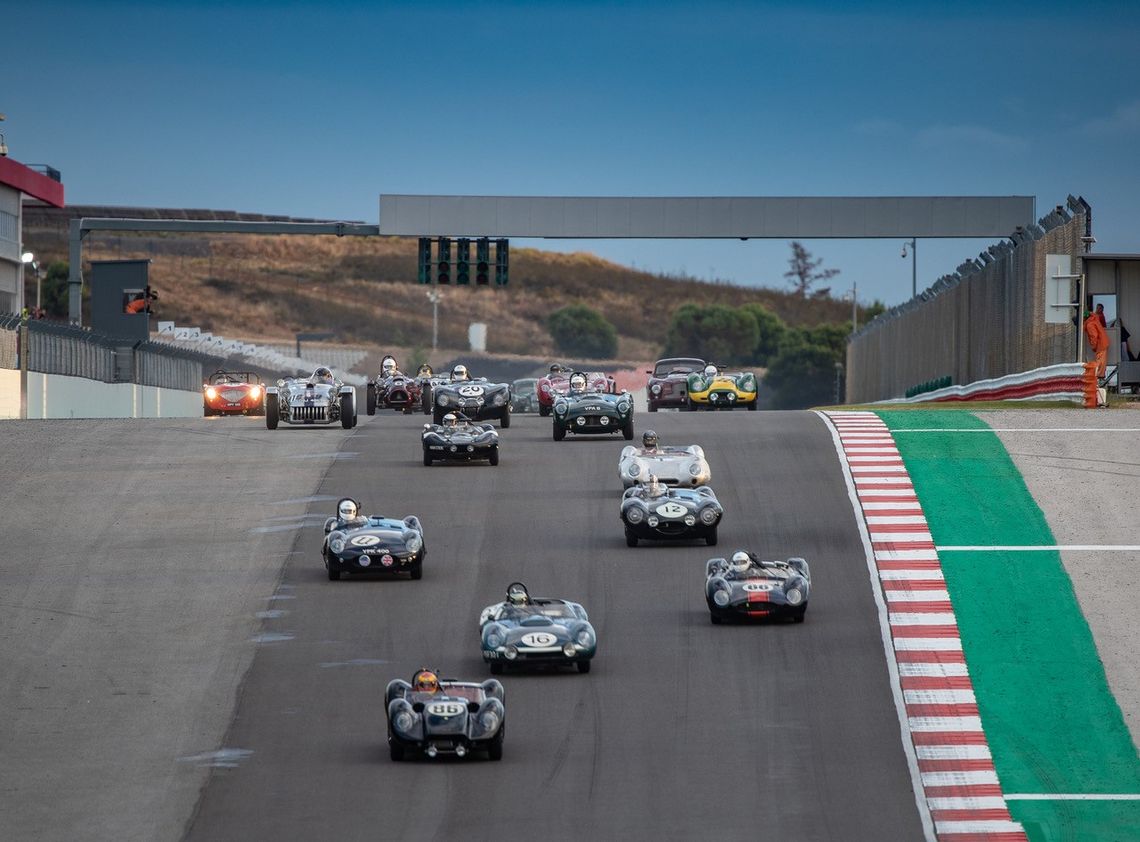 Starting the race from 3rd on the gird, the Lister Knobbly of Chris Ward and John Youn commanded the majority of the race, having claimed the lead by the first corner.

Having completed just two flying laps since driver changeovers, the Ecosse XK120 was given a drive through penalty for pit lane speeding which was completed on lap 21 with Josh Ward maintaining his position of 16th. Another two laps and now running in 14th, the XK120 was handed a second drive through penalty for speeding in the pit lane which was quickly completed on the following lap. Undeterred, Josh Ward continued to vye for position producing consistently quick lap times. A marshalling error on Lap 30 meant the XK120 had to complete a third penalty stop, this time in the form of a ten second stop go penalty. Completing the stop promptly, Josh had just enough time on his driver stint to complete one more flying lap before handing the final 30 minutes of the race back to Steve Ward.

With John Young now behind the wheel, the Lister Knobbly remained at the front of the field extending the gap between the Knobbly and second placed car to almost 12 seconds. Lap 33 and the car was called in for its refuelling stop, however missing the refuelling point, the Lister had to drive through the pits and round to complete another lap eating into the car’s 12 second lead as the former pole sitting Tojeiro picked up the pace. With fueling and the final driver changeover complete, Chris Ward returned to the driver’s seat to complete the final 30 minutes to the chequered flag. 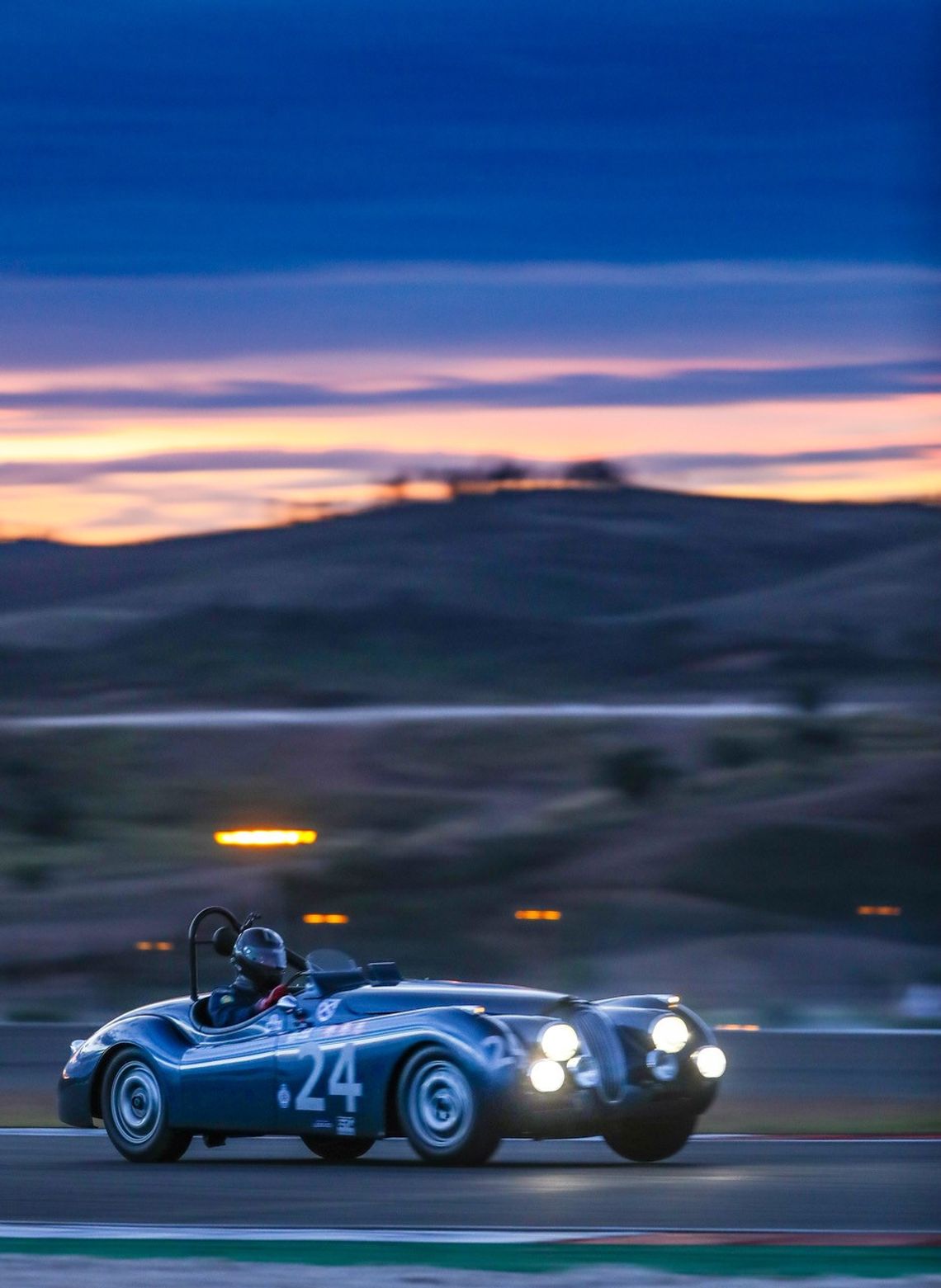 Despite a challenging driver stint for Josh Ward, the XK120 ran well to claim a third in class award in the weekend's 2 hour 50s Sports car race.

With the race in its latter stages, Steve Ward came in to complete his required refuelling stop and with just 7 minutes of the race remaining maintained position to finish the 2 hour race 3rd in class and 17th overall. With the Cottingham/Girardo Tojeiro Jaguar now in the lead, the Lister re-joined in 4th place on Lap 37 and as the grid powered towards the chequered flag, Chris Ward and John Young completed the race in 3rd place having achieved the fastest lap time of an impressive 2:08.8.