On Sunday 24th September, a selection of over 120 carefully selected cars congregated at the Essex based Warren Golf Course for the annual Concours d’Elegance.

Competing over twelve diverse categories, cars are judged on their presentation and originality with competition getting stronger with every year. For this year’s concourse, JD Classics were pleased to compete four impressive classic car examples; a 1953 Ferrari 250MM Vignale Spyder, 1964 AC Cobra and their 1972 Lamborghini Miura SV. The 1961 Aston Martin DB4 Series 3 factory demonstrator was also on display throughout the weekend.

The 1964 AC Cobra is believed to be the last competition Cobra driven by Carroll Shelby and only 1 of 32 cars prepared to full factory race specification including period race instrumentation and lap belts. Raced by Tom Payne in the mid-1960s, the car has been restored to original form by the Shelby American Museum Authority, a restoration of which claimed the car an impressive 2nd place within Class N: Racing Category. 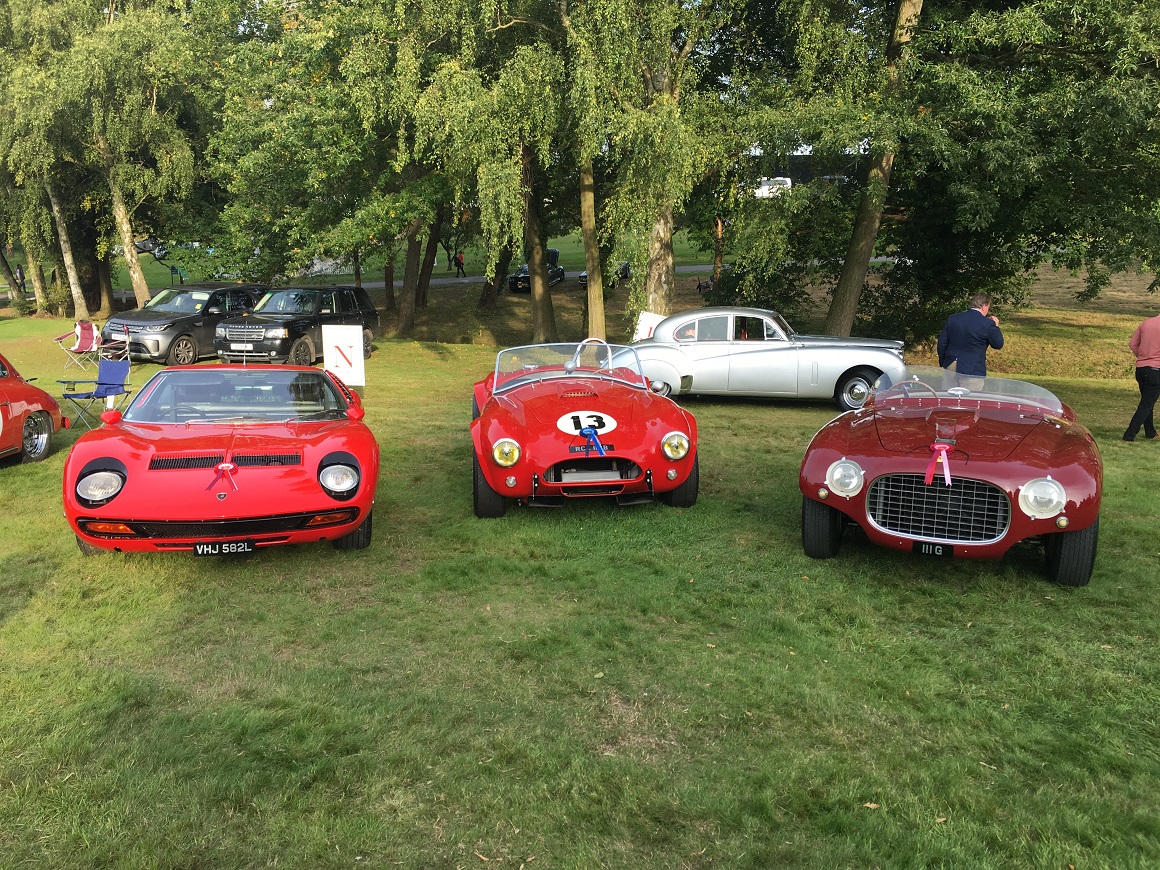 With four cars in attendance, JD Classics acheived 2 class wins and an overall 2nd place at this years Concours d'Elegance at The Warren.

Entered in Class F: European Classics, the 1972 Lamborghini Miura showed by JD Classics is one of just 20 RHD drive examples built and is believed to be the only example in existence with full factory options. Having been test driven by Valentino Balboni, the then chief test driver of Lamborghini, the car was awarded Best of its class at this year’s Warren Concours d’Elegance.

Completing the line-up for JD Classics at this year’s Warren Concours d’Elegance was the 1953 Ferrari 250 MM Vignale Spyder. One of just four series 2 ‘low door line’ Ferrari 250 MM’s from a total production of just 31 cars, JD Classics’ Vignale Spyder was driven very early on by British racing driver Mike Hawthorn in the 1953 Mille Miglia. Raced by a number of both British and Italian drivers during the early 1950s, the car was considered instrumental in the development of the V12 Colombo engines resulting in some of the most successful Ferrari wins of all time. Discovered in the 1970s in South Africa by Colin Crabbe, the car was brought back to the UK and is still run competitively, most recently in the 2015 Mille Miglia. Having been entered in Class H: Ferrari Racing, the JD Classics Ferrari impressed the judges to not only receive the best in class award but to finish a close 2nd place in the overall Best in Show category behind a 1960 Alfa Romeo 3000CM ‘Superflow IV’.