Their third year as gold sponsors, JD Classics once again participated with ten cars in the 2017 edition of the Mille Miglia. Consisting of both JD Classics and customer owned cars, this year’s team included a wide range of varied marques and models including Jaguar XK120s, a Lincoln Capri, Porsche 356 and an AC Ace to name but a few.

With competing crews arriving at the town’s Fiera di Brescia, the 450 car field began to congregate in the hangar like building as scrutineering got underway whilst competitors got to enjoy JD Classics’ on-site hospitality suite.

With all ten JD cars having successfully completed scrutineering and with all drivers signed on, cars were escorted down to Brescia’s Piazza della Vittoria where they have a lead ring placed around each car’s steering column in the sealing ceremony; a traditional and long standing part of the event. 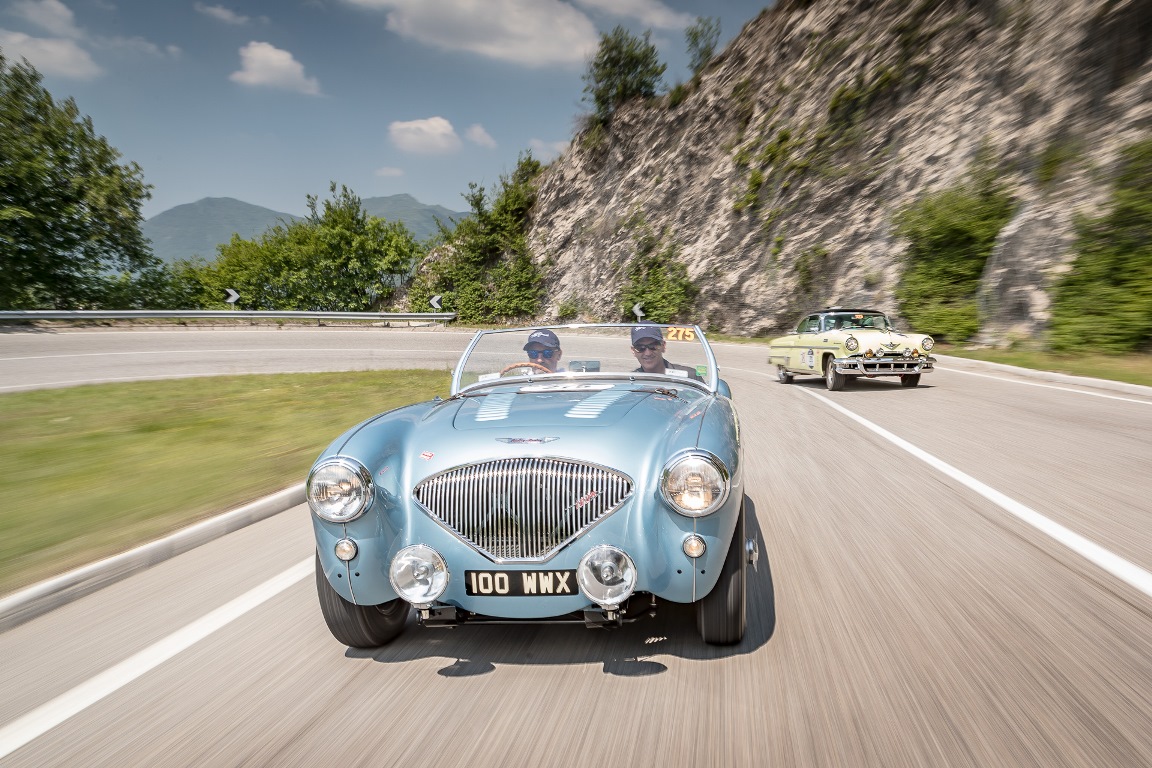 The first leg of the rally began on Thursday afternoon and in hot and sunny conditions, the ten JD Classics cars lined up at the start ramp ready to embark on their 1000 mile challenge. The first car of the event left the start line at 2.30pm and with approximately three cars per minute, the first of the JD team departed Brescia at 4pm. With consecutive start numbers, all ten competing crews were on their way within five minutes of each other as the rally got underway.

Heading to the first night stop of Padova, the JD Classics cars began to arrive after an approximate seven hour run. With all ten cars having arrived safely by midnight, the service crews set about prepping each car for Friday’s long run down to Rome.
With a gruelling 15 hour leg from Padova to Rome, Friday got off to an early start with the JD Classics team departing at 8am. With service crews in pursuit throughout, the route tested both car and driver as the rally headed up through winding roads and tight corners towards San Marino for the official lunch stop.  From here, the rally continued down to Rome with the treacherous mountain terrain proving challenging throughout the remainder of the day. As the cars began arriving in Rome later that night, the weather began to set in and torrential rain and thunderstorms plagued the evening’s service with conditions proving too difficult to work in and subsequently postponing any evening work to the early morning. 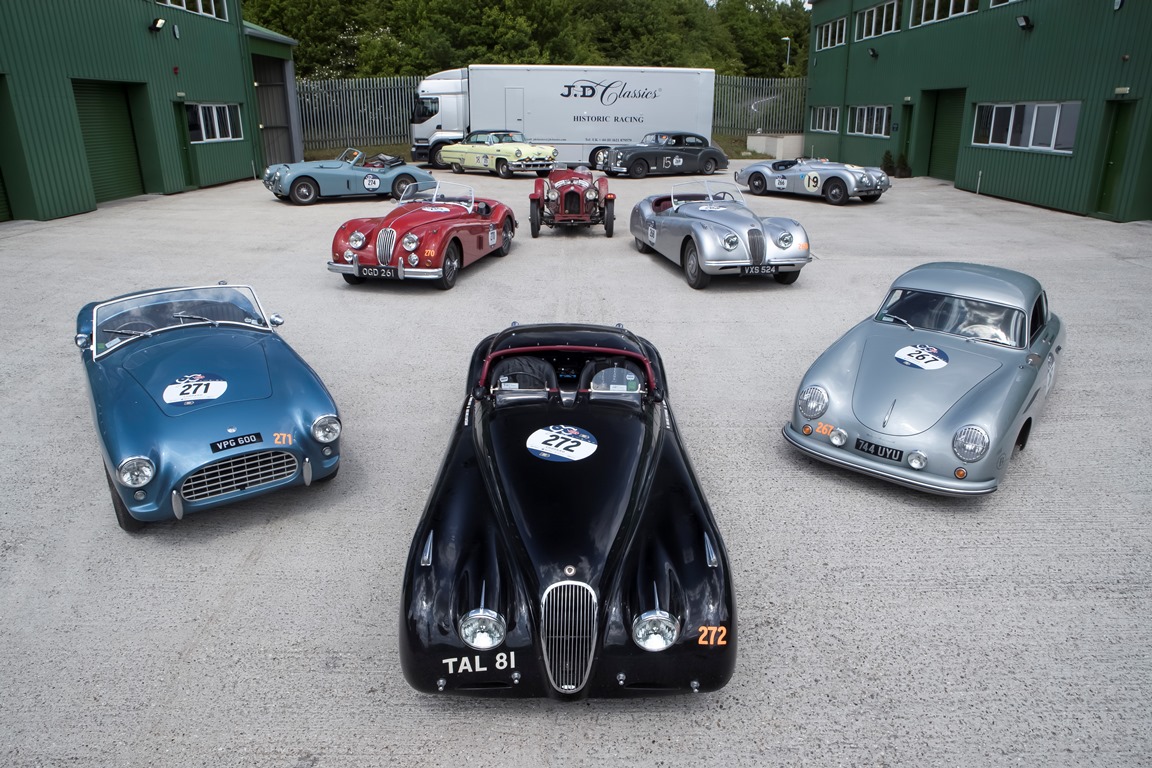 With all cars finally serviced once the weather had subsided early Saturday morning, the first JD car left Rome at 8.00am as the route headed back up the country towards Parma. Stopping just outside Siena for a time check point and the lunch stop after a gruelling 7 plus hours of driving already, cars continued to filter through and continue their journey through Modena and into Parma.

Arriving in the dark for the last time, cars began to congregate in Parco Ducale in the middle of Parma’s city centre. Once again, the support crews thoroughly examined and serviced each car to ensure its peak performance for the final stint back to Brescia.

Another hot and sunny day and the cars departed early for the short leg back to Brescia. A relatively short 7 hour journey, the first of the 450 competing cars began arriving back in Brescia to a large crowd of spectators cheering each car to its Mille Miglia completion. With all ten JD Classics cars completing the gruelling 1000 miles without fault, the Jaguar XK140 of father son duo Steve and Josh Ward topped the results list for JD Classics with a final classification of 165th place followed closely by JD Classics’ MD Derek Hood and Team Principal Steve Riedling in 185th.