A staggering 500 guests flocked to JD Classics on Sunday morning for our yearly breakfast morning which this year played host to 2009 Formula One Champion Jenson Button MBE.

Opening the doors to our 155,000sq/ft Maldon based headquarters, invited guests were able to explore the seven showrooms full of some of the most iconic classic and performance cars ever built. With JD Classics technicians on hand throughout the morning to answer questions, guests were also able to explore the in-house work shop, body shop, engine shop and competition department where the work on these classic road and racing cars take place.

At 10.30am and with the main workshop brimming with an excited audience, Jenson Button took to the stage alongside compere Simon Taylor, and with his 2009 World Championship winning Brawn GP car on display next to the stage the former World Champion spoke candidly about his life in motorsport. 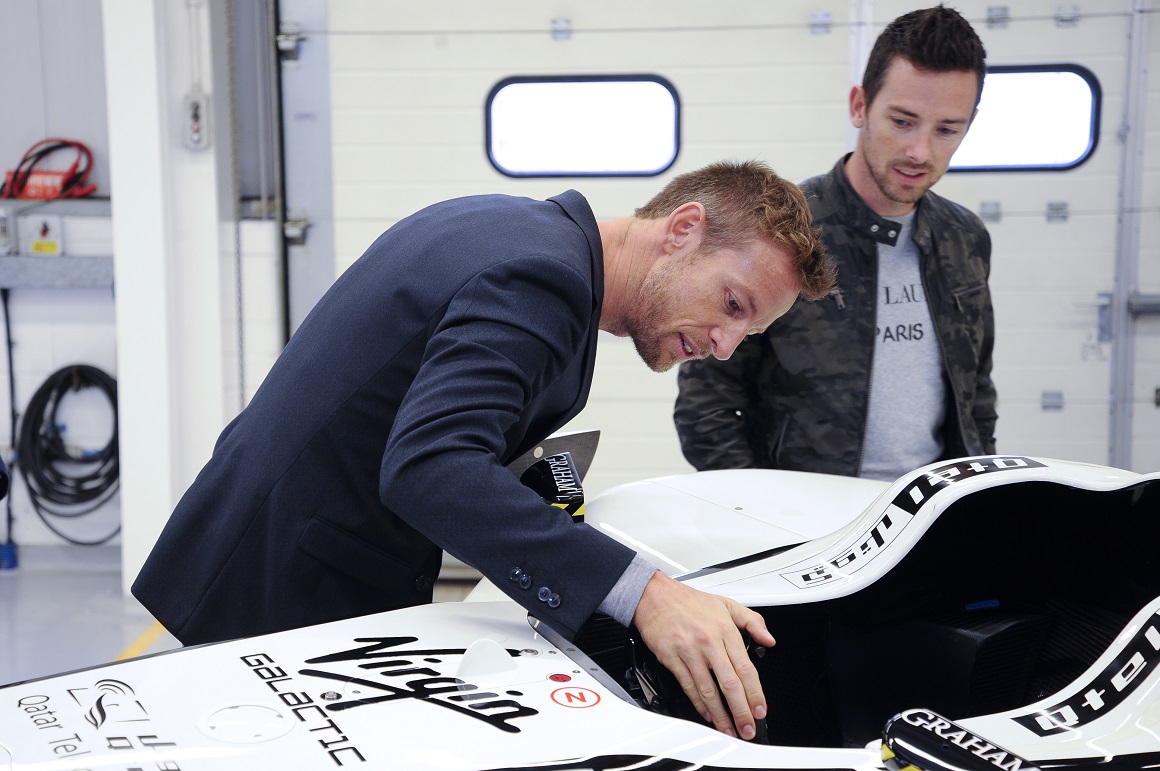 Jenson Button inspecting his 2009 World Championship winning car which was on display throughout the morning.

Starting his racing career in a go-kart bought by his father, the passion for motorsport was born from there “It was just something for us to do on the weekends…then somebody said we should enter into a race – which was never the plan – but I did, and I won my first race.” Moving from karts to Formula Ford in 1998, Jenson quickly moved up to Formula 3 having won the Formula Ford championship with Haywood Racing in his first season. With his driving ability catching the eye of racing driver Alain Prost, Jenson was invited to test his first Formula One car at the end of 1999 which he recalled fondly “The thing about Formula One mechanics is they give nothing away. I felt good with the car, came back in and I’m looking around and there’s no reaction from anyone. Anyway, I went back out and ended up going quicker than Jean Alesi had the previous day so then I sort of knew that I’d done ok…”  Having impressed Frank Williams with his performance, Jenson was soon snatched up by Williams as they signed him to drive for the 2000 season as his 16-year Formula One career began. 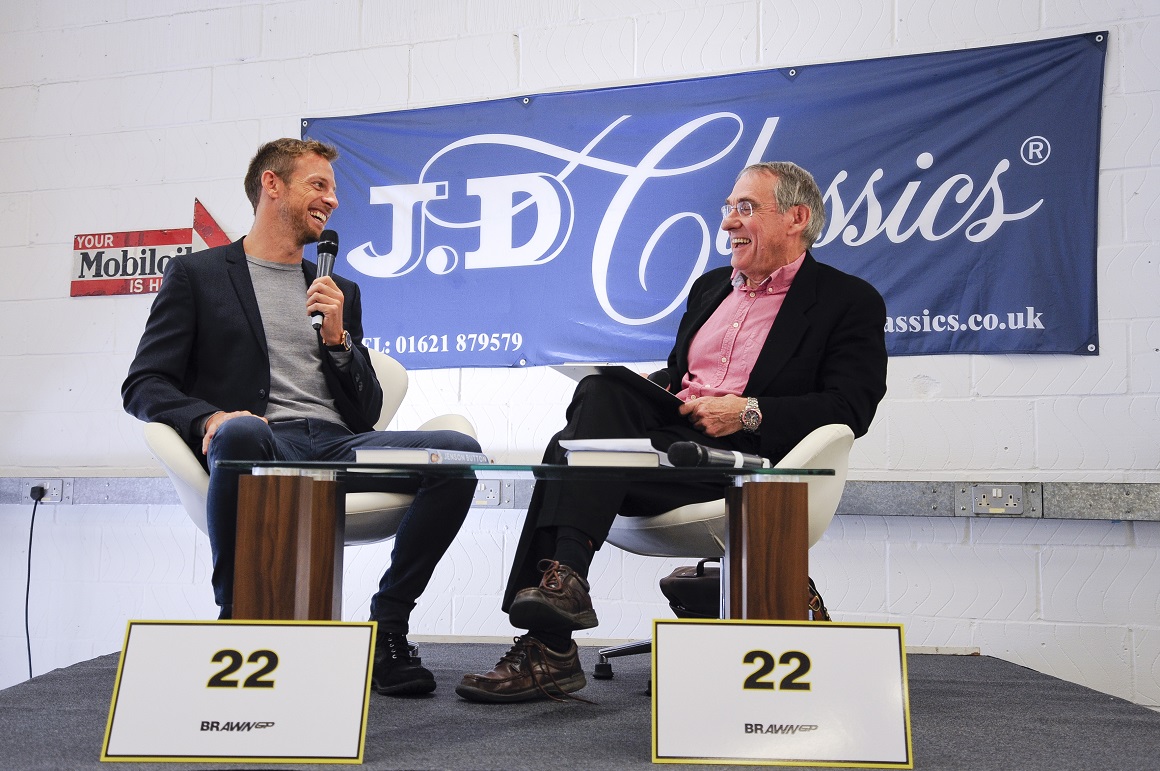 In front of a packed workshop, Jenson Button candidly discussed his illustrious racing career from go-karts to winning the 2009 Formula One World Championship.

Going on to drive for Benetton and BAR, it wasn’t until 2006 and with Honda that Jenson achieved his first win at the Hungarian GP “I had 12 laps to go and I was 35 seconds ahead. A lot of drivers say they want to race to finish immediately, they’re worried about things going wrong. But I savoured every moment.”
The 2009 season got off to a shaky start following the collapse of the Honda F1 team in late 2008 leaving Jenson’s chances of a drive somewhat slim. Rescuing the ailing Honda team, Ross Brawn bought the team and Brawn GP was born. With not much time before the Australian Grand Prix season opener, Jenson recalled the chaos of preparing a race ready F1 car in such a short amount of time “It was so late that we got the call that it was back on…we were frantically running around figuring out where we get an engine from. We had Mercedes engines in the end, which didn’t fit – there’s actually a spacer between the tub and the engine to make it fit because it was designed for a Honda engine.” Despite the tumultuous start, the impressive Brawn GP car made its mark and with Jenson behind the wheel achieved a total of 6 wins and 9 podiums claiming the 2009 World Championship title. 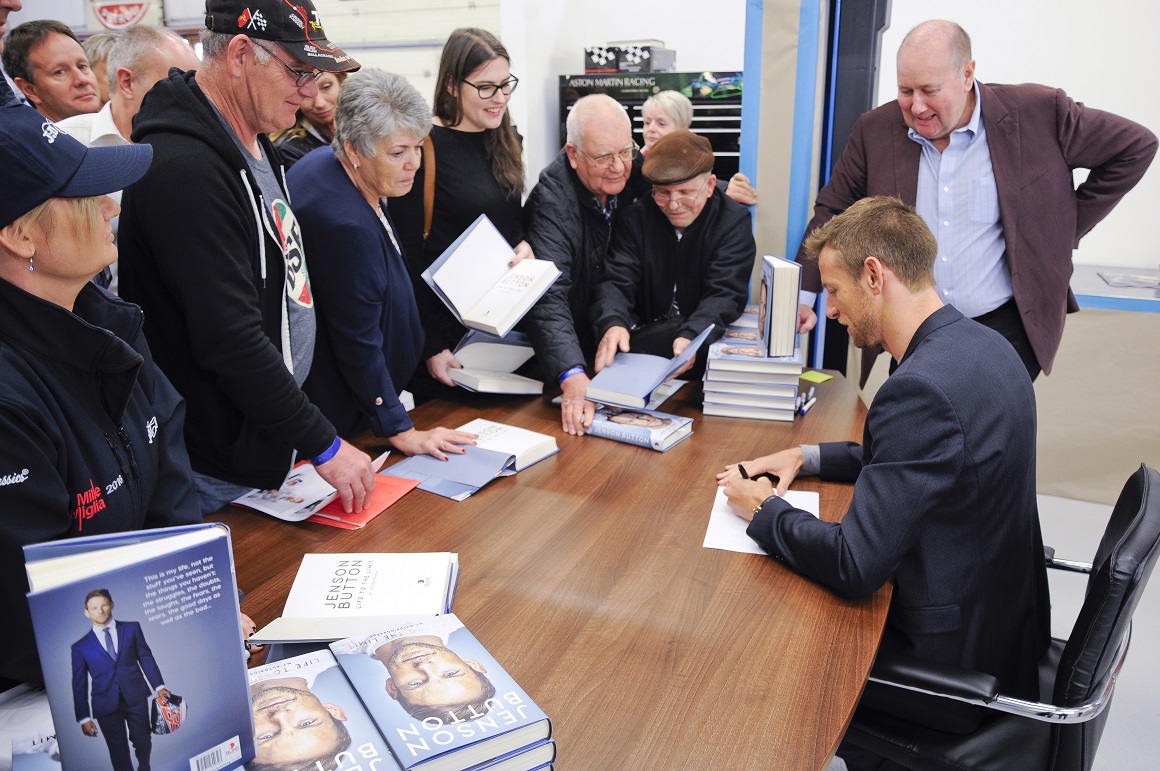 With the floor open to audience questions, Jenson was questioned as to what the furture holds post F1; I’ve really got into my classic cars, and coming to JD Classics is dangerous! I’ve already got a Ferrari F40 here – my dream car – and a Porsche 964 Turbo X88 Pack.”
Having entertained the fascinated audience for the best part of two hours, Jenson took time to sign autographs and take pictures with the morning’s guests as the 2017 JD Classics breakfast morning came to a close for another year. 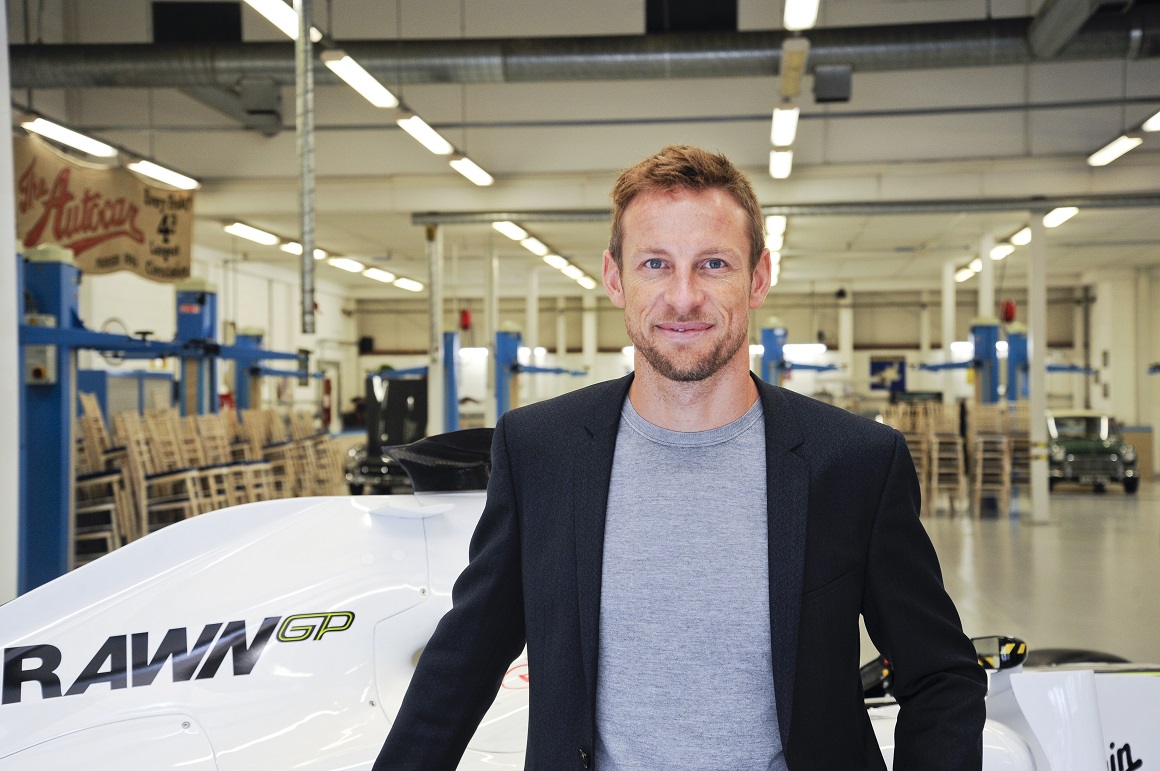 JD Classics were pleased to host another successful breakfast morning this year with Jenson Button as the special guest speaker.