With 200 classic cars and motorbikes in competition for one of the coveted 21 class wins, Pebble Beach 2016 showcased the World’s most revered classic car on the 18th fairway of the famed Pebble Beach Golf Links. Situated on the Pacific coast, spectators flock to the picturesque settings to admire the vast range of cars as an expert panel of judges select the best from each class.
Privileged to be participating once again this year, JD Classics competed two entries; a clients1966 Ford GT40 MK III Prototype and the 1955 Mercedes 300SL Alloy Gullwing Coupe. 2016 marked the 50th anniversary of the Ford GT40; meaning competition for the coveted class win was strong.
Having recently been restored by JD Classics to original MK III prototype specification, chassis number XP130/1 was originally developed when MK I production finished and production of the MK II GT40 began. This unused monocoque then became the basis for the left hand drive prototype MKIII road car. 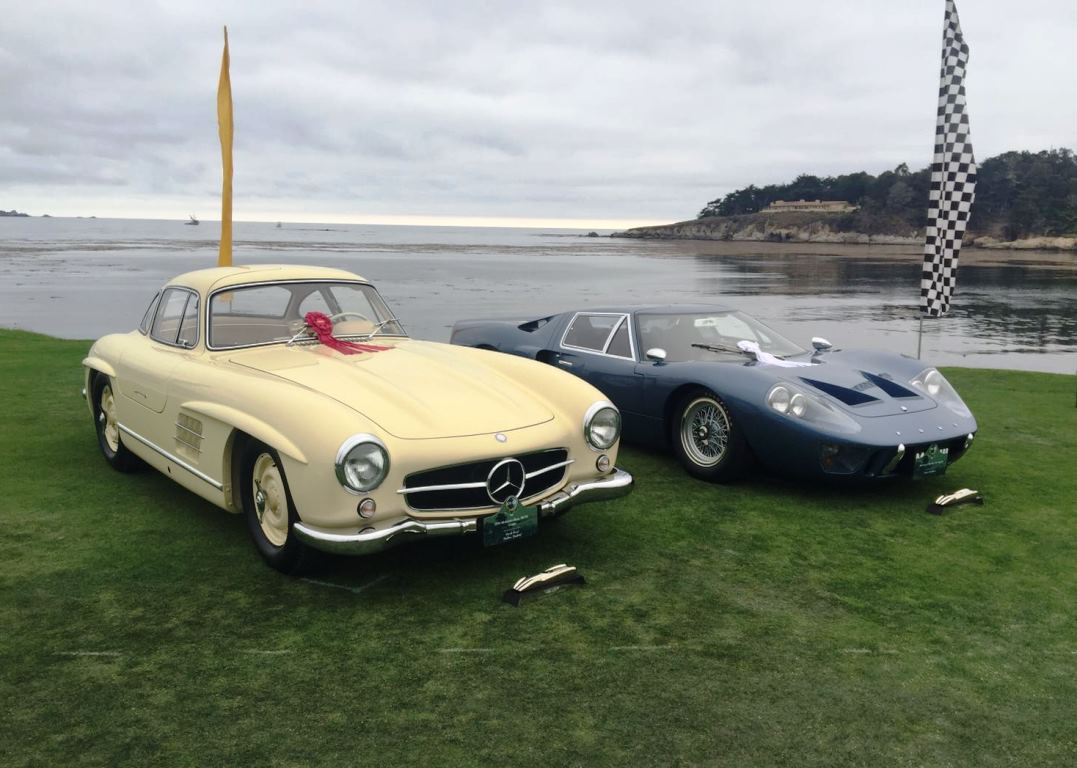 Both the Mercedes-Benz Alloy Gullwing Coupe and the Ford GT40 Mark III Prototype were awarded 2nd and 3rd places respectively within their classes at the 2016 Pebble Beach Concours d'Elegance.

First showcased at the New York Motor Show in April 1967, the car took part in several magazine articles in its early career including Car and Driver and Hi-Performance Cars in June and July of 1967 respectively. Having sustained some roof damage in the late 1960s, the car was put in storage until it was purchased by Prosser Mellon of Gulf Oil in 1973.Restored and sold onto Vintage Car Store in New York in 1976; the car now in its yellow livery was sold to Ralph Bass of New Jersey. Having been modified to MK I race specification in 2003, JD Classics went on to campaign the car competitively when they acquired it in 2010 before restoring it to its original 1966 prototype specification with GT40 expert Ronnie Spain authenticating the car and overseeing the restoration. With strong competition from the extensive field of GT40s within its class, the JD Classics restored car was awarded 3rd place within Class W: 50th anniversary of Ford GT40 Victory at Le Mans. 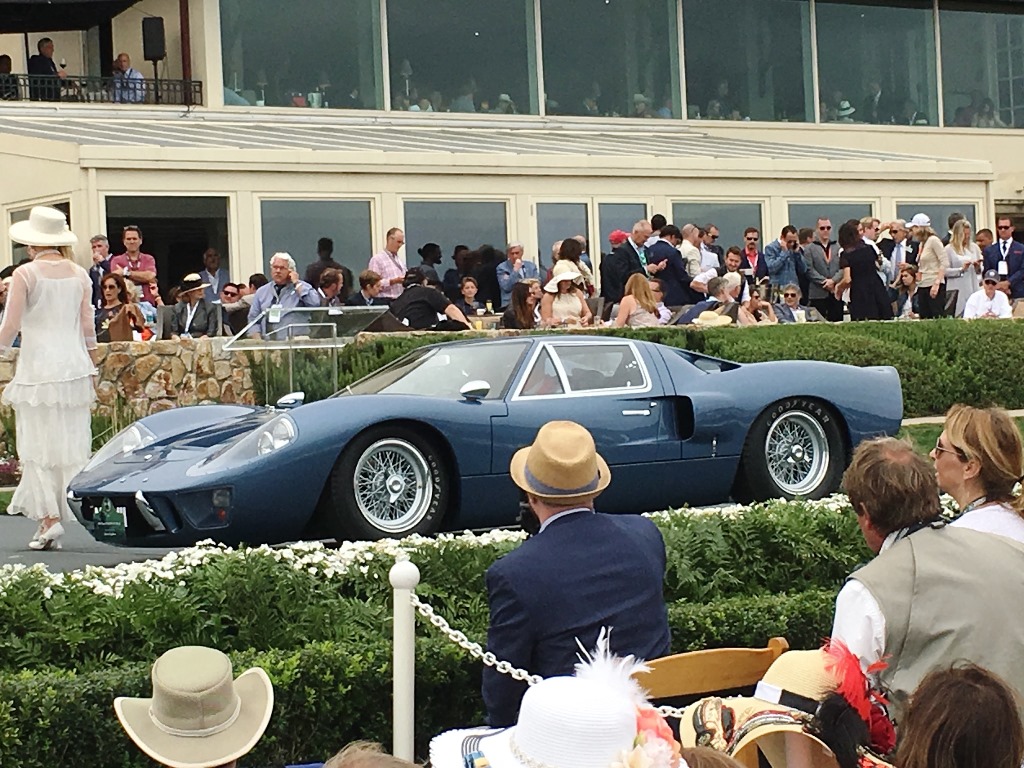 Recently restored by JD Classics to original MK III Prototype specification, our customer's car received its much deserved 3rd in its class award.

One of only 29 alloy bodied coupes produced, the JD Classics 1955 Mercedes Alloy Gullwing Coupe was first delivered to the Mercedes-Benz dealership in London. Remaining in the UK until 1982 during which it was owner by racing driver David Piper, the car was bought and moved to New Zealand before it underwent a full restoration to original specification which was completed in 2014. The car has more recently undergone over 1000 hours of concours detailing which was completed in August 2016. This particular Gullwing is the only of its kind that sports the unique Elephant Ivory livery with Ivory and Red tartan interior. The car’s stunning appearance coupled with its rarity value saw it awarded a prestigious second place within Class O-1 Post-war Touring to complete another successful Concours d’Elegance for JD Classics in 2016. 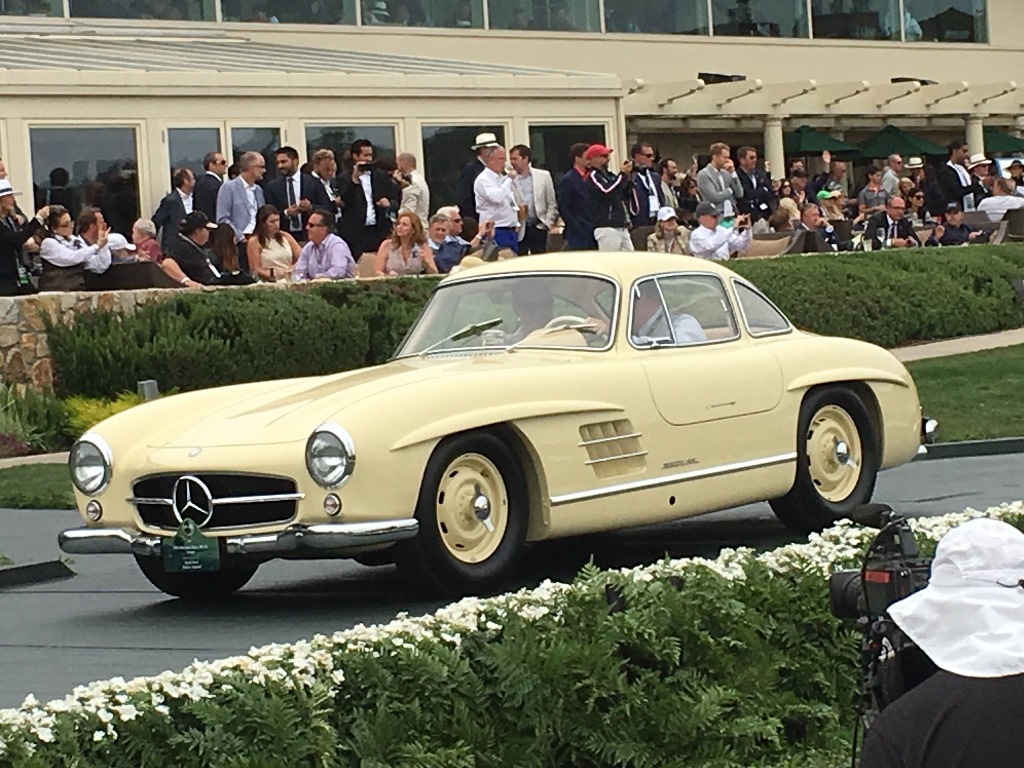