The backdrop of Monaco was the setting for JD Classics latest outing as they competed in the biannual Monaco Historique. A regular at the event, JD Classics raced their 1954 Cooper T33 and the ex-Fangio Jaguar C-Type with Derek Hood and Chris Ward behind the wheel respectively. Having claimed victory in the last two runnings of the event, JD Classics were hoping to make it a hat trick with the Jaguar C-Type having dominated its race in recent years. Competing in grid Serie C: Sports Racing cars raced from 1952 to 1955 inclusive, both the Cooper and C-Type were up against a 42 car filed consisting of Aston Martins, Ferraris and Maserati’s making for what looked like a lively weekend of on-track action.
The first of two qualifying sessions took place on Friday afternoon in dry and warm conditions. His first time driving on the complex street circuit, Chris Ward was very much thrown into the first session familiarizing himself with the track whilst trying to put in a competitive time. For both JD Classics cars it was difficult to complete a clear lap due to the volume of slower cars on the track, however this nor his inexperience at the circuit did little to deter Chris Ward as his raced the C-Type to second place on the grid behind the Cooper-Bristol of John Ure. Equally unfazed by the extensive field of cars, JD Classics MD Derek Hood drove the Cooper T33 to qualify in the top half of the field. 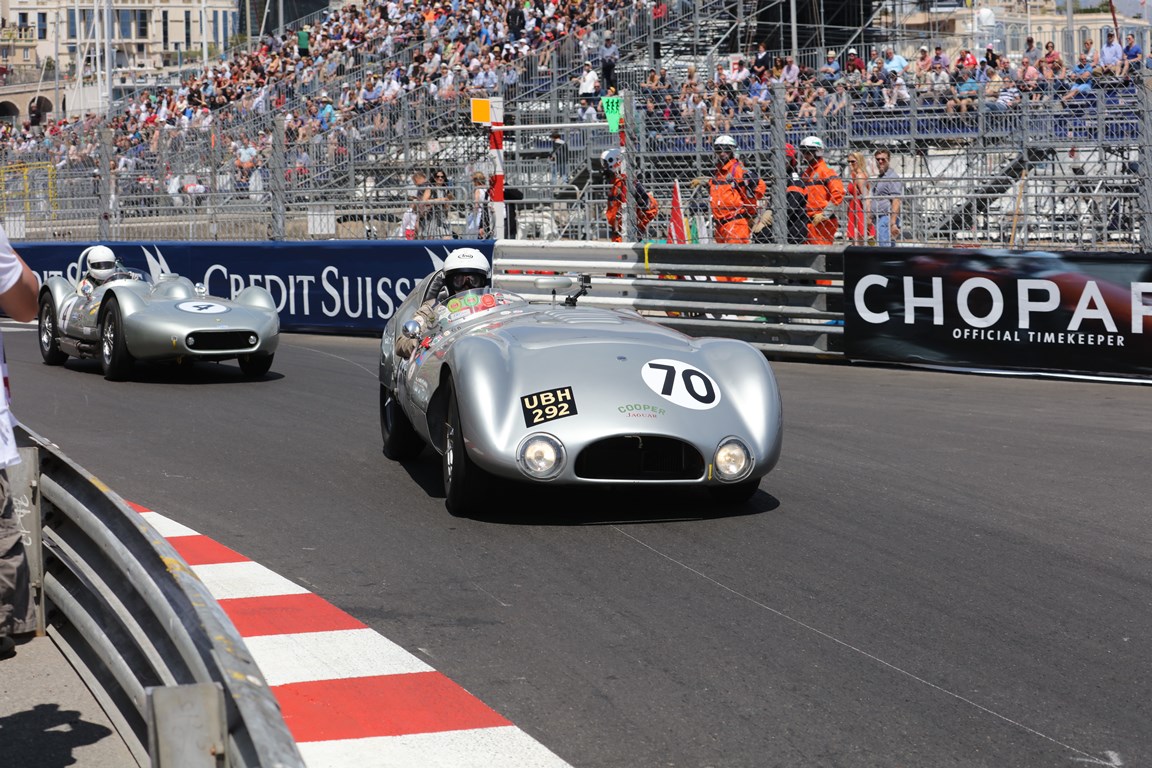 The second qualifying session took place on Saturday afternoon with wet weather plaguing the entirety of the 20 minute session. The team took the decision to hold back the C-Type in the hope to get a clear lap, a strategy of which worked well for Chris Ward. Although unable to improve on the previous days qualifying time due to the damp on track conditions, the C-Type matched its fastest lap showing the potential of more speed in the car. The second qualifying session was plagued with slow traffic for the JD Classics Cooper T33 and couldn’t get a clear lap so qualifying in 24th place.
Come Sunday afternoon’s 30 minute race, the weather had once returned to its Mediterranean best with sunny and warm conditions. Having claimed the fastest lap of the first qualifying session, the Cooper-Bristol of John Ure suffered a collision with a slow running Frazer-Nash which ended Friday’s qualifying early. This subsequently ended the weekend’s racing for John Ure and therefore handed the pole position to Chris Ward and the C-Type. Leading the pack through the green lights on a rolling start, the pursuit began with both JD Classics cars getting off to a flying start, the Cooper T33 making up five places off the start line. By the end of the second lap, the C-type was now running almost 2 seconds ahead of the pursuing Allard of Till Bechtolscheimer however this lead was diminished when double yellow flags were waved and the pack were closed back up. This did little to deter the C-Type’s charge as Chris Ward began building the gap up once again and began working through the back markers to make up a comfortable seven second lead and take the chequered flag to an unrivalled victory. 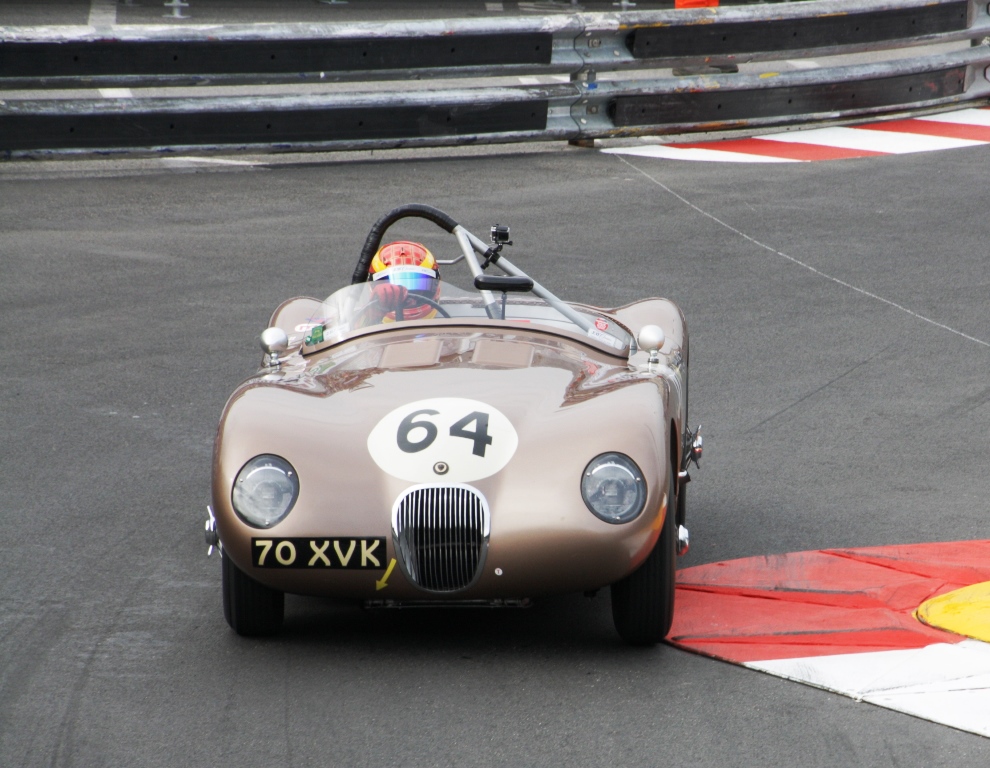 The JD Classics Jaguar C-Type claimed victory once again in 2016, making it the only car to have won three consecutive titles at Monaco Historique

Having got off to a flying start, the Cooper T33 of Derek Hood continued its pursuit tussling in the middle of the field. With a promising pace, the Cooper got stuck behind the Ferrari of Roberto Crippa with the tight street circuit making overtaking even more difficult. Despite this, the Cooper continued to apply the pressure to finish in 20th place.
Commenting on the weekend’s action, JD Classics MD Derek Hood; “It is great to be back at this iconic street circuit and even better to have claimed victory once again in our ex-Fangio C-Type. It is a testament to the driving skills of Chris Ward having not driven on the street circuit before and the dedication of the JD Classics race technicians who produce consistently competitive race winning cars. This year’s event is particularly special as it is now the third Monaco Historique in a row that JD Classics have claimed victory with our impressive C-Type, the first car in the event’s history to achieve this. Needless to say that this will be a weekend I won’t forget in a hurry!”