As the event’s acting gold sponsor for the second year in a row, JD Classics were privileged to have nine accepted cars participating in this year’s Mille Miglia. With a mere 450 places up for grabs, the demand to compete in the World famous rally increases with every year with an ever extending waiting list of cars eager to participate. The nine car line-up consisted of three Jaguar XK140s, two XK120s, 1952 Aston Martin DB2, 1952 Alfa Romeo 1900 and 1954 Lincoln Capri. The 1951 Jaguar MK7 of JD Classics MD Derek Hood and Competition Manager Steve Riedling completed the line-up.

Congregating in Fiera di Brescia prior to the rally’s start, all drivers underwent signing on and cars scrutineering before being allowed to take part. Once completed, competitors were issued with the sacred road books and car stickers. 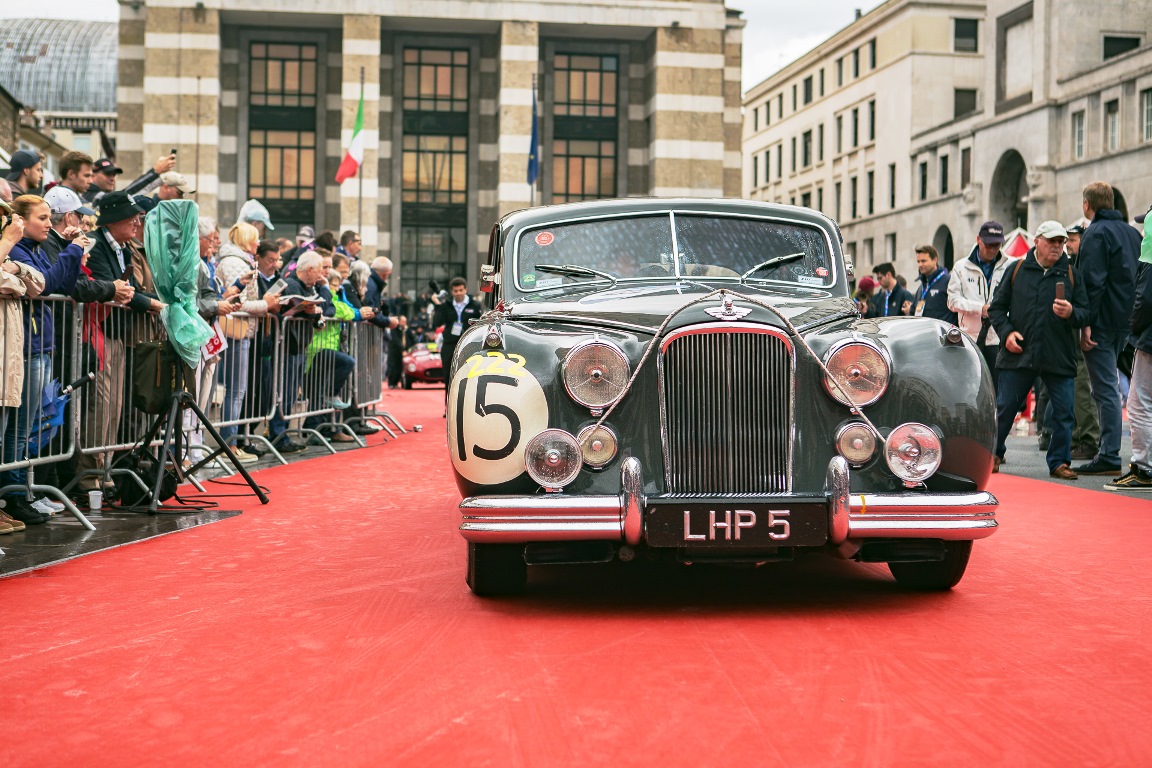 A focal point within the trade centre this year was the hospitality lounge. Hosted by JD Classics for the second year in a row, staff were on hand to welcome drivers and co-drivers alike and answer any questions whilst enjoying our hospitality. Competing cars were then escorted into the centre of Brescia to Piazza della Vittoria for the traditional sealing ceremony in which a lead seal is placed round the steering column of the participating car  – a ritual of which dates back to the event’s period running.

With this complete, the cars prepared for Thursday afternoon’s first leg to Rimini. With the first car leaving at 2.30pm with three cars every minute thereafter, the 2016 Mille Miglia got underway.  Seven hours of driving later and the first JD Classics car arrived in a very rainy Rimini. With all nine cars arriving safely to Rimini by midnight so the service crews began checking the cars over ahead of Friday’s longer leg to Rome. 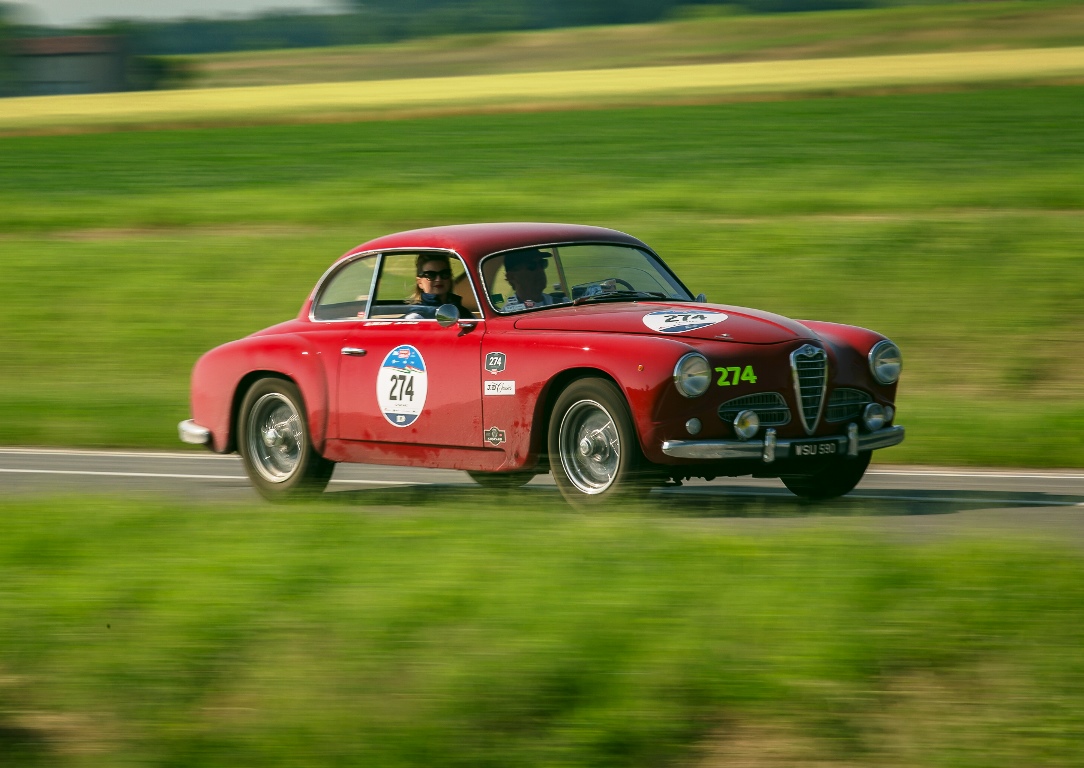 The first car left Rome for Parma at 6.30am on Saturday morning in beautiful sunshine and warm conditions – a welcomed relief from the wet weather that had plagued the rally so far. With cars stopping at the 7 ½ hour mark at the scheduled lunch stop in Poggibonsi, the cars continued their journey up to Firenze through Bologna and towards Parma. 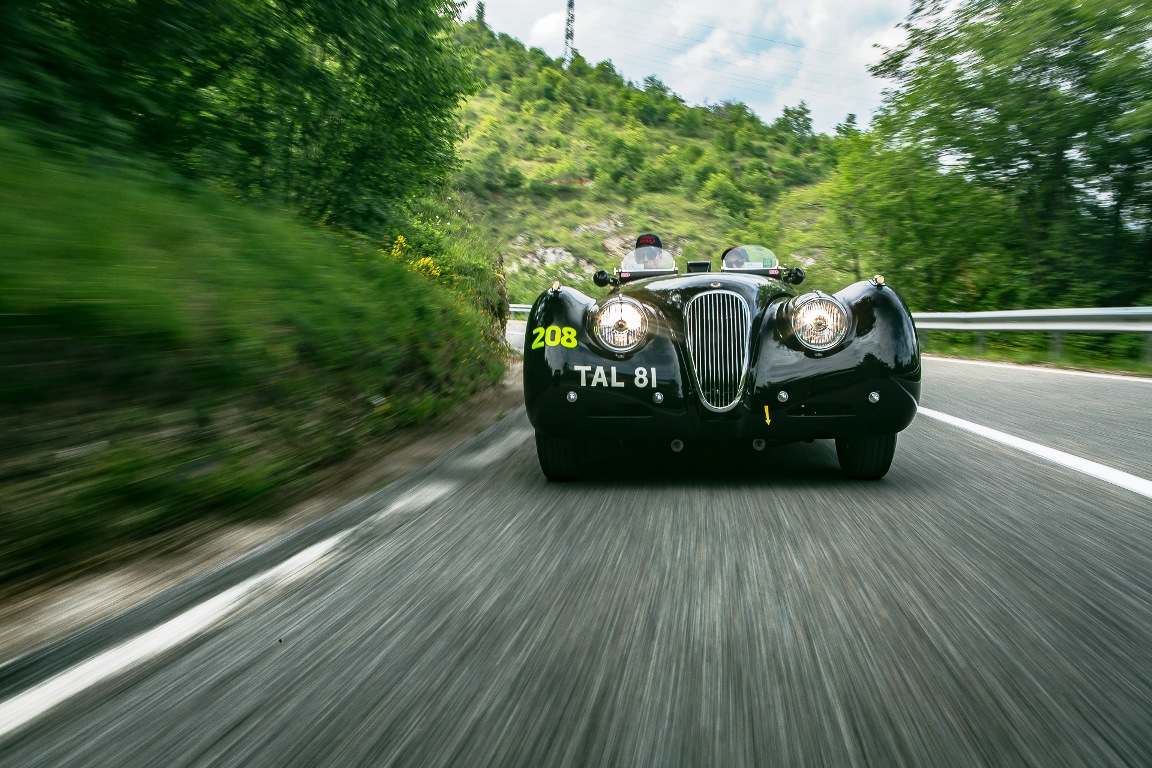 Arriving in the dark, all competing cars congregated in Parma’s Parco Ducale for overnight parking and service. Once again, support crews checked over the nine cars into the early hours to ensure they were all at their peak performance ahead of Sunday’s final stint back to Brescia.
The final leg took competing cars journey from Rimini back to Brescia. A shorter return leg of seven hours, crews enjoyed another sunny and hot drive back to the finish line in Brescia. Arriving at lunchtime, competing cars were greeted by crowds of spectators cheering them over the finish line. The Lincoln Capri came first of the JD cars within the official ranking, with the MK7 Jaguar of Derek Hood and Steve Riedling not far behind.   With all nine JD Classics cars successfully completing the gruelling 1000 mile rally, we look forward to participating in and supporting the event as gold sponsors next year and into the future.