On Sunday 23rd October, JD Classics were pleased to host their annual breakfast morning this year with guest speaker, Derek Bell MBE. With over 500 invited guests and ballot winners in attendance, the morning looked set to be another unforgettable morning for all classic car enthusiasts.

With gates open at 8.30am, guests were able to view the workshops and seven showrooms that make up the JD Classics HQ before our guest speaker took to the stage in the main workshop at 10.30am.

Journalist Simon Taylor acted as compere for the morning’s proceedings as the former five time Le Mans winner took to the stage in the main workshop. 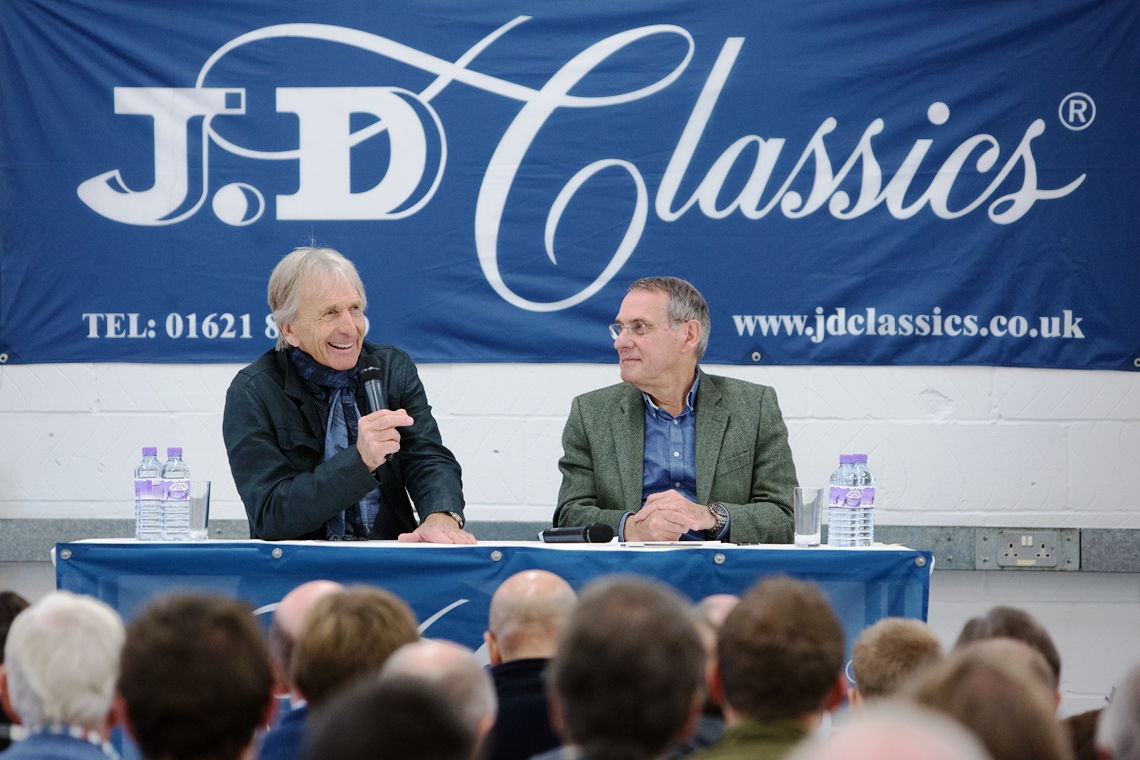 Compere Simon Taylor led the conversation with Derek Bell MBE in front of a captivated audience.

As Simon Taylor led the conversation with the man described as ‘the greatest British endurance racer of all time’, the conversation began to delve into his illustrious career including his five wins at Le Mans 24 Hour, three at the 24 Hours of Daytona and a victory at the 1000km of Nurburgring.

Questioned as to the qualities that make up a good endurance racer, Derek Bell said: “You have to have good hands; you need quite a gentle touch on the wheel so you can actually feel what the car is doing, and you can’t do that if you’re gripping the steering wheel like it’s your last drive.”

Having been paired with many famous faces within the motor racing World throughout his career, perhaps the most famous of these was Jacky Ickx with whom he won three of his five Le Mans titles alongside and referred to as ‘a bloody star. He’s very quiet but respected by absolutely everyone.’

In contrast, his partnership with his later Le Mans winning partner Hans-Joachim Stuck got off to shakier beginnings; “He’s completely different (to Ickx)! He was bloody quick, but he used to crash a lot and he was never sure why! Years later, he said, ‘Do you know why I was with you racing? Because they (the team leaders) thought you might calm me down and turn me into a proper racing driver!’” Despite this, the pairing worked well to achieve two consecutive Le Mans title in 1986 and 1987. 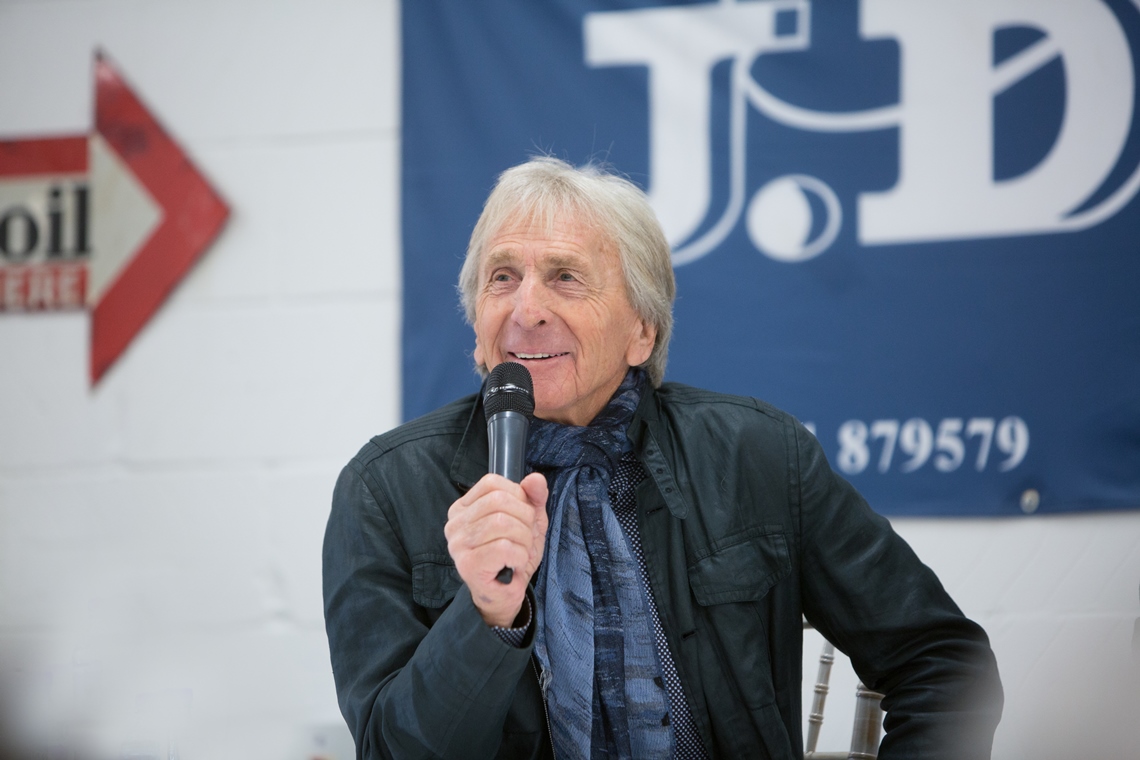 Off the track, Derek was also involved with the development of the 1971 Steve McQueen film Le Mans and recalled the moment where things  got a little bit too close for comfort during an on-track filming scene;  “We came round a corner – Jo (Siffert) in a Porsche 917and me in a Ferrari 512 – both going absolutely flat out, and there was this cameraman right in the middle of the road! Jo parked up and said to McQueen, ‘someone is going to get killed…who was that in the middle of the road? To which McQueen replied, ‘It was me!’” Such stories were received with laughter from the morning’s captivated audience

As the morning progressed, Simon Taylor opened the questioning out to the floor with guests eager to question the endurance racer on his career. Asked what were his highlights from a racing career spanning over 50 years, Bell selected his 1995 Le Mans 24 Hours race with his son Justin in a McLaren F1 GTR as a memory that stuck out in particular; “We were actually leading the race for 12 hours, in what was essentially a road car, and despite it being the wettest Le Mans 24 Hours ever. But right near the end we actually had trouble getting the car into gear so we finished third. Still very special being up on the podium with your son, especially on Father’s Day." 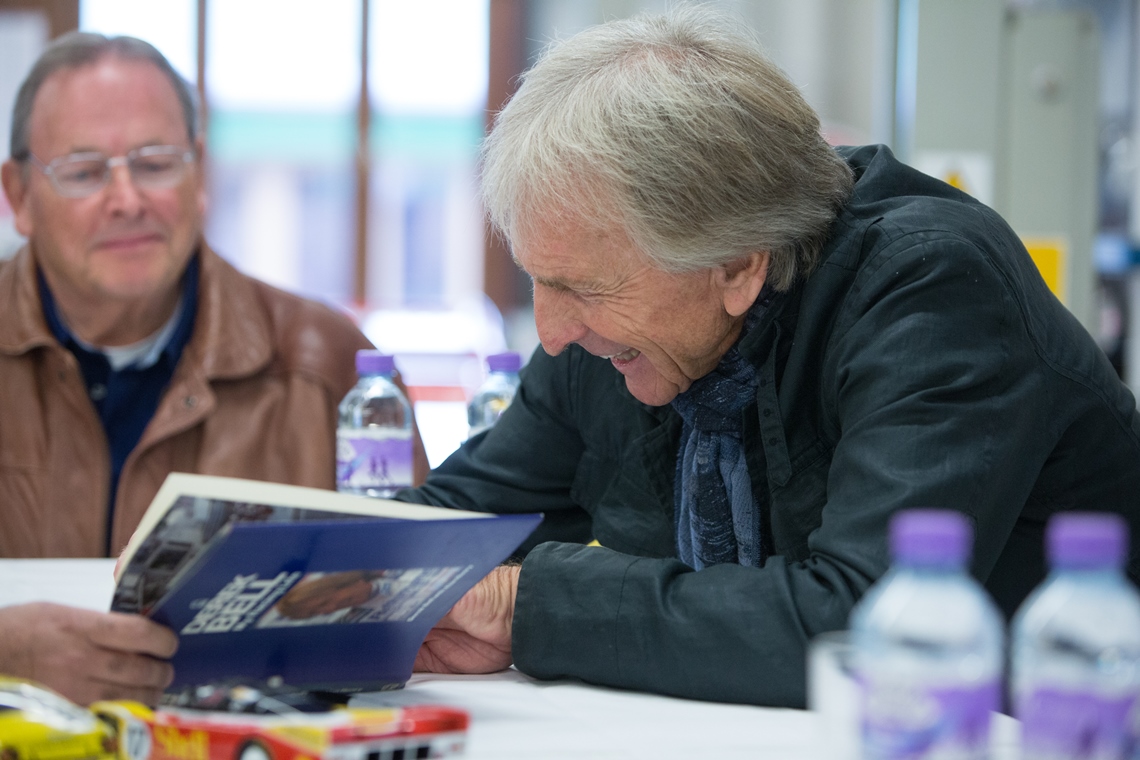 Having entertained our audience with stories from his prolific career, Derek Bell spent time signing autographs and taking photographs to conclude another successful breakfast morning at JD Classics in 2016.

As the gates shut after another fantastic breakfast morning, JD Classics set back to work readying themselves for another busy competition season next year and look forward to hosting another successful breakfast morning in 2017. Please keep an eye on our website for any announcements for future events.