The annual support race to the famous Le Mans 24 Hour, the Le Mans Legend featured an extensive field of over 60 historic cars selected from a particular era of Le Mans’s steeped history. This year’s grid extended eligible cars criteria from 1949 through to 1968 therefore making the competition even stiffer with high powered Ford GT40s and Cobra’s now in contention for a coveted victory on the demanding 8.5 mile long track.

JD Classics this year took part with five of their competition racing cars, the line up consisting of their Cooper T33, Jaguar XK120, Lightweight Jaguar E-Type and Costin Lister. The Jaguar C-Type of which JD Classics have campaigned extensively since acquiring it in 2010 made its 25th competitive outing at last weekend’s Le Mans Legend Support Race thus completing the JD Classics line up for the weekend. The JD Competition Team ensured all cars completed scrutineering in the Le Mans Legend paddock based inside the iconic Maison Blanche corner. Once completed, the team readied the cars ahead of Thursday afternoon’s qualifying session. 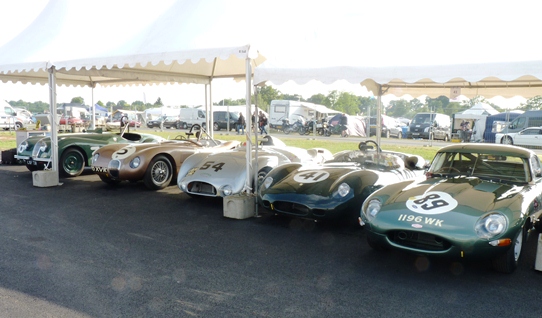 The first car of the field took to the track for qualifying at 4pm on Thursday afternoon in humid, cloudy but bright weather conditions. With all five JD Classics cars putting in good times amongst the varied field, the safety car was deployed due to an oil spill on track by an Aston Martin suffering from an engine failure which subsequently stayed on track for 25 minutes of the 60 minute session. Although on a tight schedule, the field were allowed an extra 10 minutes qualifying to partially make up for the lost time. Despite a technical concern from the JD technicians, the Costin Lister of Chris Ward made its mark on the highly competitive field by qualifying impressively in 8th place. Steve Soper wasn’t far behind in the lightweight E-Type qualifying in 12th place. The Jaguar C-Type of John Young and Cooper T33 of JD Classics Managing Director Derek Hood also finished in the top half of the 62 car field. Wil Arif also ran a consistent qualifying session in the XK120. With the team happy with all five car’s performances, they set to work checking each car over meticulously and prepping them ahead of Saturday morning’s race. 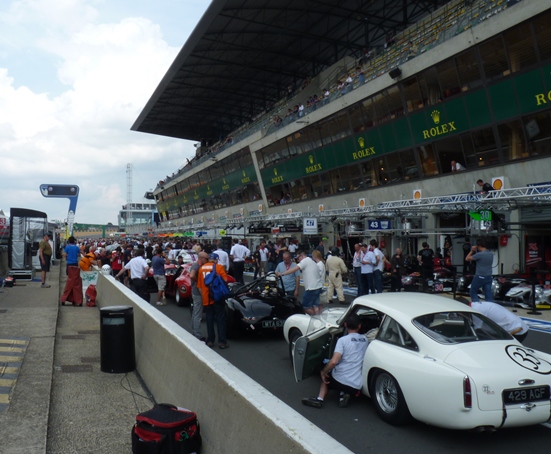 Although a free day for the Legends field, there was no rest for the JD team come Friday as they completed the pre-race prep on all their cars ahead of the event organisers, ACO (Automobile Club de l’Ouest) requesting all Legends cars line up by the iconic Le Mans Dunlop bridge for public display.

Bright, sunny and warm conditions for Saturday morning’s 45 minute race meant that the circuit was packed full of eager spectators ahead of the start of the ever popular historic support race. With three GT40s at the front of the pack, the safety car led the field round for a rolling start. Despite its more powerful adversaries, the Lister stormed its way up to 5th place; however a sudden loss of power forced the Lister down the field. Lapping faster than its qualifying time, the Lightweight E-Type of Steve Soper was holding its own within the top 20 whilst the XK120 of Wil Arif was also lapping faster and maintaining a good pace. 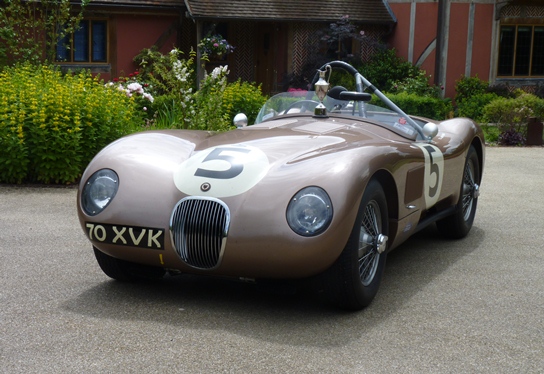 With all cars required to perform a mandatory 1 minute pit stop, the JD team made the decision to bring 3 cars in after 3 laps and the remaining two in on Lap 4. With all cars completing their pit stops and returning to the track successfully, the C-Type and Cooper continued to power their way through the top half of the pack to gain an impressive 1st and 2nd place in their class respectively. Another oil spillage resulted in the race finishing behind the safety car, however this did little to deter the team as all five JD Classics entries performed well within their classes with particular mention to JD Classics C-Type adding another award to what will be its 22nd award won in 25 races. A great coup for the most unrivalled historic competitive C-Type and a solid performance from the remaining JD Classics entered cars.