With over 180,000 spectators flocking to the infamous Sussex based circuit over the three day period, the Goodwood Festival of Speed and its popularity continues to grow exponentially. Now in its 22nd year, the event attracts a varied display of historic automotive examples of both the two and four wheeled variety. Amongst the array which couldn’t be snubbed by even the most discerning of enthusiasts, JD Classics were invited to demonstrate two of their impressive team of historic racing cars in the form of the TWR Bastos Rover Vitesse and Group 44 Jaguar XJS. With Alex Buncombe and GP2 driver Jordan King behind the wheel of the XJS for the weekend and Touring car veteran Steve Soper in the Rover, the crowds gathered in the hot and sunny weather conditions that doused the 3 days of automotive fun. 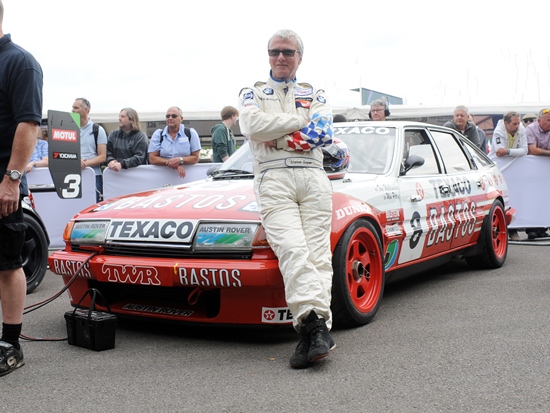 Taking to the driver’s seat for the Friday run and his first professional outing for JD Classics, Jordan King didn’t disappoint the heaving crowd as he powered the roaring Trans Am car up the iconic Goodwood hill. With its powerful V12 engine producing in excess of 500hp, the XJS proved its prowess and brought a heaving crowd of spectators to silence as the overwhelming sound of its power echoed around the extensive Goodwood estate. With the XJS having made its mark, it was the turn of the distinctive TWR Rover impressed in equal measures. With both cars having run well on the first day of the Festival of Speed, the JD Classics Competition Technicians checked over both cars ahead of Saturday’s second day of demonstrations. 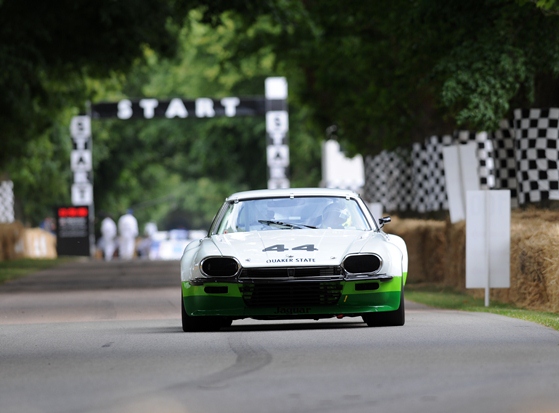 With another hot, sunny and bright day dawning, the crowds began to flock in their droves to the circuit as Jordan King handed the Group 44 XJS over to endurance racer and JD regular Alex Buncombe for the remainder of the weekend and in similar style and not to be outdone by his contemporary, Alex demonstrated the Trans Am car in all its glory. Having sustained wins in period at circuits including Monza and Donington during the 1986 European Touring Championship, the Rover earned its stripes once more making its presence known!