The racing calendar got underway this weekend with the 73rd Goodwood Members Meeting and together with a plethora of historic racing cars  in attendance, JD Classics entered three of their own to compete in what looked set to be an exciting start to 2015.

With three cars running throughout the weekend, the Patrick Motorsport Rover SD1 was the first of the JD entries to take to the iconic Goodwood circuit. Having claimed a runaway victory in the Gerry Marshall Trophy at last year’s Members Meeting, the JD Classics Rover SD1 was the one to watch as resident driver Chris Ward and journalist Chris Harris skippered the Group 1 Touring car. As a dry and sunny qualifying session got underway on Saturday morning, Chris Ward took to the driver’s seat for the first stint, however by the end of the out-lap the Rover came back into the pits with a vibration coming from the rear differential. Once the JD team had checked the car over, the Rover exited the pits to resume the 30 minute qualifying session. Not wanting to push the car too hard before the weekend’s two part race, both drivers completed 3 laps each (the minimum amount of track time in order to qualify). Although experiencing problems during qualifying, the Rover still managed an impressive 7th place out of an extensive field of 30 cars.

Once back in the pits, the JD technicians stripped down the rear differential in search of the vibration problem before rebuilding ahead of Saturday’s race. 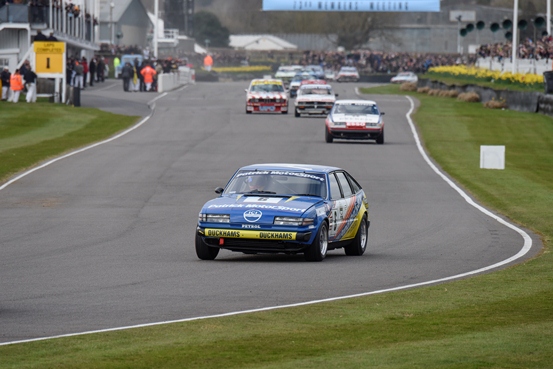 The first of the two part Gerry Marshall Trophy race took place on Saturday afternoon and although a short 15 minute sprint race, it didn’t take long for the vibration annoyance to rear its head once more. Returning to the pits, the JD crew advised Chris Ward to bring the Rover back in if the problem worsened. 5 laps into the race, in 2nd place and a mere 2 seconds off the front running car, the team made the decision to retire the car from the race in order to preserve its performance for Sunday’s longer 45 minute race. Despite its early retirement, Chris Ward and the Rover managed to achieve the fastest lap of the race. Working well into the night, the JD technicians endeavoured to rectify the problem ahead of Sunday’s final Gerry Marshall Trophy race.

The 1965 Lola T70 Spyder was the second of the JD Classics three car line-up for the weekend. On only its second competitive outing since undergoing a full JD Classics mechanical overhaul in 2014, racing regular Alex Buncombe captained the car in the Bruce McLaren Trophy. Amongst a field of highly competitive prototype sports cars, the Lola qualified in 4th position just a second and a half behind the pole sitting Lola T70 Spyder of Nicholas Padmore.

Lastly to qualify was the Connaught A-Type which was prepared by JD Classics for a customer. Competing in the Hawthorn Trophy which pitched an extensive variety of some of the World’s most competitive single seater historic racing cars against each other, the Connaught ran a consistent qualifying session. 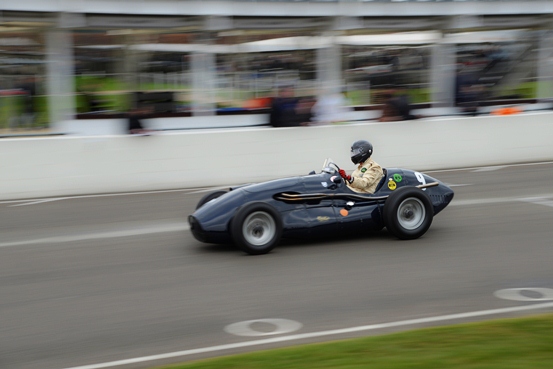 Starting at the back of the grid for Sunday afternoon’s final Gerry Marshall Trophy race, the Patrick Motorsport Rover had a lot of ground to make up following a disappointing first race and with a field consisting of an array of Touring car champions including Andrew Jordan, Matt Neal and Rob Huff lining up on the grid, the competition was set to cause a stir. With Chris Harris taking to the driver’s seat for the first 30 minutes of the race, the Rover sprung into life and by the time Chris Harris handed over to Chris Ward, the Rover had stormed its way up from 23rd to 5th place. Maintaining the momentum, the JD Classics Rover continued to charge through the pack finishing the 45 minute race in 2nd place just over 2 seconds behind the victorious Bastos Chevrolet Camaro. A fantastic comeback from the JD Classics Patrick Motorsport Rover SD1 proved to be the highlight of the race for both the JD team and spectators alike. 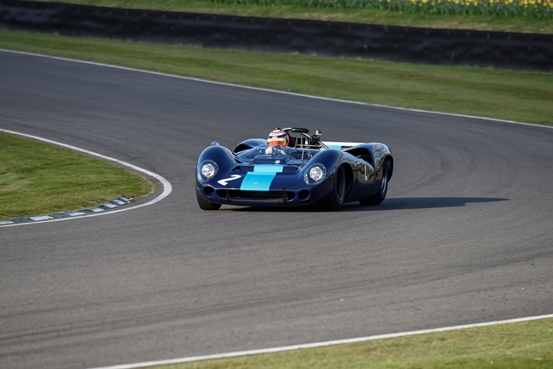 Alex Buncombe lined up on the second row of the grid in the Lola T70 Spyder ahead of the start of the 20 minute Bruce McLaren Trophy race. A slow start off the grid meant the Lola slipped back to 5th place within the first lap, however, this lost time was soon recovered. By the time the chequered flag had fallen, not only had the Lola regained its starting 4th place but had charged its way into a podium position and was a mere 3 seconds behind the 2nd placed McLaren-Chevrolet of Chris Goodwin. A highly competitive performance for Alex Buncombe in his first outing in the powerful Lola T70 Spyder.

The final race of the weekend witnesses the Connaught take to the circuit in the 20 minute Hawthorn Trophy race. As visibility became poorer and the race descended into early evening, the Connaught’s performance remained consistent and finished the race comfortably amongst its field of contemporaries.