With one half of the competition department competing in Switzerland in the Bernina Granturismo, the other half headed to warmer climes for the Dix Mille Tours at Paul Ricard. Participating in the Heritage Touring Cup, JD Classics entered their 1973 Ford Cologne Capri and 1982 Patrick Motorsport Rover SD1.

With scrutineering and signing on completed on Thursday afternoon, the crew readied the cars ahead of Friday morning’s practice session.
Friday morning’s free practice session was plagued with wet track conditions as both JD touring cars headed out for the 25 minute session. While the Capri ran well putting in the third fastest time of the 37 car field, the Rover wouldn’t rev cleanly over 6000rpm and so completed the session in 18th place.
Saturday’s qualifying session saw similarly damp conditions to Friday plague its 40 minute duration, however this did little to deter the Capri’s momentum as Andrew Smith and Steve Soper drove to an unrivalled pole position over 5 seconds ahead of the second placed fellow Capri of Steve Dance. With its problem from practice now rectified, the Rover SD1 of Steve Soper and John Young ran consistently to qualify in 24th place. 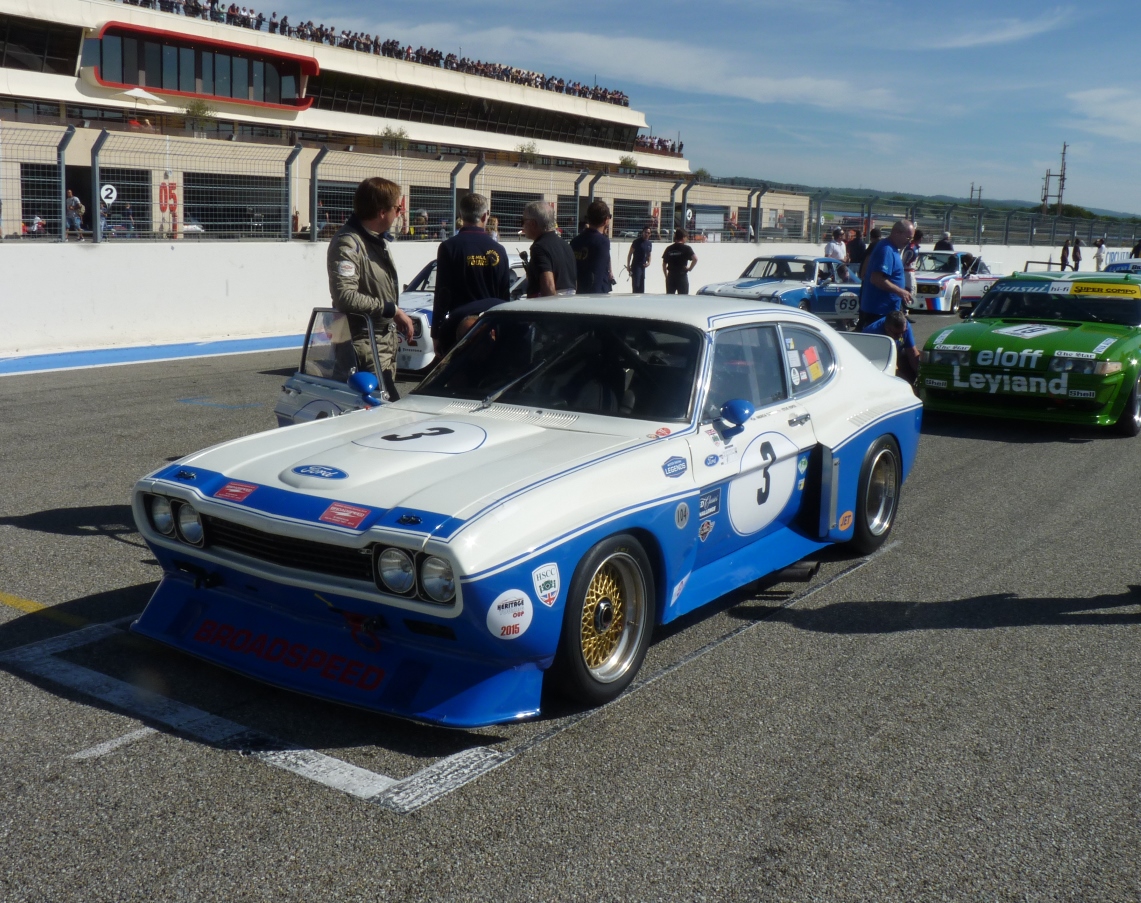 The JD Classics Ford Cologne Capri lined up on pole ahead of Sunday afternoon's race at Paul Ricard.

Sunday afternoon’s 60 minute race took place under hot and dry weather conditions. With Steve Soper driving the first stint, the Capri led the field away from the line in a rolling start. Instantly distancing itself from the remainder of the field, the Capri came round at the end of the first lap with a 4 second lead. Getting off to a flying start, the Capri was plagued with a transmission problem which subsequently retired by the end of Lap 2.

Starting in 24th place, the JD Rover had some ground to make up. With John Young behind the wheel for the first stint, the Rover began to work its way through the field and by the time the driver changeover window opened, the Rover had gained 4 places and was running in 20th position. Now with Steve Soper behind the wheel for the remainder of the race, the Patrick Motorsport Rover continued to gain position and as the race entered its final stages put up a good fight against the Chevrolet Camaro of Eric Everard to claim 14th place.