Taking place at London’s Alexandra Palace, last weekend’s Classic and Sports Car Show showcased an array of 300 classics cars on static display. With a host of familiar faces from the motorsport World in attendance including Ross Brawn OBE who will be joining JD Classics for their upcoming breakfast morning, the event was definitely one marked on all classic car enthusiast’s calendars.

Coinciding with the weekend’s London to Brighton Rally and Regent Street Motor Show, the capital was playing host to an array of the World’s finest automotive examples and JD Classics were pleased to be involved in the inaugural Classic and Sports Car show. With a 12 car display consisting of three Aston Martins, three Ferraris, two Jaguars, a Works Racing 289 Cobra and Willment Supersonic 427 Cobra, 1957 Porsche 356 Speedster and a 1968 Lamborghini 400 GT, JD Classics had the biggest display of the show. 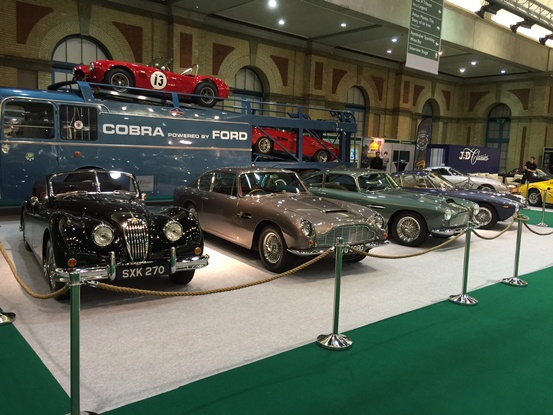 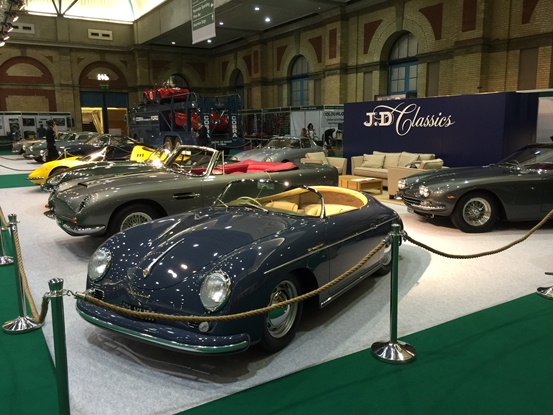 Completing the line-up at this year’s event was their very special ex-Works Formula One Scarab Transporter taking pride of place on their two stand static display. Commissioned in 1956 and then later used by American team Scarab for the 1960 Formula One Championship, the Works transporter was made with a fiat chassis and designed by coachbuilder Bartoletti. In 1964, the transporter was then sold to Carol Shelby who used it to carry the three famous Cobra Daytona Coupes, a legacy of which JD Classics have maintained with the distinctive transporter still adorned with its Cobra team stickers and in its original blue livery.

Commenting on the success of the weekend, JD Classics Managing Director Derek Hood said; “Having advertised with Classic and Sports Car for 27 years, I was pleased to be the first to sign up to the show. The team at Classic and Sports Car did a great job ensuring the show had an intimate feel. We were very successful on the stand and look forward to coming back next year”.