On Sunday 22nd November JD Classics were privileged to welcome Ross Brawn OBE as guest speaker for another of their ever popular breakfast mornings. With interest higher than ever, the morning was hosted as an invitation only event with a crowd of 550 guests.
As the gates of the Maldon based headquarters opened at 8.30am, guests began to make their way around the extensive seven showroom headquarters boasting an array of some of the most unique and rare classic cars in existence. Guests were also able to explore the workshop, body shop, race shop, engine and machine shop where JD Classics’ in-house expert technicians painstakingly restore classic cars back to their former glory.
At 10.00am, Ross Brawn took to the stage in front of the congregated crowd in the main workshop as compare Simon Taylor introduced the great man to the stage. 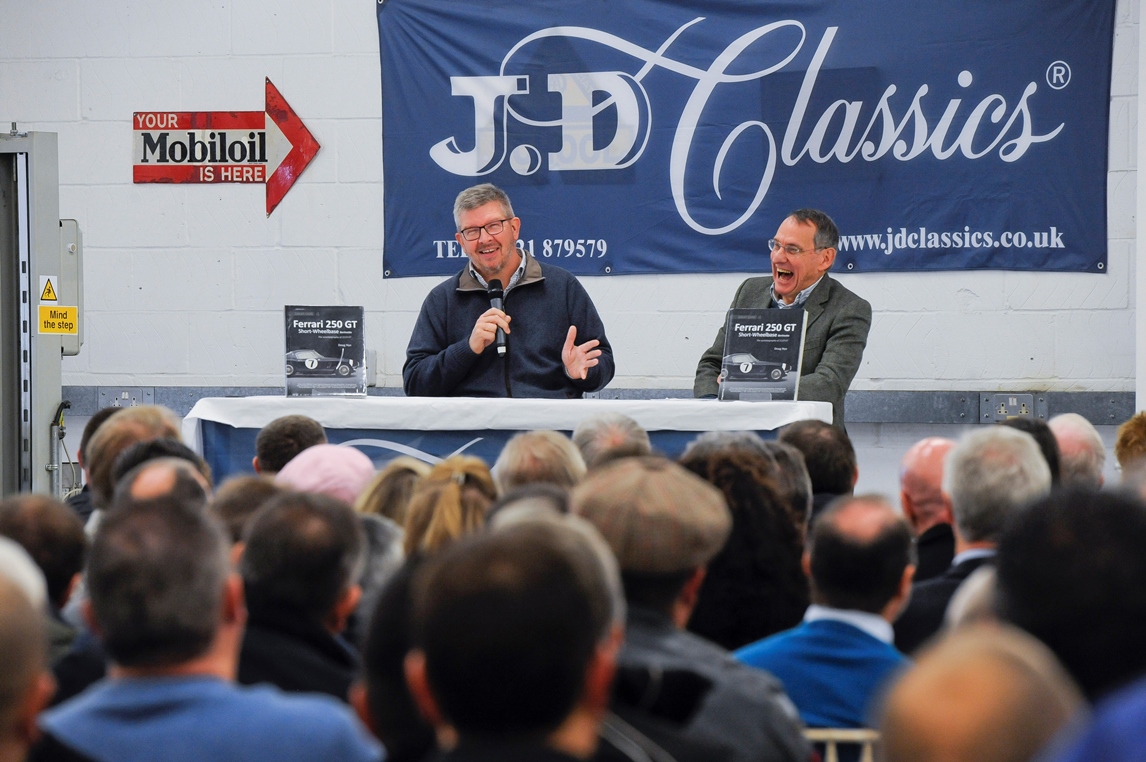 With Simon Taylor leading the questions, Ross Brawn regaled a captivated audience with stories from his illustrious career in motorsport

With Jenson Button’s 2009 Championship winning Brawn GP Formula One car on display alongside the stage, Simon Taylor began to quiz the former team principal about his long and illustrious career in the motor racing industry. Starting his career in the late 1970s, Brawn’s first move into the World of Formula one came as a machinist for Williams and although receiving the job, was informed by the team’s then team principal Patrick Head that he was second choice but that the first choice candidate had quickly decided “a job in motorsport wasn’t for him”, a story of which Brawn regaled to a captivated audience with humour.
As the morning went on, Brawn and Simon Taylor went on to discuss his close working career with the great Michael Schumacher having played a key part in the unrivalled six World Championships that Schumacher achieved both at Benetton and most famously at Ferrari. Spawning his own Brawn GP team in 2009 from a very reasonable purchase of Honda F1; “I walked into the executive’s office and handed him a £1 coin”, it took only one season for Brawn’s namesake team to not only steal an unrivalled constructors championship title but also the driver’s championship with Jenson Button clinching the 2009 season. 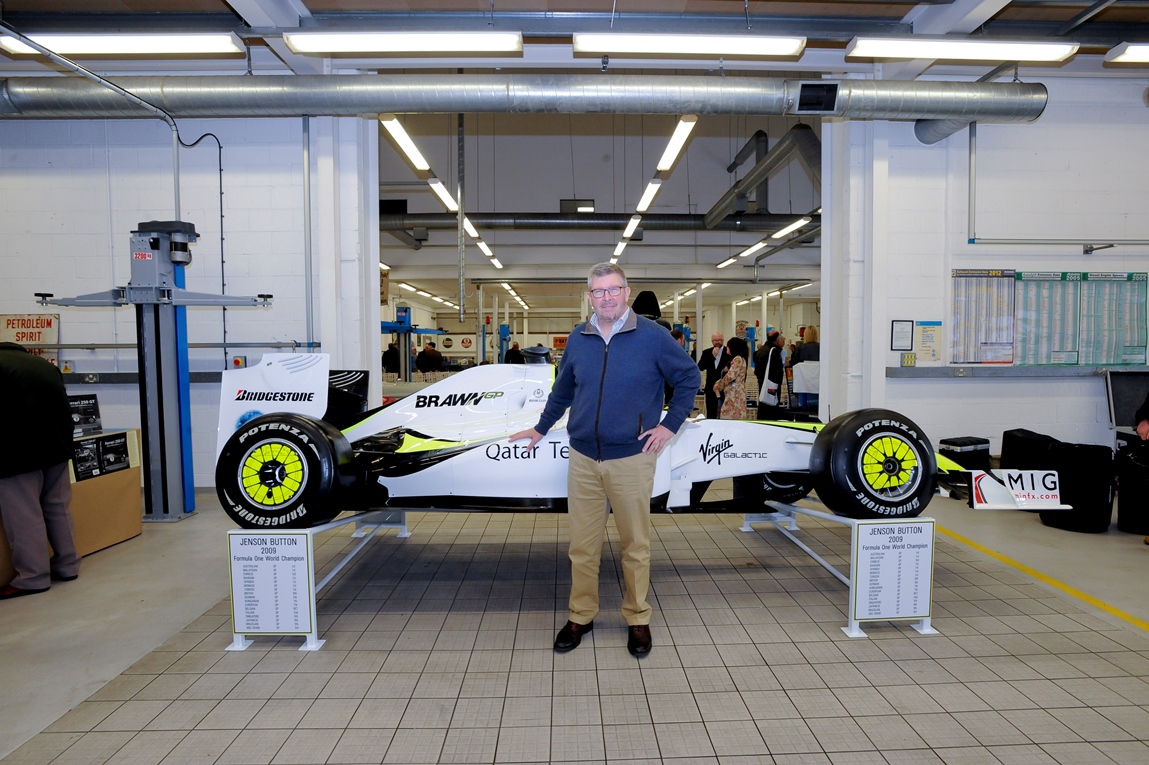 One of many great acheivements; Ross Brawn OBE stands next to his 2009 Formula 1 Championship winning Brawn GP Team car

Having captivated the packed workshop with anecdotes and stories from his illustrious career for 2 and a half hours, Ross went on to pose for pictures and sign copies of the Ferrari 250 GT Short Wheel Base book on sale throughout the morning, a car of which has a steeped history having been raced in period by Sir Stirling Moss at Goodwood and now owned by Ross himself.
As the crowds dispersed after another successful breakfast morning and the illusive green gates of JD Classics’ headquarters close for another year, so preparation continues for another busy competition year for JD Classics. Hoping to host another of our ever popular breakfast mornings, please keep an eye on our website for any future announcements in 2016.