JD Classics once again made their annual pilgrimage to California for this year’s Monterey Classic Car Week. Along with a varied array of some of the World’s most impressive classic cars and historic motorcycles, JD Classics were honoured to be invited to participate throughout last week’s prestigious event with not one but three of their customers impressive classic cars; the 1957 Jaguar XKSS, 1953 Jabekke World Speed Record Jaguar XK120 and the 1951 Geneva Show Car Jaguar XK120 Fixed Head Coupe.

In the run up to Sunday’s Concours d’Elegance, both the Jabbeke XK120 and Fixed Head XK120 took part in the annual Tour d’Elegance which invites all concours entered cars to participate in the 80 mile drive along the Monterey Peninsula down to Laguna Seca circuit and back thus allowing spectators to view the concours standard cars in motion. 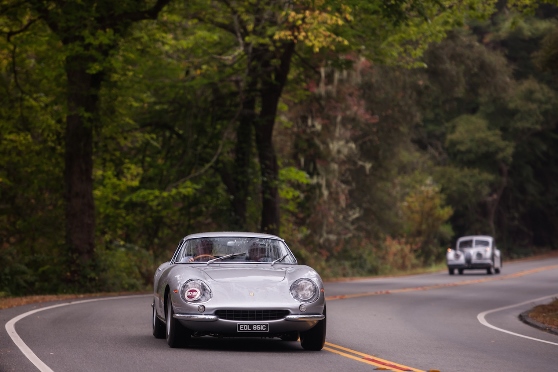 On Friday 15th August, The Quail celebrated all things car with an impressive array of classic motoring icons ranging from the early 1900s to present day taking to the green of The Quail Lodge Golf Club. A more relaxed affair then the weekend’s Pebble Beach Concours d’Elegance, the Quail still maintains its position as one of the World’s most highly regarded concours events.

Representing JD Classics was the 1957 Jaguar XKSS. One of only 16 original cars built by Jaguar, this rare XKSS has recently completed a full restoration by JD Classics’ team of in-house specialists including returning the car to its original period colour of Mist Grey. Having competed at The Quail against a high standard of cars within the Post-War Sports Class, the JD Classics XKSS fought off competition to be awarded Best in Class. A fantastic start to the weekend for JD Classics and testament to the quality of work and attention to detail that goes into the work produced by the team of expert technicians. 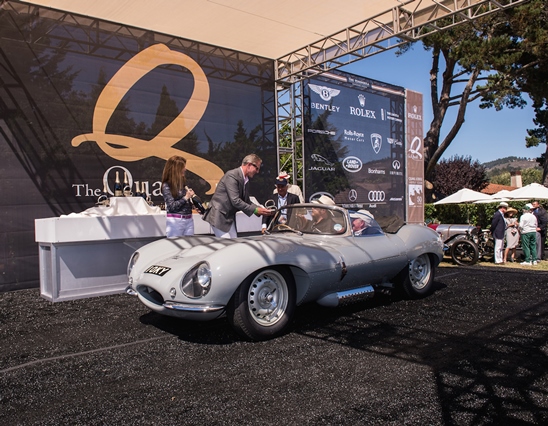 Jaguar legend Norman Dewis accepted the Best in Class Trophy awarded to the 1957 Jaguar XKSS at this year's The Quail gathering.

The finale event of the Monterey Classic Car Week took place on Sunday 17th August as an array of over 200 cars took to the 18th fairway for the World renowned Pebble Beach Concours d’Elegance. With a variety of cars and classes ranging from Early Steam Cars to Eastern European Motorcycles, the Concours d’Elegance celebrates the most influential automotive examples, both on four and two wheels the World has to offer and with both the Geneva Car Show and Jabekke XK120 in contention within separate classes, the JD Classics team were hopeful of yet another win at this most prestigious of concours.

The Jaguar XK120 Fixed Head Coupe Prototype was the first left hand drive of its kind, fresh out of the Jaguar factory to appear as the 1951 Geneva Show Car. Having completed the most comprehensive restoration to original specification by JD Classics, the XK120 made heads turn within its Post-War Touring category to be named Best in Class. 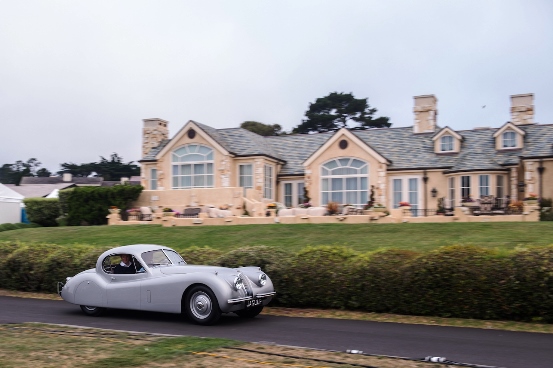 The Jaguar XK120 Fixed Head Prototype impressed on its first appearance since the completion of its restoration to be awarded Best in Class within the Post-War Touring category.

Also lining up on the fairway was JD Classics’ own Ferrari 275 GTB/4 alloy, which had been prepared at the Maldon based headquarters to full concours standard. The 1937 ex-Bob Truett Jaguar SS100, now owned by an American customer was also in attendance further showcasing the concours standard of work produced by JD Classics having undergone a complete body off restoration to period competition specification in 2011.

Completing the line-up for JD Classics was the impressive 1952 Jaguar XK120. Famously known for its record breaking World Speed attempt, the XK120 which is commonly referred to by its distinctive registration number ‘MDU 524’ truly stood out from the crowd with its aerodynamic modifications most notably the Perspex bubble which was reproduced by JD Classics during the car’s full restoration in 2013. 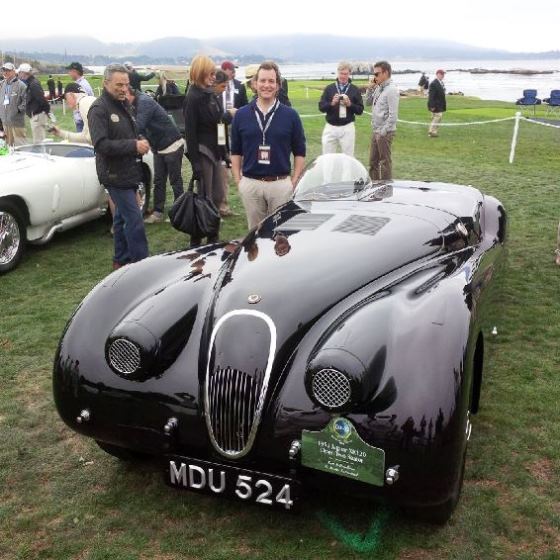 The distinctive 1953 World Speeds Record Jaguar XK120 'MDU 524' stole the show not only being named Best in its class but was awarded the Montagu of Beaulieu Trophy for the most significant car of British origin in attendance.

Having been awarded a Best in Class at last year’s The Quail event, the Jabekke XK120 continued to steal the show, not only being awarded Best in Class within the Post-War Sports Racing category but also received the coveted Montagu of Beaulieu Trophy awarded to the most significant car of British origin in attendance as picked by the Concours d’Elegance select committee of judges.  Having driven the car to its 172.412 mph World record in 1953, it seemed only fitting that Jaguar veteran Norman Dewis receive the award for the show stopping XK120 much to the delight of the amassed crowd.

Finishing the weekend with a total of three class wins and a special award for the Jabekke XK120, JD Classics have completed what has been their most successful concours appearance to date, proving testament to the standard of excellence of which JD Classics have become synonymous.

JD Classics would like to thank their long term customers for their foresight and faith in our plans and also our suppliers who gave up their weekends and bank holidays to produce parts and specialist components on time. Without the dedication of our suppliers not to mention the unfaltering hard work of JD Classics’ in-house expert technicians who worked tirelessly in the months leading up to the Pebble Beach Concours d’Elegance, we couldn’t have produced this year’s selection of class winning cars.