The Cooper T33 of JD Classics MD Derek Hood takes to the infamous Monaco street circuit.Fresh from the a successful weekend at Donington Historic Festival, the JD Classics Historic Racing Team were in attendance at this weekend’s biannual Grand Prix de Monaco with two of their most seasoned racing cars; JD Classics MD Derek Hood driving the 1954 Cooper Jaguar T33 and the fearsome pairing of Alex Buncombe and the ex-Fangio Jaguar Heritage Racing C-Type. Competing within the Serie C: Sports Racing Cars raced from 1952 to 1955 grid, both cars faced stiff competition within a highly competitive 42 car field including Allard’s, Jaguar’s and Maserati’s amongst others. 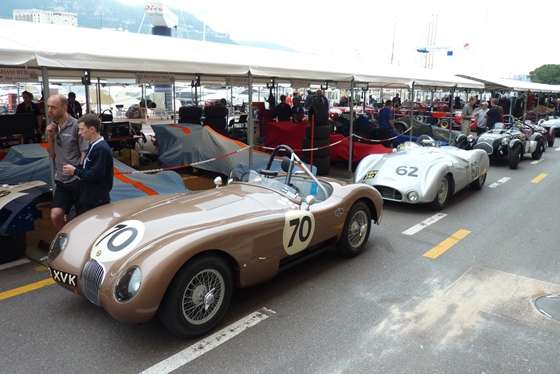 The first of two qualifying sessions took place on Saturday morning and with the extensive field size meaning that getting a clear lap would be potentially problematic, the Jaguar Heritage C-Type was the first car out on the track therefore allowing Alex Buncombe to complete a reasonably clear first lap to produce a first qualifying time of 2:03.112. On par with the C-Type’s best time at Monaco Historique two years ago, the car had already achieved a qualifying time which was to remain unrivalled for the session’s entirety. The Cooper T33 also qualified well within the top half of the vast field with a time of 2:16.527. However, by Saturday afternoon’s second qualifying session and now with a real feel for the circuit, Derek Hood improved the Cooper’s time by 5 seconds to qualify the Cooper within the top ten ahead of Sunday’s race. Having managed two clear fast laps in the early part of qualifying, Alex Buncombe sat the rest of the session out having already achieved another unrivalled lap time of 1:59.513, the first and only sub two second lap of the field. 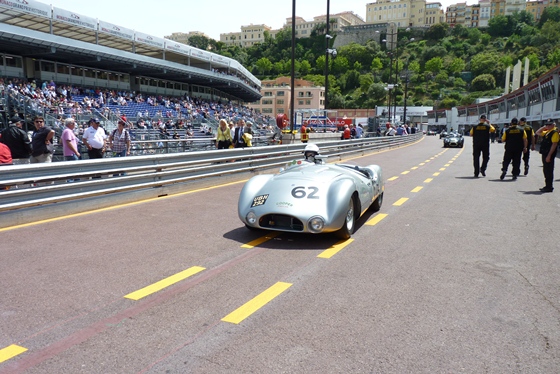 With both cars having performed well in qualifying, the JD Classics technicians prepped the cars ahead of Sunday’s race in a bid to maintain the competitive performance of both cars.

With more hot and sunny conditions for Sunday’s race, Alex Buncombe lined up on pole position ahead of the 30 minute race. The second placed Cooper Bristol of John Ure and the third place sitting D-Type of Gavin Pickering got off to an overzealous start with both cars jumping the start, however by the time they had both backed off the throttle, the lights had gone out and the Jaguar Heritage C-Type made a unrivalled run into Turn 1 with the D-Type of Pickering in hot pursuit. The battle for second place continued to ensue between the two cars before the Cooper Bristol produced the move of the race overtaking the D-Type on the outside going into the swimming pool complex section of the circuit.

The Cooper also got off to a great start as it ran in 5th position for a large part of the race, however the large grid meant a high volume of traffic slowed the Cooper’s progress and Derek Hood took the decision to not risk the car before its participation in the following week’s Mille Miglia. Despite this, the car finished within the top ten of the field. 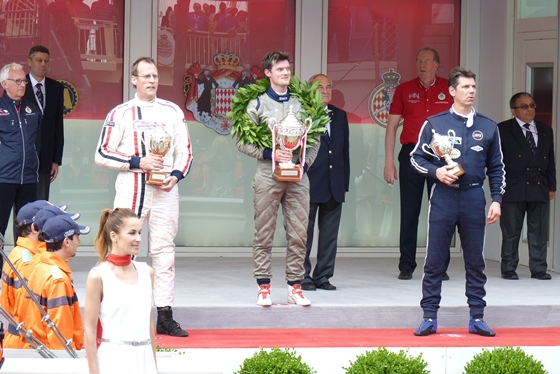 Alex Buncombe and the C-Type maintained the lead throughout to take the chequered flag over 11 seconds ahead of the well driven Cooper Bristol of John Ure. Further down the field, the D-Type of Gavin Pickering had failed to manage the traffic and dropped down the field from a potential podium position to finish the race in 6th place. The Cooper T38 of Frederic Wakeman completed the podium line-up within the Serie C sportscar race. 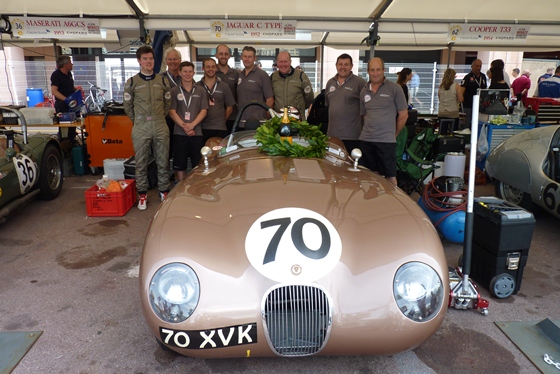 With both cars performing well at Monaco, including an unchallenged victory for the Jaguar Heritage Racing C-Type, JD Classics now look forward to both cars joining the extensive JD Classics/Jaguar Heritage group of 13 cars taking part at next week’s famous Mille Miglia.