Within a large field of over 400 of the World’s most outstanding classics cars, JD Classics campaigned and supported a total of 15 cars throughout last week’s famous 1000 mile Italian rally. 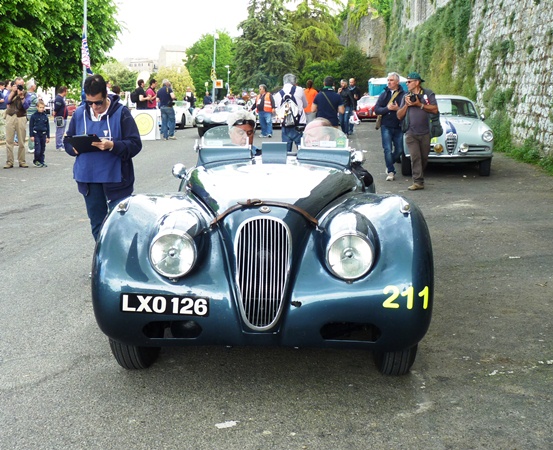 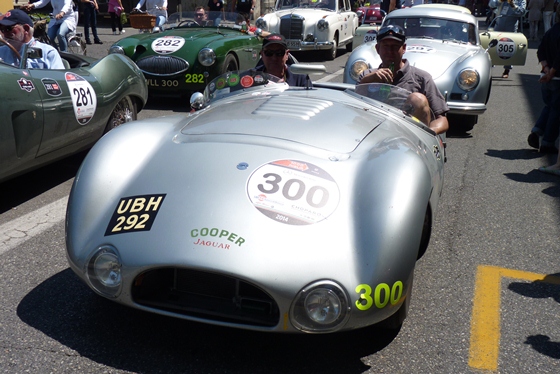 JD Classics entered a variety of cars including the 1954 Cooper T33 which was driven by JD Classics MD Derek Hood and Competition Department Manager Steve Riedling.

There was an equally varied array of famous faces who were preparing to get behind the wheel of these cars for the gruelling four day rally including AC/DC drummer Brian Johnson, American chat show host Jay Leno, actor Jeremy Irons, model Jodie Kidd and musician Elliot Gleave (aka Example). Racing duo Bruno Senna and Martin Brundle also took to the driver’s seat behind the wheel of the Jaguar Heritage D-Type. 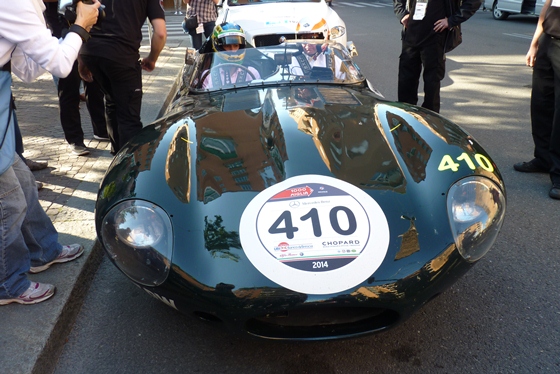 Racing duo Bruno Senna and Martin Brundle get ready for the final Bologna to Brescia stage of the Mille Miglia.

Aside from their 6 competing cars and furthering their involvement in this year’s event, JD Classics also provided a fully equipped on call Jaguar Competition Support vehicle which provided technical support for all Jaguar cars taking part at this year’s Mille Miglia. 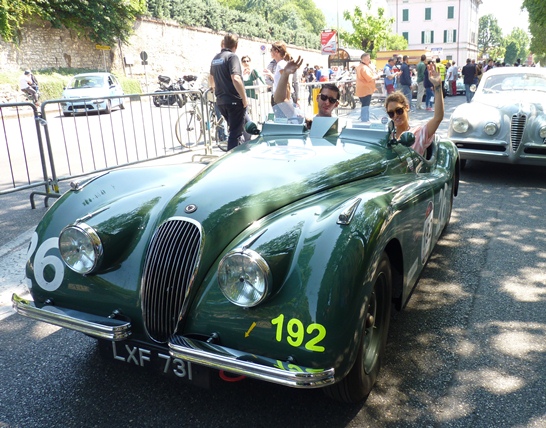 With a 30 man strong service crew made up of JD Classics’ in house experts behind the 15 entry group, each car was provided with full technical support throughout the whole event with support crews often working through the night to prep each car to the very highest standard ahead of the next day’s gruelling leg. 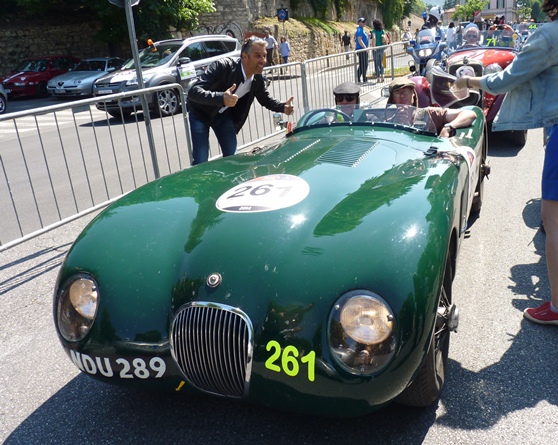 Having travelled on some of Italy’s most challenging roads and mountain passes, both drivers and support crews alike were pleased to maintain the precedent of which have been set by JD Classics both in their own right and as part of Jaguar Heritage Racing in recent years at the World famous Mille Miglia.