JD Classics’ debut at Retromobile in Paris (5-9 February 2014) has got off to a flying start with its diverse collection of stunning classic exotica being previewed by the world’s media before doors opened at 11am this morning.

Following a successful and well-received reception from the media, visitors have also been able to view JD Classics’ extensive stock list of over 150 vehicles using touchscreens. These are placed at either side of the 11-car strong display which features the world’s most admired marques such as Ferrari, Aston Martin, Mercedes-Benz, Jaguar and Ferrari. 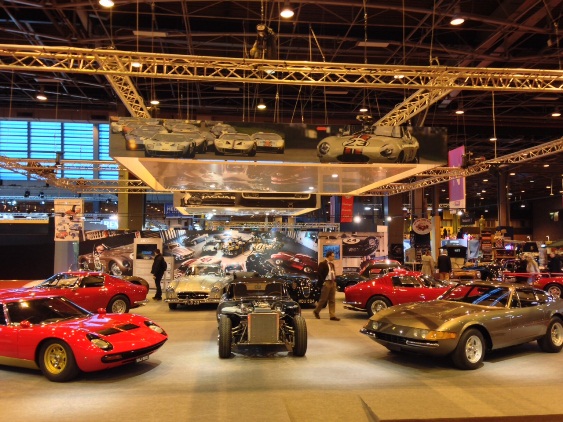 Highlights include a 1954 Mercedes-Benz 300 SL, ‘PLB 23’, a practice car for Sir Stirling Moss prior to his famous 1955 Mille Miglia victory. Sir Stirling used the Gullwing throughout his preparation, piloting the car round the famous Italian roads during April of 1955, as featured in his book “Stirling Moss Scrapbook 1955”. These preparations of course paid off, with Sir Stirling winning the Mille Miglia in his Mercedes 300 SLR.

It’s also possible to get up close to the ex-Juan Manuel Fangio Jaguar C-type and in-house restored 1952 XK120 Jabbeke Land Speed Record “Bubble Car”, which took Best in Class trophy at The Quail: A Motorsport Gathering 2013.

JD Classics' Managing Director Derek Hood commented: ‘It is the first time for JD Classics at Retromobile and it’s been great to meet up with old friends from Europe and the USA. The business potential here is amazing.’

Visitors can find JD Classics' stand (Hall 1, P89) near the centre of the main Retromobile exhibition hall, positioned midway between the Artcurial auction and Mercedes-Benz displays.