Widely acknowledged as the country’s most prestigious concours d’Elegance, JD Classics were privileged to be invited to participate at this year’s Salon Prive with not one but two of their priceless classic cars. Fresh from its Post-War Sports class win at this year’s The Quail event held during August’s Monterey Classic Car Week, the 1957 Jaguar XKSS is arguably the World’s first supercar having been one of the 16 original cars built by Jaguar from a D-Type chassis. Having only recently completed an 10 month restoration to original specification by JD Classics including restoring the colour to its original Mist Grey, the priceless XKSS example was bestowed the Best Restoration award not to mention also finishing third within its class; ‘Celebrating an Icon’: The Jaguar D-Type. 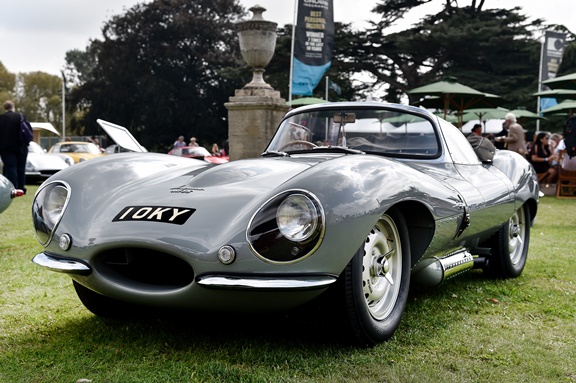 The recently restored Jaguar XKSS once again impressed at Salon Prive to be awarded the Best Restoration Award.

Also in attendance was the 1961 Jaguar E-Type, chassis number 875056. Fully restored by JD Classics to concours specification, the E-Type was the first E-Type roadster to be imported into Switzerland by Jaguar dealer Emil Frey. Having competed in Class K ‘Escaping in Style’: The Great Gran Turismos amongst a select 11 car group of the World’s most impressive Ferrrari, Aston Martin and Jaguar examples, the JD Classics restored E-Type fought off strong competition to finish third in class. 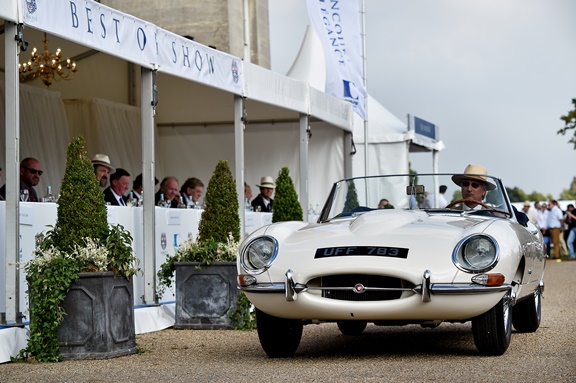 The 1961 Jaguar E-Type is presented to the judges at this year's Salon Prive.

Whilst the XKSS and E-Type made their mark at Salon Prive, the 1952 Jaguar XK120 ‘MDU 524’ famed for its World Speed Record in 1953 was in attendance at Hampton Court for their annual Concours of Elegance. Having recently returned from a successful appearance at this year’s prestigious Pebble Beach Concours d’Elegance at which the car received Best in Class within the Post-War Sports Racing class and the Montagu of Beaulieu award for the most significant car of British origin, the Jabbeke XK120 continued to impress at Hampton Court as the car attracted a large crowd whilst on static display. 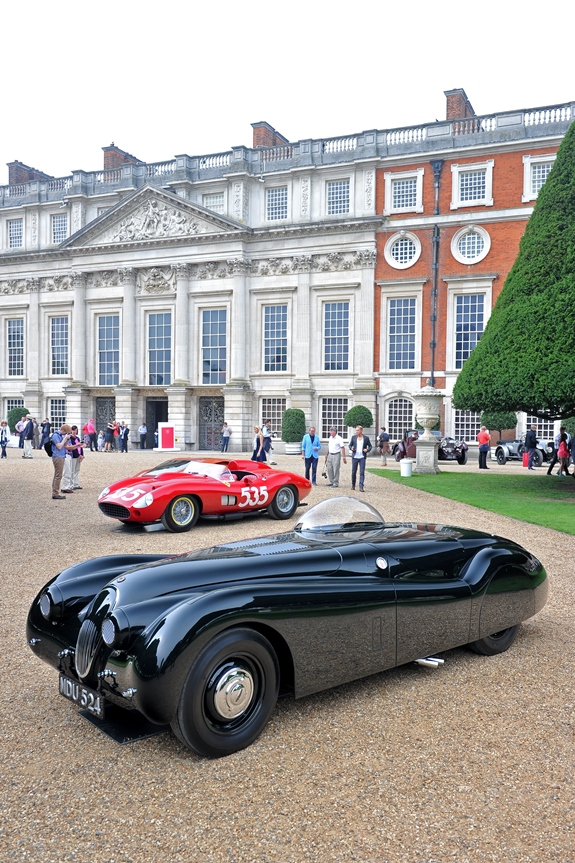