Now in its 21st year, the Goodwood Festival of Speed this year saw a crowd in excess of 150,000 all in eager anticipation for the ever varied selection of automotive machinery. Amongst the selection of cars invited by Lord March to take part in this year’s event was the JD Classics 1973 Ford Cologne Capri. JD Classics also had their Jaguar R1 which was raced in 2000 by Eddie Irvine in the Formula 1 World Championship. The most successful Jaguar R1 raced, the car took pride of place on static display within the extensive grounds of Goodwood House. 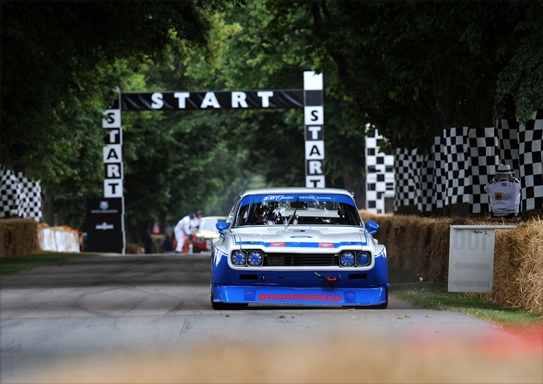 With heavy rain on Friday morning, the JD Classics team set the Cologne Capri up on wet tyres ahead of its first trip up the iconic Goodwood hill. However, the sun soon came out and the team quickly changed back to slicks. With JD regular Chris Ward and motoring journalist and driver Amanda Stretton sharing the Capri drive for the weekend, Chris took to the driver’s seat for the first run. As the crowds gathered in anticipation, the Capri roared away from the start line and up the hill demonstrating its powerful Touring car prowess.

Having run well on its first outing of the weekend, the Cologne Capri continued to attract attention off the track as a large crowd gathered to see the car on display in between runs. Friday afternoon saw Amanda take to the driver’s seat for the second of Friday’s two hill climb demonstrations. 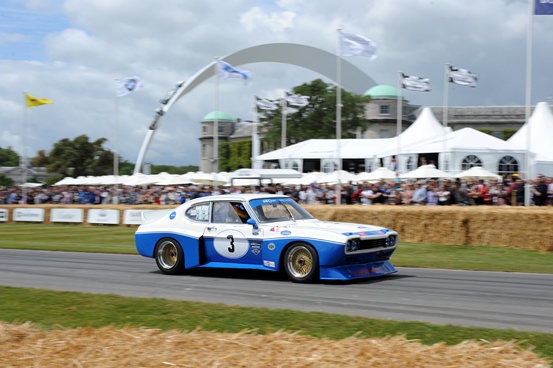 Waking up to a bright start on Saturday, the Capri was prepared for its first demonstration. However, an accident meant there was a lengthy delay resulting in the Capri only doing one run instead of two.

With Amanda driving the car on its first morning run on Sunday, the Capri had started to gather an army of fans including ex racing drivers Emmerson Fittipaldi, who drove a similar Ford Capri alongside Jackie Stewart in 1973, and Jochen Mass commenting on the impressive power of the historic Touring Car.

With both drivers each demonstrating the Cologne Capri for Sunday’s crowds, the weekend came to a close with the Capri having run an impressive sub 60 second time all weekend.