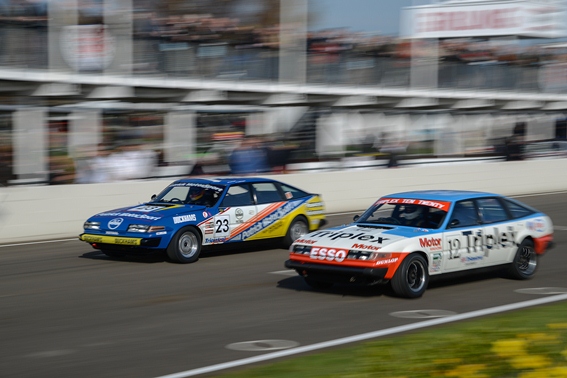 The ex-Patrick Motorsport Rover SD1 of Chris Ward and Andrew Smith proved the car to beat in the Gerry Marshall Trophy Race.

On the 29-30th March, members of the Goodwood Road Racing Club (GRRC) were invited to take part at Goodwood’s 72nd Members meeting, a continuation from the 71 club meetings which were run in the 1950s and 60s for British Automobile Racing Club members (BARC).

With four cars in total, JD Classics were invited to take part at this year’s Members Meeting with the weekend set to provide the perfect sunny spring weather conditions to revive the spirit of Goodwood’s period members meetings.

First to take to the iconic Goodwood circuit and on its first competitive outing as part of the JD Classics team was the ex-Patrick Motorsport Rover SD1. Having spent the winter being prepared by JD Classics’ in-house competition technicians, the team were excited to see how the car would perform. In memory of the late saloon car racing driver, the Gerry Marshall Trophy was set to be an exciting race as the grid of 1970s and 80s saloon cars took to the track to qualify on Saturday afternoon. Chris Ward took the driver’s seat for qualifying and against a 28 car strong field put in an impressive time to qualify in 4th place, just three tenths off the pace of the second placed Rover SD1 of Tim Scott-Andrews. Having qualified well, the JD Classics team focused on improving the setup of the car even further ahead of Saturday afternoon’s first Gerry Marshall Trophy Race.

The Bentley R-Type ‘Gooda’ Special Coupe was next to qualify and with JD Classics regular Wil Arif behind the wheel, the Bentley put it a consistent qualifying performance ahead of Sunday’s Tony Gaze Trophy race. 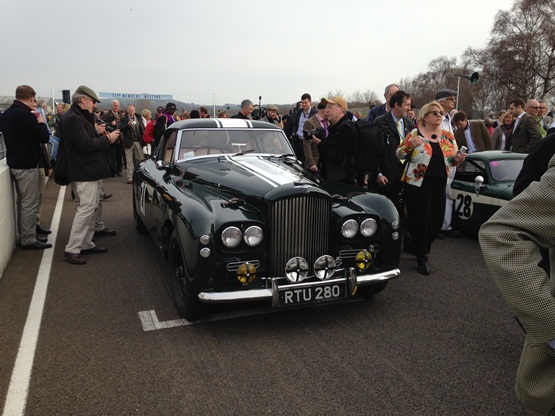 The Bentley R-Type Gooda Special Coupe attracted a lot of admirers throughout the weekend.

Named after the winner of the maiden Goodwood Nine Hours Event in 1952, the Peter Collins Trophy saw an amalgamation of the period event’s most celebrated sports racing cars from the early 1950s including Jaguar C-Types, Aston Martins and Austin Healeys. The JD Classics ex-Canadian Works Austin Healey 100S took to the iconic Goodwood circuit for qualifying on Saturday afternoon, remaining consistent throughout. 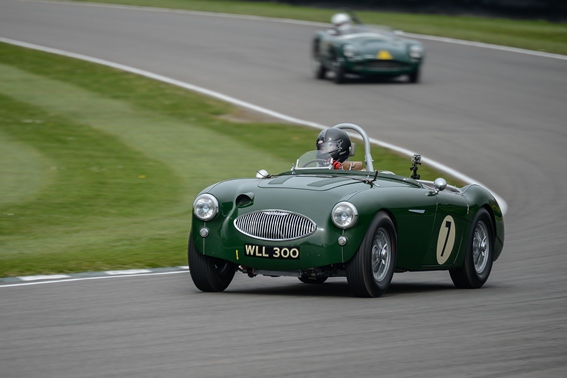 Lastly was the Costin Lister Jaguar of JD Classics MD Derek Hood. Dedicated to its sports car namesake, the Salvadori Cup race celebrated the sports racing cars of the late 1950s during which time Roy Salvadori achieved his greatest result claiming victory in the 1959 Le Mans 24 hour alongside Carroll Shelby in his Aston Martin DBR1. Once again, the Lister performed well, qualifying in 16th place out of a 29 car field.

With Saturday’s qualifying sessions over, the JD Classics team turned their attentions to the Rover ahead of Saturday afternoon’s first Gerry Marshall Trophy race. Although having qualified in 4th place, the JD Classics Patrick Motorsport Rover was able to make a clear run away from the grid thanks to the second placed Ford Capri of Emanuele Pirro and John Young which had to start from the pit lane/back of the grid due to a technical problem. Gaining the lead on the first lap, Chris Ward continued to gain time over the remainder of the field to take victory a clear 8 seconds ahead of the second placed Capri of Pirro and Young which had made a valiant charge from the back of the grid. With a best time of 1:31.647, the JD team were still eager to make further improvements before Sunday’s second Gerry Marshall Trophy race in a bid to maintain the car’s already unrivalled performance. 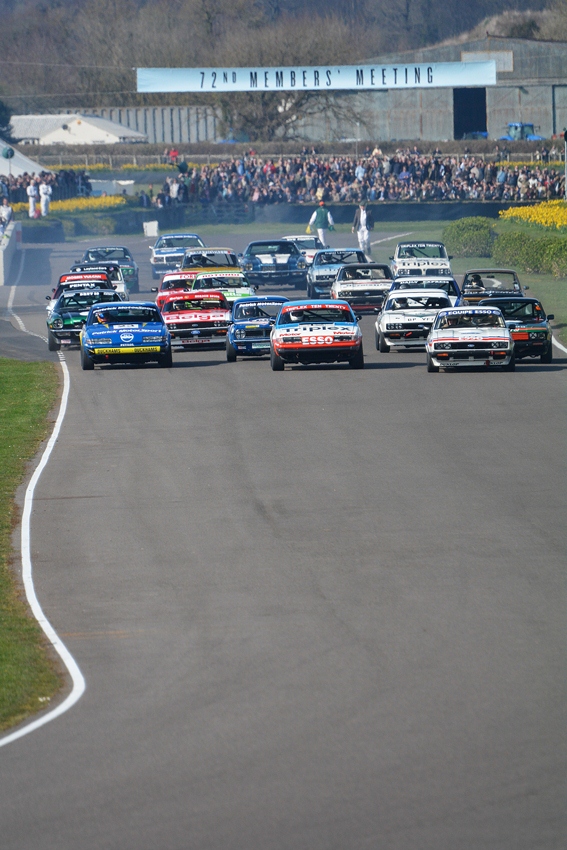 The JD Classics Rover SD1 fought the good fight in the second round of the Gerry Marshall Trophy race to claim another victory.

Waking up to another balmy day, the Bentley lined up on the grid ahead of Sunday morning’s Tony Gaze Trophy Race. Despite qualifying in the second half of the field, the attention remained firmly on the Bentley as crowds flocked to see the car and take photos of it in all its racing glory. Despite a race restart due to an accident, Wil Arif and the Bentley remained consistent and came across the line in its first British competition event in over 40 years. The Austin Healey 100S also drove a commendable race and finished without fault within the Peter Collins Trophy race.

Having won the first round and now starting from pole position, the JD Rover looked set for a good run in Sunday’s second Gerry Marshall Trophy race. A two driver race, Chris Ward took to the wheel first and despite losing a couple of places at the start of the race, the Rover soon found its pace to retain the lead from the now front running Ford Capri of Pirro and Young. As the pit window opened halfway through the 45 minute race, Chris and the Rover held out as fellow cars came in for driver changeovers. Having timed the mandatory changeover perfectly, the Rover, this time with Andrew Smith behind the wheel re-joined the race in 2nd place ahead of the challenging Ford Capri. As the game of cat and mouse ensued between the three front running cars, the leading Chevrolet Camaro of Stuart Graham was penalised with a drive through penalty, having missed the driver changeover window. With the Rover SD1 now back in the lead, the Capri of John Young began to mount a challenge. Despite this, Andrew Smith maintained a strong lead to meet the chequered flag and a second victory for the JD Classics ex-Patrick Motorsport Rover SD1 beating the previous day’s with a lap time of 1:30.491. 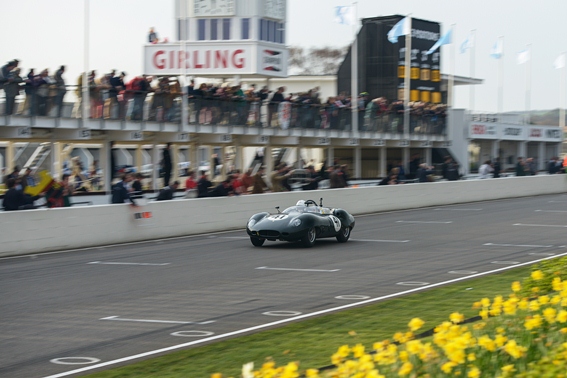 Completing the members meeting weekend was the Salvadori Cup race. Having qualified the JD Costin Lister well, Derek Hood drove the car consistently finishing the race in the top half of the field.