2014’s historic motor racing season got fully underway this weekend at the annual May bank holiday Donington Historic Festival. With an array of automotive treats, including Touring Cars, sports cars and single seaters, the three day event was sure to provide spectators with a high octane weekend of action.

Amongst the vast field of competitors, JD Classics were also invited to take part at this year’s event with a total of four cars competing including three of JD Classics’ powerful Touring Cars of which dominated much of the previous season’s Historic Touring Car Challenge series.

With a sunny and warm start to the weekend, the JD Racing technicians readied their trio of Touring Cars for Saturday morning’s qualifying session. Within a highly competitive field, all three cars put in a succession of fast laps and strong performances with the Group 44 XJS of Chris Ward and Gary Pearson storming to pole position in its first competitive outing since its acquisition and total restoration by JD Classics. Less than half a second behind, the Ford Cologne Capri of John Young and Touring Car veteran Steve Soper took second position to make the front row a wholly JD affair. John Young and Andrew Smith drove the ex-Tom Walkinshaw XJS to qualify within the top 5 of the 17 car field. 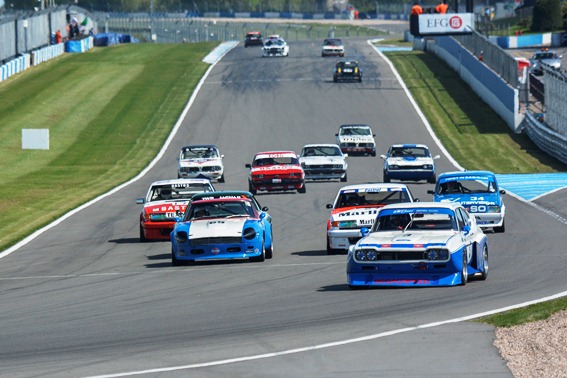 With all three cars having qualified well, the JD team optimised the cars ahead of Saturday afternoon’s Historic Touring Car Challenge race.

As the crowds flooded into the grandstands and took to the banks to watch the 17 car strong field of 1966-85 produced Touring Cars pound round the 1.9790 mile long Donington circuit, Steve Soper took to the driver’s seat of the Capri for the first half of the race. Making good its front row position, the Ford Capri stormed away from the green lights with its 16 adversaries in hot pursuit. Following a smooth driver changeover to John Young, the car remained unrivalled for the whole 30 minute race to take the chequered flag over a second ahead of the second placed MG Metro Turbo of Patrick Watts and Nick Swift. Despite having qualified on pole, the Group 44 XJS had to pit on the opening lap with power steering failure. Having inspected the car, the team sent the XJS back out into the race. Now in last place, the car drove a strong race all the way back up to 4th place. However, the XJS had to retire a mere two laps from a potential podium position. Andrew Smith and John Young also drove a consistent race in the TWR XJS to produce a fastest lap and finish in 10th place. 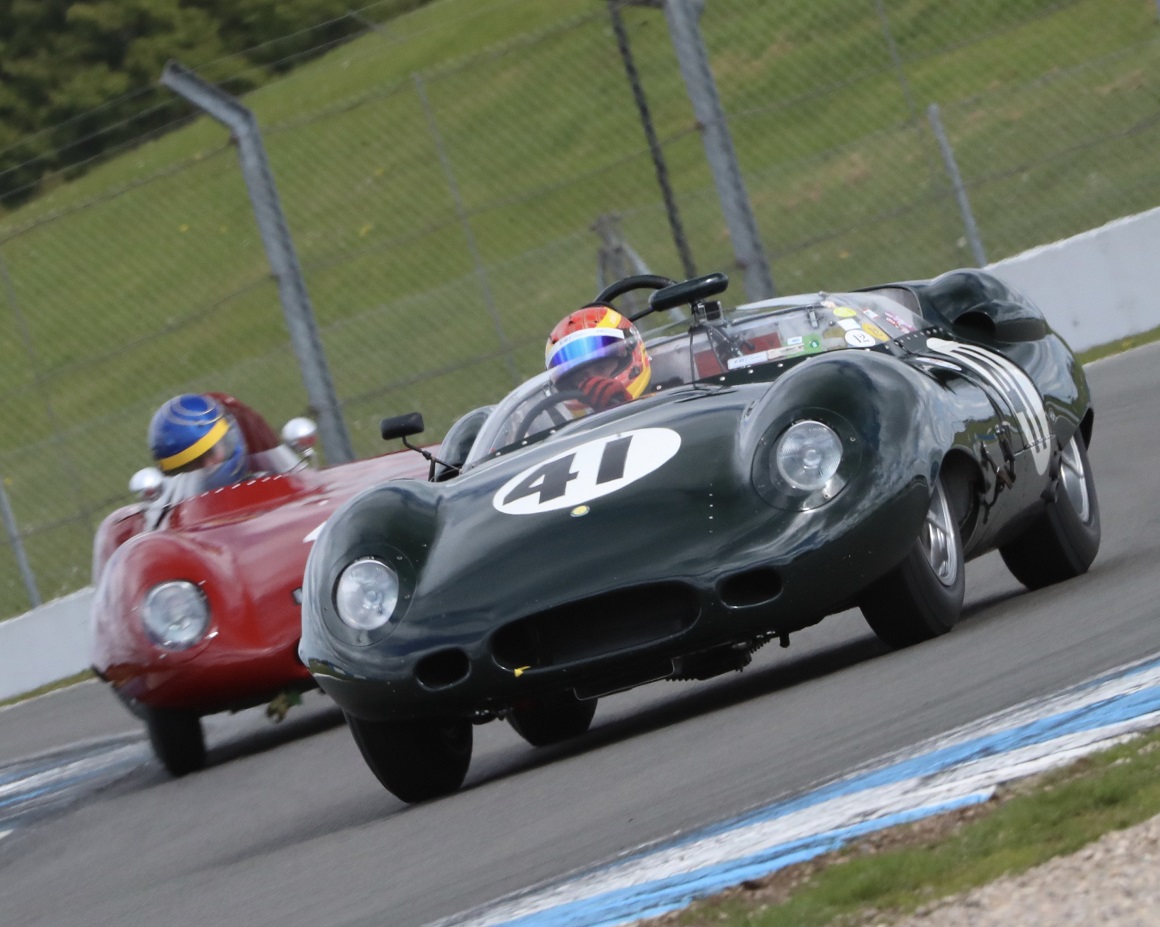 With another gloriously sunny day descending on Donington circuit once more, Sunday morning saw the second round of the Historic Touring Car Challenge get underway. Minus the Group 44 XJS, the JD crew focused their attentions on the two remaining Touring Cars. Having stormed a double victory on its last outing at the Algarve Historic Festival in October last year, the JD team were hoping for a repeat performance from the Capri which was sitting in pole position for the second race. However, a technical problem meant that the Capri was forced to take early retirement. With the remaining XJS of Andrew Smith and John Young charging its way through the field, the car finished the race in a credible 4th place.

Completing the JD Classics line-up at this year’s Donington Historic Festival was the 1959 Costin Lister. Taking part in this year’s first round of the pre 1961 sportscar Stirling Moss Trophy race, Andrew Smith and Chris Ward took to the car for Monday morning’s qualifying session. With yet another hot and sunny day drawing the crowds in their droves, the Lister put in a solid performance to qualify in second place a mere three tenths behind the pole sitting Lotus 15 of Graham and Ollie Bryant.

Monday afternoon’s 60 minute Stirling Moss Trophy race started with Andrew Smith behind the wheel. As the 27 car field came through for a rolling start, the third placed Ferrari 246s of Bobby Verdon-Roe stormed into the lead with the Lister in hot pursuit. Despite initially increasing the gap between the two front runners, Andrew Smith soon closed the gap to 10 seconds before the pit window opened. Having executed a smooth driver changeover, Chris exited the pits to rejoin the race in 6th place with the Ferrari of Bobby Verdon-Roe rejoining the race after the mandatory changeover behind the Lister in 7th place. Despite a panicked trip to the timekeeper due to a photographer inadvertently knocking over the time beacon (throwing the race into confusion), Chris maintained the momentum of the Lister to an unrivalled victory over a minute ahead of the second placed Cooper Monaco of Richard Shaw and Paul Woolley. The Ferrari of Bobby Verdon-Roe was forced to retire with a suspected head gasket failure. 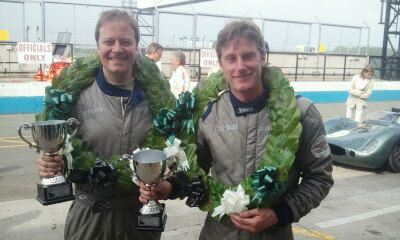 Chris Ward and Andrew Smith drive the Costin Lister to a run away win.

Despite an early retirement for the Group 44 XJS on its maiden outing in recent years, the JD Classics Racing Team produced fastest laps and pole positions not to mention two well-deserved wins from the Ford Cologne Capri and Costin Lister thus adding to the ever increasing dominance of JD Classics’ Historic Racing fleet.