The Quail: A Motorsport Gathering

Having recently undergone a full restoration to original specification, the famous Jaguar XK120 ‘MDU 524’ known for its 1953 land speed record attempt took top honours within the ‘Post War Racing’ class at this year’s The Quail, A Motorsport Gathering. Recognised by its distinctive profile, ‘MDU’ made its post restoration debut at Quail as part of the annual Monterey Automobile Week.

Taking place in the run up to the week’s prestigious finale at Pebble Beach’s Concours d’Elegance, ‘The Quail’ has remained a constant on any automotive junkies to do list, a sell-out event every year since its inauguration some 11 years ago.

Celebrating the achievements of both two and four wheeled automotives, the day’s festivities took place within the luxurious grounds of The Quail Lodge and Golf Club in Carmel Valley as this year’s edition celebrated anniversaries of some of the World’s premier marques and models, including a half centennial retrospective of the iconic Lamborghini marque. 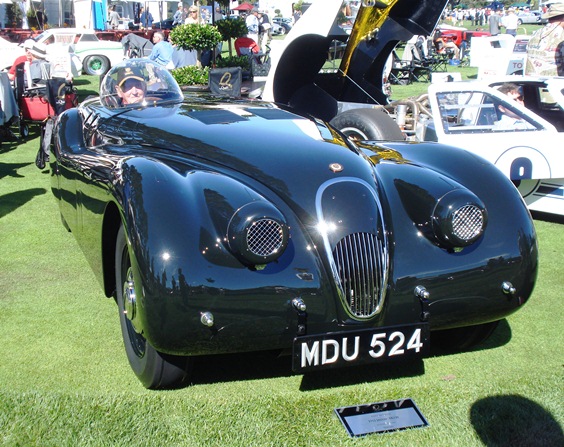 Norman Dewis and the Jaguar XK120 which he raced to a Land Speed World Record at a speed of 172.412mph!

Contributing to this year’s vast array of automotive treasures in attendance was the 1952 Jaguar XK120. Acquired by JD Classics in 2011 and now under the ownership of an American customer, ‘MDU 524’ started life as an original Jaguar Works Competition car and went on to compete in the challenging terrain of the Rallye International des Alpes as its first competitive outing. However, the XK120s real rite of passage came under the command of Jaguar’s then test and development driver, Norman Dewis who drove the car to a Land Speed World Record at a speed of 140.789mph at the Jabbeke Highway, Belgium in 1953.  By April of that year, ‘MDU’ had lost the title to a V8 engined Pegaso which was timed at just over 150 mph. Eager to reclaim the land speed title, Jaguar set about modifying ‘MDU’ in order to improve its aerodynamics and streamline the car to improve its maximum speed. The most notable of these changes was the Perspex bubble which would go over Norman Dewis’ head during the second attempt.

Upon their return to the Jabbeke Highway in the latter part of the year, the performance of both the XK120 and Norman fast surpassed any expectations as the car achieved an incredible top speed of 173.159mph and reclaimed the World Record for the Flying Mile with a speed of 172.412mph.

Sold by Jaguar in the mid-1950s, ‘MDU’ continued racing in competitive national and club events throughout the 1950s and 60s driven by both Albert Powell and a young Brian Redman in period.

‘MDU’ underwent an 18 month long restoration by JD Classics team of in-house specialist technicians to its original land speed record specification in preparation for this year’s Monterey Automotive Week. This included a reproduction of all the car’s period aerodynamic aids most notably the Perspex bubble, full length alloy under trays and forced carburettor air induction system. 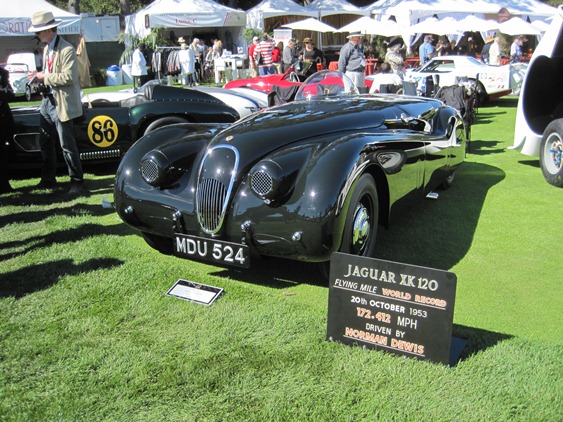 Now 93 years old, Norman Dewis accompanied the JD Classics prepared XK120 to Monterey for its post restoration unveiling and together with its period record breaking driver, caused quite a stir amongst the vast array of classic and period race cars on display.

Within a sizeable field of spectacular Ferrari, Shelby and Aston Martin vintage examples to name a few, this very special Jaguar XK120 did the British marque proud as it was awarded the prestigious Best of Class accolade within the Post-War Racing Cars class. A fantastic post restoration debut, we look forward to seeing this very unique Jaguar at many of the World’s most prestigious classic car events in the future.