In typical Spa form, the JD crew spent Thursday setting up for the weekend in less than ideal weather conditions with torrential rain plaguing the majority of the day. Fortunately, the bad weather conditions were short lived as Friday’s qualifying session took place in bright and dry conditions. Taking part in Friday morning’s free practice session, the JD E-Type took to the ever demanding Spa Francorchamps circuit so to confirm set up and shake the car down. After a couple of changes were made, the E-Type was ready for the afternoon’s qualifying session. With a large field combined for the joined E-Type Challenge/ Guards Trophy Race including the German Gotcha Racing E-Type of star driver Frank Stippler who was the runner up to the JD E-Type at last year’s Nurburgring Oldtimer round of the E-Type Challenge, needless to say the competition was fierce. 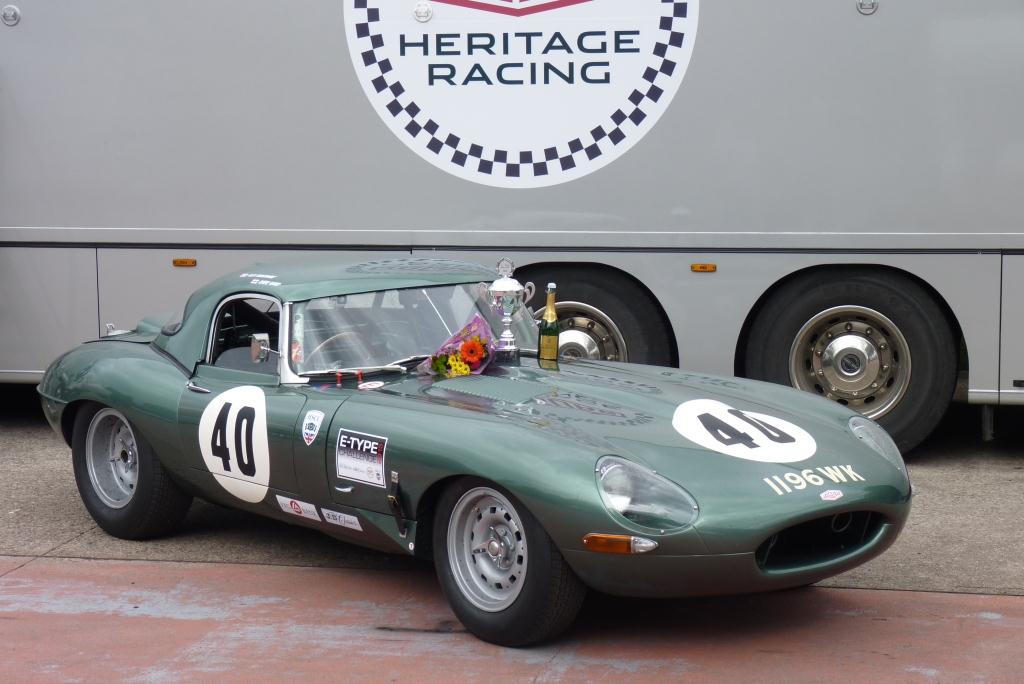 Another class trophy for the JD Classics Lightweight E-Type.

Qualifying proved to be trying with heavy traffic stunting the E-Type’s performance. Nonetheless, Alex and Chris produced a strong performance which would have put the car on pole had the lap not been deleted for allegedly having all four wheels over the outside line of the track. Although having initially queried the decision, the JD team decided against contesting the ruling in the name of sportsmanship therefore qualifying in a not so miserable 11th place with the Gotcha Racing E-Type sitting in 7th position.

Come Saturday afternoon, Chris Ward took to the driver’s seat for the first half of the 61 minute race and maintained consistent lap times bringing the E-Type in for driver changeovers in seventh position. Despite being hampered by a car dropping oil on the track, Alex maintained Chris’s strong performance, charging the E-Type into second place behind the front running E-Type of Frank Stippler. By the time the chequered flag fell, Alex had lessened the gap from 25 to just over 10 seconds to finish in second place. The JD Classics E-Type also achieved a 5th position overall in the combined Guards Trophy, a feat indeed amongst a field including several Chevrons, some of which were fairly beaten by the JD entry.  The team now move on to the next round held at the Brands Hatch Superprix Meeting over the weekend of the 13/14th July.