Now in its 63rd year, the Pebble Beach Concours d’Elegance has played host to some of the World’s most impressive classic car examples. Taking place on the Pebble Beach Golf Course’s famed 18th fairway, the Concours event signals the end of the annual Monterey Automotive Week. Oozing opulence, this year’s Concours d’Elegance played host to a variety of over 200 of the World’s most impressive and elegant classic automobiles as they competed for one of the few coveted accolades awarded during the event.

Having claimed a Best in Class title at last year’s event with the very special ex-Clark Gable Jaguar XK120, this year JD Classics were invited once more, having been accepted for the prestigious event with another unique classic Jaguar XK120 example. Registered as ‘JWK 651’, it is one of six lightweight aluminium bodied cars produced ahead of the start of the 1950 competition season. Driven by Leslie Johnson and Bert Hadley during the 1950 season, ‘JWK’ raced at many a familiar track including Dundrod, Silverstone and the famous Le Mans 24 hour where it ran in 3rd position until the car’s retirement in the 22nd hour. ‘JWK’ also took part in the gruelling Mille Miglia twice in period. Now under the ownership of a long standing customer, the car was restored in 2010 to its former Le Mans and Montlhery Works Specification by JD Classics’ team of in-house specialists and since its completion in 2010, ‘JWK’ has returned to the track competing at Le Mans, Spa Francorchamps and, once again the Mille Miglia. 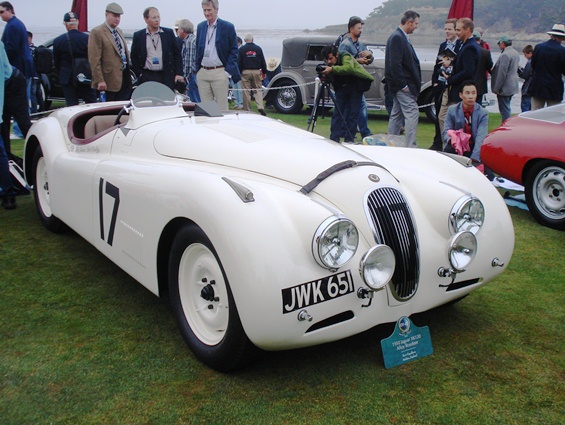 Having claimed a Best in Class title at last year's Concours d'Elegance with the ex-Clark Gable Jaguar XK120, 'JWK 651' wowed in 2013 having been awarded the prestigious Phil Hill Trophy.

Taking place in the days running up to the Concours event, the Tour d’Elegance is a 60 mile drive round the Monterey Peninsula which, this year took participants down to Laguna Seca on which they completed a couple of laps of the famous circuit before returning to the Pebble Beach Equestrian Centre via the coast road from Big Sur. With over 150 of the Concours entrants participating, including ‘JWK’, spectators get to see the beauty of such concours cars in motion as well as on static display during the concours event itself, thus truly showcasing the car’s all round wow factor.

With the level of competition increasing with every year, it is a privilege and achievement for every car that makes it on to the 18th fairway. However, the historical significance together with the car’s classic looks meant that ‘JWK’ made quite an impression when lined up against its period contemporaries to be awarded the prestigious Phil Hill Cup. Awarded to the show’s most significant race car, such an award was a great coup and a testament to the craftsmanship of JD Classics’ quality of restoration work. This special XK120 was also awarded 2nd within Class 0-1: Post-war Sports and Custom Coachwork. 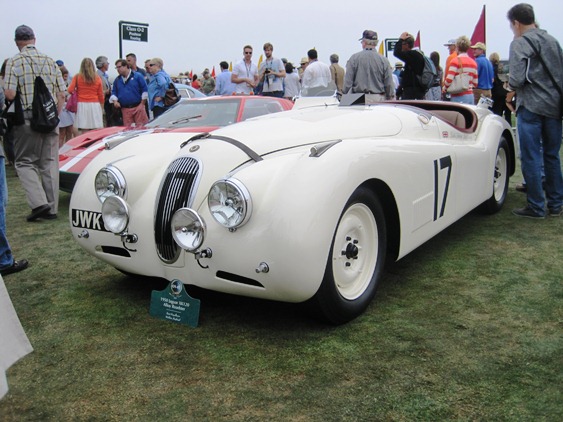 Taking top honours at this year’s Concours d’Elegance was a 1934 Packard 1108 Twelve Dietrich Convertible Victoria. Having undergone a two and a half year restoration, the car was completed with only days to spare before the event, a strive of which proved to pay off for the owners of this rare automotive example.

With the quality of the competition increasing with every year, it is an honour for both JD Classics and their customers to be selected from the large volume of worldwide entrants vying for a place. However, the historical significance and classic good looks of our customer’s special lightweight bodied XK120 proved to be award winner amongst a select pick of the World’s greatest period classic automobiles.