400 classic cars flocked up North for the annual Gold Cup Meeting held at Cheshire’s Oulton Park. Inaugurated in 1953, the iconic British track was this year the centre of the event’s celebrations as its 60th anniversary was marked in style as enthusiasts enjoyed a weekend of non-stop action which reflected the racing history of the circuit and the thousands of cars which have graced the track.

As much as there was an array of classic cars taking to the track, equally the off track action was just as varied and to mark the occasion of Oulton Park’s long racing history, a static display of cars that had appeared at Oulton Park during its 60 years went on display. Included in this display of significant cars, JD Classics were invited with their ex-John Coombs Jaguar MKII Saloon bearing the distinctive number plate, ‘BUY 1’. 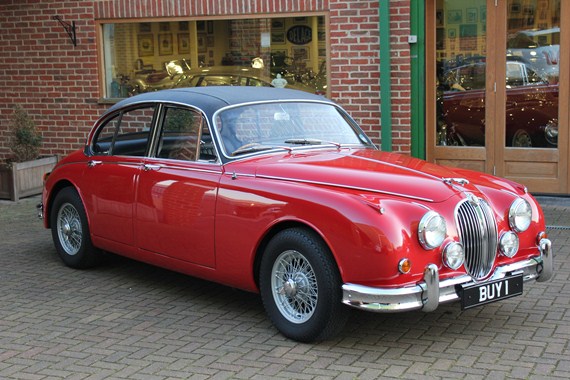 The Oulton Park round of the E-Type Challenge was also a celebration of the racing life of John Coombs who raced one of the model’s first competition examples at Oulton Park in 1961. Having run as the series’ most successful car in 2012, the JD Classics lightweight E-Type was back once more with Alex Buncombe behind the wheel to take part in the special John Coombs dedicated round of the E-Type Challenge. 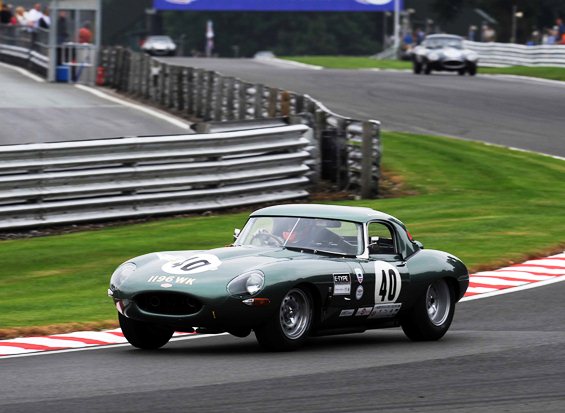 Having endured wet conditions early Saturday, conditions on track were still damp when it came to the E-Type Challenge’s qualifying making the session more testing for the field. Despite this, Alex Buncombe and the JD E-Type managed to put in some solid lap times despite the damp to qualify at the front of the pack in pole position ahead of Sunday’s race.

Waking up to sunny and dry conditions, the grandstands filled with spectators as the day’s action got underway. Midday’s race saw the gaggle of E-Types once again take to the track for the E-Type Challenge race. Lining up behind the JD Classics E-Type, the grid prepared for an exciting 30 minute race ahead. Once the green lights went, Alex led the pack away from the grid and, as usual maintained his dominant driving style to lead the field around the first lap. However, as the JD E-Type began to get into its stride, a technical problem put an abrupt end to the race for Alex Buncombe and JD Classics. 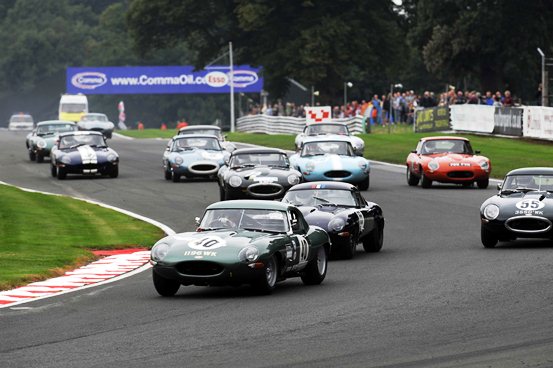 Leading the pack of E-Types off the line during Sunday's E-Type Challenge round.

Despite a disappointing end to this year’s E-Type Challenge series, JD Classics have maintained a dominant presence throughout the series since its inauguration in 2011, having been named A1 class winner in 2012. Winning eight out of the thirteen races that the JD E-Type has competed in so far makes it one of the series’ most dominant and competitive E-Type’s to date.