For the second year in a row and building on the success of 2012, JD Classics and Jaguar Heritage entered and prepared ten cars in this year’s Mille Miglia. With over 1500 entries vying for one of the 415 coveted positions, demand to take part in this year’s event was higher than ever. With participating cars having to adhere to strict criteria in order to take part, standards were high. Therefore, it was quite a coup to have such a brood of cars accepted for entry. JD Classics’ team of in-house specialists were responsible for the pre rally preparation as well as providing support and maintaining each car during the rally. Three Jaguar XK120s, three C-Types, an Austin Healey 100s, Aston Martin DB2/4 and Jaguar Cooper T33 were amongst the Jaguar Heritage works and JD Classics entries. A 1954 Lincoln Capri completed the line-up. 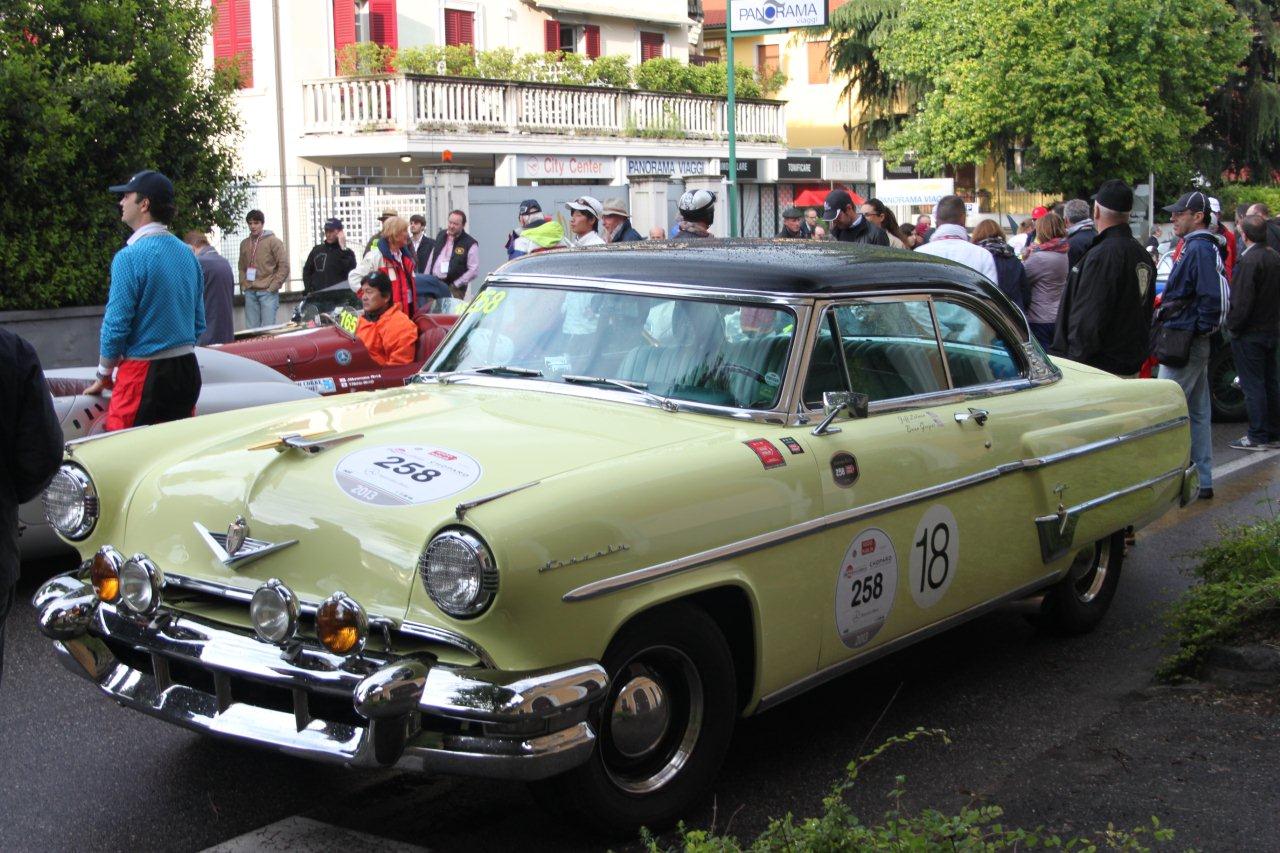 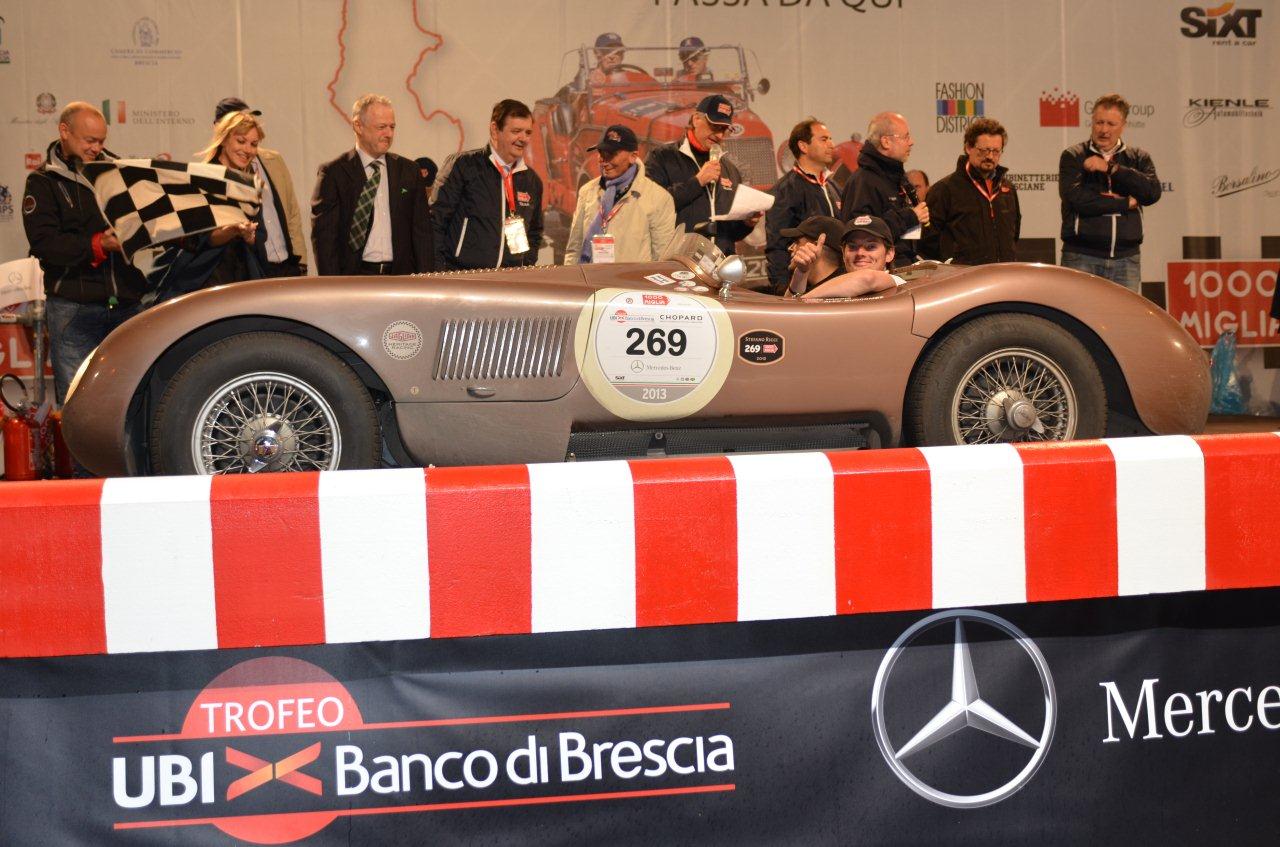 Captained by professional driver Alex Buncombe and journalist Chris Harris, the ex-Fangio C-Type crosses the finish line at the end of a gruelling 4 days driving.

Upon arrival at Brescia trade centre, service crews began the rigorous signing-on process. Once this was complete and all cars had been through scrutineering, competing cars flocked to the Piazza Della Loggia, where the sealing of all 415 cars took place, a tradition which has been carried on since its inauguration as a race in period. Once this long process has been completed, cars, drivers and service crews make their way to the start line.

The first car pulled away from the start line on Thursday evening ahead of a five hour night time drive to Ferrara. The shortest leg of the event, all ten cars reached Ferrara safely in the early hours of Friday morning, allowing support crew’s time to check all vehicles over ahead of Friday’s longer stretch down to Rome. 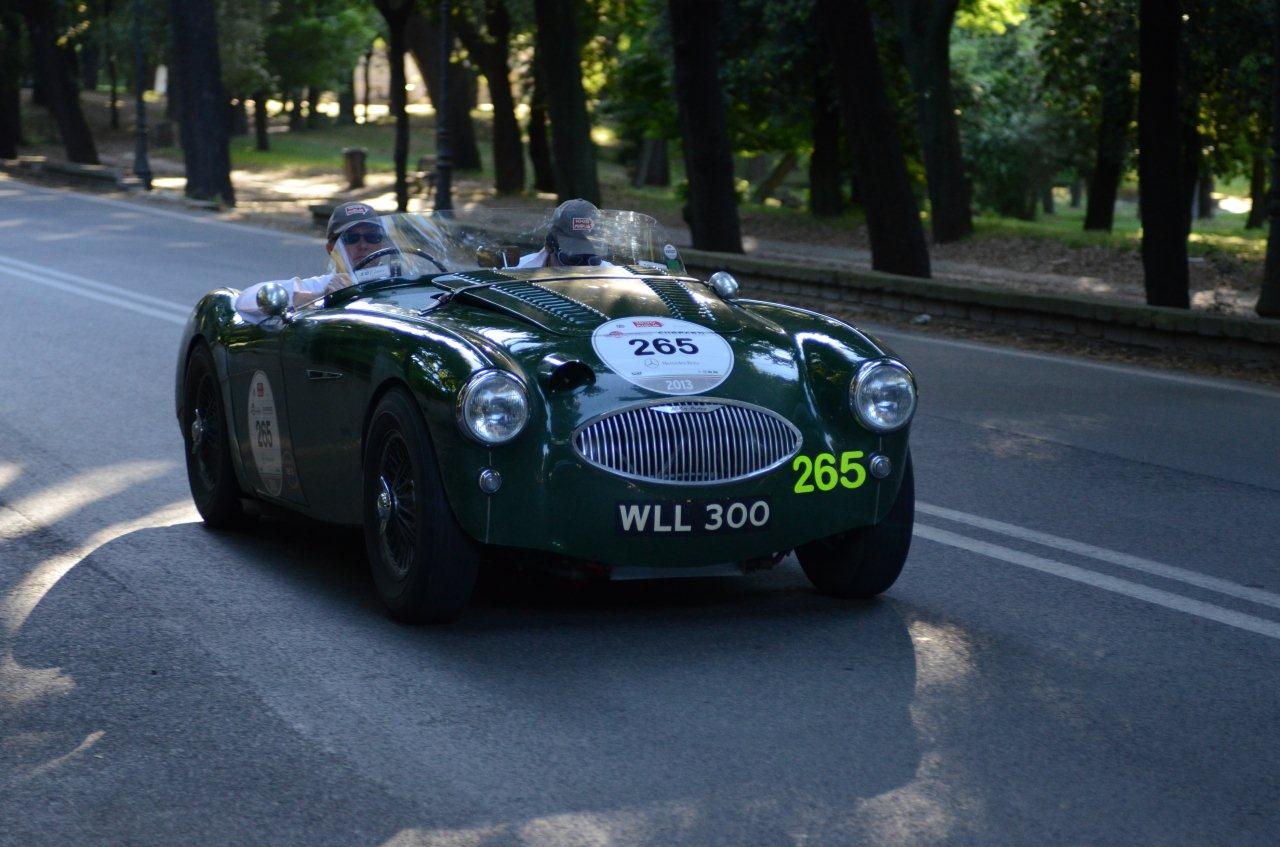 The Austin Healey 100S on the rural roads of Italy.

Having caught up on a couple of hours sleep and dried off from the uncharacteristically wet weather, by the time dawn had broken both drivers and service crews were lining up ready to leave Ferrara for Rome. A longer leg than the day before, much of the journey down to Rome was plagued with intermittent rain showers. The XK120 of Yasmin Le Bon and David Gandy suffered a clash with a fellow Mille Miglia competitor who forced them off the road whilst overtaking. Keeping a cool head, Yasmin’s driving prowess kept any damage sustained by the XK120 to a minimum and after some maintenance carried out by the service crew, the XK120 was soon back on the road. 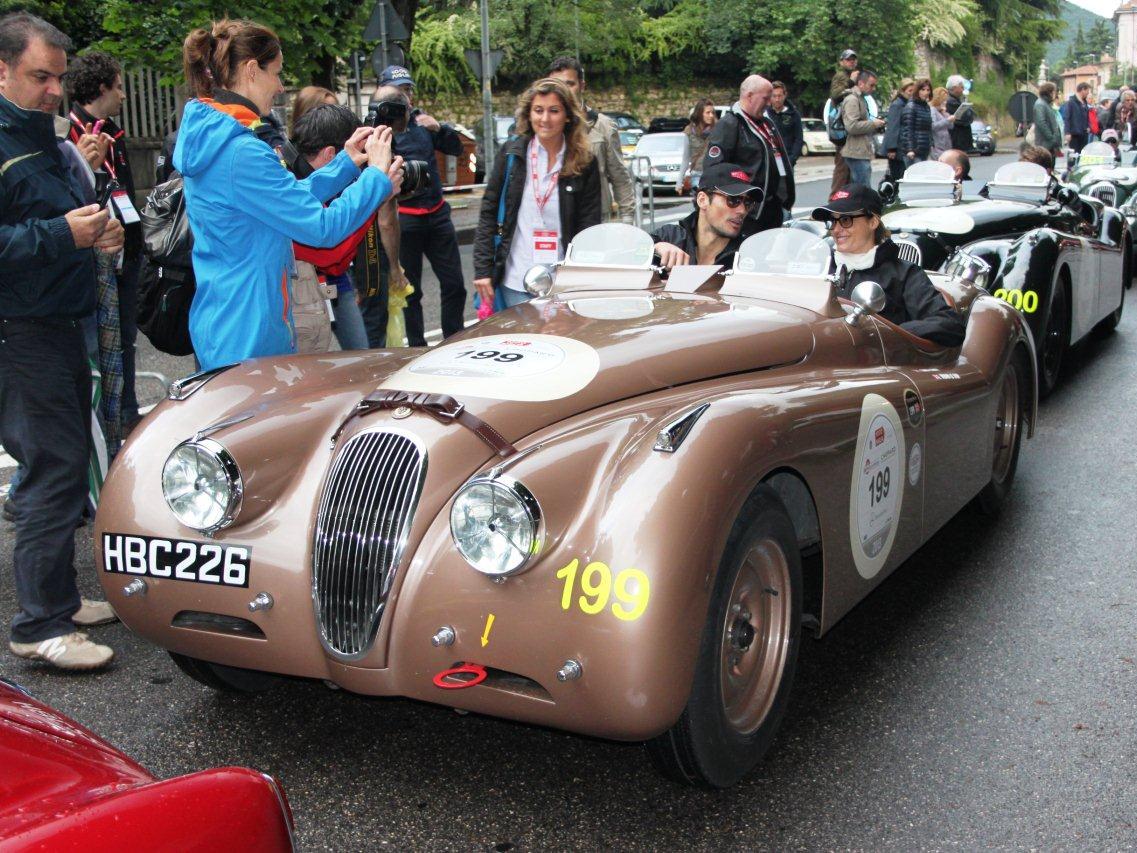 Having left the start line in Ferrara at 8am, the first car arrived at Rome in darkness having negotiated the rustic roads and passes through the Italian countryside. Despite being wet and tired, service crews once more carried out thorough checks on all ten cars ahead of the final return leg to Brescia.

Another early start on Saturday, the final leg was also the longest with a daunting 500 mile return leg back to Brescia. Drivers and teams faced another early start; fortunately, the weather seemed to pick up as it remained dry and bright for the majority of the day, just catching some showers during the last couple of hours. Nonetheless, this couldn’t dampen the, albeit, tired spirits of both the drivers and service crews as all cars arrived safely across the start finish line. Andy Wallace and Sir Chris Hoy were the first of the Heritage works cars to arrive in Brescia. The Cooper T33 of JD Classics’ MD Derek Hood and Race Team Manager Steve Riedling was the first of the JD Classics cars to cross the line. 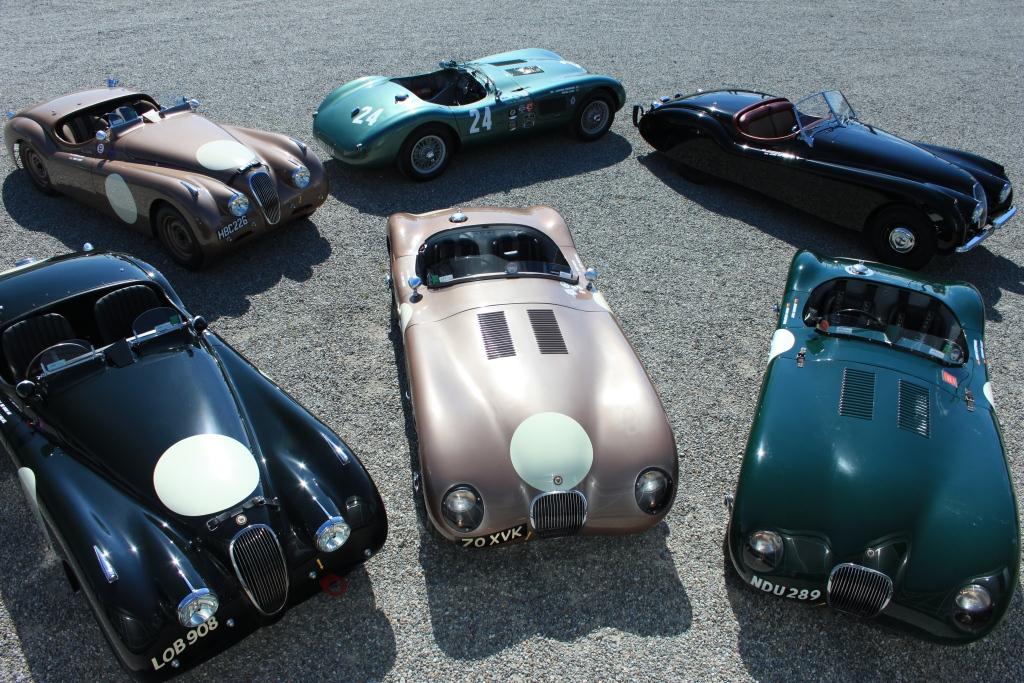 The Jaguar Heritage Racing entries on display before the start of the gruelling 1000 mile rally.

Having covered a gruelling 1000 miles over a three day period is truly a homage to the quality of work put in by all service crew members and drivers alike and we look forward to joining forces once again for next year’s event.