Wednesday 20th March saw a flock of automotive treasures gather within the famous grounds of Goodwood House for the annual Press Day. Now almost an event in itself, the Goodwood Press Day offers a scintillating array of both cars and motorcycles previewing what can be expected at this year’s iconic Goodwood Revival and Festival of Speed. 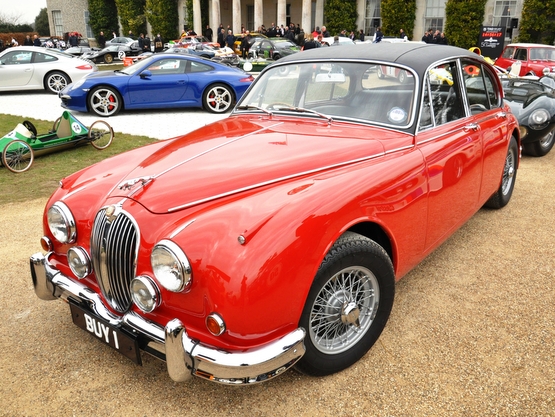 Similarly to years past, 2013’s race calendar is filled with a variety of anniversaries celebrating some of the World’s most recognised marques, models and drivers. This year’s Festival of Speed in particular is a celebration in itself as 2013 marks the event’s 20th birthday. In honour of this, the Festival of Speed will be dedicated to celebrating the highlights of the iconic event during its 20 year history. Having pulled in an impressive crowd of 25,000 in its first year alone, the popularity of the Festival of Speed has increased exponentially and now attracts a staggering 185,000 spectators annually. Other such celebrations will also take place within Goodwood’s extensive grounds including McLaren’s 50th anniversary and a staggering 90 years of the legendary Le Mans 24 hour. 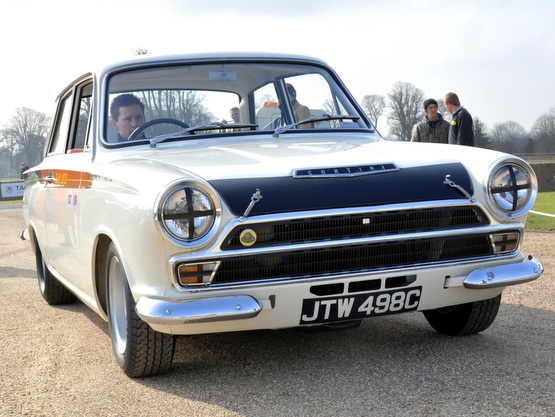 Our special ex-Jim Clark Lotus Cortina will appear at this year's Goodwood Revival, taking part in a circuit parade to commemorate the 50th anniversary of the great driver's first Formula One World Championship.

September’s popular Goodwood Revival also marks several celebrations and this year’s themed circuit parade will pay homage to the legendary Jim Clark and the 50th anniversary of his first Formula One World Championship. Taking part in this tribute will be JD Classics and their 1965 Lotus Cortina which was driven in period by the great man himself. Proving itself to be quite the crowd pleaser at the Press Day, we look forward to being part of this very special tribute to one of the racing World’s most influential characters. 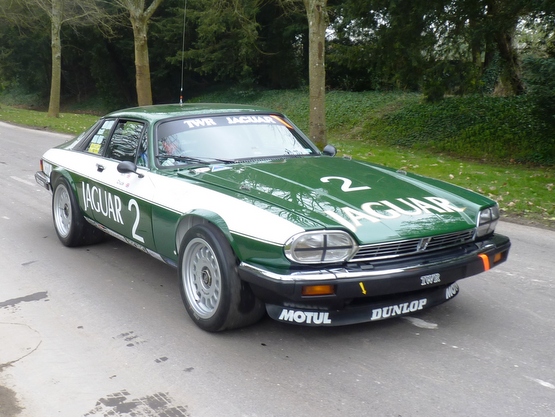 The Lotus, together with our 1962 MkII Original Coombs Demonstrator and our distinctive TWR XJS took to the iconic Goodwood hill in a demonstration for the press and guests in attendance. Cars also took part in the day’s light-hearted ‘Most Spirited Getaway’ competition which sees the cars fly away from the starting line with as much gusto and flare as possible. Needless to say that the lucky members of the press who rode as passengers were most definitely kept on their toes! 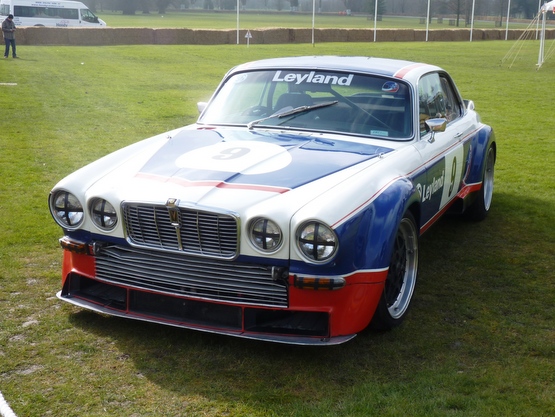 The 1976 V12 Broadspeed Coupe also made an appearance at the Goodwood Press Day.

Our 1976 Broadspeed V12 Coupe was also in attendance on static display in front of the picturesque Goodwood House thus completing the JD Classics line-up for the Goodwood Press Day. A fantastic taster event of what looks set to be another fantastic year of events at Goodwood in 2013.