Last weekend’s iconic Festival of Speed turned Goodwood into a playground for any automotive fanatic as Lord March opened the extensive grounds of Goodwood House for the 20th annual Festival of Speed. Breaking previous year’s records with a staggering 195,000 spectators, the Festival of Speed has long been established as one of the World’s premier automotive events with a veritable array of both two and four wheeled examples from throughout the years.  In conjunction with the event celebrating its 20th birthday, the theme of this year’s festival was ‘Best of the First 20 Years’ with many cars on display both on and off track showcasing some of the highlights of the Festival of Speed during the event’s 20 year history. Other celebratory anniversaries included the 90th anniversary of the 24 Hours of Le Mans, the 40th birthday of the World Rally Championship, not to mention the half centurion of Porsche 911 (which was marked with a special 911 sculpture on display prominently outside Goodwood House), Lamborghini, McLaren and the Ford Lotus Cortina amongst a vast array of others. With so many celebrations taking place, attendees were sure to catch sight of some of the World’s most pristine and original classic examples of such celebrated marques and models. 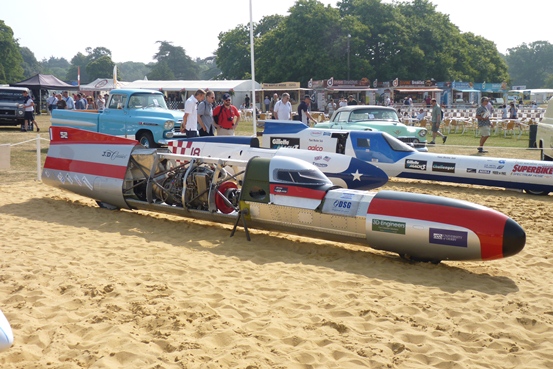 On display with a selection of the World's record breaking machines, the Streamliner's aerodynamic shell was prepared and painted by JD Classics' team of in-house body shop specialists.

Amongst the assortment of off track displays was a special Land Speed Legends Display featuring some of the World’s record breaking machines. Amongst the display was perhaps the most recent project in the form of the very special 52 Express Streamliner which, with former World Superbike Champion James Toseland behind the handlebars, will attempt to break the current World Land Speed Record currently held by American Rocky Robinson at a speed of 376.363 mph when the attempt takes place in September 2014. The Streamliner, whose build has been led by former GP and TT driver Alex MacFadzean has also paid a visit to our JD Classics headquarters with its shell having being painted by the JD Classics in-house bodyshop specialists.

Also on static display was JD Classics’ Toyota 2000GT. One of only a 320 car production, the Toyota is currently nearing the end of an original specification restoration by JD Classics’ in-house restoration specialists. Believed to be the only remaining one owner example in existence, our special 2000GT took pride of place within the festival’s Toyota Pavillion. 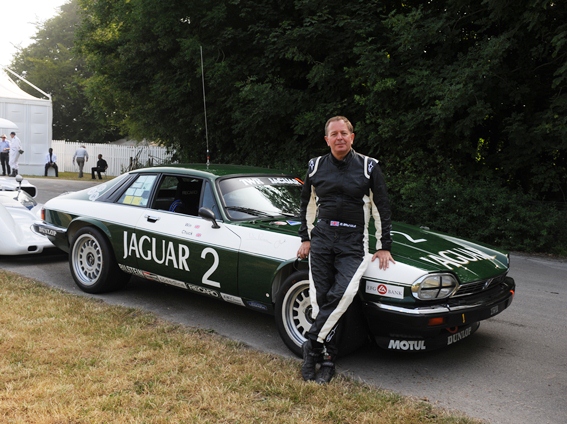 Ex-Formula One driver Martin Brundle took to the seat of the Jaguar XJS during the weekend's festivities.

The JD Classics team also dazzled as much on track as they did off as our ex-Tom Walkinshaw Racing Jaguar XJS took to the famous Goodwood hillclimb over the three day event with the familiar faces of ex-TWR works driver Martin Brundle, Martin’s 22 year old son Alex who has also carved himself a career behind the wheel as the youngest pro-driver in the World Endurance Championship and finally former saloon driver and double winner of the Spa 24 hour, Steve Soper. Despite the searing sun and hot weather conditions, all three drivers gave quite the performance as they roared the 29 year old British icon up the Goodwood hill, much to the delight of the heaving crowds. 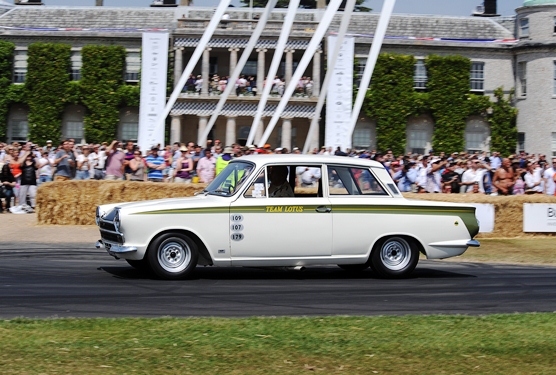 The ex-Jim Clark Lotus Cortina took to the Goodwood circuit to wow the crowds.

Taking to the Goodwood hill also was the JD Classics 1965 ex-Jim Clark Lotus Cortina which was captained by a JD customer. Alongside the car posing for photos was one of the car’s original drivers, Jack Sears. Now in his early 80s and still enjoying driving his old racing Ford Galaxie, he also signed the car thus authenticating his part in the Lotus’ steeped period race history. 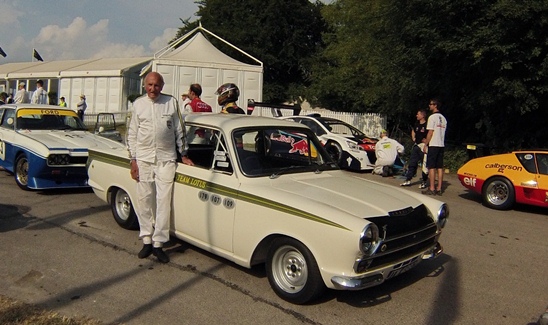 Posing next to the car he raced in period, Jack Sears was one of the many famous racing faces in attendance.

Located in Cathedral Paddock alongside the JD XJS and Cortina was our 1977 XJ12C Broadspeed Capri. Chassis number 004, the car still remains in original condition having been driven by John Fitzpatrick and Tim Schenken in period.

One of the final events of the weekend, Sunday afternoon’s Cartier Style et Luxe Concours d’Elegance offered a carefully selected 50 car strong field all with the potential of being crowned the prestigious Best of Show. With the judging panel made up of a variety of 12 familiar faces including racing engineer Gordon Murray, singer Simon Le Bon and model wife Yamsin, Grand Designs’ Kevin McCloud and designers Marc Newson and Terence Conran at the helm, cars were judged based on their rarity value and classic good looks. With a field of strong competition, it was to the delight of the team that the ‘Best in Show’ was awarded to the JD Classics 1955 Lancia Aurelia B24S Spider. 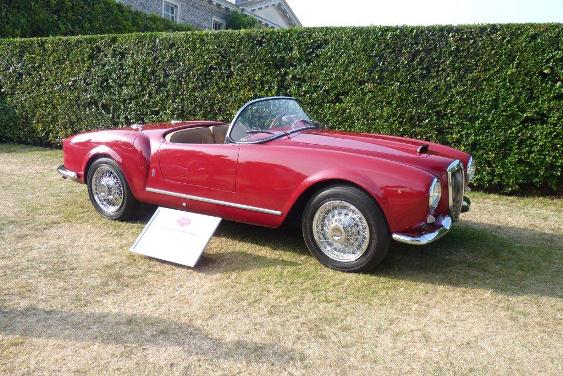 A gloriously hot and sunny weekend, this year’s Festival of Speed was yet again one of the highlights of the competition calendar. With the JD Classics lightweight E-Type peforming well at the Brands Hatch Super Prix this weekend and the Lancia scooping the weekend’s biggest accolade of Best in Show so came to a close a successful weekend for the JD Classics team.

To read more about the lightweight E-Type's performance at Brands Hatch, click here.