The former TWR Works driver and Touring Car Legend came to the JD Classics headquarters in Essex to regale our vast crowds with tales from their varied careers for the first of our breakfast mornings in 2013. 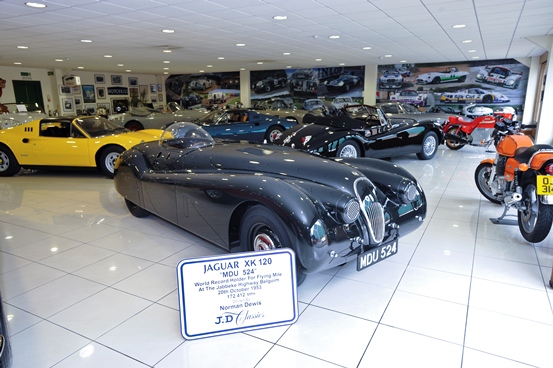 The Jabbeke World Land Speed Record car on display after its recent triumphant trip to America for Monterey Automotive Week.

The Holy Grail for many a devout motoring fan, JD Classics opened their extensive complex to a large crowd, allowing visitors to not only view the six extensive showrooms that JD Classics boast but also get an insight into the work which goes on within the illusive green walls of JD Classics as visitors get to see the work that goes on behind the scenes in the engine shop, body shop, race shop and main workshop where all the magic happens. With members of staff in each department on hand to answer questions and offer further insight into the automotive treats on offer, it is indeed no surprise that JD Classics breakfast mornings have been boasting crowds of up to 1000 people. 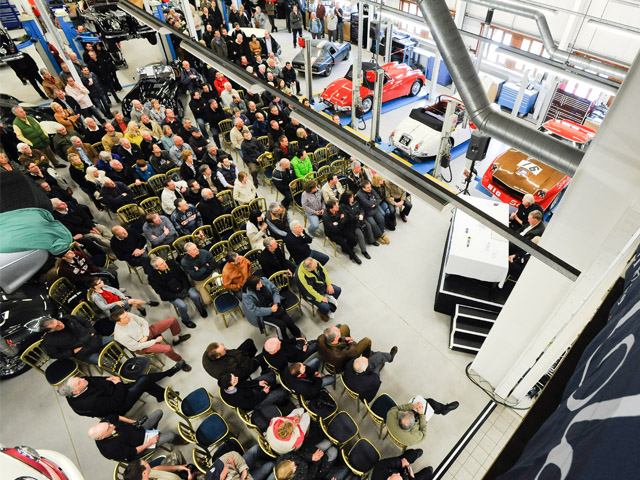 Visitors were able to experience the behind the scenes work that goes into the success of JD Classics.

With our gates open at 8:30am, our guest speakers took to the stage at 10:30am along with compare, motoring journalist and author Alan Henry who would quiz the two men on their illustrious careers.

Having appeared as a special guest speaker at previous breakfast morning’s, Win began sharing stories and anecdotes from his influential career behind the wheel including his racing career at TWR, in particular of the high speed crash of his TWR Jaguar XJR-8LM during the 1987 Le Mans 24 Hours. Having miraculously walked away from the high speed crash which saw Win leave the track on the Mulsanne kick at a speed of over 200mph, upon his return to the team’s garage, Tom Walkinshaw then informed his driver of the dream he had the night before that Win had suffered a fatal high speed crash! Needless to say, Win was relieved to hear this after he had just walked away from such a crash rather than before the race! Such stories Win shared with an infectious enthusiasm and sense of humour, much to the delight of our captivated audience. The powerful Datsun 240Z ‘Big Sam’ which is now under the ownership of JD Classics took pride of place in the race shop during the morning’s talk, a car of which Win also drove during his Touring Car career. 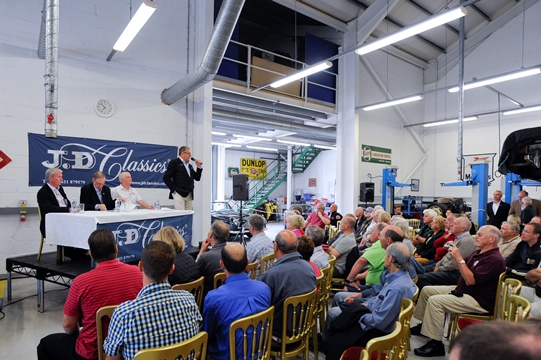 A large audience gather in the main workshop ahead of the morning's talk with the guest speakers.

Equally, Steve enjoyed just as much success within the Touring Car World, having competed in the British, Japanese and German Touring Car Championships throughout his career. Having also raced for TWR around a similar time to Win in a Rover Vittese, both drivers discussed their relationships with team boss Tom Walkinshaw who treated them with a very firm but fair hand, both drivers remaining friends with their former team boss until Tom’s death in 2010. 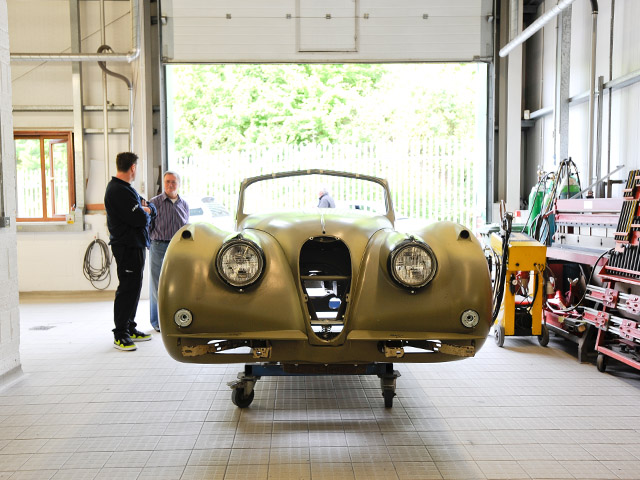 A sizeable turnout for our first breakfast morning in the best part of a year, we now look to our next and final breakfast morning of 2013. Taking place on Sunday 27th October, we will be pleased to welcome two times World Superbike Champion James Toseland and John Surtees OBE, who wowed our crowd last year with tales from his iconic career winning Championships in cars and on motor bikes.