Our penultimate competitive event of 2012, the Uniques Special Ones Concours was held over the weekend of the 28th – 30th September. Held in the picturesque Gherardesca Gardens within the grounds of the exclusive Four Seasons Hotel, the Uniques Concours pays homage to some of the World’s most celebrated historic cars either for their one-off rarity value or historically significant period history. Either way eligible cars must adhere to the stringent specification which distinguishes a Uniques-appropriate car apart from its contemporaries. Fast becoming an unmissable event despite its lesser years in comparison to other well-known concours events such as Pebble Beach‘s Concous d’Elegance, the Italian backdrop of Florence in which the Uniques is set romanticises the event and its stylised surroundings making it a must see for any car enthusiast.

JD Classics were honoured to be invited to take eight of their concours vehicles to take part in the concours part of the weekend’s proceedings and with a mixture of both customer and JD owned cars participating, the team were all hopeful for another successful concours outing following on from last month's win at Pebble Beach. 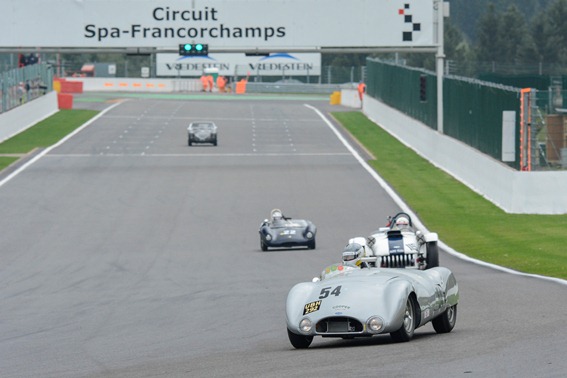 The 1954 Cooper T33 takes to the judging stage to be examined.

Following on from its significant class win at this year’s Pebble Beach Concours d’Elegance in August, our customer 1949 Jaguar Alloy XK120 dazzled in only its second event since the completion of its two year long restoration under the mindful eyes of JD Classics in house specialists. Most famously recognised due to its high profile first owner, Hollywood icon Clark Gable, the XK120 was awarded Best for Originality and Restoration within ‘La Dolce Vita’ class. With two prestigious concours awards within two months of its completion really goes some way to highlighting the level of expertise with which JD Classics are widely recognised. Also competing in ‘La Dolce Vita’ class was our 1961 Jaguar E-Type Roadster. A customer car also, it underwent a full restoration which was completed in 2012 by JD Classics and, similarly to the Clark Gable XK120 has only recently begun participating in concours events, the Uniques concours being its first. Despite being pitched against many superbly restored cars, the E-Type nevertheless wowed the judges and was awarded Best of Class for Styling. 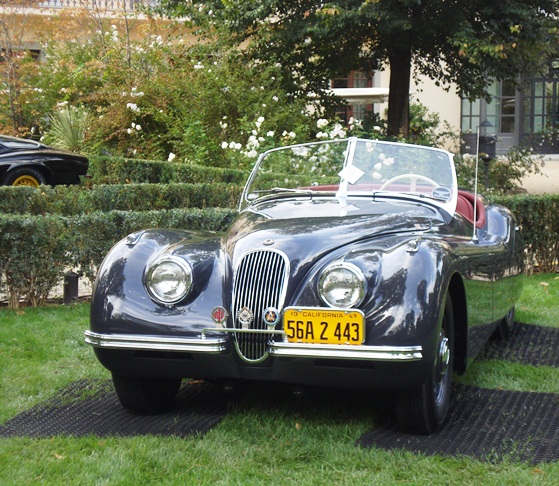 The ex-Clark Gable XK120 on display within the Four Season's vast gardens.

‘The Swinging Sixties’ class saw both an American customer's 1968 Ford Mustang GT Convertible and a Swiss customer's  1961 Jaguar E-Type coupe compete against a varied group of some of the best that the 1960s had to offer including a Bentley S3 Continental and Bizzarrini 5300 GT Strada. Both cars painted a striking picture and stood amongst a strong group of World class cars. Originally retained by Jaguar as a press car, our E-Type stole the show, not only winning Best in Class for both Originality and Restoration and Styling but was also bestowed the Overall Best of class award – a great coup for this first time entrant. The Mustang also performed well within the group finishing third in class overall. 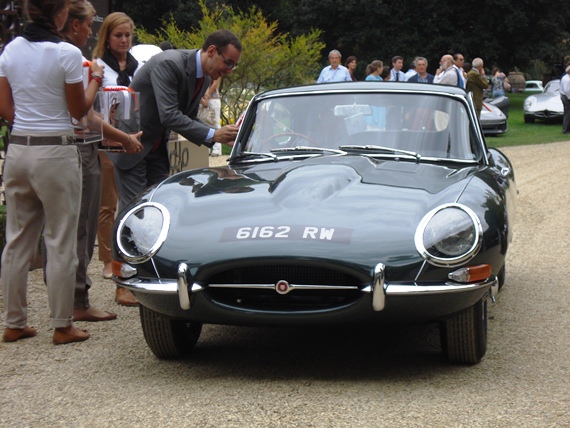 The E-Type receiving its award for Best of Class for Originality and Restoration and Styling.

The JD Classics Rolls Royce Phantom II proved a popular attraction within the ‘Elegance in the Thirties’ class standing in as original condition as it was when custom built for Sir Robin McAlpine in 1932, even down to the original paintwork. Recognised as a superb original example, the Phantom was invited to take part in the 2011 Concours d’Elegance and Tour d’Elegance at Pebble Beach. With the Uniques being only its second concours event we hope to enter it in many more of the same in the future. Entered as part of ‘Sports Cars of the Fifties’ class, our 1954 Cooper T33 Sports proved itself to be one of the finest examples of its kind having competed in World famous period events such as the Mille Miglia, Goodwood Revival and in major European historic race events and most recently has competed and finished the Mille Miglia for the past four years. 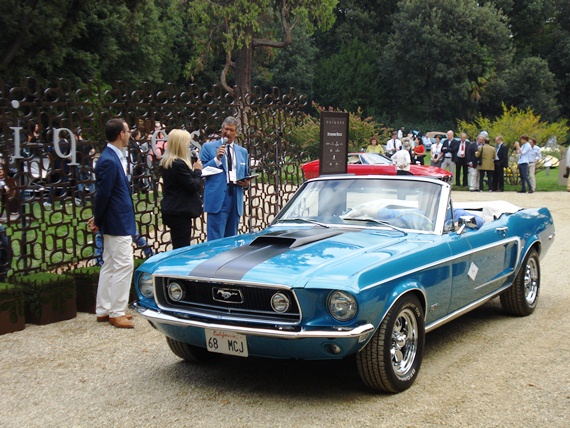 The 1968 Ford Mustang GT Convertible in front of the judging panel.

The 1948 Cooper MK4 F2 and the 1952 Connaught A-Type made up the two final JD Classics cars in attendance. With steeped historical racing experience, both cars have competed at many of Europe’s legendary racing events and circuits including Goodwood and Silverstone, the Connaught, in particular was driven by racing stalwart Stirling Moss at the Italian Grand Prix in Monza in 1952. Both cars attracted a lot of attention due to the quality of JD Classics historic race preparation and substantial motor racing background.

With an impressive five awards presented including an Overall Best of Class, the Uniques Special Ones Concours proved to be a perfect addition to an already fruitful competition season for JD Classics in 2012, the momentum of which we hope to maintain and better in 2013.