Founded by businessman and racing enthusiast Vincenzo Florio, the Targa Florio is the World’s longest running racing event having been in existence since 1906. Comprising of some of Sicily’s most gruelling roads, the Targa Florio has long been established as one of the most challenging events in which a car can compete. The race was deemed so treacherous during its earlier days that for the cars successful in completing the event it was an incredible coup at a time when cars did not possess the technological advancements of their more recent counterparts.

Originally run as part of the World Sportscar Championship, the Targa Florio saw cars weaving around Sicily’s precarious mountain roads with many a legendary racing driver having tackled the challenging event including Juan Manuel Fangio and Stirling Moss. For many years, the Targa Florio faced backlash and sparked concern due to the lack of safety measures in place, with spectators sitting very close to the roads and passing race cars. Although such concerns were raised years beforehand, it wasn’t until a fatality in 1977 that the Targa Florio was cancelled. Recommencing the following year the objectives had changed and similarly to the Mille Miglia focused on skill and endurance as opposed to flat out speed. 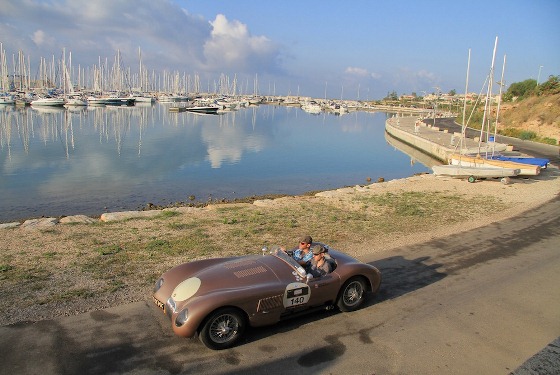 The ex-Fangio Jaguar C-Type taking part in the famous Targa Florio which takes place in Sicily.

This year’s Eco Targa Florio as it is now called recreates the magic of the period Targa Florio and like the original, the course guides participating cars through the legendary Circuito delle Modonie and Giro di Sicilia. With a variety of marques and models, some of which would have taken part in period, so the event is relived in all its glory but without the safety concerns that led to this historic rally’s demise.

In what was to be the final competitive event for the team in 2012, JD Classics and Jaguar joined forces once more and, as Jaguar Heritage Racing entered the very special 1952 ex-Fangio C-Type. A regular competitor at many of this year’s historic meetings, the C-Type has collated a string of impressive results including an unparalleled victory at the Monaco Historique in May. Driven by motorsport journalist Graeme Hurst and co-driver, JD Classics technician Jake Dale, the C-Type was also invited to take part in a very special parade alongside 18 of the most impressive period examples from the 110 strong pack. Such an invitation emphasises the historical importance of this very unique C-Type previously driven by one of the greatest racing drivers in the sports history, Juan Manuel Fangio. 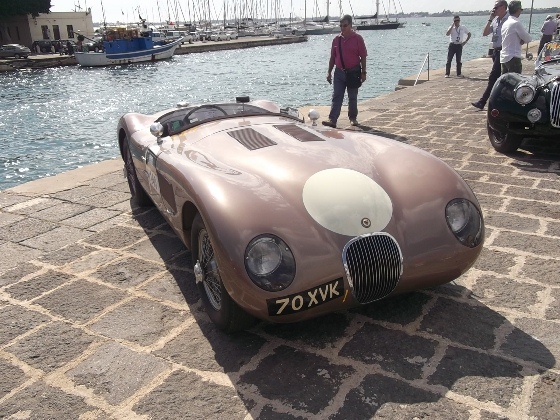 Made up of sports models, prototypes and even cars which participated in the original Targa Florio, the Revival parade took place on Thursday ahead of the start of the rally with cars adopting period style additions such as vintage race stickers. Drivers were also encouraged to wear period style clothing in keeping with the parade’s theme. The cars slowly convoyed to the start line to join the field, much to the delight of surrounding spectators lining the roads.

Once at the start line, our C-Type prepared with the rest of the field ahead of the gruelling three day rally which lay ahead and with just over 900 kilometres to cover, it wasn’t an event to partake in lightly. The C-Type however proved an exception to the rule as Graeme Hurst and the Jaguar Heritage Racing team experienced a next to perfect weekend completing the scenic course without a hitch with the car performing faultlessly.