For a few of days at the end of August, the famous 18th fairway of the Pebble Beach Golf Links transforms into what can only be described as a garden of dreams for any red blooded motoring enthusiast as the Pebble Beach Concours d’Elegance takes place. An extensive selection of over 200 of the World’s most desired and historically significant cars are invited to take part in what is widely regarded as the most highly respected concours event in existence. Now in its 62nd year, Pebble Beach epitomises elegance, a factor of which is reflected in the ingenuity of both performance and style of participating cars. 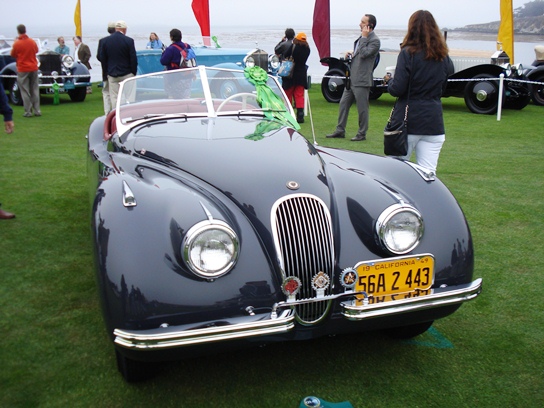 The recently restored XK120 on display on the 18th fairway of the Pebble Beach golfcourse.

Once again, JD Classics were invited to attend this year with a very unique Jaguar XK120 Roadster which was not only prepared for the event by our team but the restoration specialists at JD Classics headquarters have spent the last two years restoring it to original specification. With many a distinguishing historical feature contributing to its reputation, it is now considered one of the most desirable XK120s in the World. Regularly referred to by its chassis number, 670003 was the very first produced customer Jaguar XK120 to enter into America in 1949. Furthermore, upon its arrival, the car was purchased by its first owner who was none other than Hollywood screen icon Clark Gable.

Restored to its very original self during the two year long restoration it endured under the watchful eye of our expert restoration team, the car was carefully returned to the original “Gable Gray” colour of which Roger Barlow and Clark Gable created for the car back in 1949 and which was concisely replicated by the JD Classics in-house body shop team. 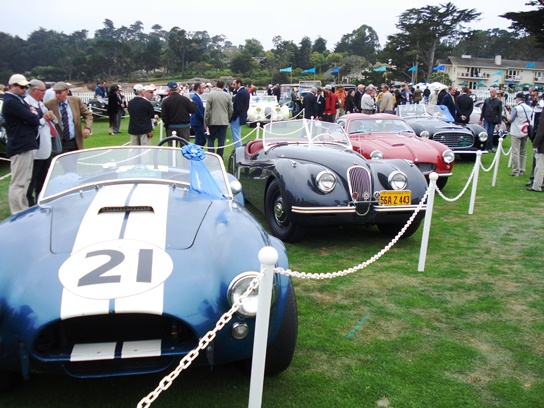 As the concours section of the Pebble Beach meeting celebrates the exquisite craftsmanship of competing cars, so the Tour d’Elegance is designed to celebrate these period examples in motion, encompassing the elegance of which is a fundamental factor of the event as a whole. The 60 mile tour takes in the spectacular sights around the Monterey Peninsula and allows spectators to savour the convoy of prized examples in an event of which our customer’s Clark Gable XK120 was proudly displayed.

Despite its World class good looks and significant historical value, the XK120 faced stiff competition from fellow contemporaries. However, the special Gable car reigned supreme to be crowned Best in class in the “Post-war sports open” category fighting off competition from a 1955 Lancia Aurelia B24 and a 1952 Allard J2 Roadster beating them both into second and third place respectively. Not a bad performance for a car which was discovered five years previous in an unrestored state. A 1928 Mercedes-Benz 680s Saoutchik Cabriolet was awarded the coveted Best in Show award. 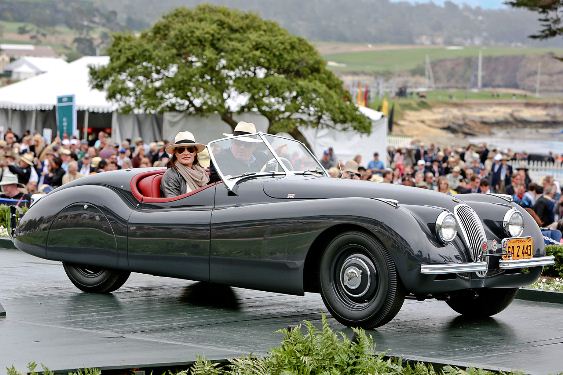 Taking to the main stage, the XK120 is awarded its class win within the "Post-war Sports Open" category.

Having come away from Pebble Beach with a class win is a reflection of the originality and attention to detail of the XK120s flawless restoration. Currently residing in America with its owner, the car will be travelling to Florence at the end of September to take part in another concours event, the “Uniques Specials Ones” with hopes of yet more accolades recognising it as a World class classic car example.