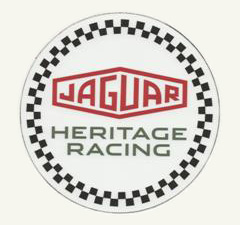 Announced at a press conference held at the RAC club on London’s Pall Mall on Monday 12th March, JD Classics are excited to be involved in heritage racing which will see classic Jaguars, predominantly C and D-Types and XKs return to the forefront of the motor racing limelight. Significant figures within Jaguar’s racing past including Sir Stirling Moss, Win Percy and John Coombs were present at the launch, having all played a significant part in Jaguar’s steeped and influential period racing history.

The first event will begin at this year’s Mille Miglia in May, a particularly poignant opening event as it will mark 60 years since Stirling Moss and Norman Dewis, Jaguar’s then chief development driver drove the first disc brake-equipped Jaguar C-Type to run in the event.

From the Mille Miglia, Jaguar Heritage Racing will compete at many of Europe’s major race events including the Nurburgring Oldtimer GP and the Goodwood Revival to name but a few with JD Classics on hand at all this year’s major historic racing events.

Frank Klaas, Jaguar’s global head of communications emphasised the historical values that set Jaguar above many of their modern contemporaries: “Other companies are purely technology driven. We have that technology too, but we’re also driven by a unique history and emotion and that’s what separates us”. This philosophy is shared by JD Classics and Managing Director Derek Hood who reinforced their commitment to the preservation of Jaguar’s heritage: “Jaguar’s have been at the heart of our business for many years, and the opportunity to work with Jaguar Heritage Racing and ensure that the company is as well represented in historic motorsport today as it was when those same models competed in period is one we were only too happy to accept”.

JD Classics are widely recognised as the World’s premier Jaguar restoration experts, a point of which Jaguar global PR director, Ken McConomy reinforced during Monday’s launch, describing us as a “proven and qualified partner” for Jaguar.

We at JD Classics are truly committed to preserving the historical value of heritage racing and we look forward to working in conjunction with Jaguar in bringing historical racing back into the forefront of the motorsport world.