With its heady mix of vintage style and elegance together with a wide variety of period race cars, the Goodwood Revival remains the World’s most famous event of the historic racing season. Encapsulating the era in all its former glory, the Revival evokes the magic of the 40s, 50s and 60s reflected in the authentic and period appropriate recreation of this most celebrated golden era of motorsport. Inaugurated in 1995, the Revival has proved to be one of the year’s racing highlights for spectators and participants alike with demand for tickets increasing exponentially year after year. Celebrating all things automotive produced and raced between 1948-1966, the Revival acts as a time machine regressing to this heyday of motorsport with trade stands, eateries and even attire all-encompassing of the aesthetic qualities of the period. 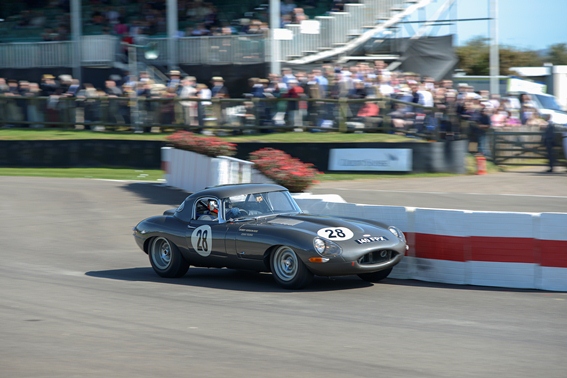 John Young and Bobby Verdon-Roe temaed up to race the JD Classics E-Type in the RAC TT Celebration Race.

2012 was, like so many years before, abundant with anniversaries most notably of which was that of the legendary AC Cobra which celebrated its 50th anniversary this year. Much like the E-Type’s half centurion celebrations in 2011, the AC Cobra was celebrated with a dedicated race featuring a kaleidoscopic array of historically relevant and period example Cobras. Other celebratory events included a stunning demonstration by a fleet of iconic ‘Silver Arrows’ signifying the 75 years since the car’s pre-war debut in the UK. 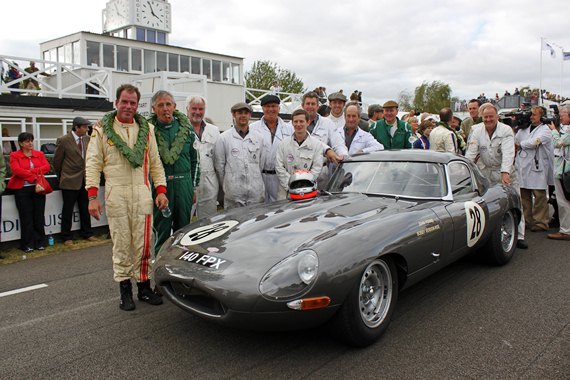 JD Classics were privileged to be once more invited to take part in this year’s celebrations at Goodwood. Three of the five JD Classics entries; the ex-Fangio C-Type, Mk 7 and D-Type took part as Jaguar Heritage Racing and alongside the JD entries of our Costin Lister and E-Type so made up the weekend’s five car line-up.

The first race of the weekend was Friday evening’s 90 minute Freddie March Memorial Trophy race with the C-Type first up on track with duo Alex Buncombe and John Young sharing the drive. Having qualified the C-Type into second place, things looked promising for the Jaguar Heritage Racing entry ahead of Friday evening’s race. The Freddie March Memorial Trophy pays homage to Goodwood’s legendary nine hour race which first began 60 years ago. A field scattered with fellow Jaguars, Aston Martins and Austin Healeys, both car and drivers needed to be mindful not to rest on their laurels going into a race within such a highly charged field of competitors. And rest on their laurels they didn’t as the C-Type performed consistently well with both Alex and John driving a strong race and securing a solid victory for JD Classics and Jaguar Heritage Racing. The C-Type's win brought another accolade to the JD Classics name as this was also the first time a Jaguar has won an endurance event at Goodwood. 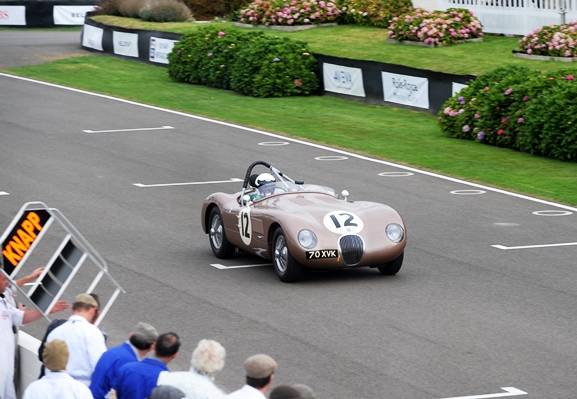 With the rise of a sunny and hot Saturday came the first of the two part St Mary’s Trophy. A race specifically for saloon cars which raced between 1950 and 1959, Jaguar Heritage Racing entered the Jaguar MK 7 with Le Mans stalwart Andy Wallace behind the wheel for race 1. Although lining up 25th on the grid after a wet qualifying session, Andy drove a consistent race finishing in 13th position. Derek Hood took over the drive for the second part of the St Mary’s Trophy on Sunday afternoon and after another unswerving performance, the MK 7 finished in a respectable 13th place overall out of a 30 car field. 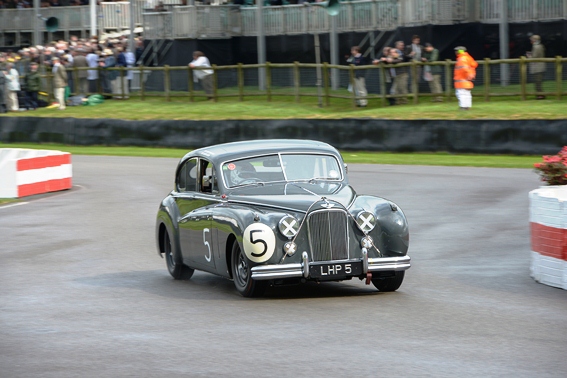 The one hour RAC TT Celebration race on Sunday afternoon saw John Young and Bobby Verdon-Roe pair up in the Jaguar E-Type. One of the weekend’s most popular races, the RAC TT Celebration race celebrates GT cars which competed from 1960-1964. With both John and Bobby qualifying the car over two separate sessions, the E-Type achieved an overall qualification of 2nd position placing the car in a strong position for the race. Sitting next to the first placed lightweight E-Type of Martin Brundle and Adrian Newey the race got underway in front of a packed grandstand. A first lap spin from the pole sitting E-Type meant that John Young found himself leading the gaggle of cars in hot pursuit. Remaining dominant at the head of the pack, John Young seemed unstoppable. However, an on track shunt further down the field saw the deploy of the safety car and with ex-Formula One driver Martin Brundle now behind the wheel, Newey’s rival E-Type began to close on Bobby Verdon- Roe who had taken over from John Young for the second half of the hour long race. By the time the chequered flag fell, the win was claimed by Adrian Newey and Martin Brundle. Despite this, John Young’s E-Type maintained a strong position to come across the finish line in second position. 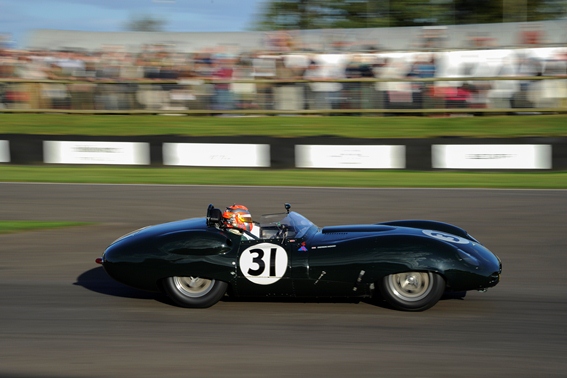 The final race of the weekend, our Costin Lister was raced in the Sussex Trophy Race by Alex Buncombe.

The Sussex Trophy was the team’s final race of the weekend with both the JD Costin Lister and Jaguar Heritage entered D-Type taking part driven by Alex Buncombe and Derek Hood respectively. Made up of 1955-1960 World Championship sports and production sports racing cars, the finale race looked set to be an explosive one with Aston Martins, Maserati’s and other such power players making up the grid. A stunning performance from Alex Buncombe in qualifying saw the Lister take pole position. Strongly tipped as a race favourite following a succession of race wins in 2012, sure enough Alex got off to a flying start leading the pack into battle. Unfortunately for Alex and the Lister, a spin on oil and an unforeseen technical problem resulted in their retirement from what looked set to be another victory for Alex Buncombe and JD Classics. The D-Type also encountered problems during the race and did not finish. 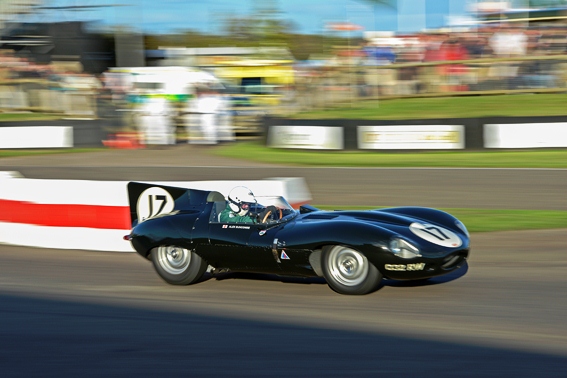 As the Goodwood Revival comes to a close for another year and drivers, teams and spectators alike hang up their vintage attire, we look forward to next year’s Revival and strive to demonstrate the same sort of superb historic examples with which Goodwood Revival are synonymous and that JD Classics maintain and race amongst some of the World’s finest.