Now in its 19th year, the Goodwood Festival of Speed is widely regarded as a highlight of the year’s historic race meetings, demonstrating a kaleidoscopic variety of some of the World’s most impressive and rarest period examples. Celebrating the evolution of both two and four-wheeled automotives, Goodwood themes its annual Festival of Speed, dedicating the Festival to a particular aspect of the automotive industry and this year was no exception. Encompassing the dazzling performances of some of the sport’s newest and youngest arrivals, this year’s theme ‘Young Guns – Born to Win’ celebrates those individuals whose immense driving abilities have made them overnight sensations. Three such talents were also in attendance at the Festival demonstrating exactly why they’re considered such on-track prodigy’s; Sebastian Vettel, Lewis Hamilton and Jenson Button. Aside from this focal theme, the weekend also embraces anniversaries and milestones of other marques and models that 2012 has brought including a special display of the Queen’s personal limousines – a relevant celebration coinciding on the same weekend as the celebrations of the Queen’s Jubilee. 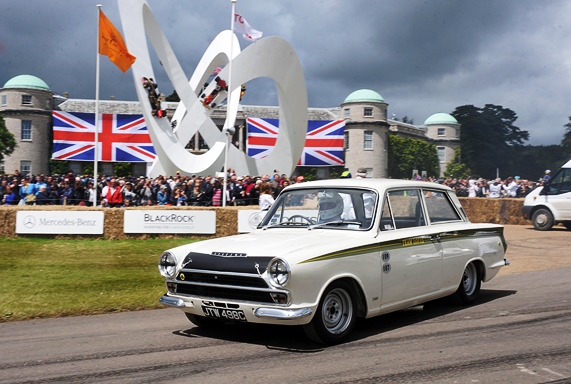 Celebrating its 60th anniversary this year, an array of Lotus' flocked to Goodwood in celebration, including the JD Classics Lotus Cortina which has previously been raced by iconic drivers such as Jack Sears and Jim Clark.

Another British icon also celebrating an anniversary in 2012 is Lotus, seeing in its 60th year with a large collection of both racing and road cars on display with many familiar faces synonymous with Lotus also in attendance such as John Surtees and Sir Stirling Moss. Having been raced in period by equally iconic drivers such as Jack Sears and Jim Cark, our exceptional Cortina did the name of Lotus proud as driver Stuart Graham wowed Goodwood’s heaving crowds, demonstrating the steadfast popularity of one of Lotus’s most recognised models. 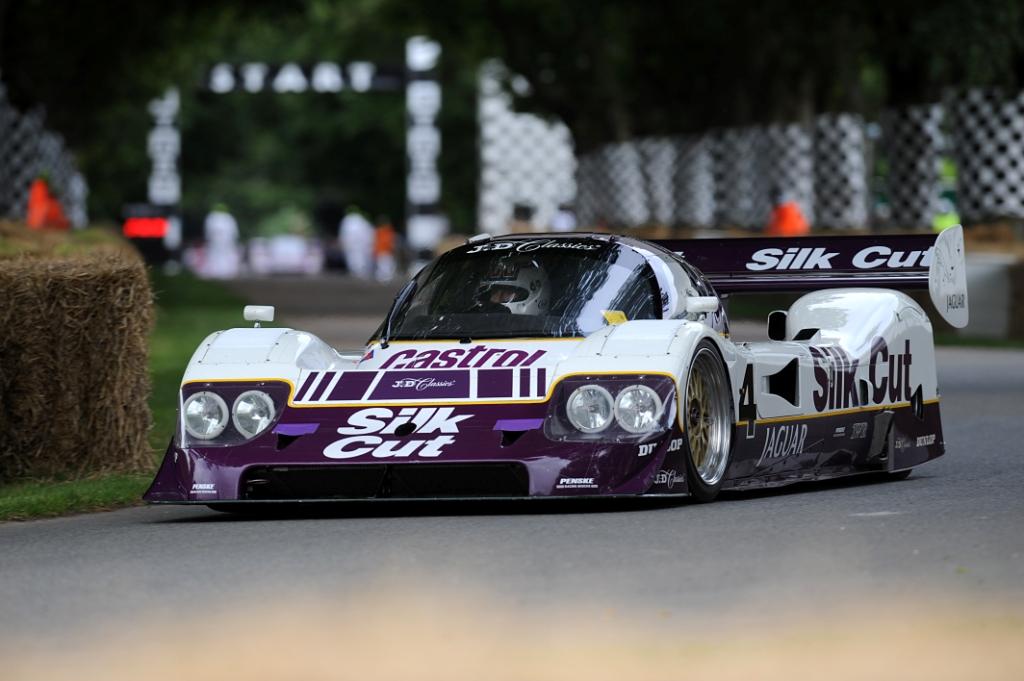 Andy Wallace drove the 1989 Jaguar XJR11 during the weekend's activities as the Group C racing series celebrated 30 years since its inauguration.

Another JD Classics car invited to participate in this year’s festivities was that of our 1989 Jaguar XJR11. Regularly driven by Andy Wallace throughout the car’s varied racing career, it seemed only fitting for Andy to take to the driver’s seat once more. Having competed at some of the World’s famed circuits including Silverstone, Spa Francorchamps and Nurburgring, the XJR11 took to the Goodwood circuit. The attendance of the XJR11 also provided itself to another celebratory event at the Festival, marking 30 years since the inauguration of the Group C race series.

The 1984 Tom Walkinshaw Jaguar XJS completed the JD Classics line-up at this year’s Festival. Earlier in the year, the XJS attended Goodwood’s official Press Day and saw Alex Buncombe roar the spectacular XJS up the notorious Goodwood hill, awarding the car the light-hearted ‘Most Spirited Getaway’ award. With Win Percy, the car’s most famous driver set to demonstrate the XJS at the Festival of Speed, it was in fact American racing driver Bruce Canepa who did the honours, Win having been taken ill not long before the event. Although Win’s presence was sorely missed, Bruce didn’t disappoint as he showed off the unmistakeable Touring car in all its former glory. 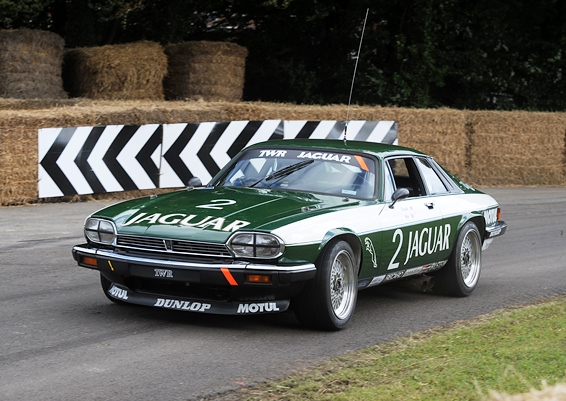 The 1985 Tom Walkinshaw Jaguar XJS was demonstrated up the famous Goodwood Hill by Bruce Canepa.

Having celebrated some of the World’s finest automotive exports along with some true British classics, the Goodwood Festival of Speed has, as always exceeded all expectations and, as a team we at JD Classics have found it a privilege to be included in such special celebrations. We look forward to our return to Goodwood in September for the unmissable Revival and look forward to another fantastic weekend at next year’s Festival of Speed.