On Sunday 28th October, an excited buzz descended on the JD Classics headquarters for the penultimate breakfast morning of 2012 and with the legendary John Surtees attending as our special guest, we were sure of a large turnout of both motorbike and avid racing car fans alike. Flocking in their droves, petrol heads listened intently as the only World Champion on both two and four wheels talked about his illustrious career spanning an impressive 20 years in the fast lane. 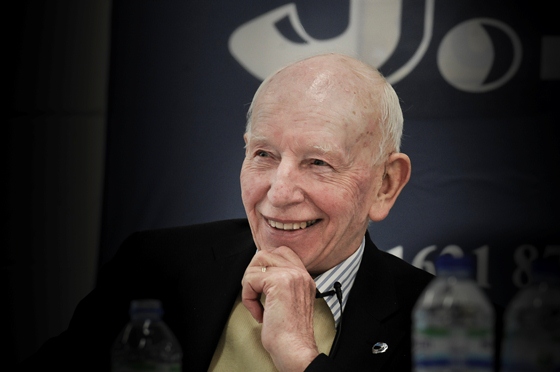 John Surtees OBE shared stories from his career on both two and four wheels.

His iconic TS10 Formula 2 car which he drove to victory in the 1972 Japanese Grand Prix was also in attendance at Sunday’s breakfast event together with the MV Agusta which he rode to his 500cc World Championship back in 1956.

Compare for the day was ‘Motorsport’ magazine editor Damien Smith who quizzed the legendary driver on the highs and lows of what proved to be a feisty racing career as our captivated audience hung on every word. 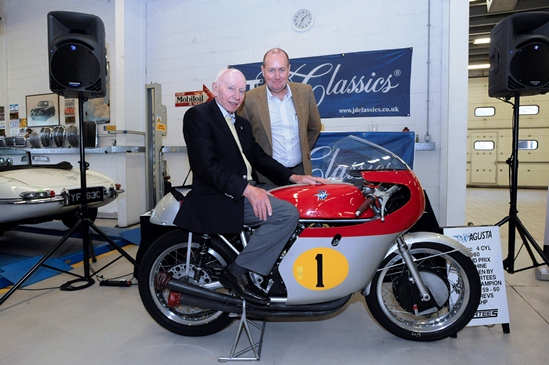 John Surtees poses on the MV Augusta which he rode to the 1956 500cc World Championship.

Throughout the morning, the JD Classics team collected money on behalf of the Henry Surtees Foundation, the collection raising a total of £3440. Established in 2009, the foundation was created to ‘assist people with accidental brain and physical injuries’ and was established in memory of John’s son Henry who was tragically killed in a motor racing accident. 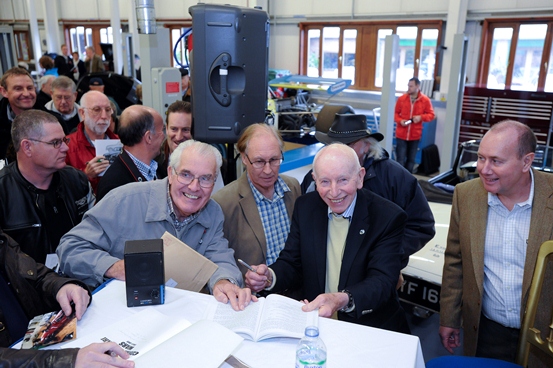 Our heaving crowdswait patiently for autographs and photos with our guest of honour.

With all six of our extensive showrooms open to the public along with a behind the scenes look into the workings of each in-house department, the breakfast morning proved to be one of our most popular to date. We now look forward to our final morning of 2012, a private invitation only event, Sir Stirling Moss will be our guest speaker. We are sorry to announce that we are now fully booked for this event, however everyone at JD Classics would like to thank all who have visited us throughout 2012 and we look forward to welcoming visitors back in 2013.