E-Type Challenge 2011: Round one; Brands Hatch 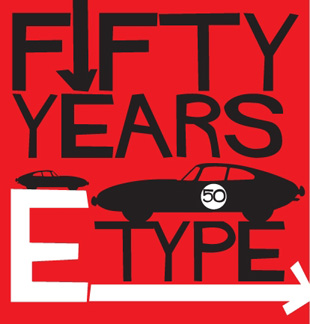 The glorious E-Type Jaguar celebrates its 50th birthday in 2011. And what better way to honour its golden jubilee than with a series of races dedicated to the sixties icon. Well, that was the idea that Jaguar Heritage and Historical Sports Car Club (HSCC) came up with. And when JD Classics was asked to put our name to this event we were only too pleased to accept the invitation.

The idea had more than one thing going for it. The race was to take place at Brands Hatch’s full length Grand Prix circuit. Not only that, but anyone who was an owner of an E-Type was eligible for participation – subject to the car adhering to strict criteria. For example, all cars wanting to participate must have been built before 1966. Plus, all valid entries had to produce FIA, HTP and Jaguar Heritage Record Trace certificates also.

JD Classics ran two E-Types on the day. Female ex-racing driver Desiré Wilson drove one, with one of JD Classics own clients, Rod Smith, in the other.

For Desiré Wilson, there was a great feeling of nostalgia. Desiré had her sole Formula One victory at Brands Hatch back in 1980 – an achievement that was honoured when they named one of the circuit’s grandstands after her. Her victory was nothing short of a major breakthrough for women in the world of motor racing at the time and there was the hope that she could rekindle that same determination and fighting spirit which would lead her to yet another win.

However, qualifying this time round didn’t go Wilson’s way, placing 23rd on the grid out of 34 racers. As for our other car, Rod Smith qualified in 26th position. Despite the qualifying times, both drivers remained optimistic for race day. Unfortunately, for Desiré, Brands Hatch didn’t prove to be lucky this time round and she ended up retiring just two laps into the 15-lap race. Wilson’s teammate Smith had better fortune though and finished in 24th position.

The race for victory was very much a two-car race between Graeme Dodd and Jon Minshaw. Although second on the grid, Dodd managed to pip the lead from the start, passing Minshaw, who slipped down to third before the first corner, giving German drive Marcus Oeunhausen second place. However it wasn’t long before Minshaw began to fight back, stealing the lead from Dodd. It was really only a two-man race from the start and with just two laps to go, Minshaw made a fatal error allowing Graeme Dodd to race through and steal victory.

Although the weekend didn’t quite go to plan for us, both the drivers and JD Classics were honoured to be involved in the first of five races commemorating the five decades that the E-Type has been exciting car enthusiasts worldwide. Next stop, the Silverstone Classic. Keep an eye open for us if you’re there and we’ll try and give you a wave!