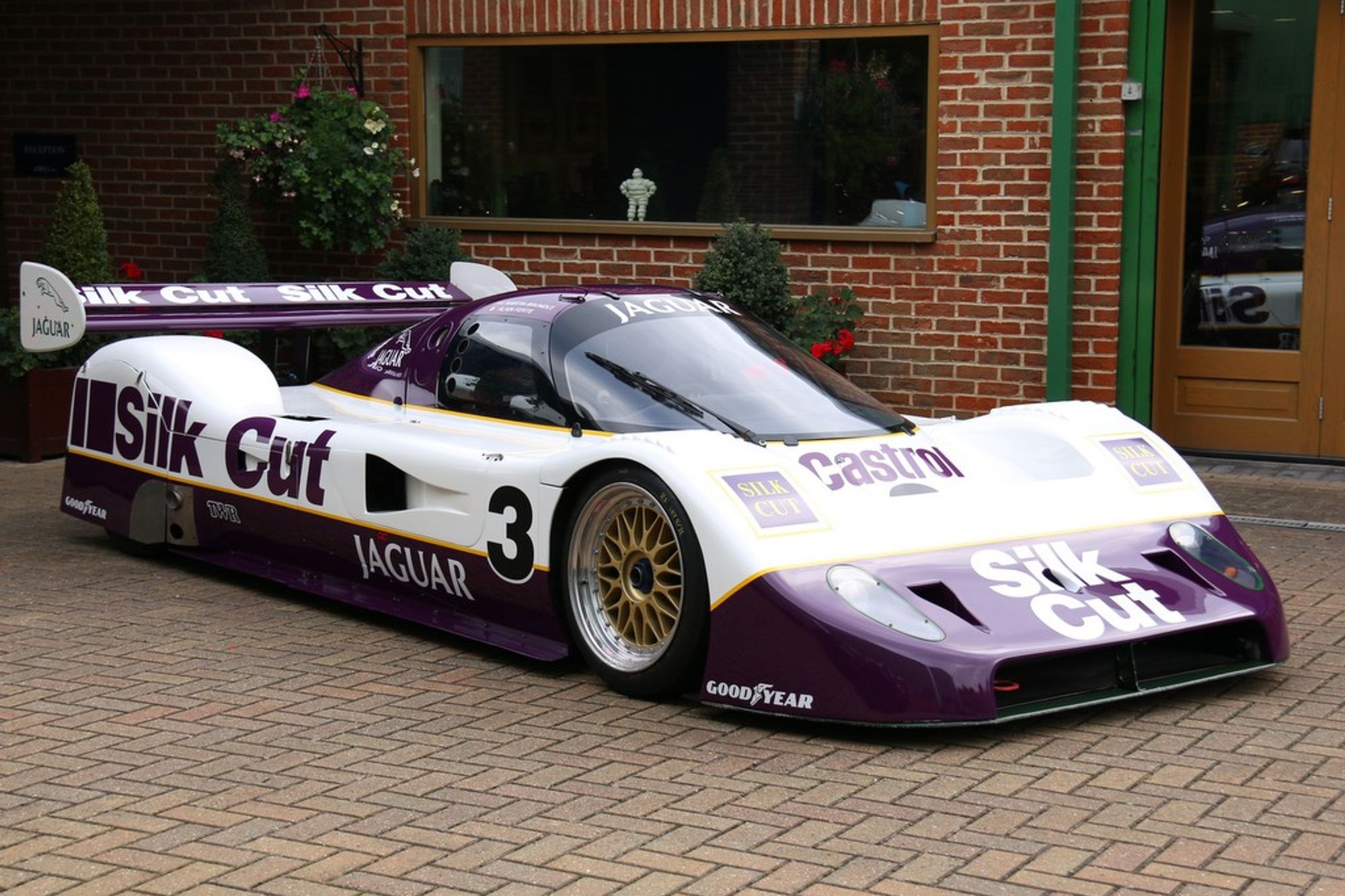 This important Jaguar is one of just three XJR-11 World Sportscar Prototype Championship cars and the most successful example.

Despite dominating the 1988 World Championship and winning the 24 Hours of Le Mans, it was becoming clear that the normally aspirated V12-engined TWR Jaguars were gradually losing competitiveness, especially in view of the shorter sprint events that FISA were introducing. Cars powered by the latest turbocharged engines, which were lighter and more compact, were gaining the upper hand and in response TWR JaguarSport (a collaboration of Walkinshaw's TWR and Jaguar) started the development of a purpose-built V6 engine for the 1989 season. The design allowed for two variants; a 3-litre engine for the American IMSA series and a 3.5 litre Group C specification for the World Championship. To accommodate the more compact dimensions of the new V6, JaguarSport's Tony Southgate also designed an all-new chassis, which would be known as the XJR-10 for the IMSA series and the XJR11 for the Group C entries.

The new engine was a thoroughly modern V6 with twin overhead camshafts and four valves per cylinder. Of all-aluminium construction it weighed just 143 kg and was fitted with two Garrett turbochargers, which boosted the power to around 750 bhp in the 3.5 Litre Group C specification engines. The engine was mated to a five-speed gearbox that served as a fully stressed structural member and helped stiffen the new chassis, which was essentially an evolution of the successful XJR-6/8/9 carbon fibre monocoque. Suspension was by double wishbones with the front springs and dampers actuated by pushrods and the rears mounted outboard. This unconventional setup freed up more space for the ground-effect tunnels, which significantly improved downforce and handling. Indeed such was the improvement that many racing drivers have subsequently commented that a Group C Jaguar offers an unparalleled driving experience.

While the XJR-10 debuted at Lime Rock in May of 1989, the Group C specification XJR-11 had its first race at Brands Hatch in July and expectations were high when the car of Jan Lammers and Patrick Tambay qualified in pole position. However, like its IMSA counterpart, the XJR-11s faced stiff competition from the Sauber-Mercedes team with their hugely powerful V8-engined 'Silver Arrows' and could do no better than 5th. Sadly this disappointment was to be a recurring theme during the 89 season as the team was dogged by misfortune for most of the year.

In spite of considerable improvements undertaken by TWR and Jaguar, the 1990 season started no better with a disappointing result at Suzuka. The next race on 29th April was held at Monza and saw the debut of the third and last XJR-11, chassis 490, which was driven by Martin Brundle and Alain Ferte who managed to secure a highly creditable 3rd place against the formidable Mercedes C11s. This performance encouraged Walkinshaw, who was confident that the XJR-11’s superior handling would have greater impact on other lower-speed circuits, such as Silverstone, the location for the next round of the Championship. For this race Chassis 490 had its wide-track nose fitted and it appears that Walkinshaw’s earlier confidence was well-placed with Brundle and Ferte taking 1st place in chassis 490 and TWR JaguarSport securing a one-two victory in front of a jubilant home crowd. The success of Silverstone was unfortunately not to be repeated at Spa, but Brundle and Ferte had manged a 3rd in qualifying before their race was curtailed by an electrical fire. The next appearance for chassis 490 was at Dijon, where Brundle, fresh from his Le Mans victory, qualified 2nd and finished 5th.  In August the car was re-numbered and raced at the Nurburgring as chassis 1190. This entry brought another 3rd place, a result which Brundle and Ferte appeared to have repeated at Donington until they were frustratingly disqualified for a refuelling error. The last two races of the 1990 season at Montreal and Mexico City were similarly plagued by misfortune but the car fielded strong performances in qualifying with a grid position of 3rd at Montreal and a pole position at Mexico City. In spite of the disappointments over the year, TWR JaguarSport still finished as runners up in the team championship, which was due in large part to the successes achieved by Brundle and Ferte in chassis 490 / 1190. Indeed, if a small number of unforeseen events had gone Jaguars way, it is conceivable that they would have finished the season as overall champions.

Following rule changes for the 1991 season, which prohibited turbocharged engines, the XJR-11s were replaced by the F1-inspired, V8-engined XJR-14s, and Chassis 1190 subsequently moved to the All Japanese Sportscar Prototype Championship where it reverted to its old chassis number 490 and raced with the livery of its sponsor Suntec. Over the course of the 91 season the car was entered into six races, three of which were at Fuji and two at Suzuka and Sugo where it secured 6th and 7th places against strong competition.

After the 1991 season chassis 490 was restored by TWR and sold to a private collection where it was carefully maintained before re-entering Historic Group C racing in the 2000s where it competed with much success. The car was retired in 2010 and has subsequently received a full JD Classics rebuild and restoration from the monocoque up, which is currently nearing completion. It now provides a wonderful opportunity to acquire a correct and historically important TWR Jaguar that secured its type’s only win and was driven by the top Sportscar drivers of its time. Offered in fantastic condition, this race-ready car would be an excellent contender for Patrick Peter’s Historic Group C Series in 2017 and would be sure to be a strong front runner.

Re-numbered 1190 for the remainder of the season. 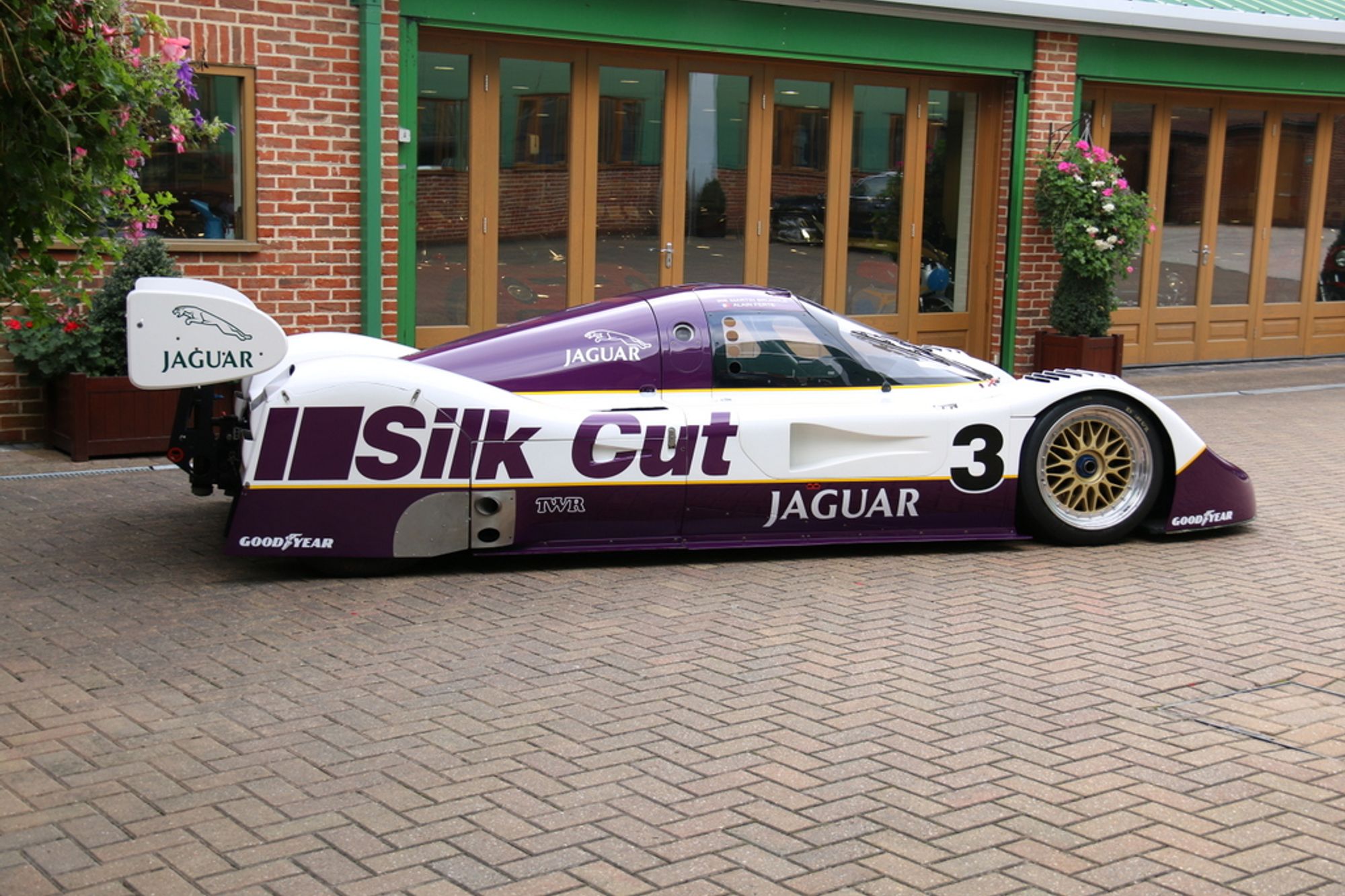 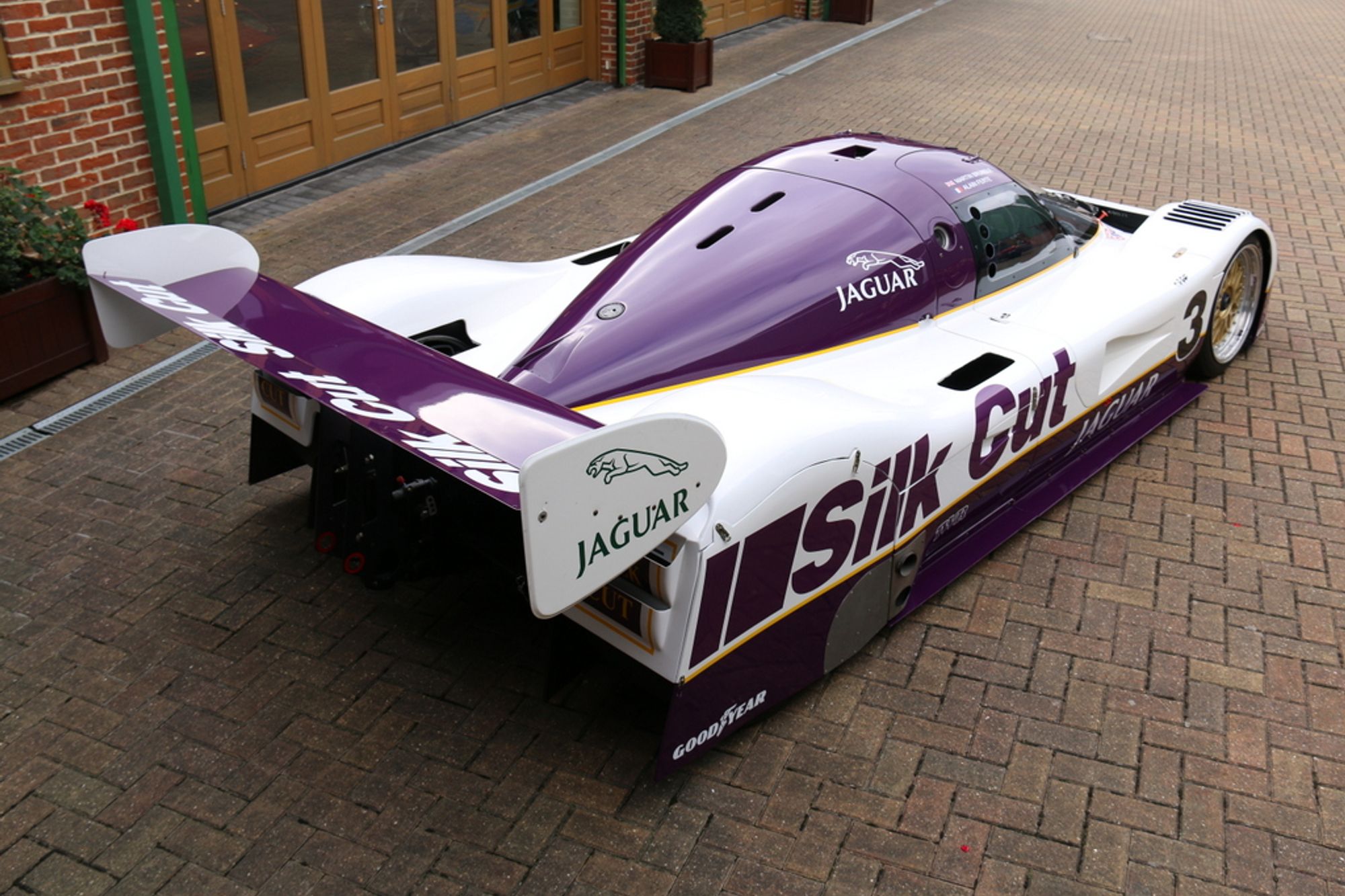 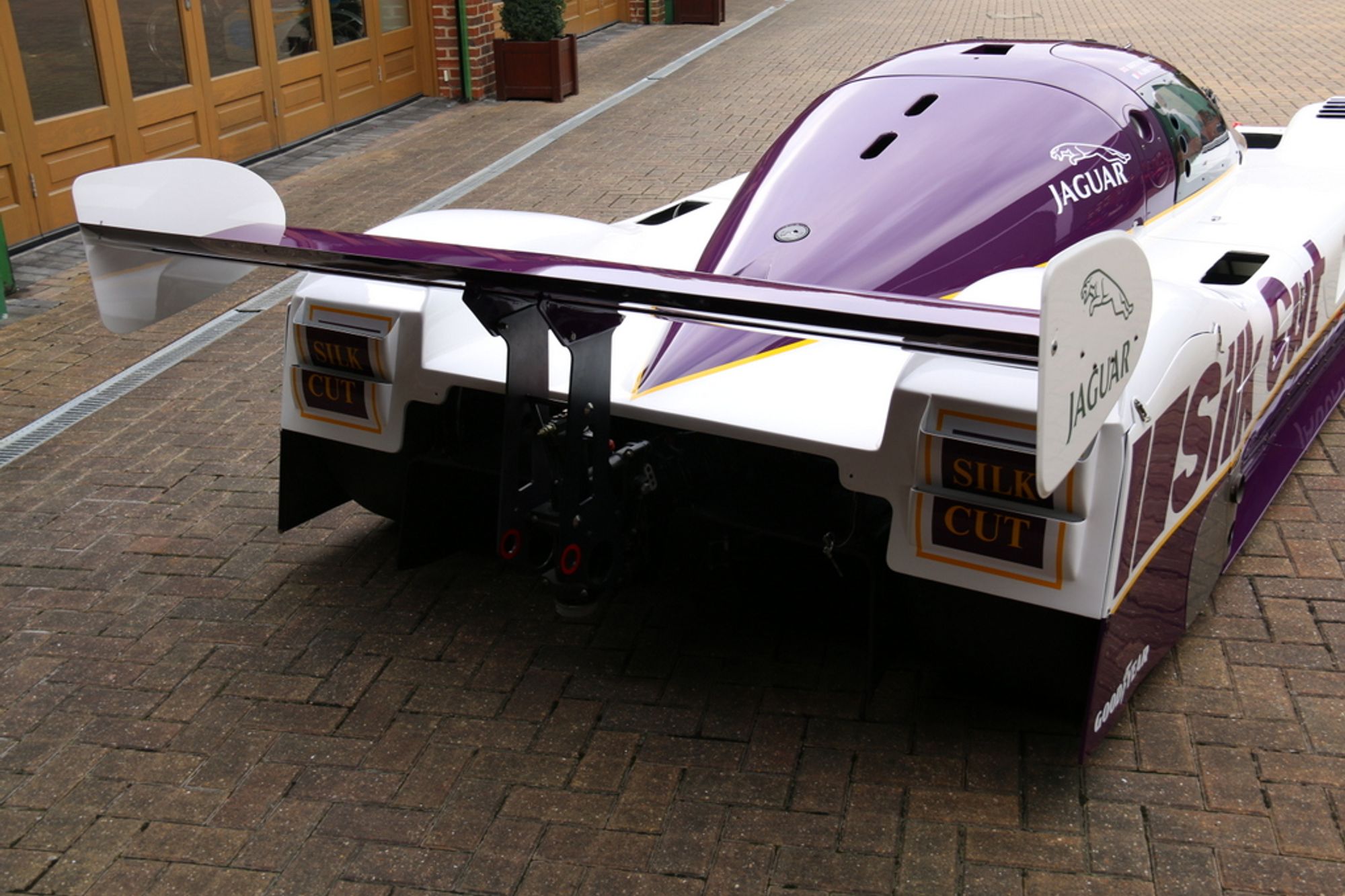 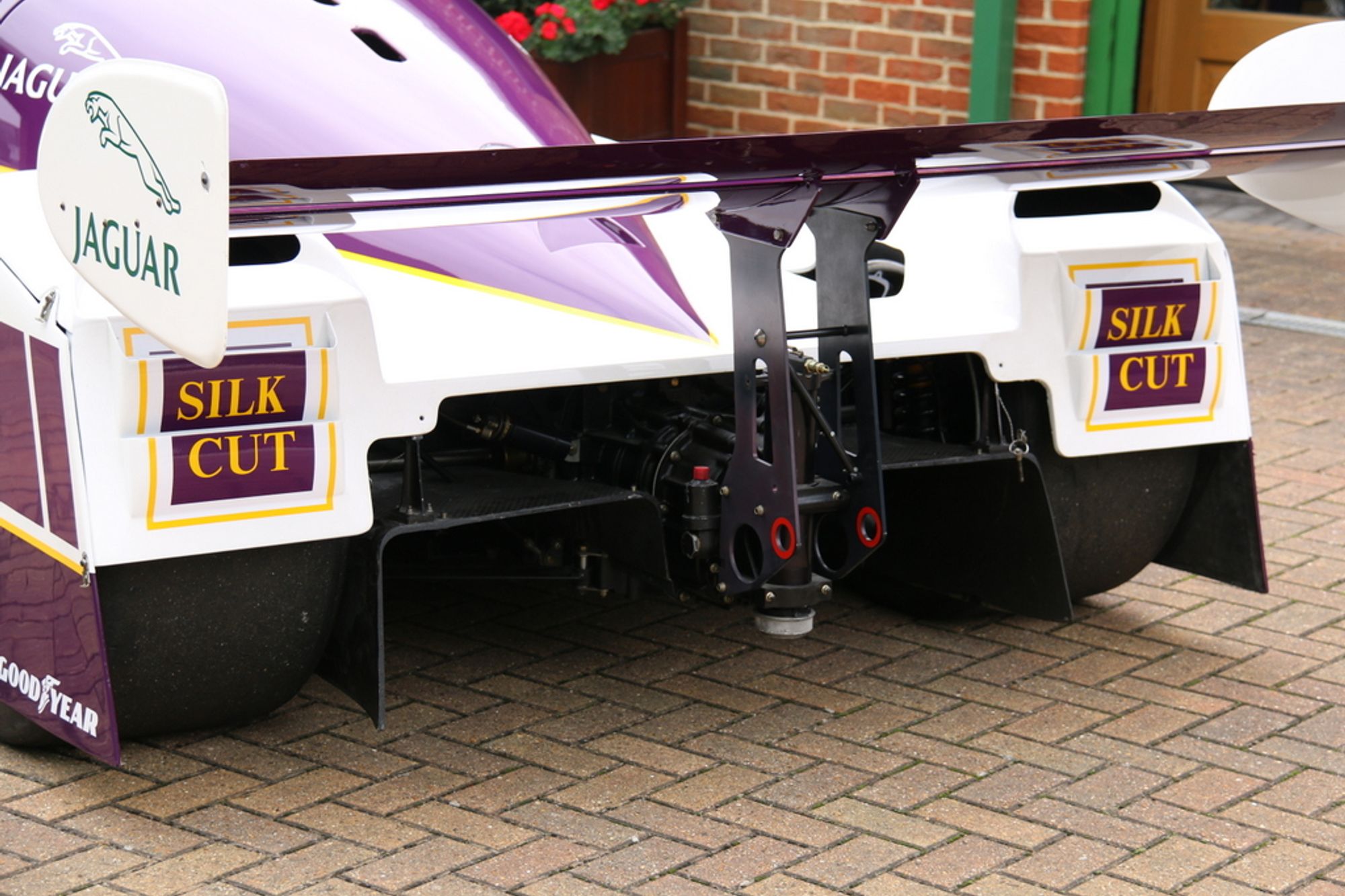 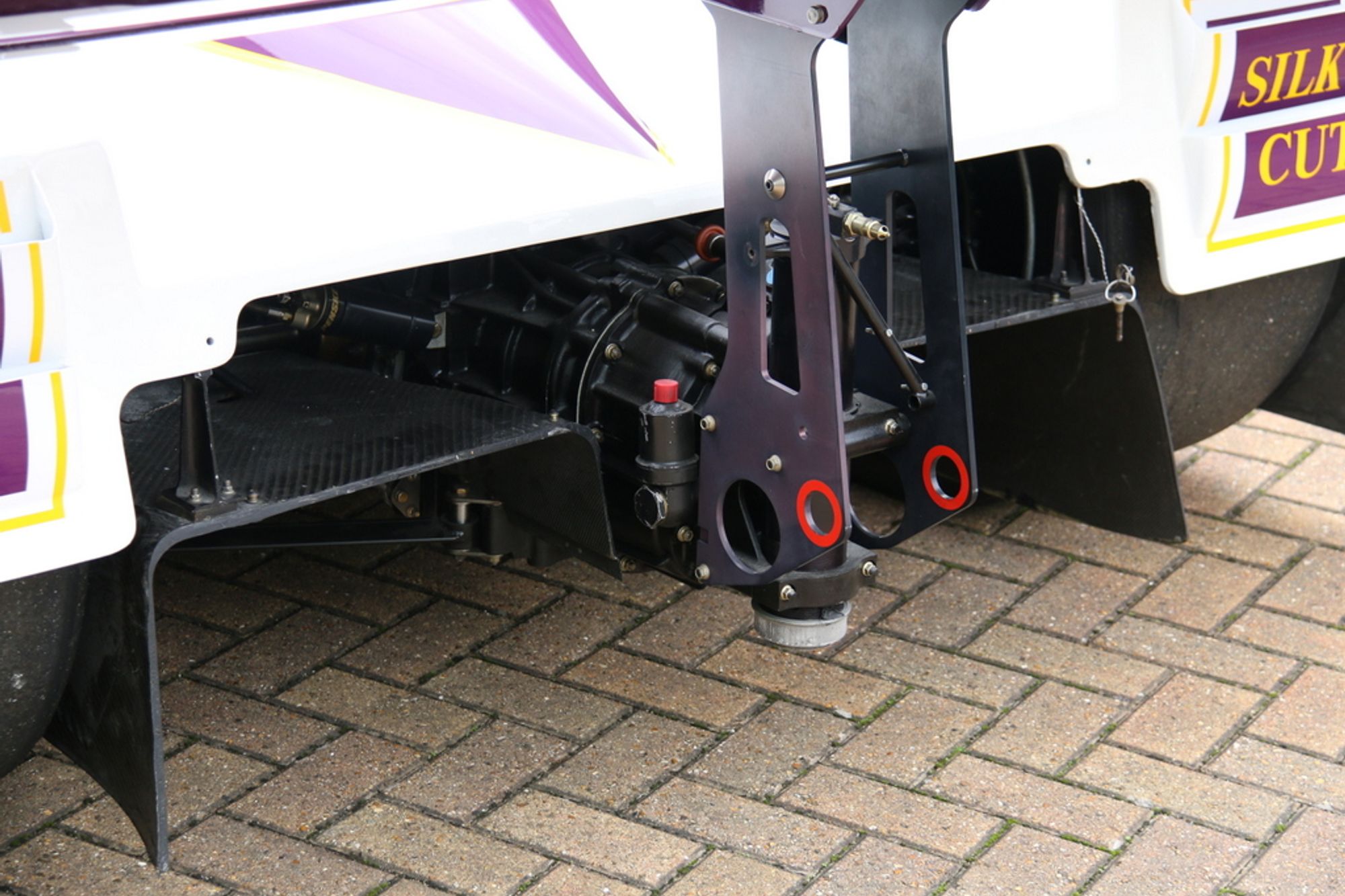 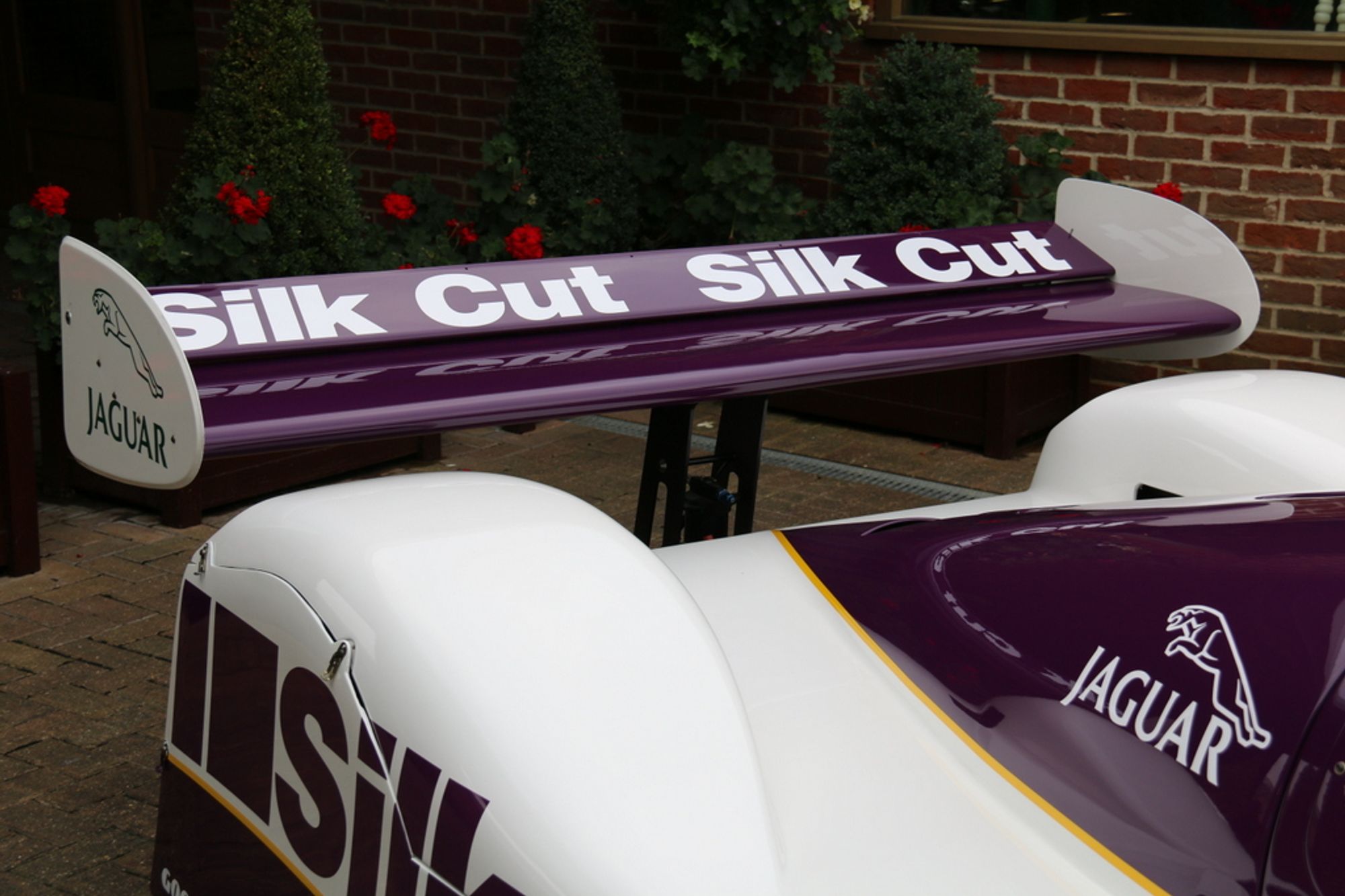 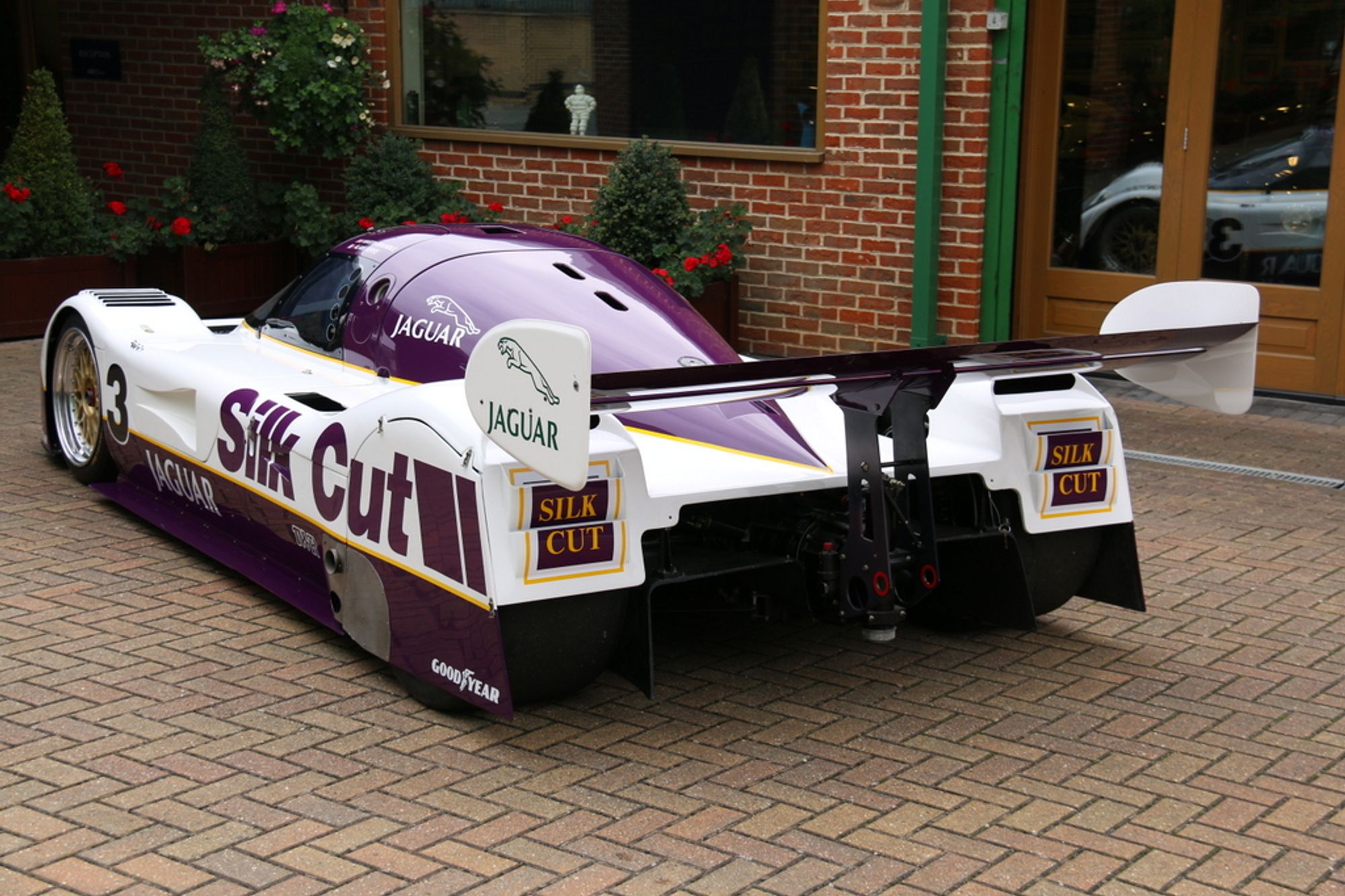 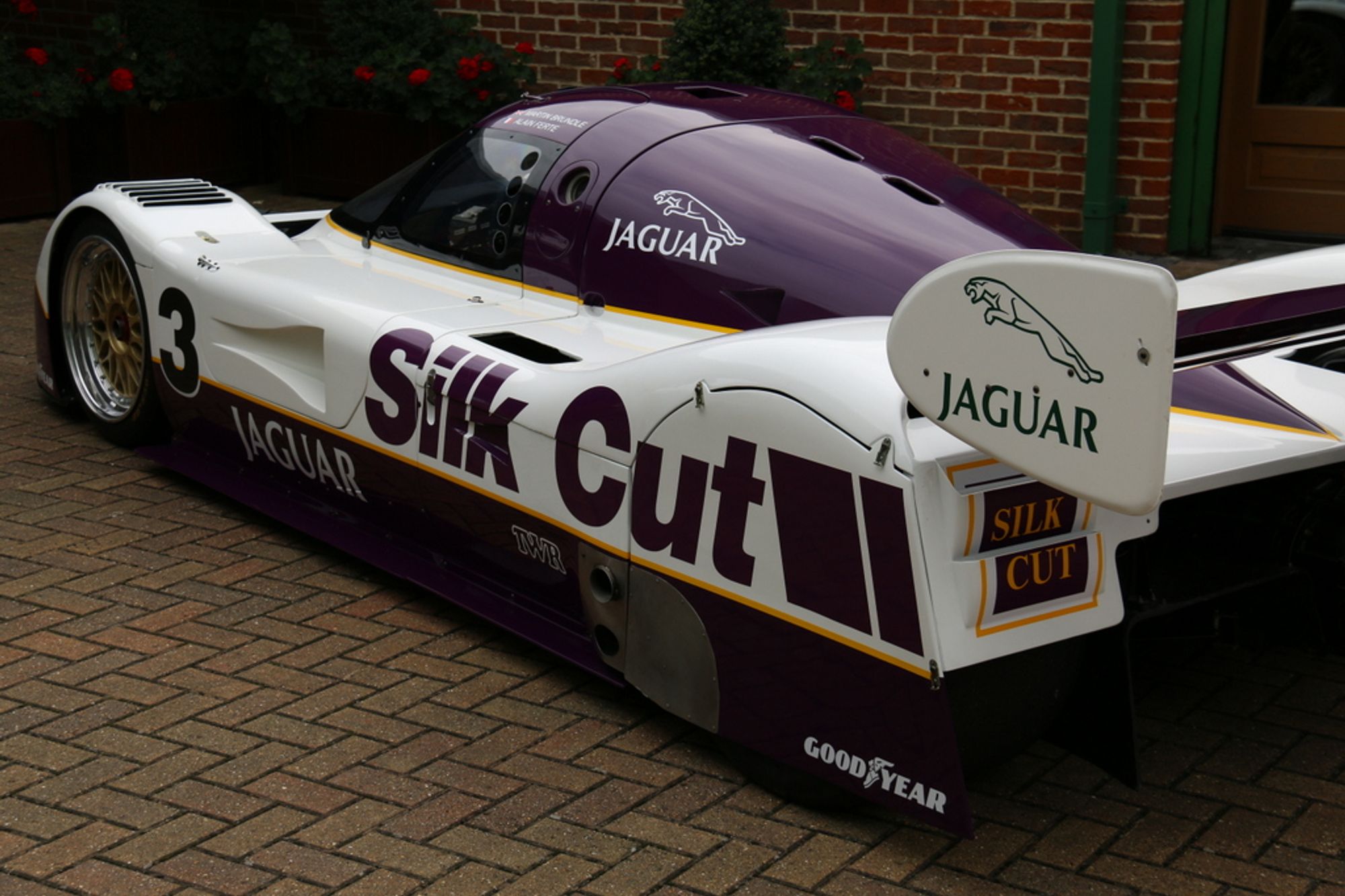 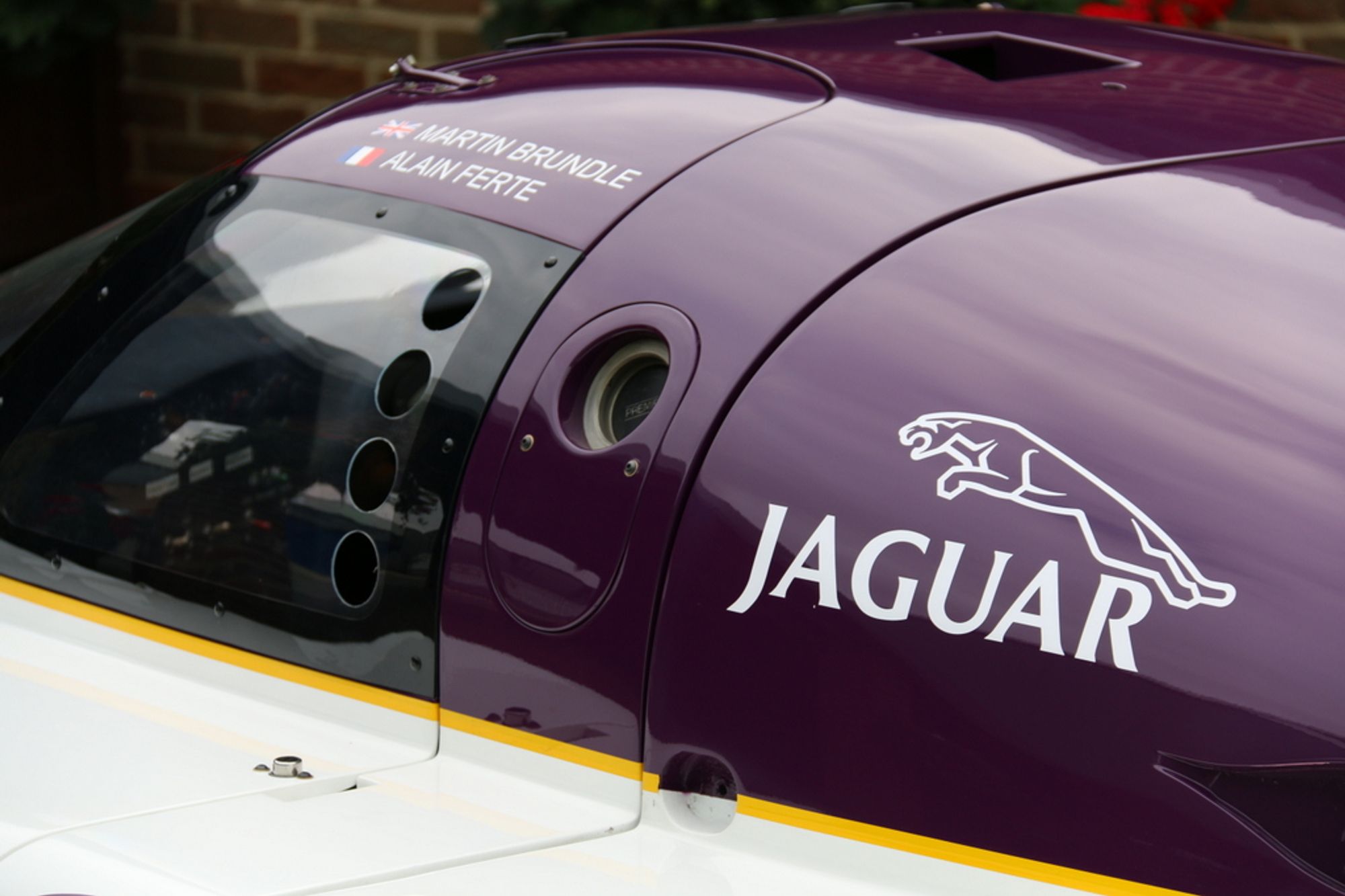 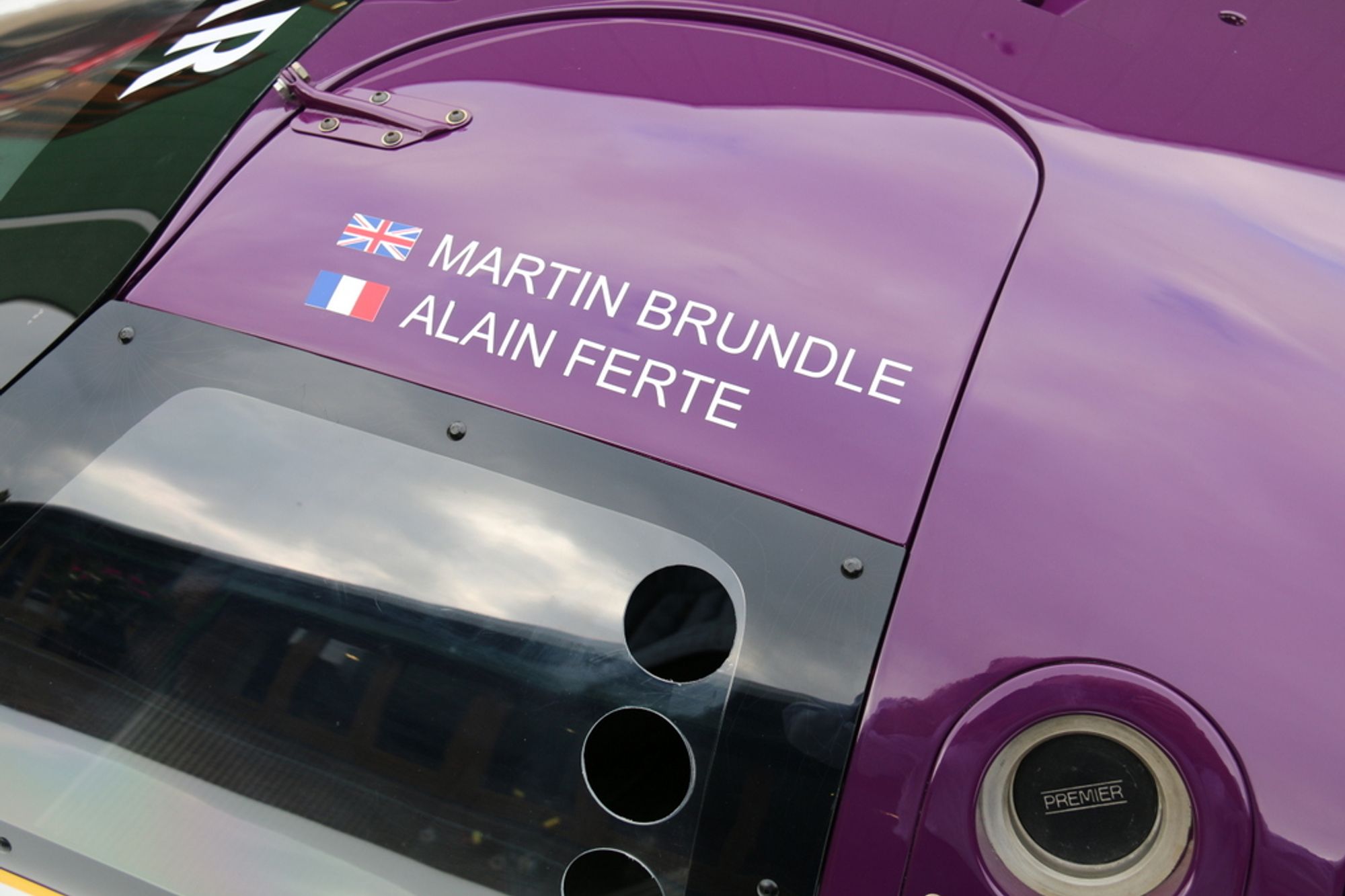 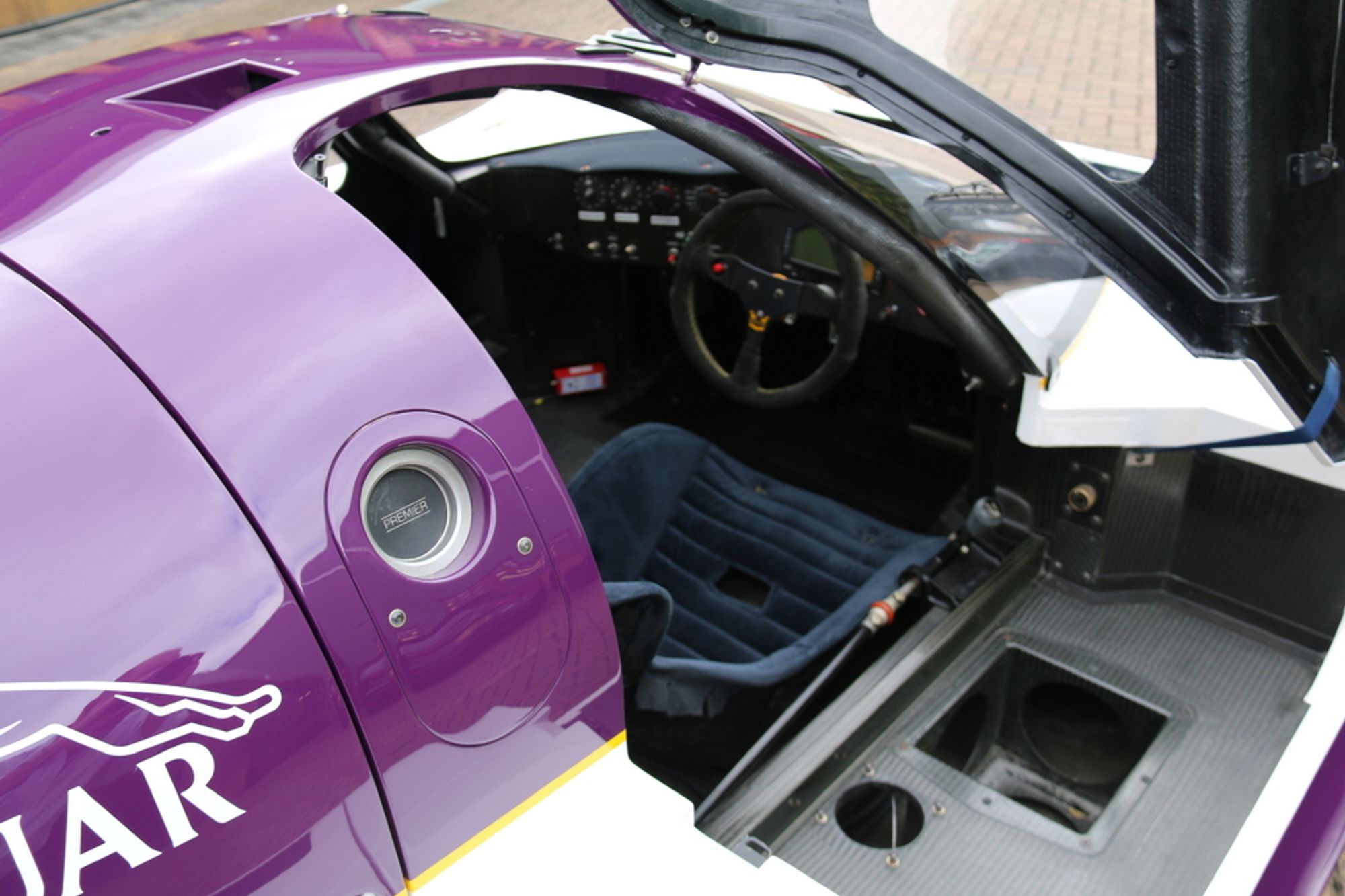 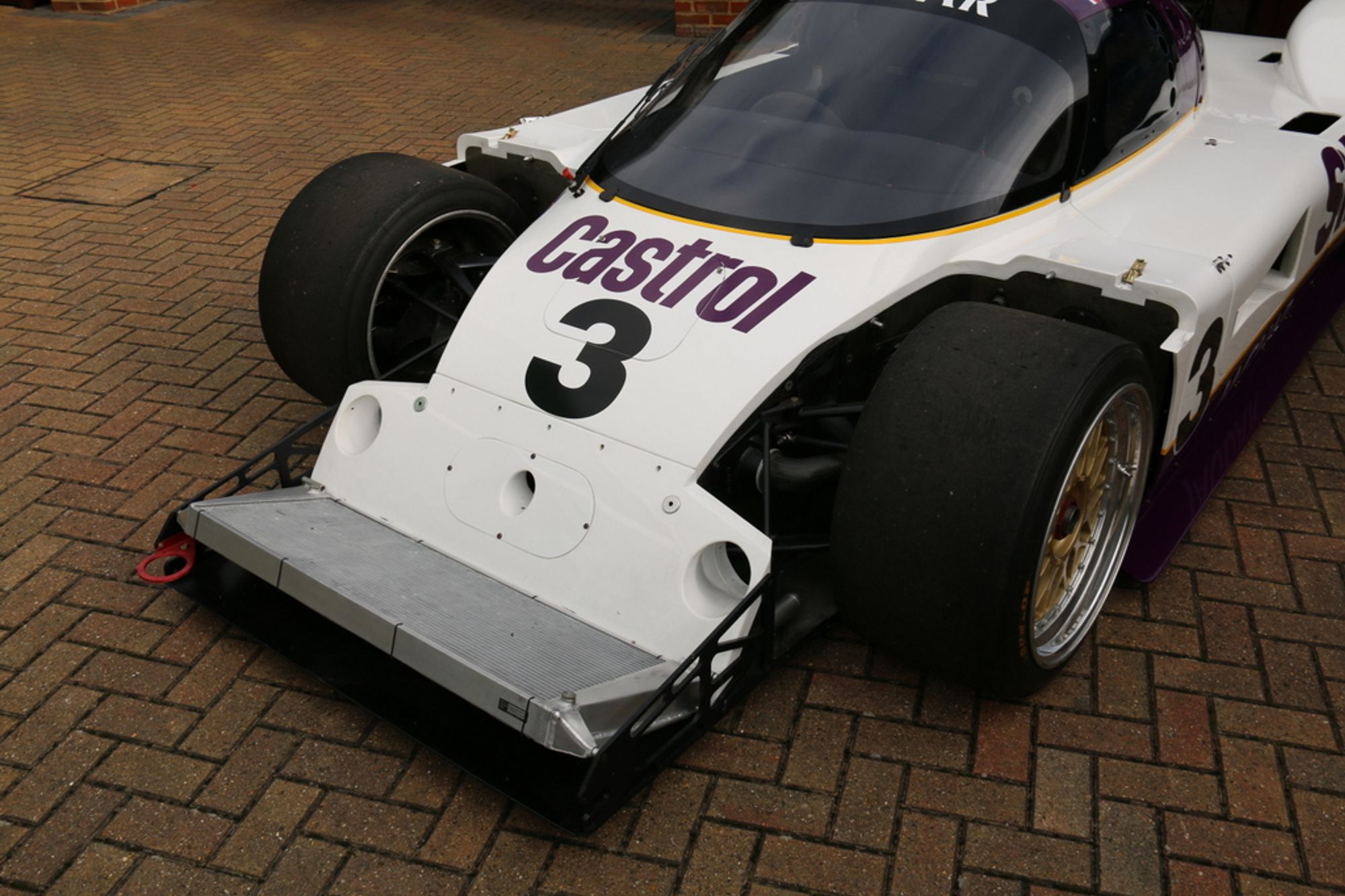 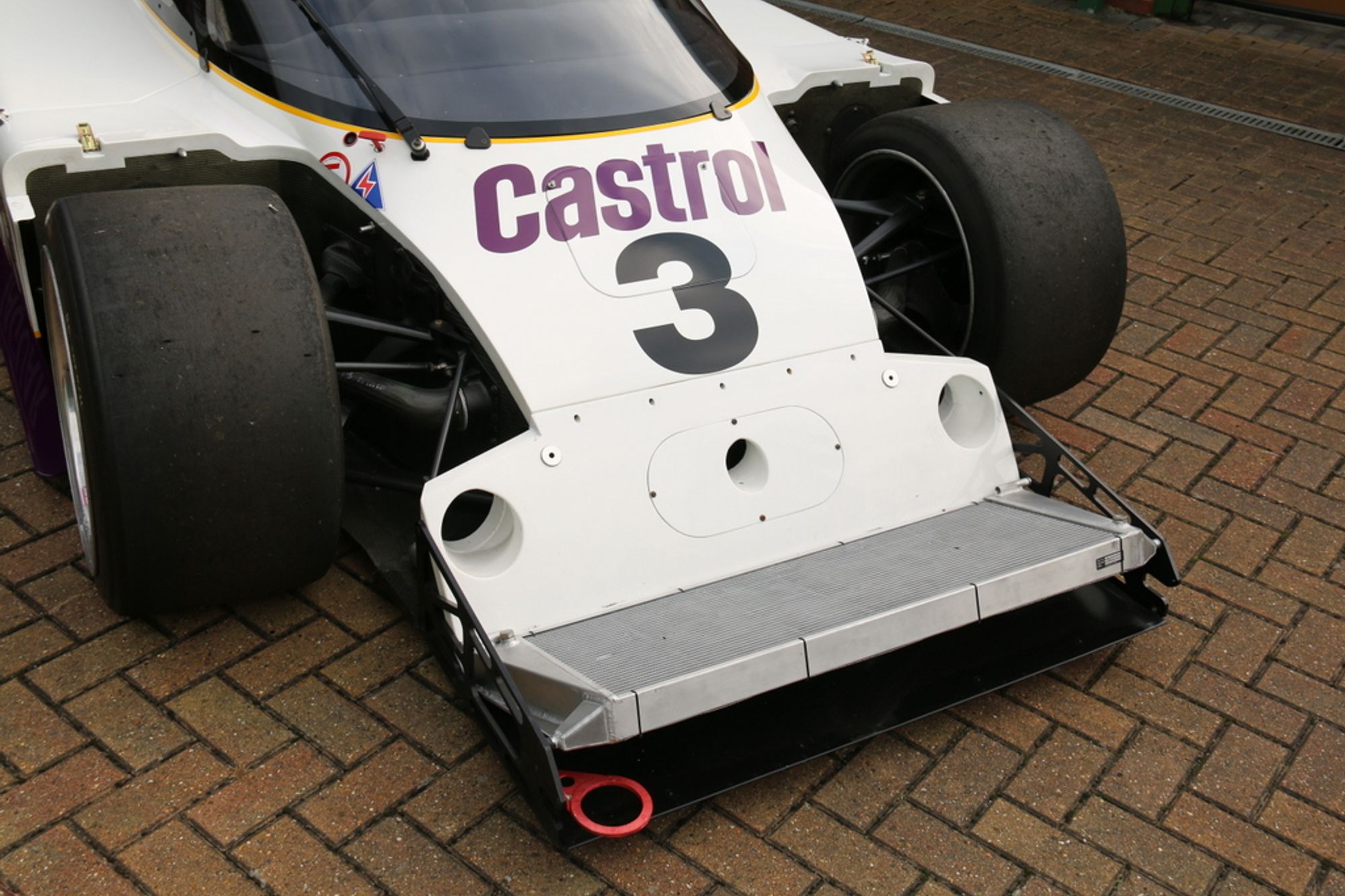 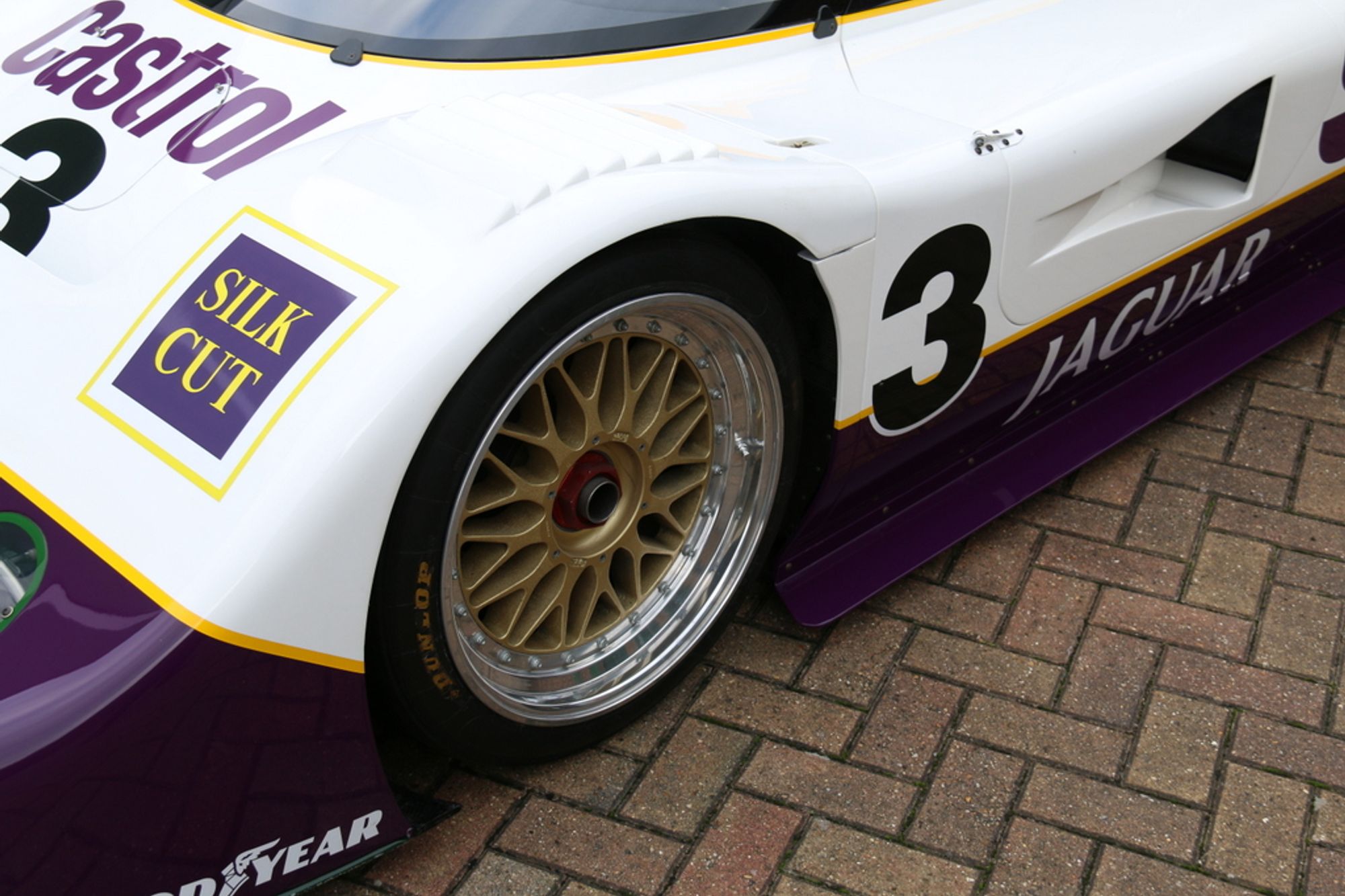 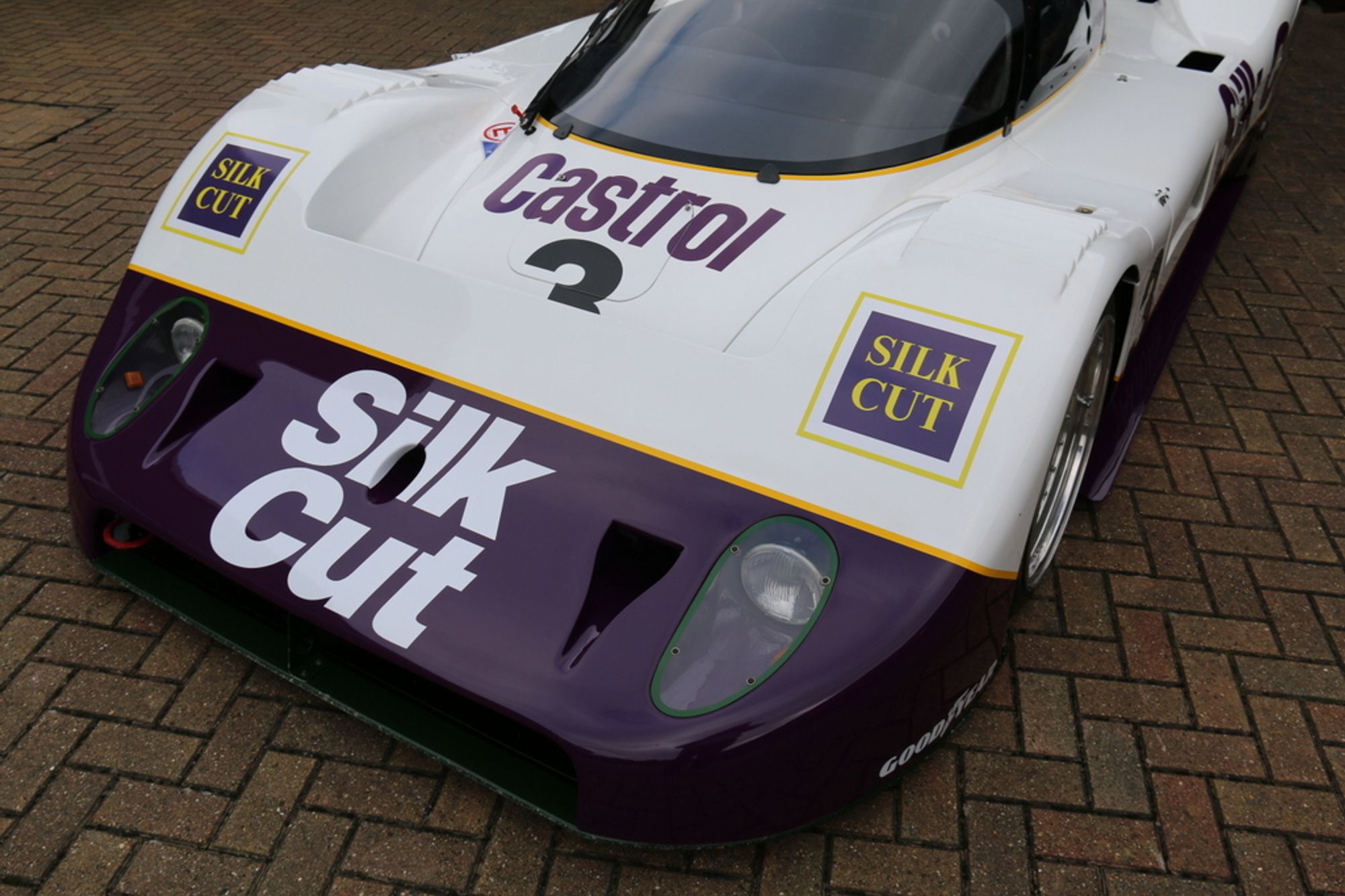 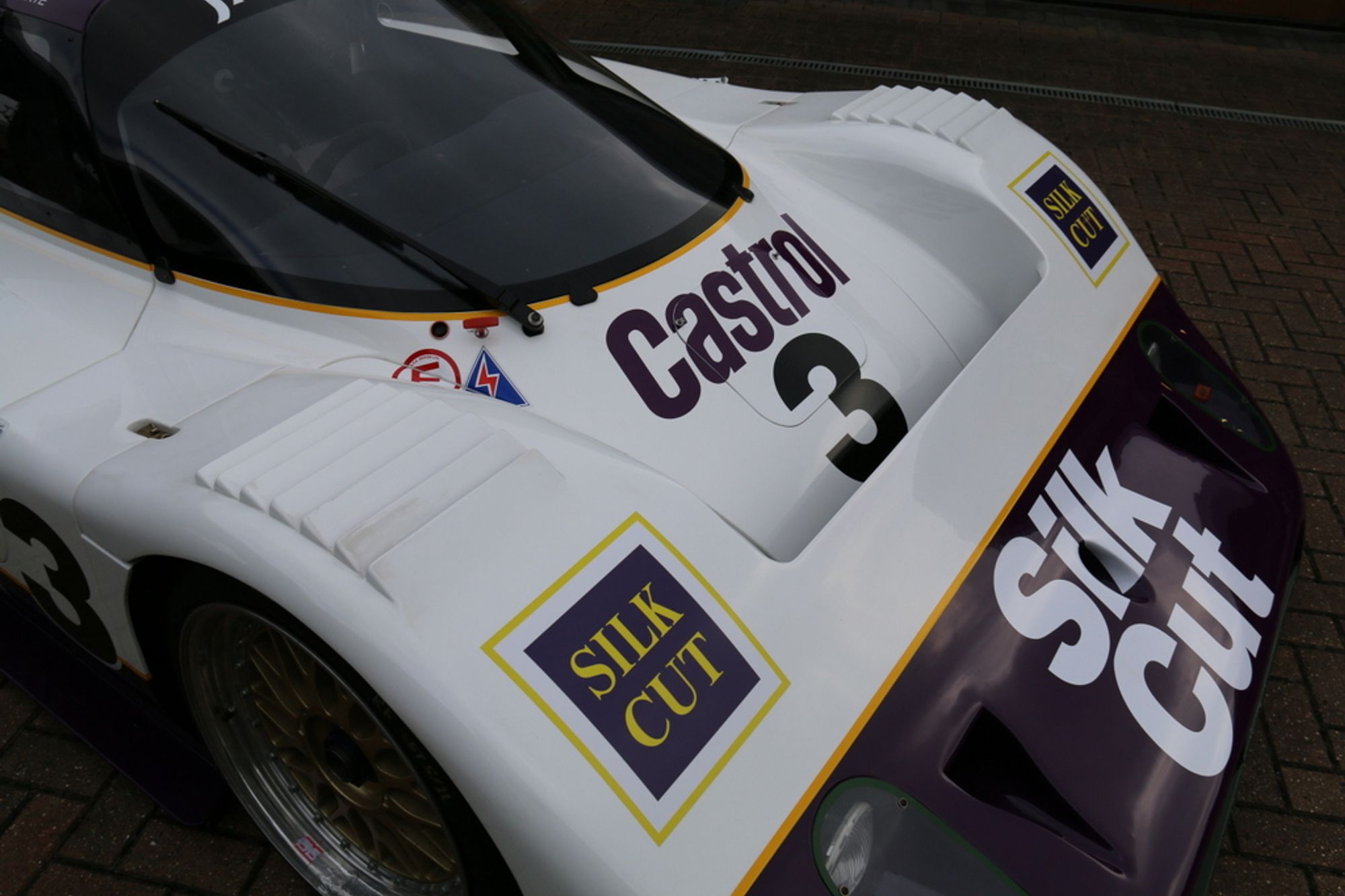 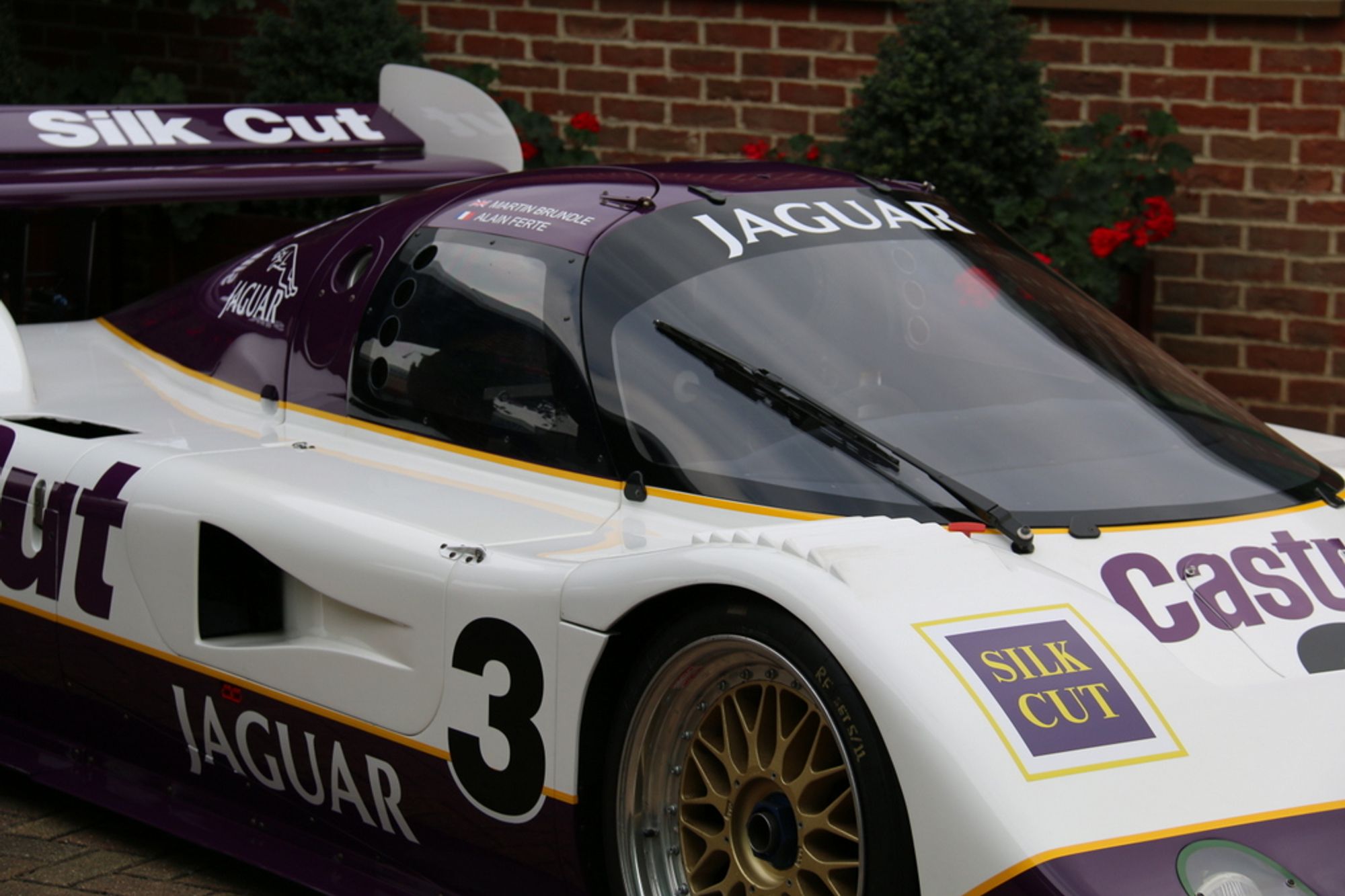 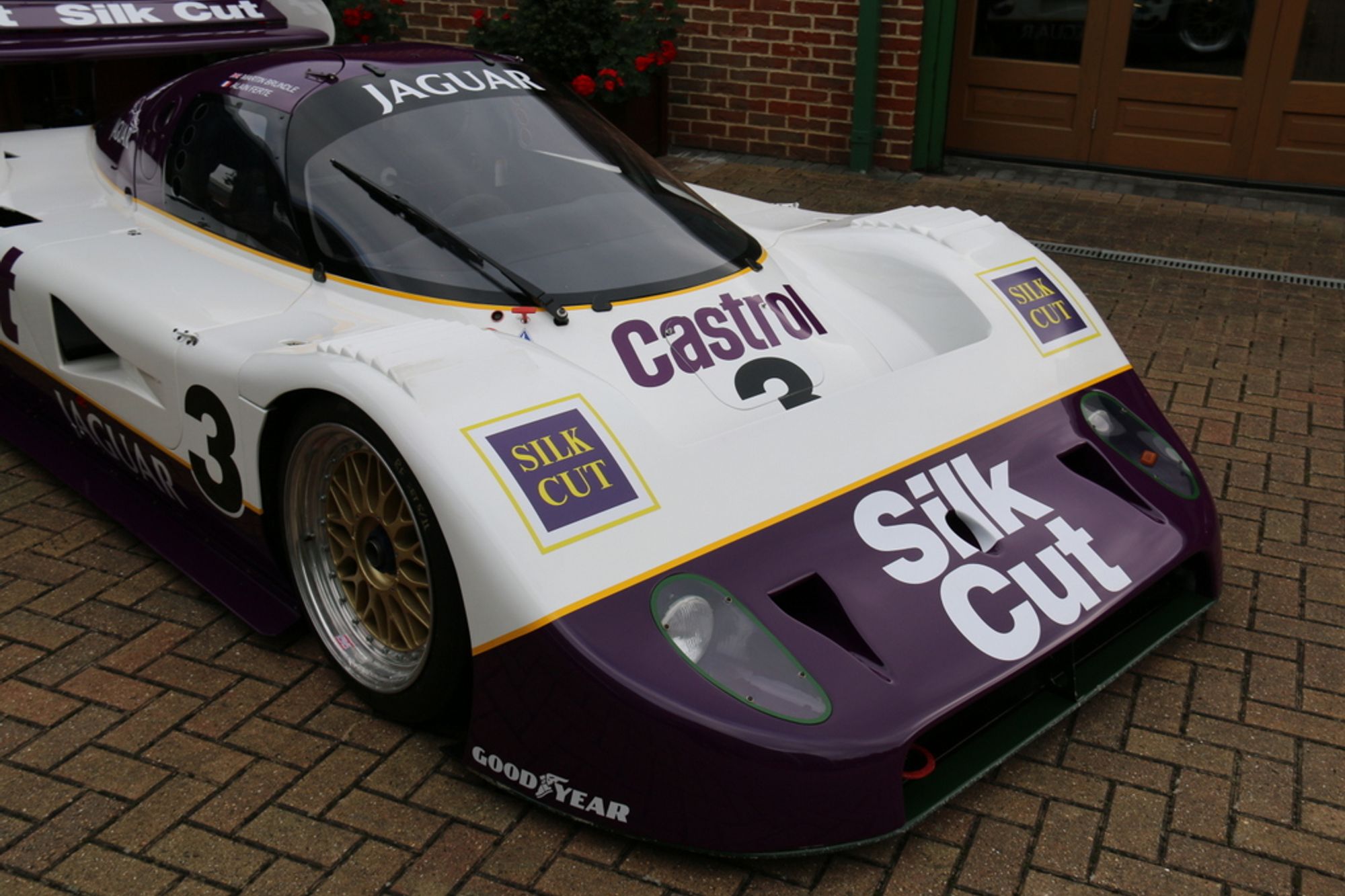 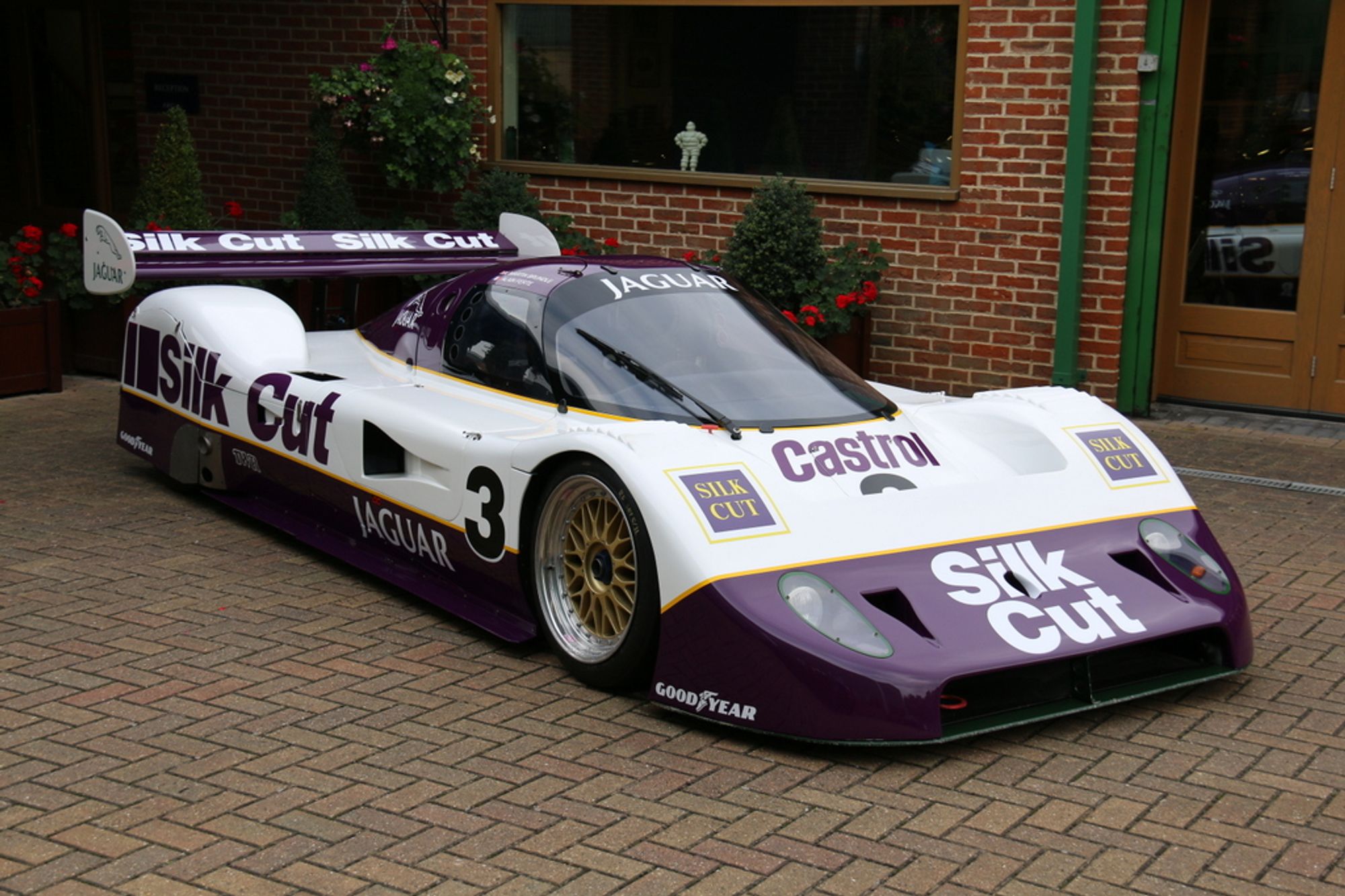