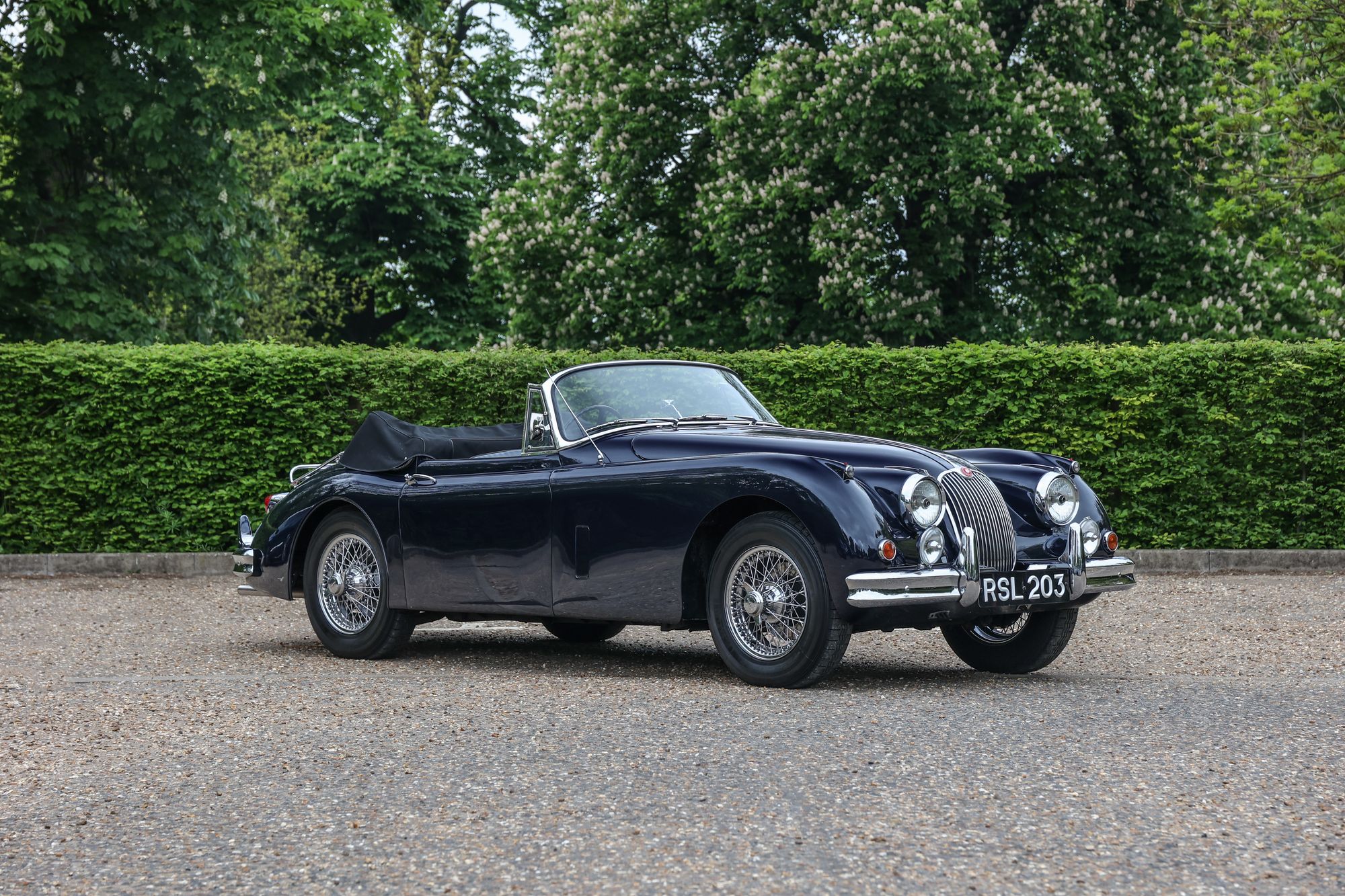 The Car was ‘Class Winner’ at the Concours d’ Elegance at the Cape Jaguar Drivers Club in 1985 and competed in the Le Mans 24 Hour Parade in 2001 at the Sarthe Circuit.

A fully matching numbers car that in 2001 underwent a full bare metal repaint, including the removal of rear wings and all chrome work. All under body panels were bead blasted and powder coats in gloss black. Suspension was fully overhauled and JD Sport front brakes were fitted and rear brakes overhauled. A JD Sport uprated servo and engine and gearbox were removed for the engine bay to be painted. Full Engine and Gearbox checks were undertaken and a minor overhaul was undertaken. A JD Sports stainless steel and exhaust system were fabricated on-site. Bumpers and fittings were all re-chromed, new wire wheels and radials were purchased. Hood & Carpets were also re-trimmed.

The brief was too finish the Car in its original factory specification to a very high standard and today the Car is still in excellent condition and drives beautifully.

The third and final model in the XK line was the XK150. Easily identified by its new curved windshield, this model benefited from years of development since the first XK120 was launch in 1948. Jaguar described the roadster as “the same as the Hardtop Coupe, but with a convertible top, covered in the finest mohair, with fully lined interior, completely concealing the hood mechanism. Added seating accommodations in the rear for two children or one adult. One of the most important developments of the XK150 was the adoption of Dunlop disc brakes. These were often the focal point of the brochures which explained how the disc brake was first used on the Le Mans-winning C-Type of 1953.

We strongly recommend a viewing as the pictures really don’t do it justice. 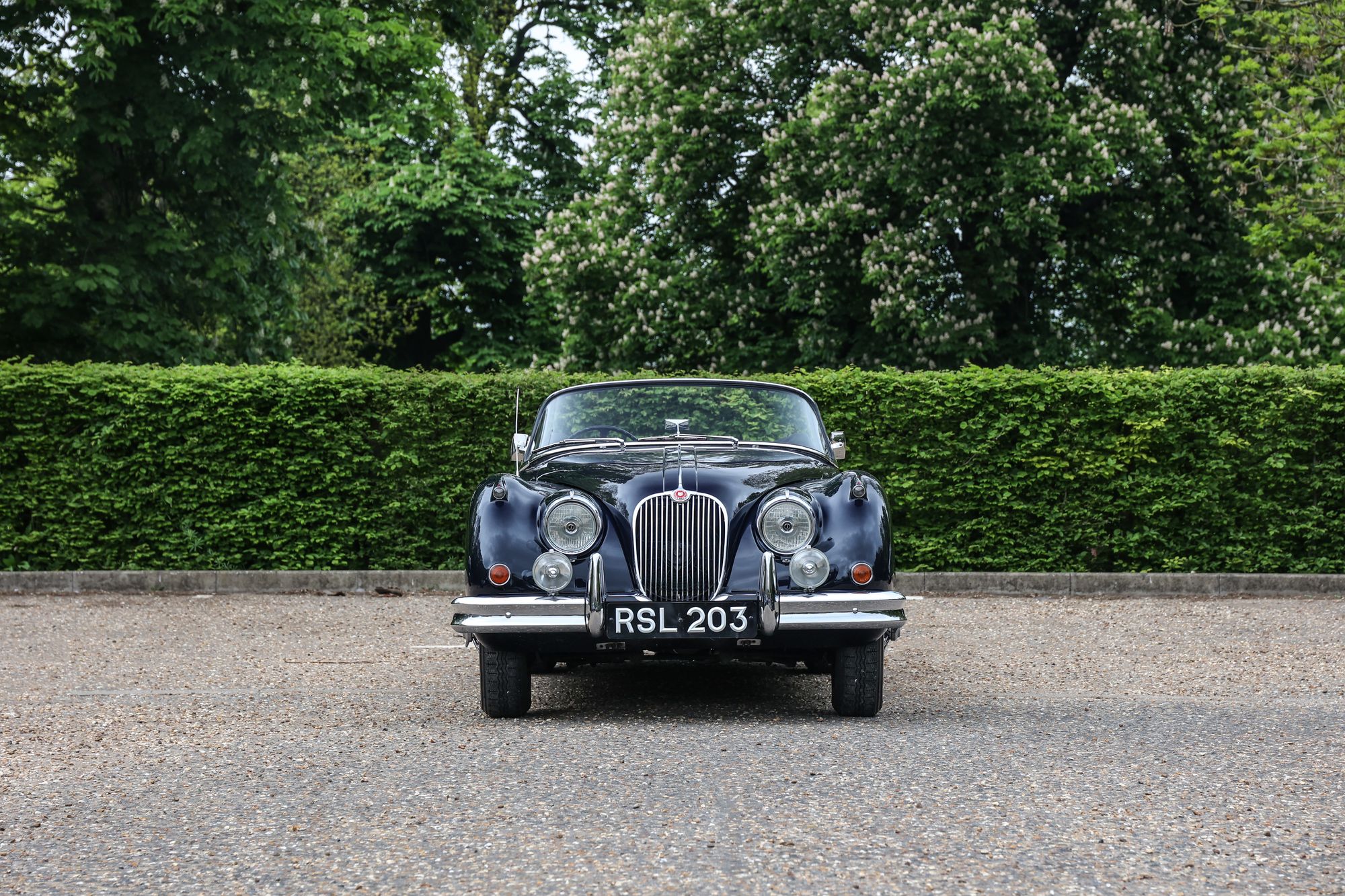 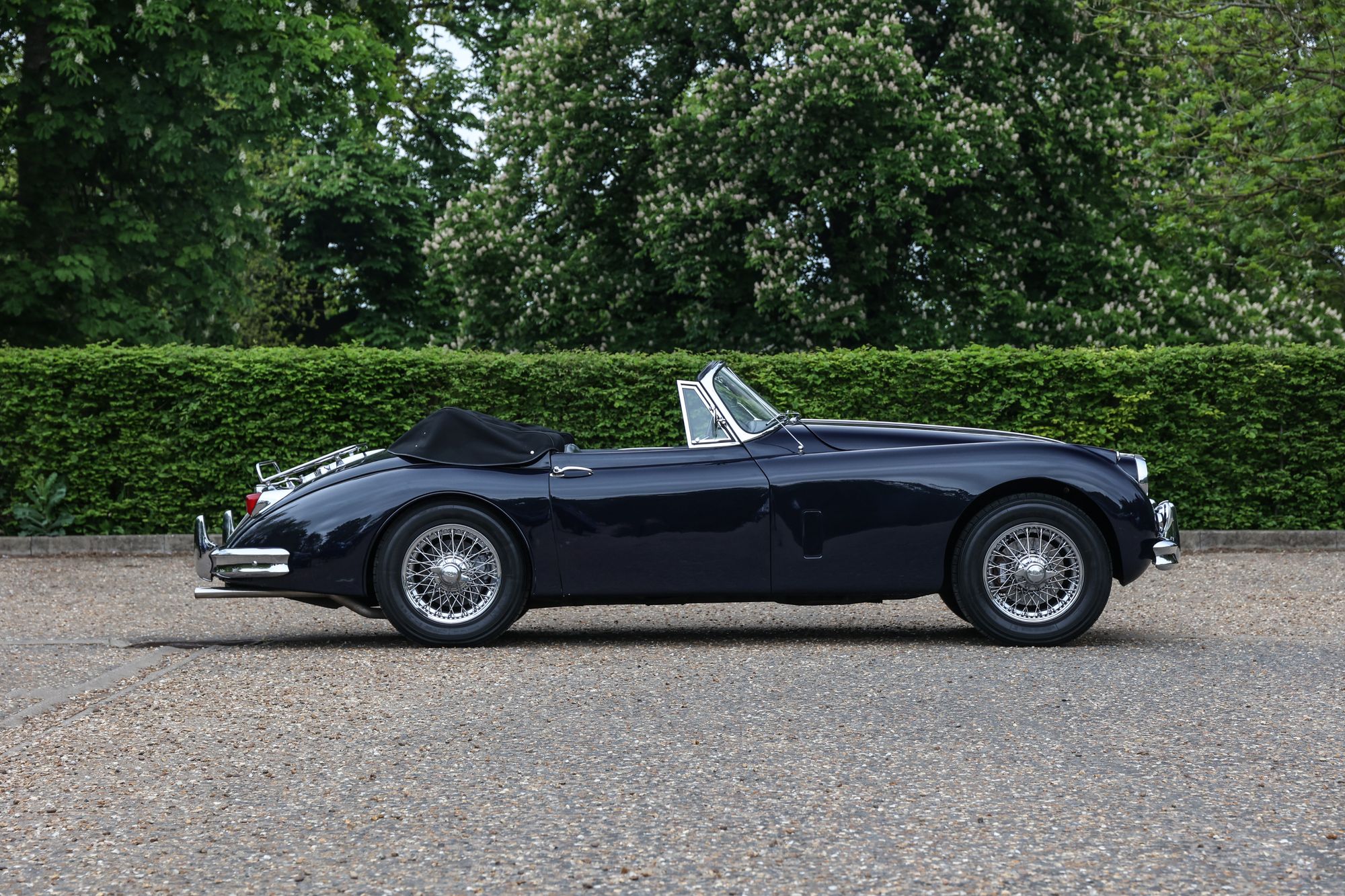 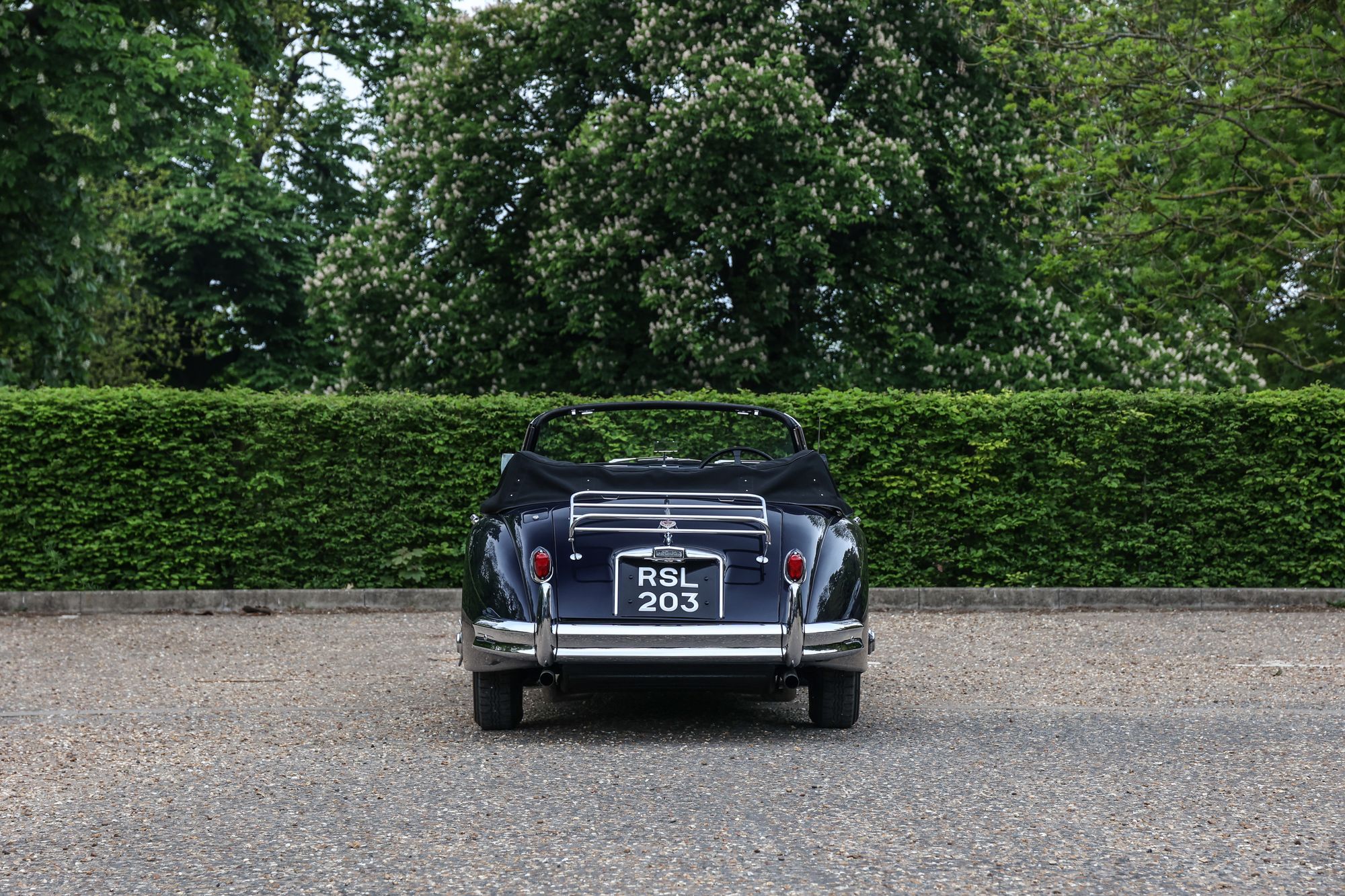 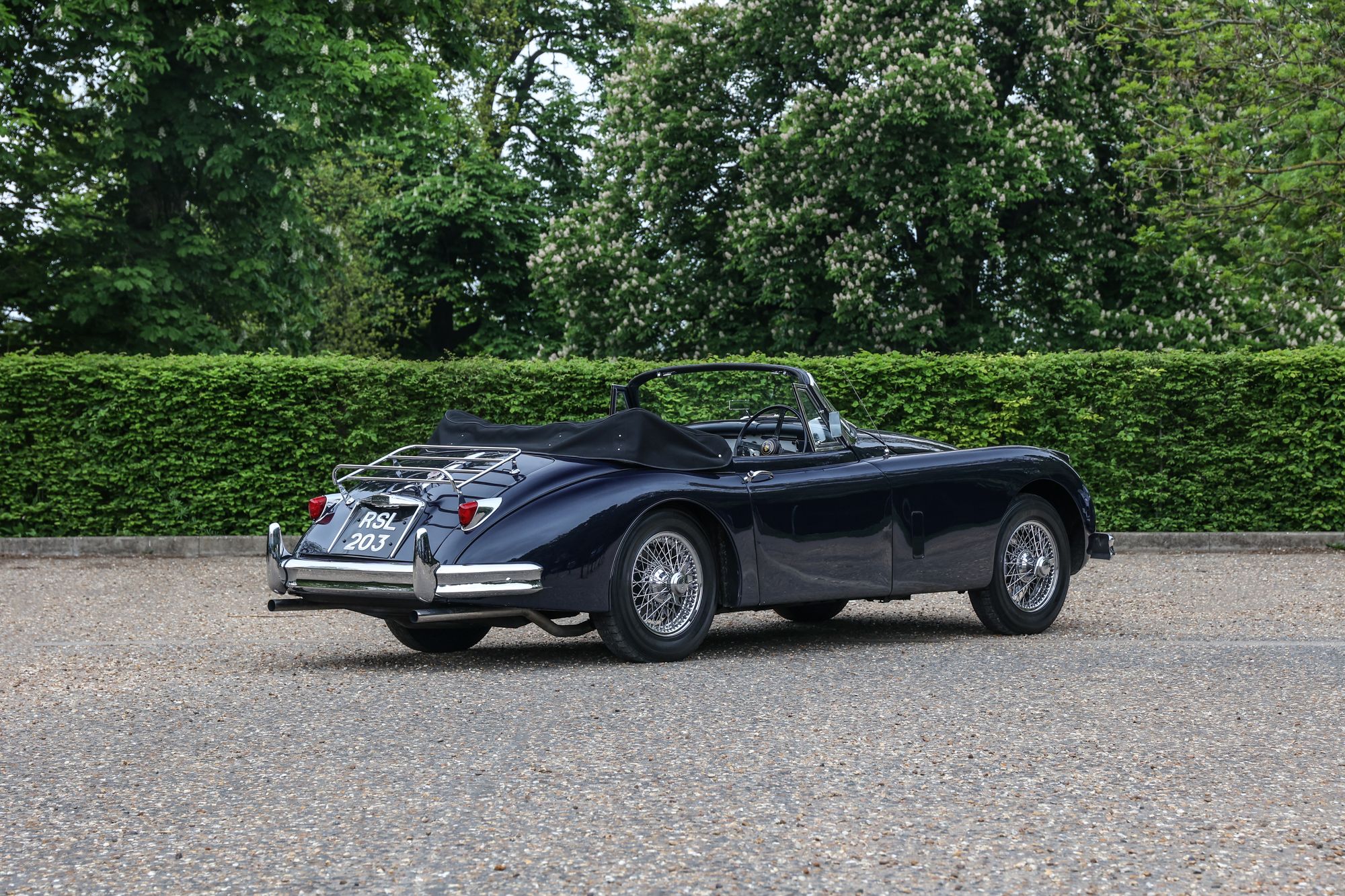 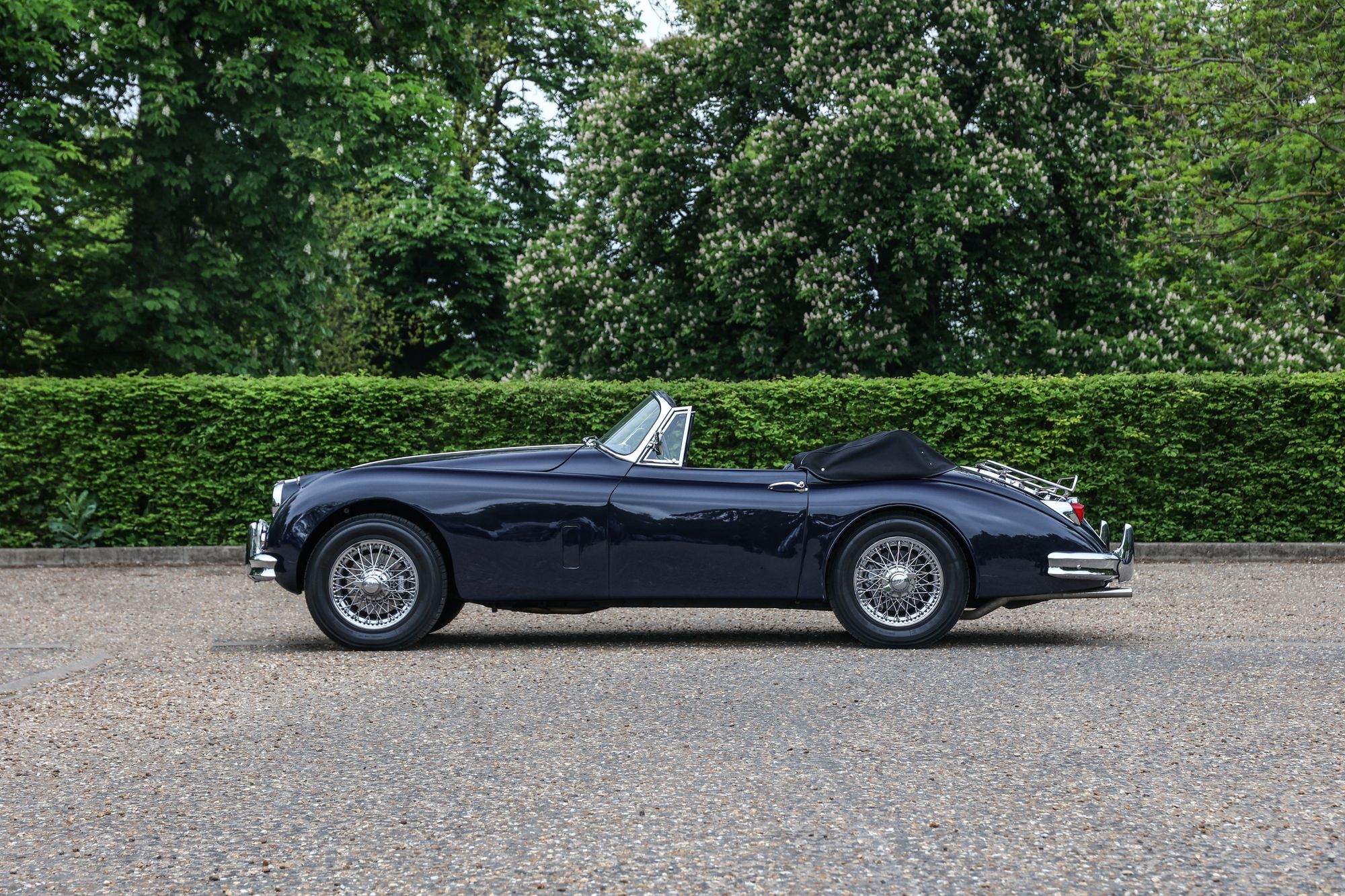 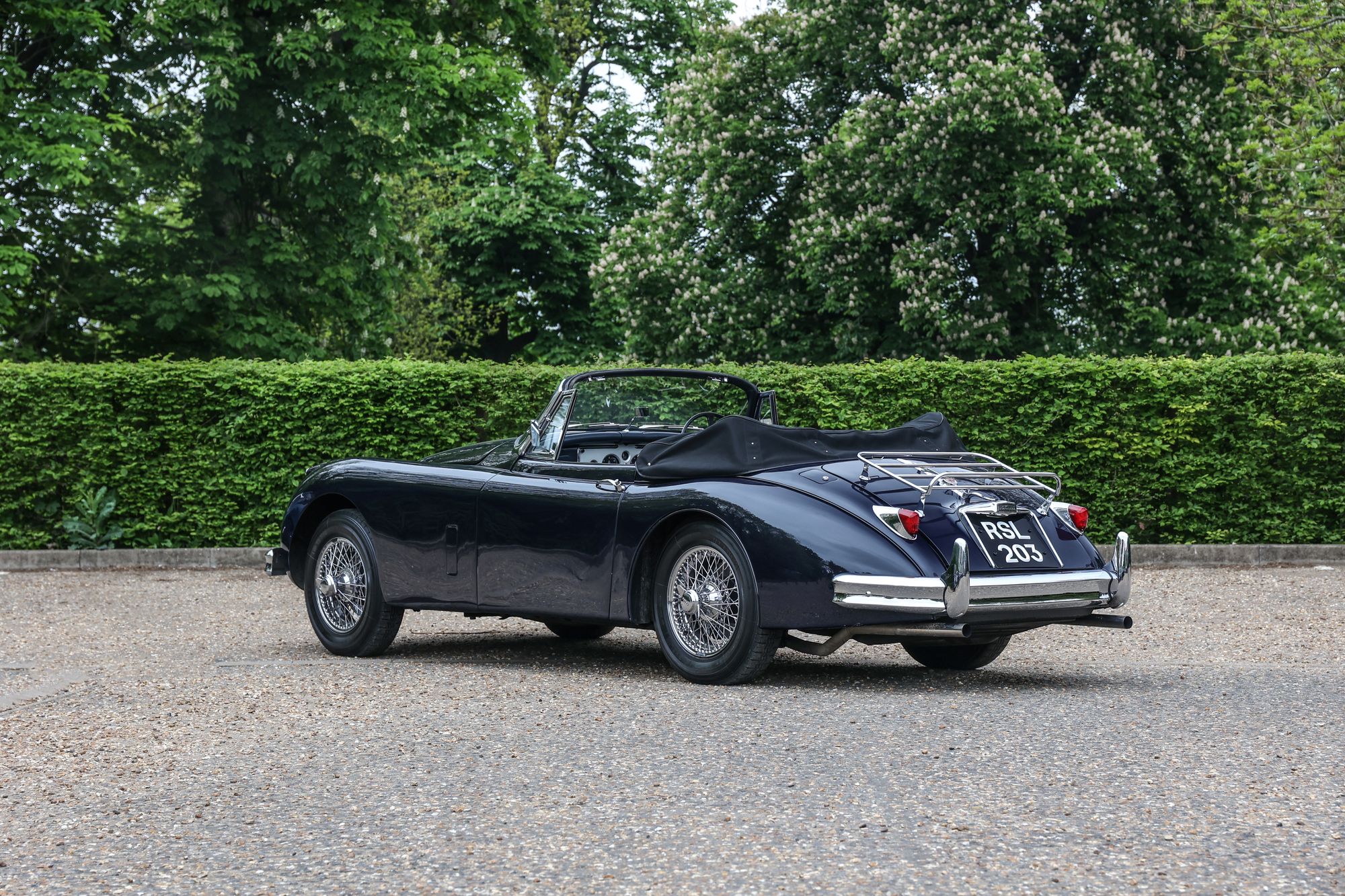 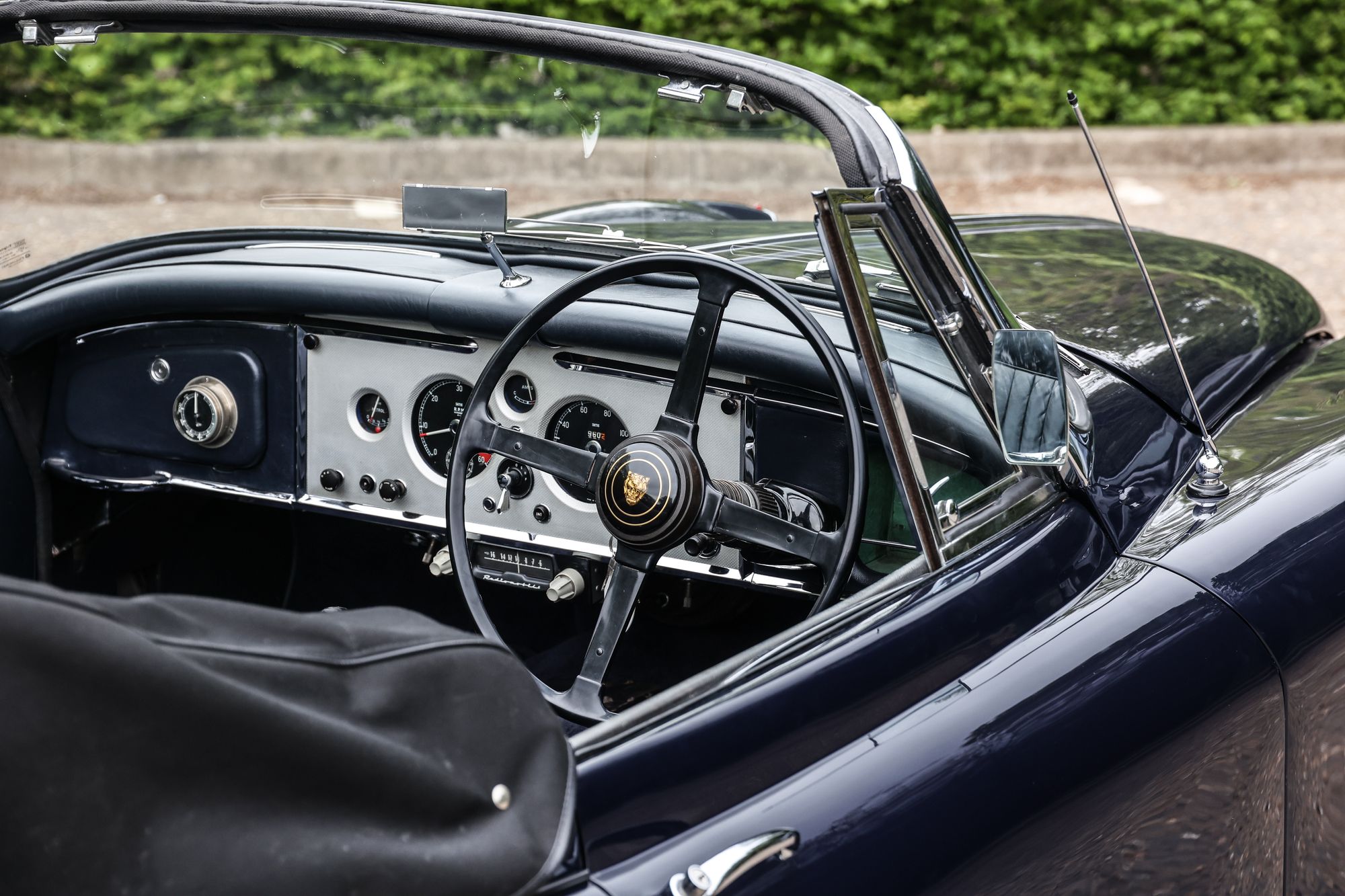 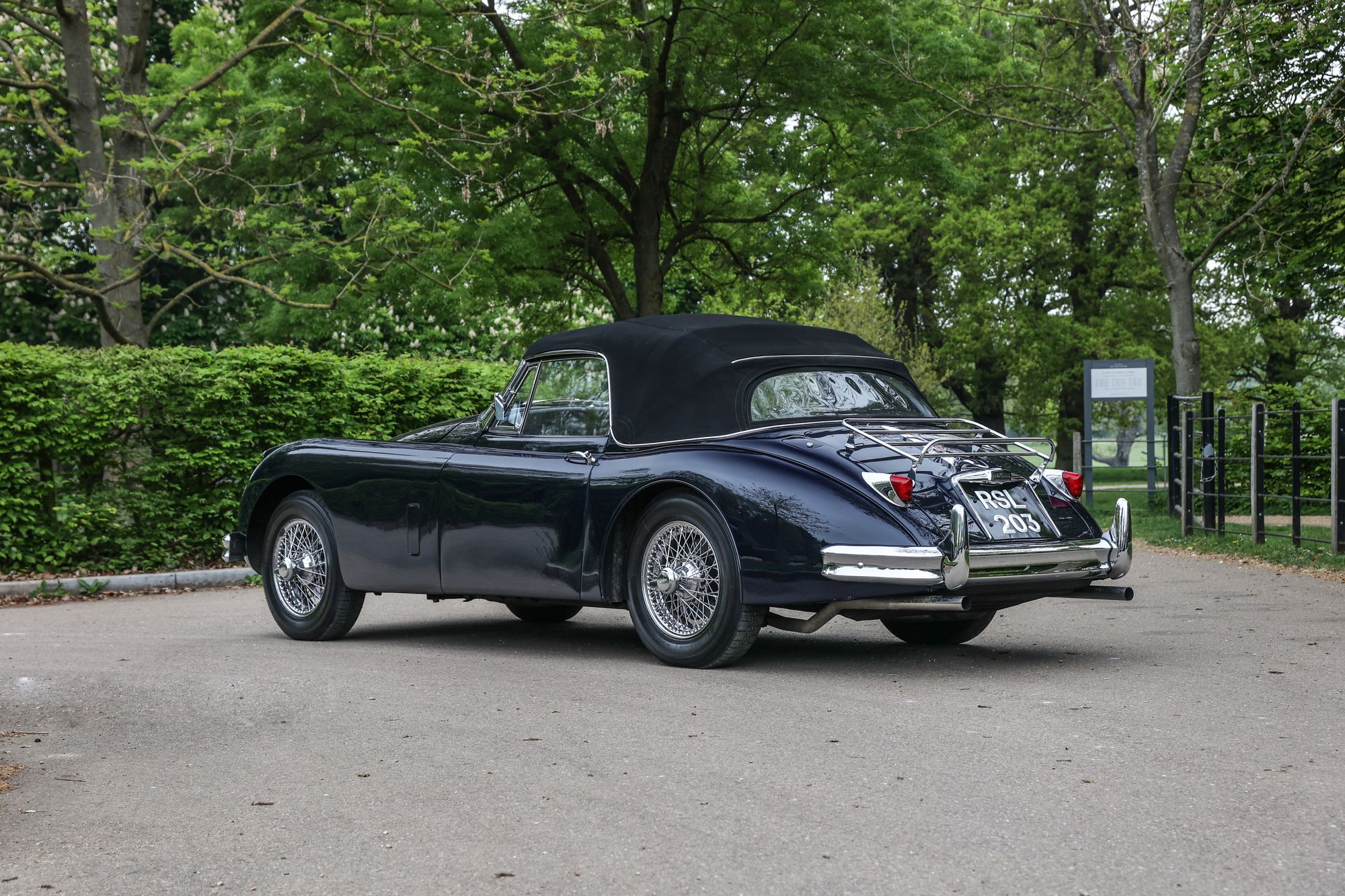 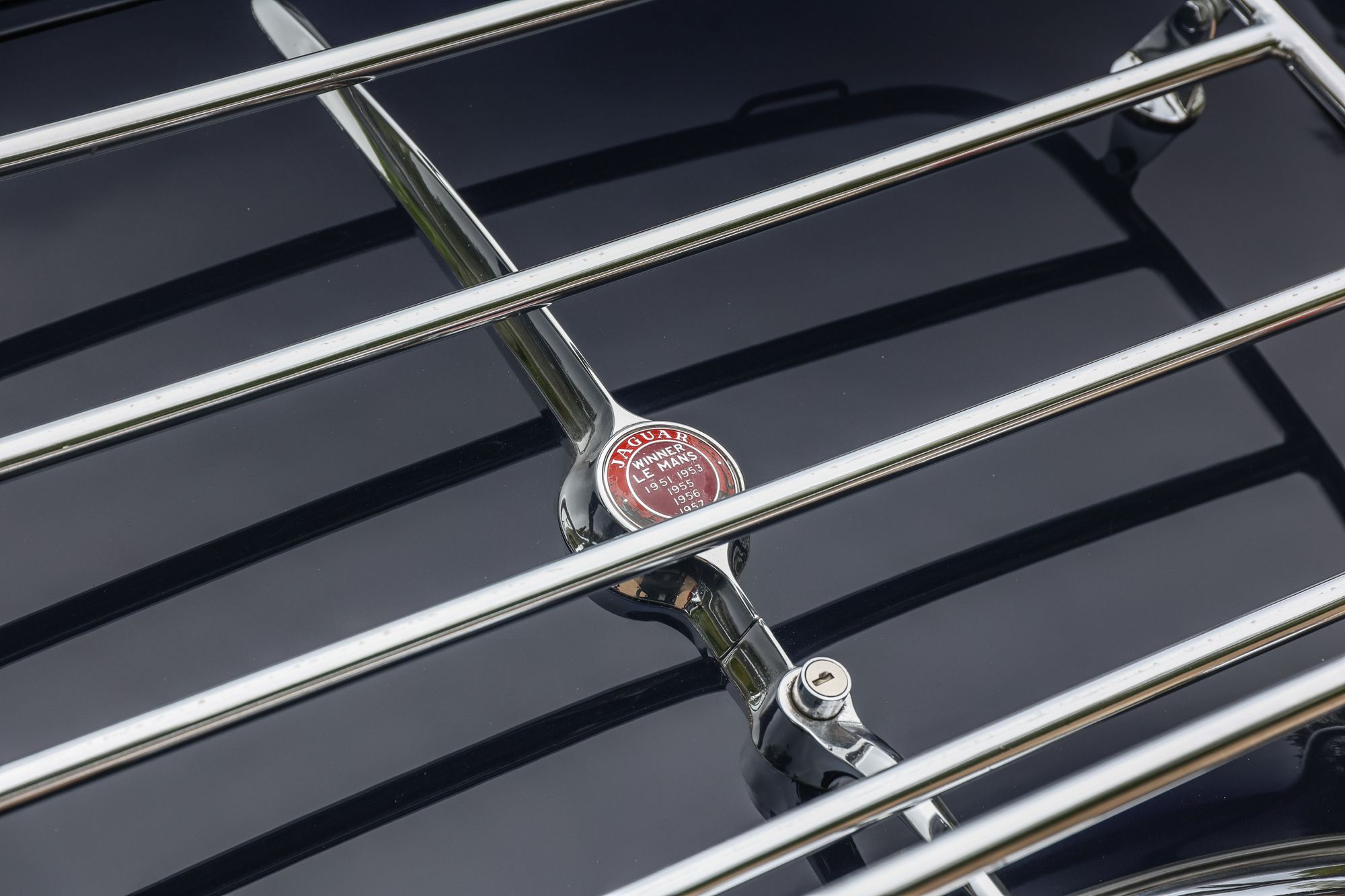 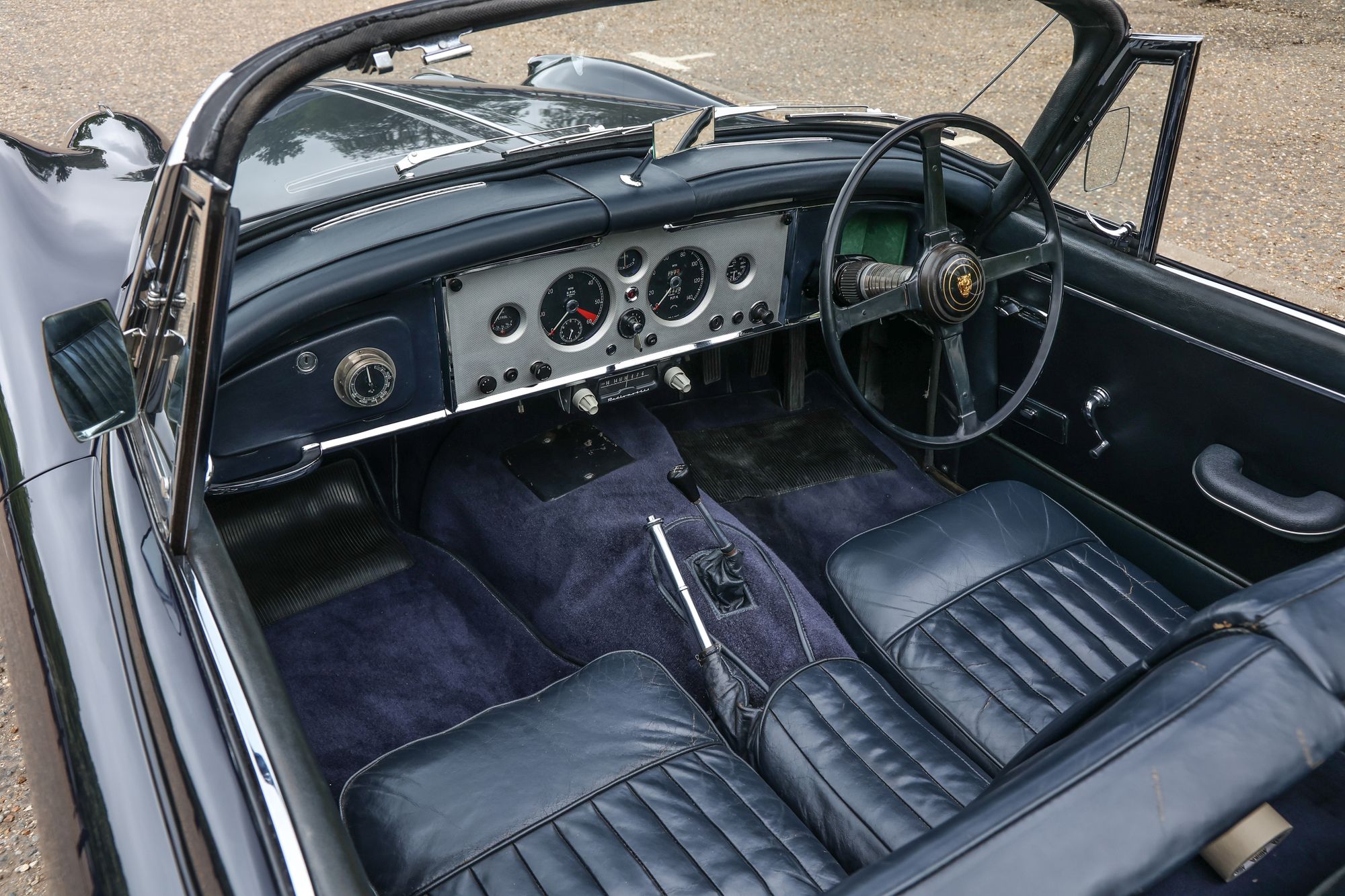 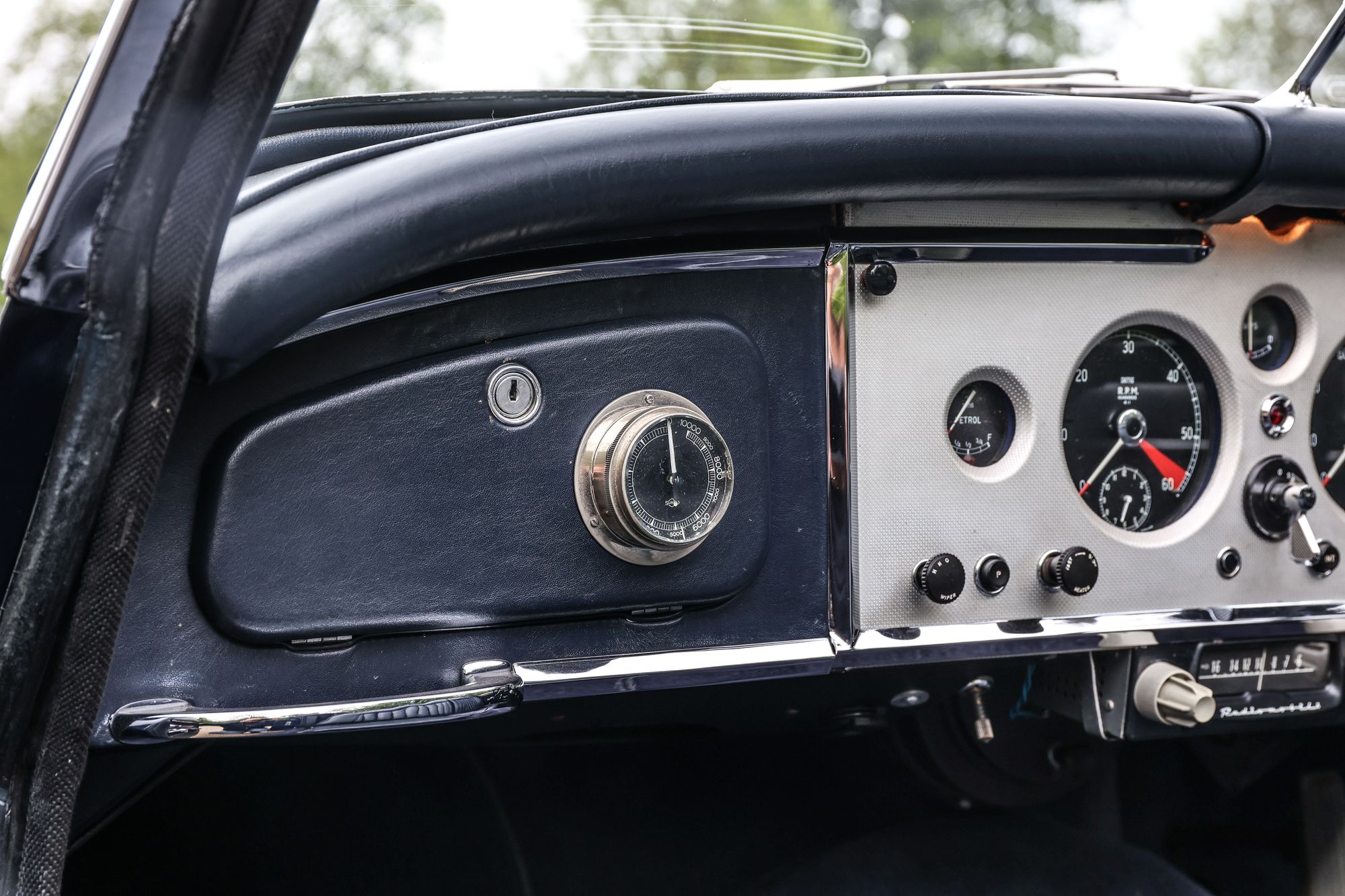 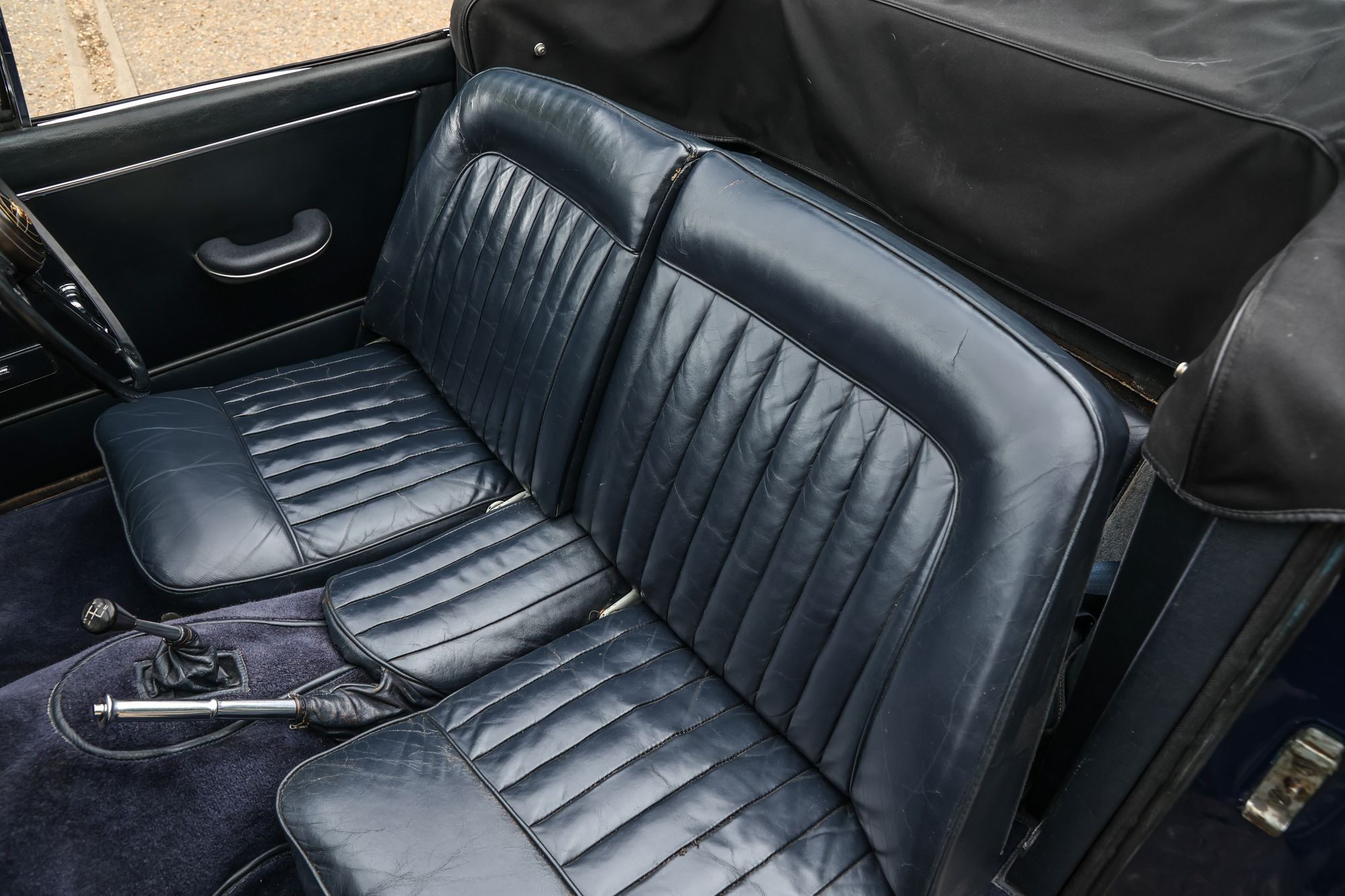 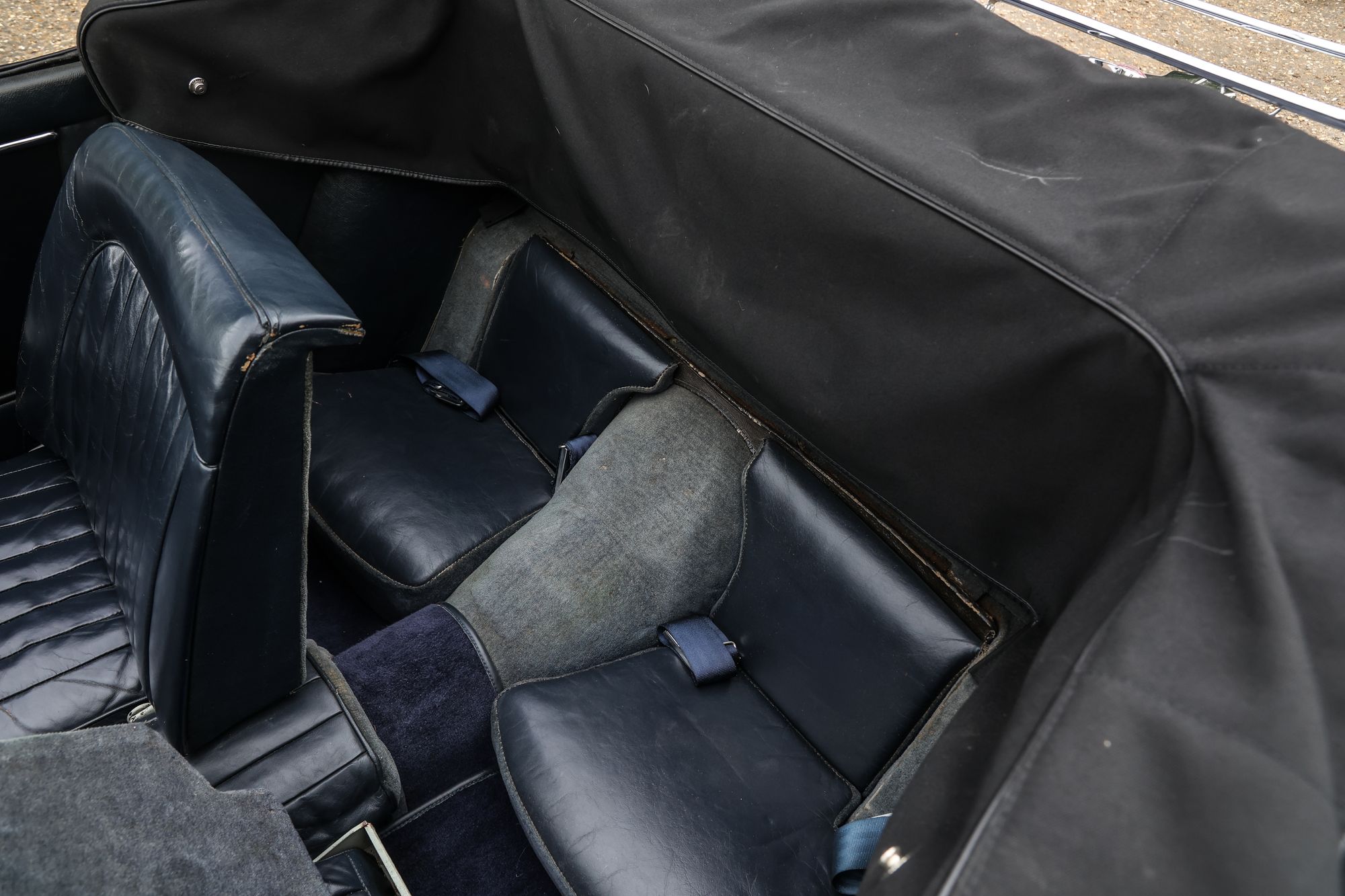 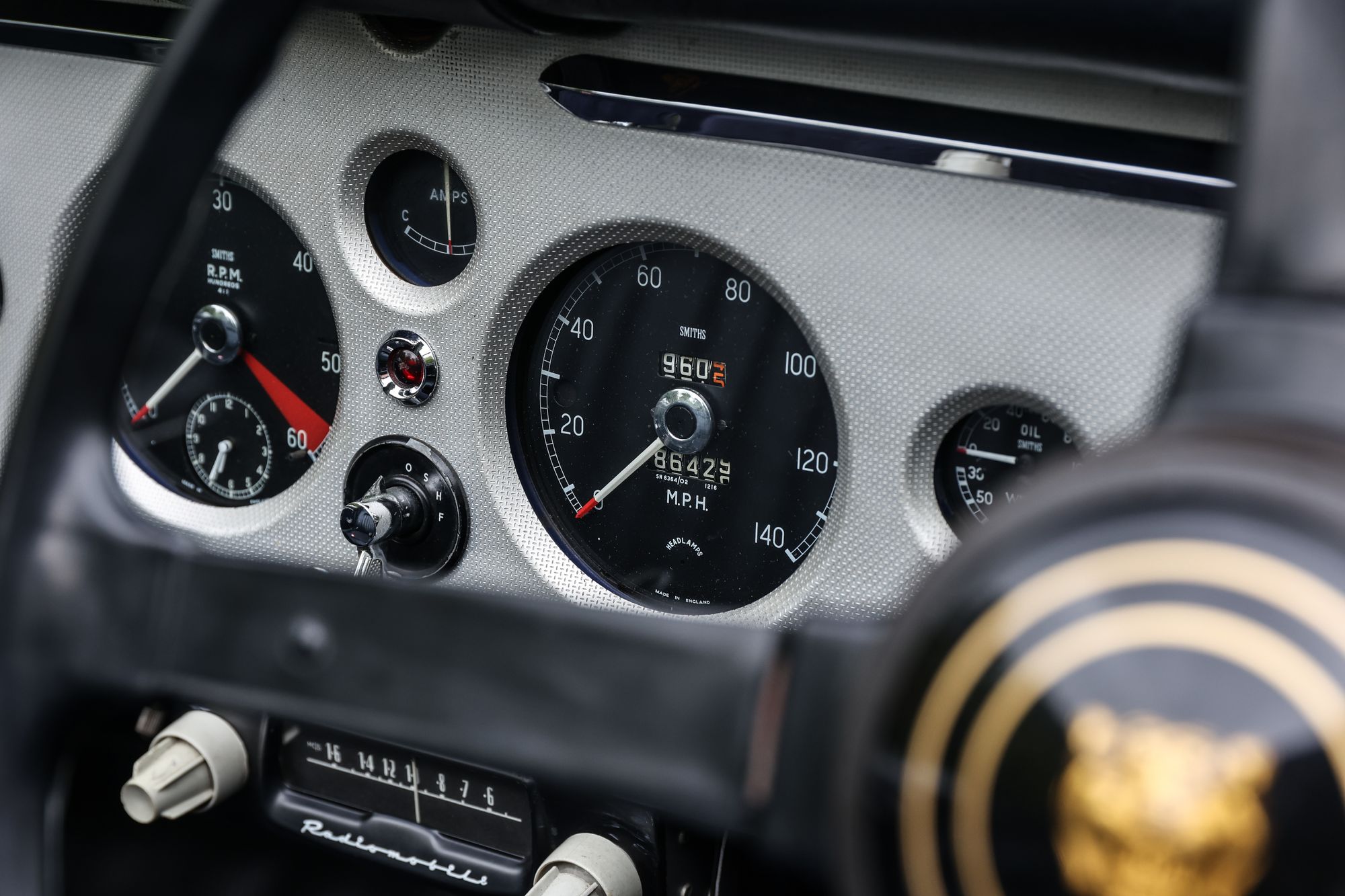 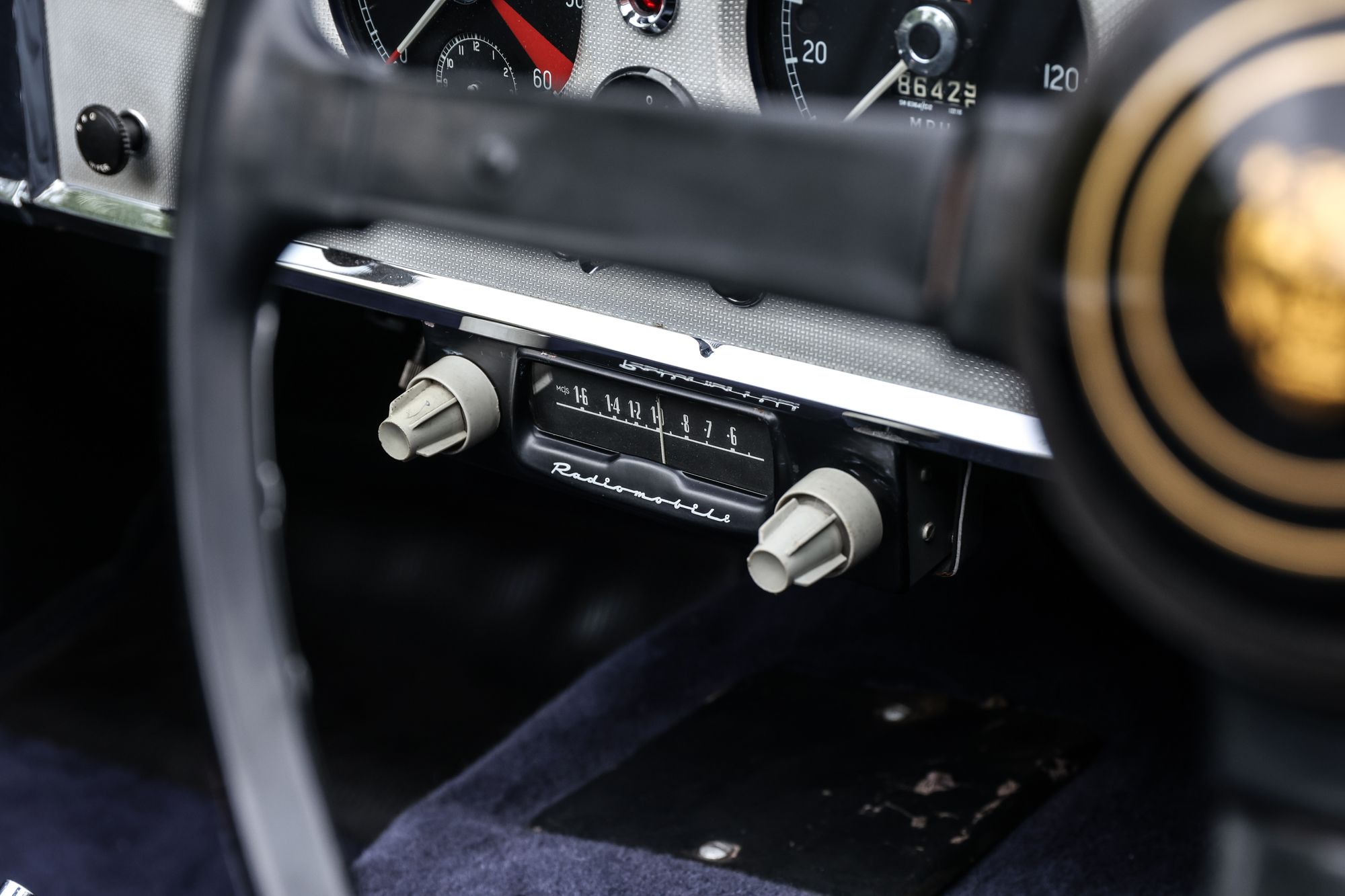 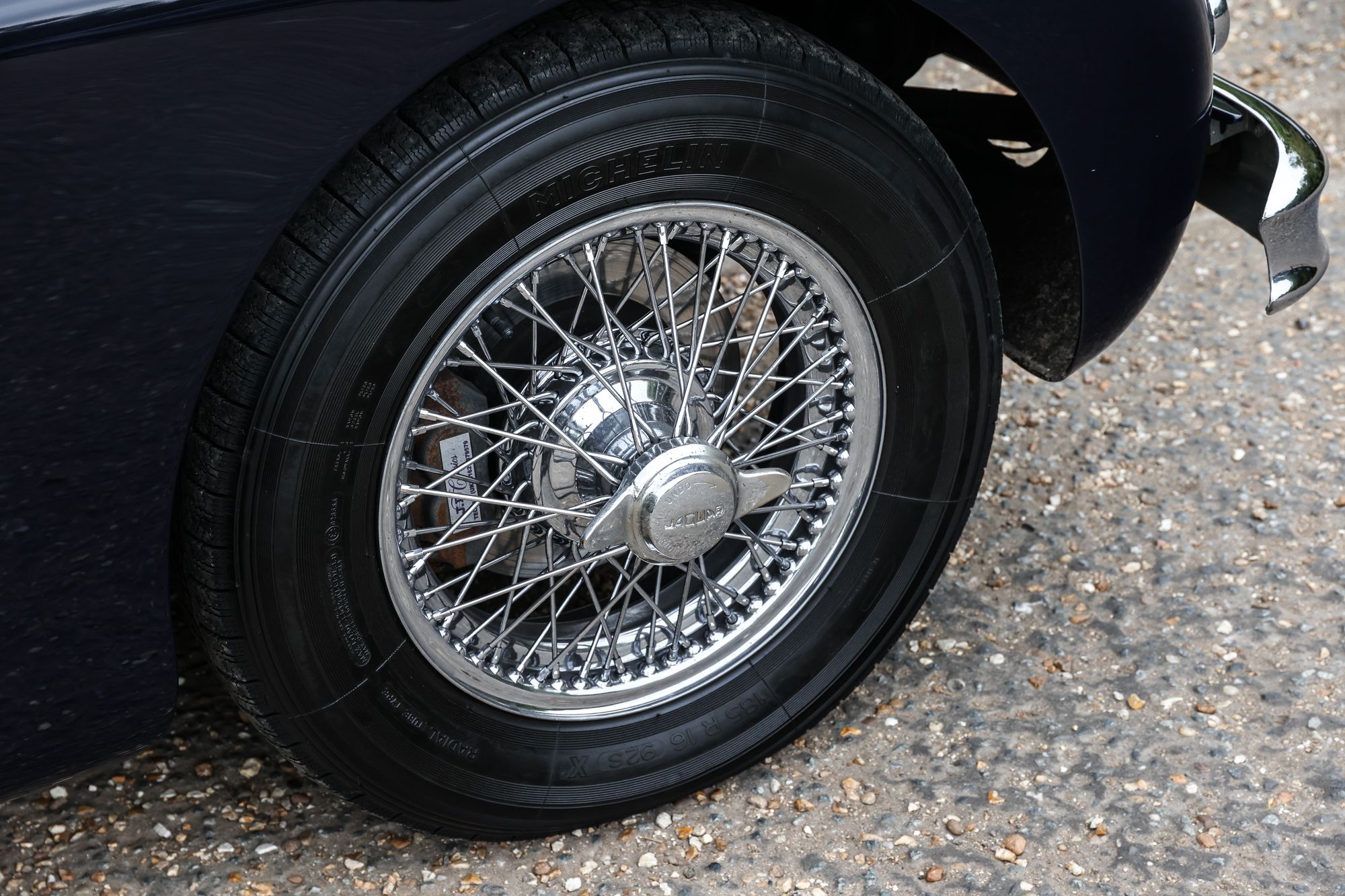 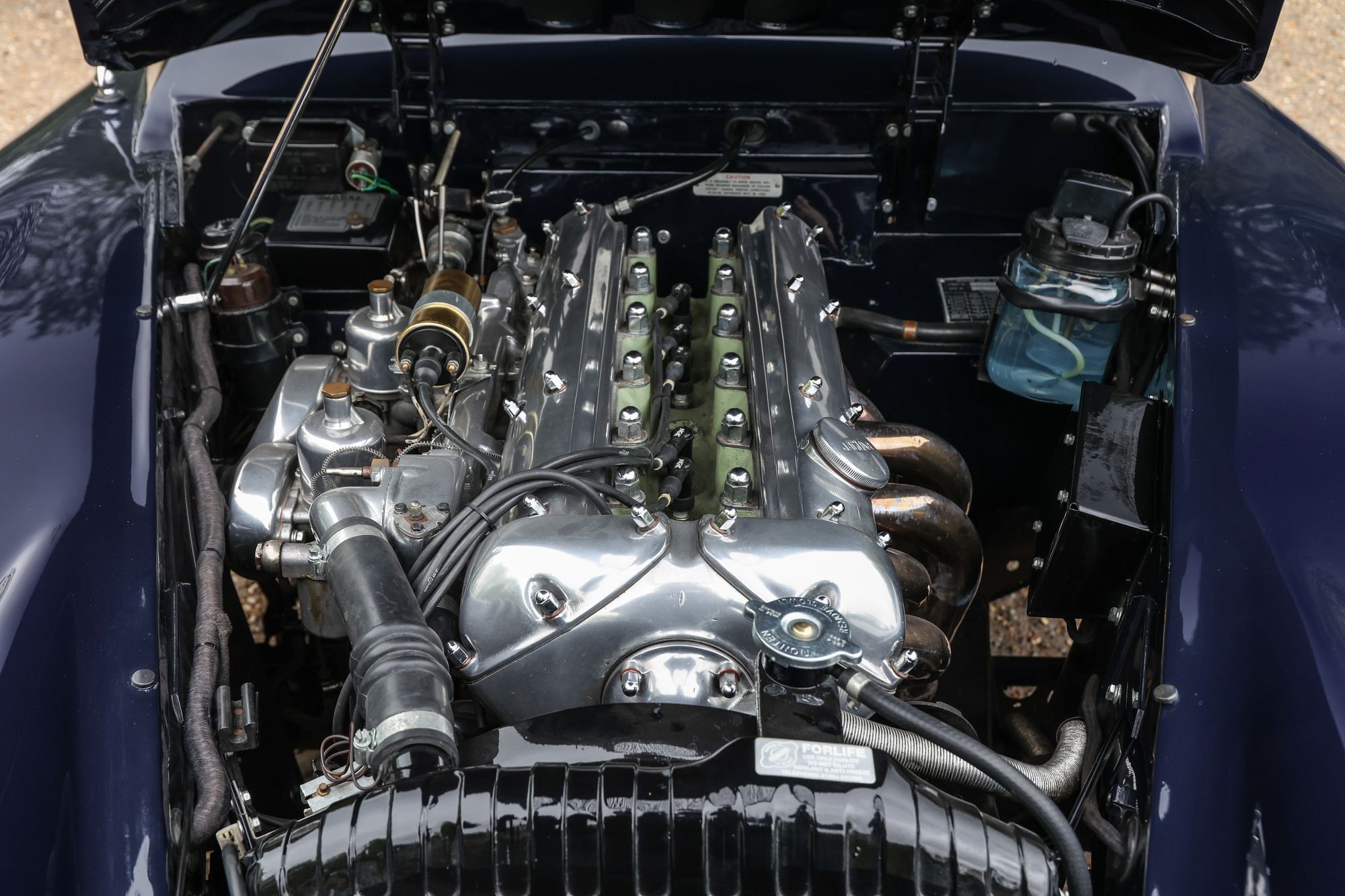 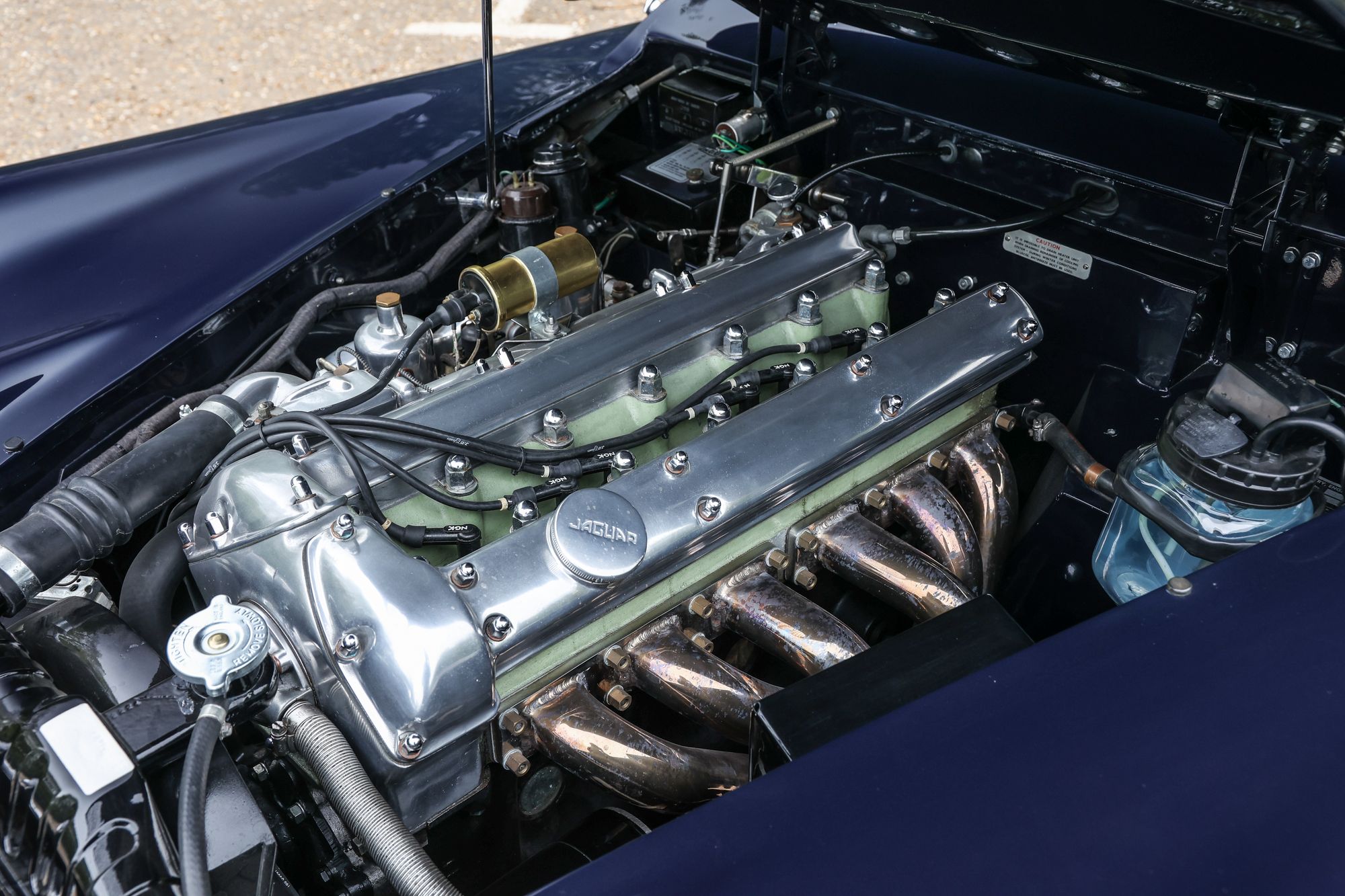 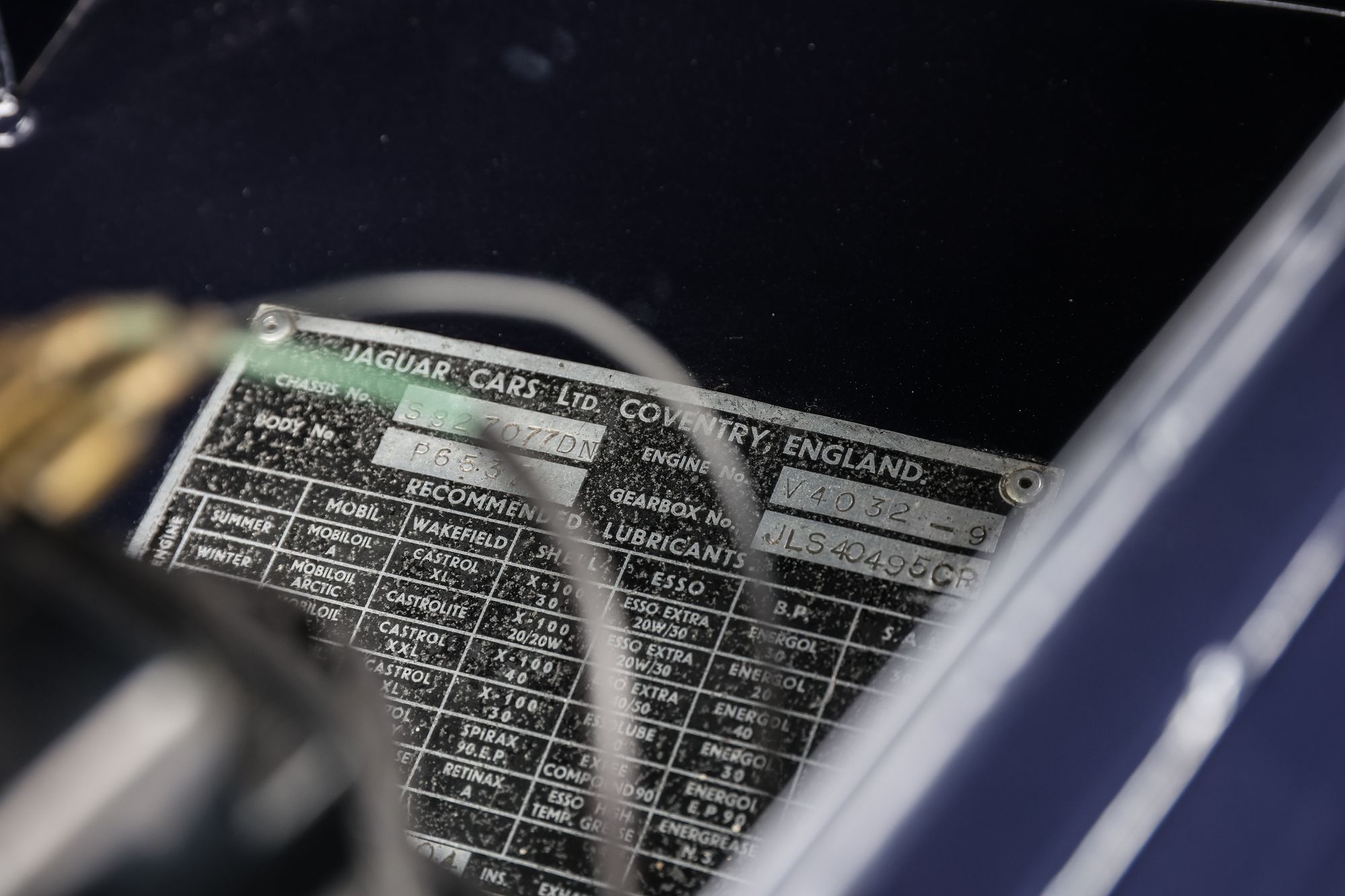 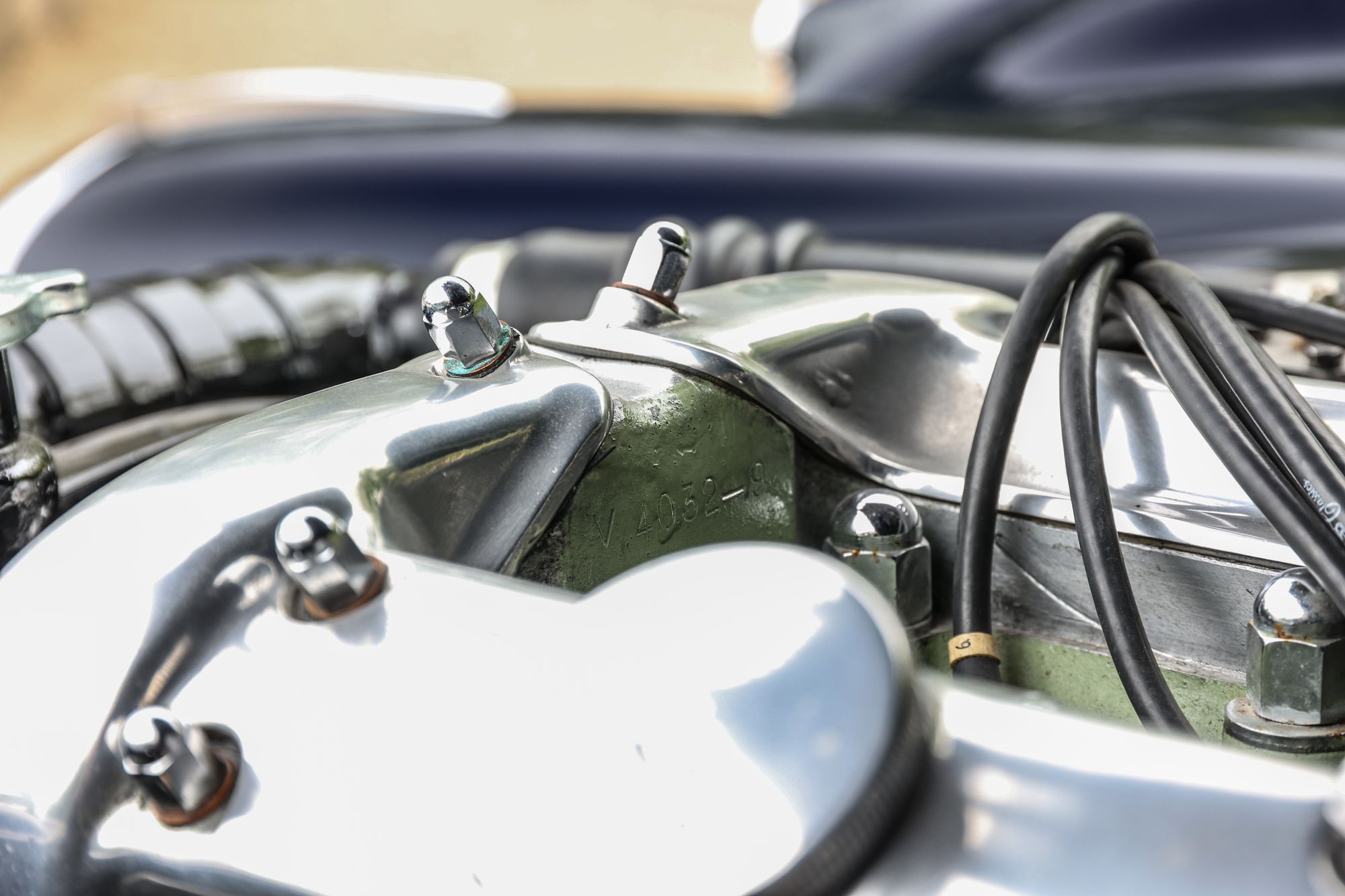 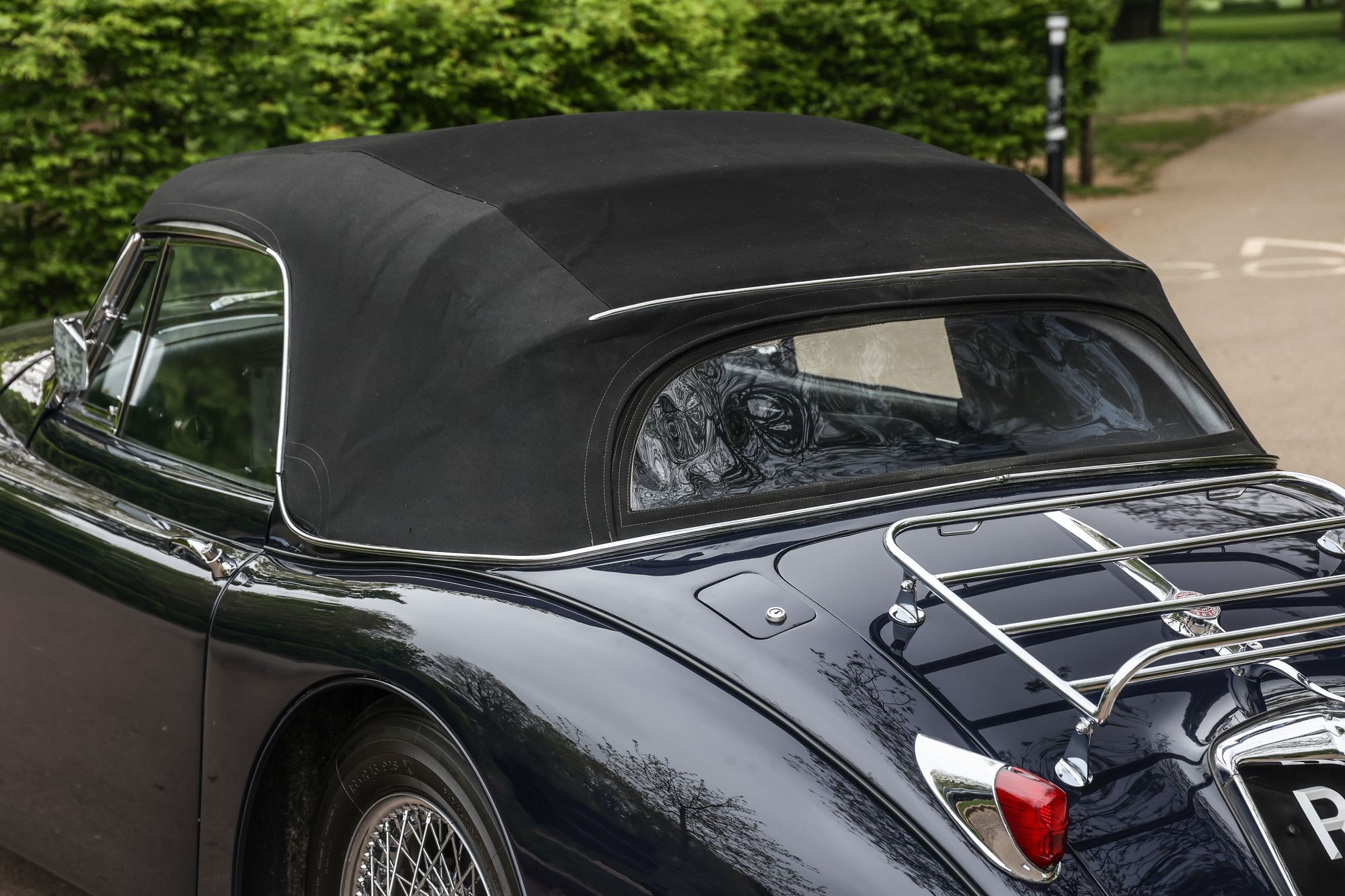