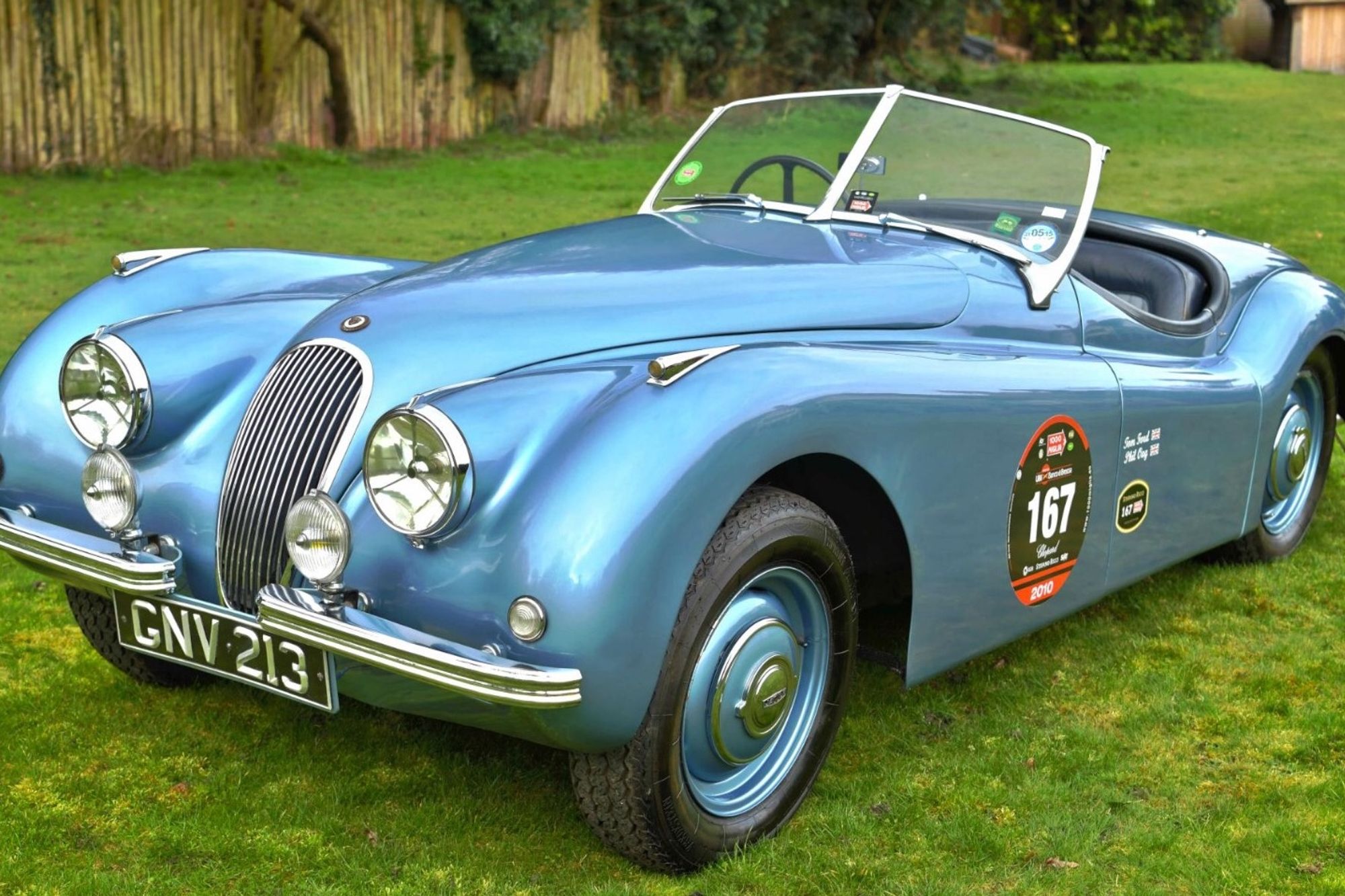 One of the most original & well preserved XK120's I have come across.  This car was originally sourced by noted collector Dr James Hull in 2008 as part of his first Jaguar collection when he acquired it from the second owner.  The car was used by Top Gear with drivers Tom Ford & Phil Oag who ran the car in the Mille Miglia 2010 as entry number 167.  The current owner purchased the car from Mr Hull in March of 2014.   Since then it has been used sparingly & resided in a small collection of other Jaguar cars.

The car was purchsed new in Northampton in 1951 for  the daughter of the buyer.  The second owner, Derrick Bird, purchased it from him & kept the car garaged & sparingly used until old age meant he could no longer drive it when he parted with it in 2008. The car is one of those time warp examples that occasionaly pop up.  it is finished iin its original colour of pastel blue with the original duo blue interior & blue carpets as per the Jaguar heritage certificate.

The engine had a rebuild in 2012 including a rebore to +30, new pistons & rings, a reground crank with new bearings, new valves, valve seats & guides, & the compression raised to 8:1  The Radiator was re-cored & an electric fan fitted.  The gear box has been stripped & cleaned, a new clutch fitted along with new thrust & centre plate at 47,000 miles.  The car has now covered 57,000 miles from new.

Aside from the mechanical works, the interior & engine bay of the car is as it left the factory.  The boot has its original carpet in place along with tonneau cover & tool kit.  The car also comes with hood & side screens.  A file comes with the car containing assorted photographs of the Mille Miglia run & also the FIVA passport required for the entry.  Assorted MOT certificates, Expired tax Discs & the buff log book also come with the car.

This is an impeccable original car with known ownership history from new & Mille Miglia credentials. 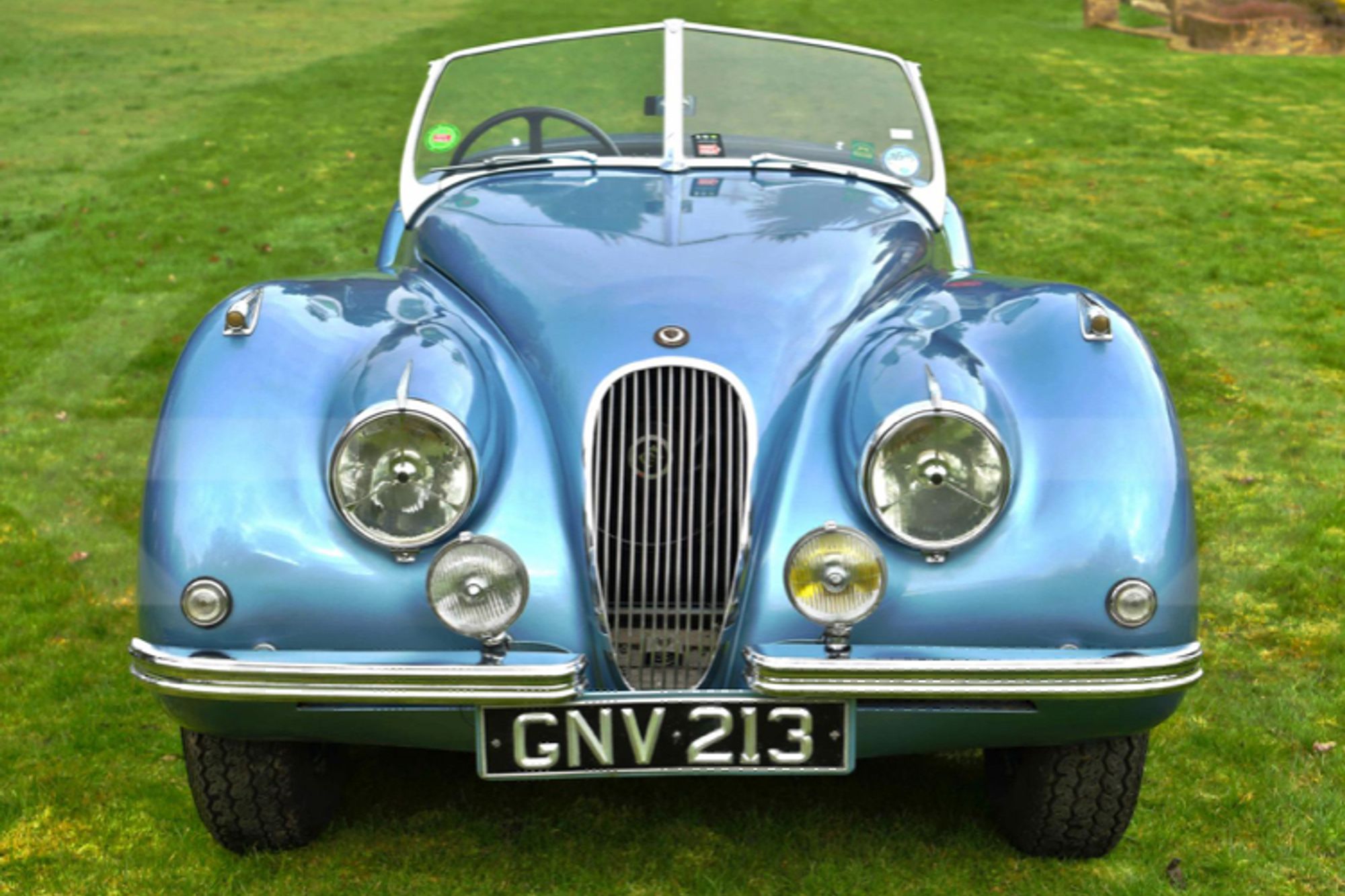 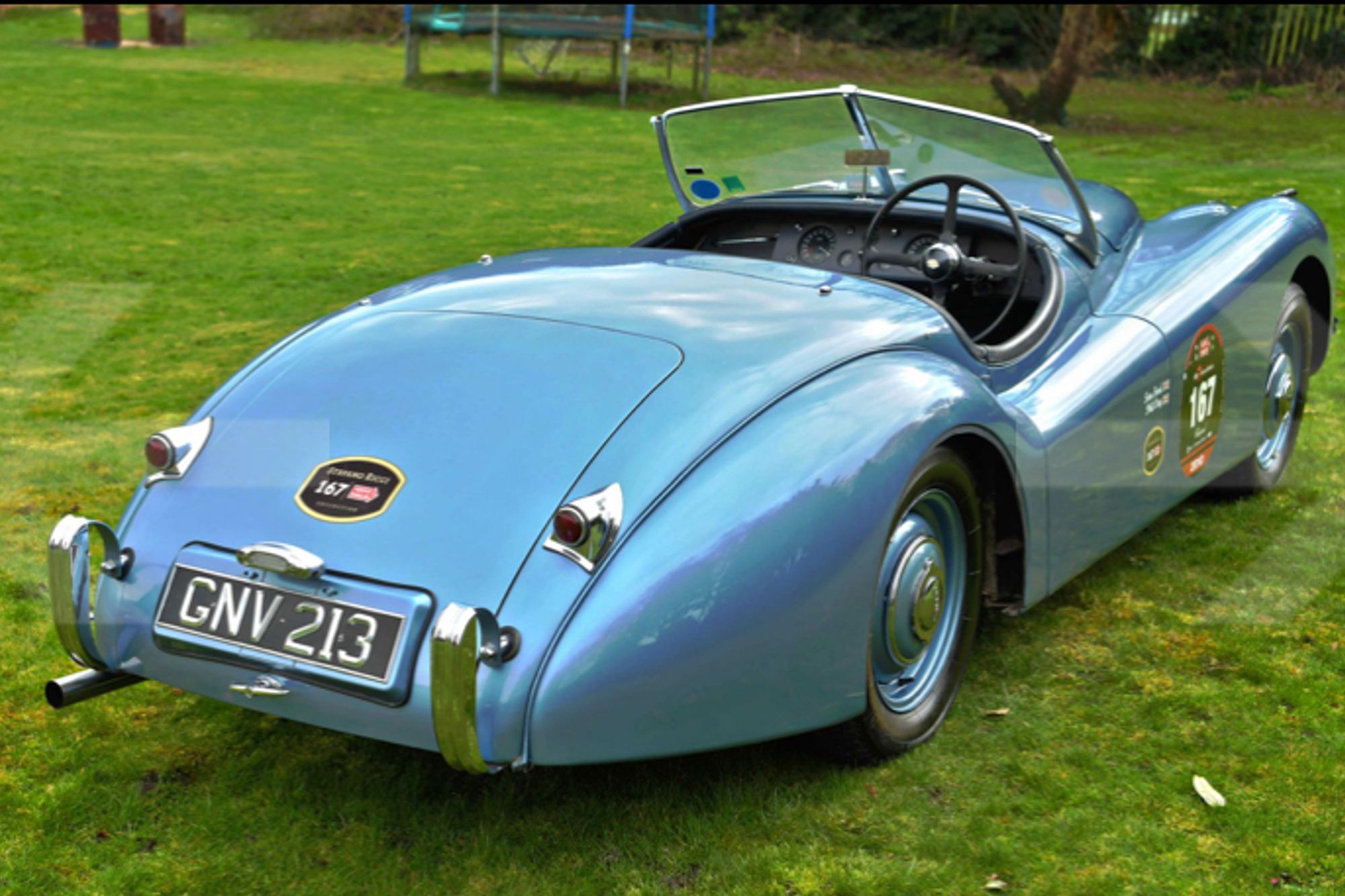