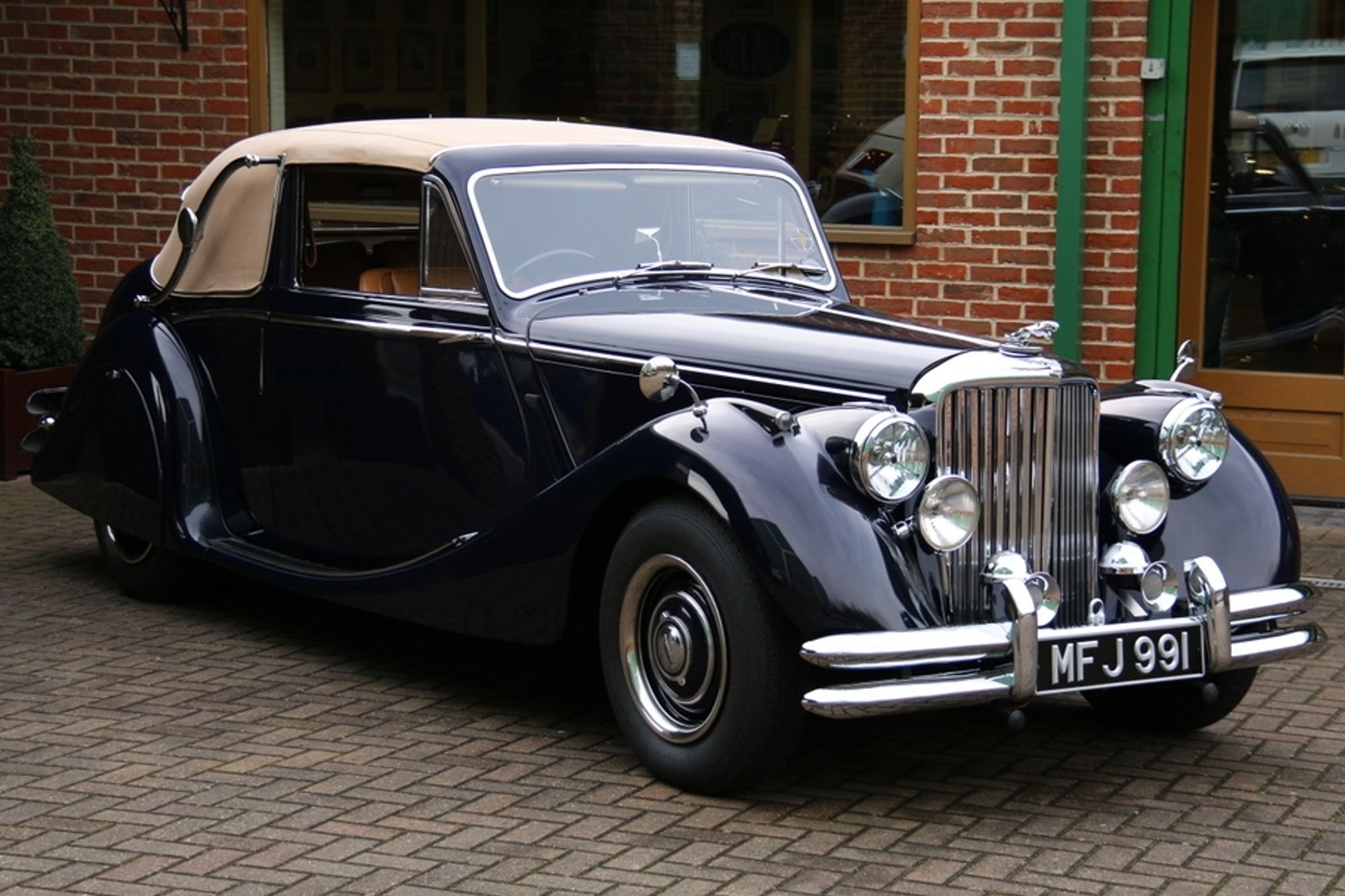 The Jaguar Mark V was launched in October 1948 at the London Motor Show at the same time as the XK120, with which it shared a stand. While the XK120 was undoubtedly the star of the show, the Mark V was also an immensely popular car and would go on to outsell the XK120 by a significant margin.

In contrast to its sportier cousin, the Mark V retained elements of pre-war styling in its overall design and used the older overhead-valve pushrod type of engine, which had originally been manufactured by Standard in the late 1930s. However, in spite of its more conservative appearance, the Mark V did incorporate a number of innovations including a completely new chassis design, independent front suspension (featuring double wishbones and torsion bar), hydraulic brakes and an all pressed steel body.

In all almost 10,500 Mark Vs were produced from 1948 to 1951 with both 2.5 and 3.5 Litre engines and in Saloon and Drophead configuration, the latter being the rarer of the two body styles.

Recently arrived, the example offered here is a 1951 car and one of the rarer models of the range being one of only 108 RHD Dropheads fitted with the 3.5 Litre engine. Originally delivered to the UK, the car at some point found its way to Italy and formed part of a collection with a Milan Jaguar dealer who carried out a full body off professional restoration.

Returning to the UK in 2012 the Mark V was recommissioned by Vicarage Jaguar of Wolverhampton. During this process the car also received the very sensible upgrades of power steering, Alternator electrics that are fitted inside the original Generator, Kenlowe turbo fan, Halogen headlamps, new windscreen and a five speed Getrag gearbox, which dramatically improve its driveability. Since recommissioning, the car has been fastidiously maintained by its previous owner, an engineer by profession, and accordingly still presents beautifully in its Dark Blue with Tan colour scheme and comes accompanied with the original four speed gearbox, steering unit and original handbook, Tools, jack and wheel brace. 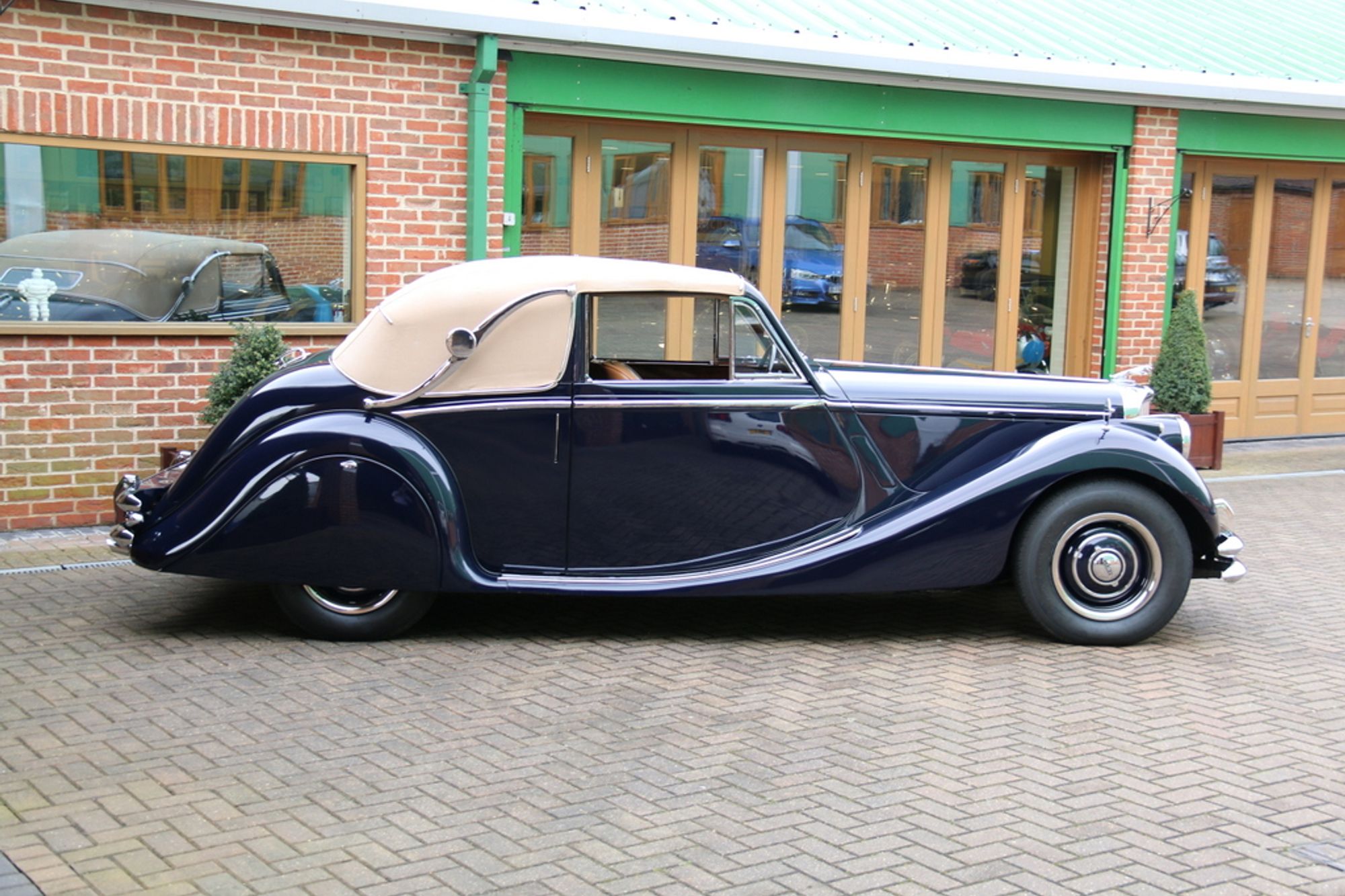 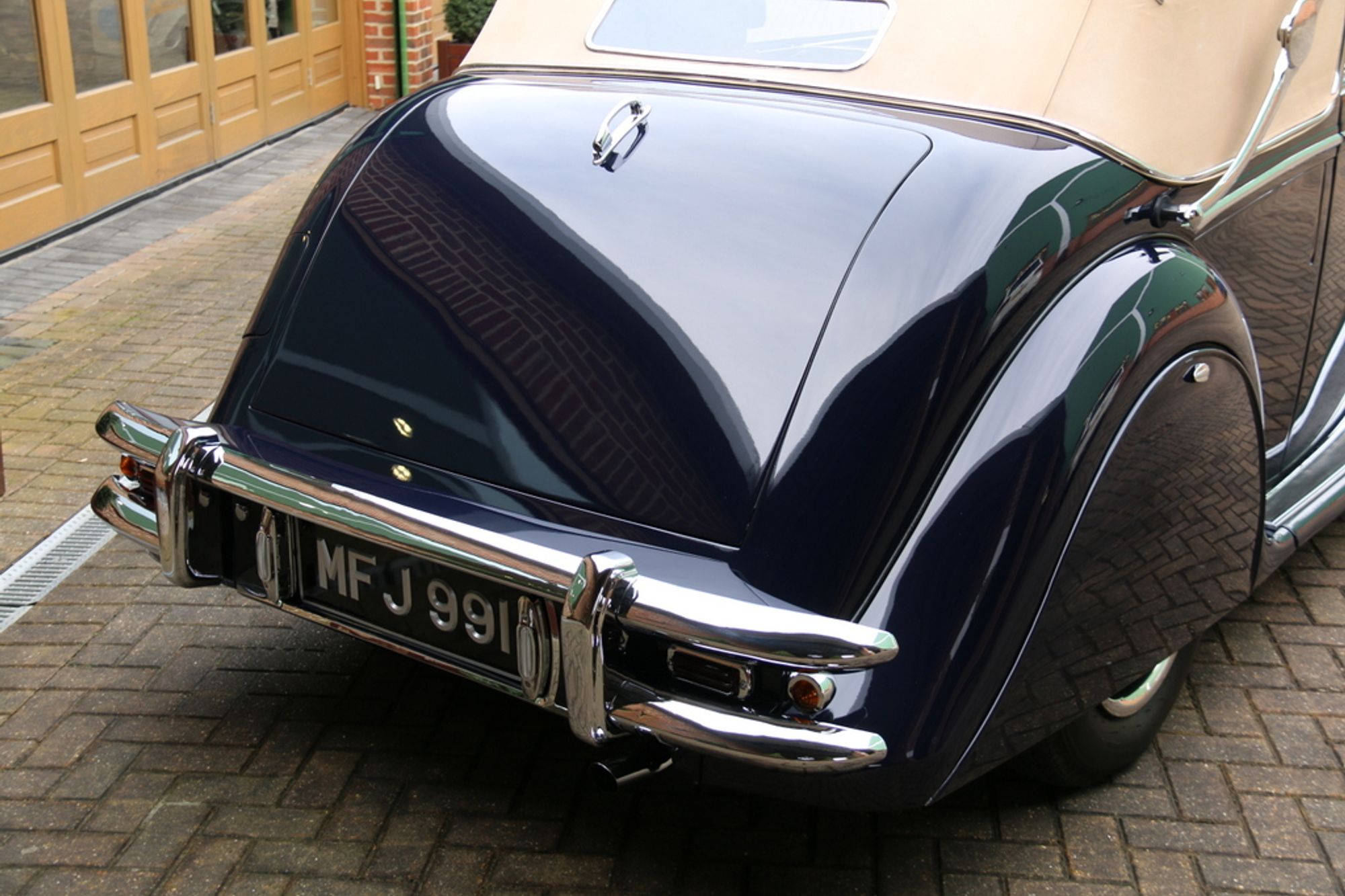 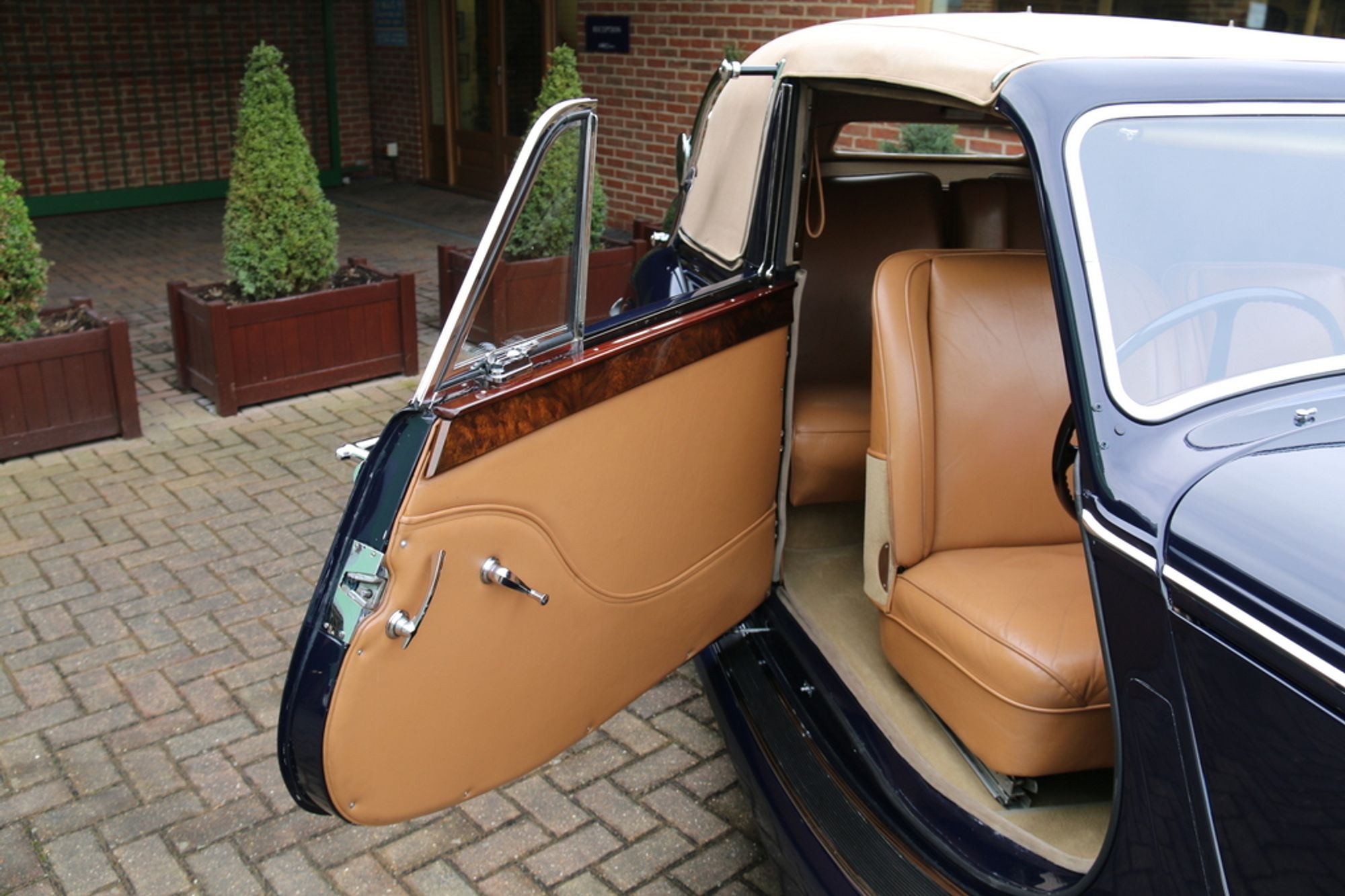 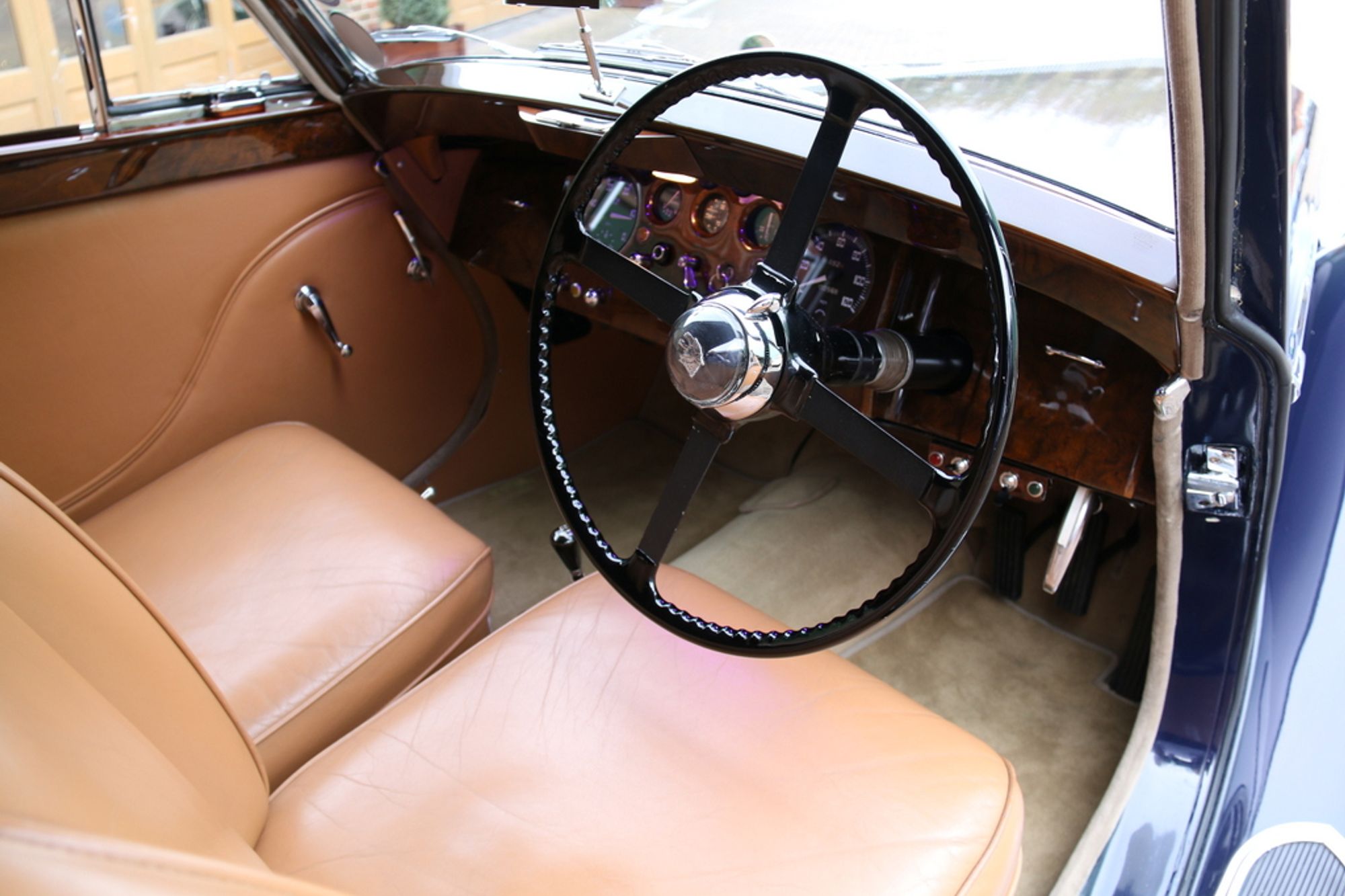 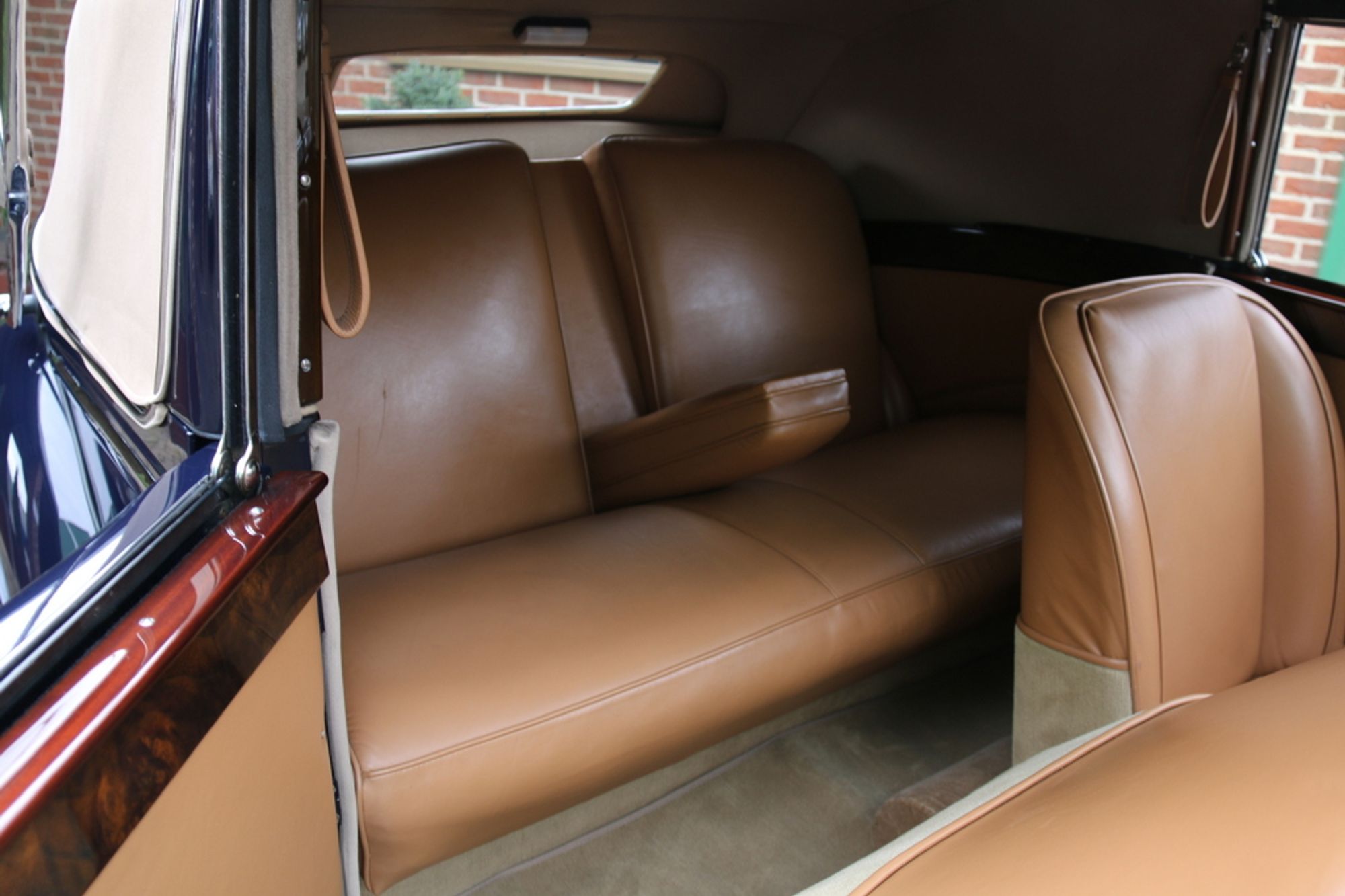 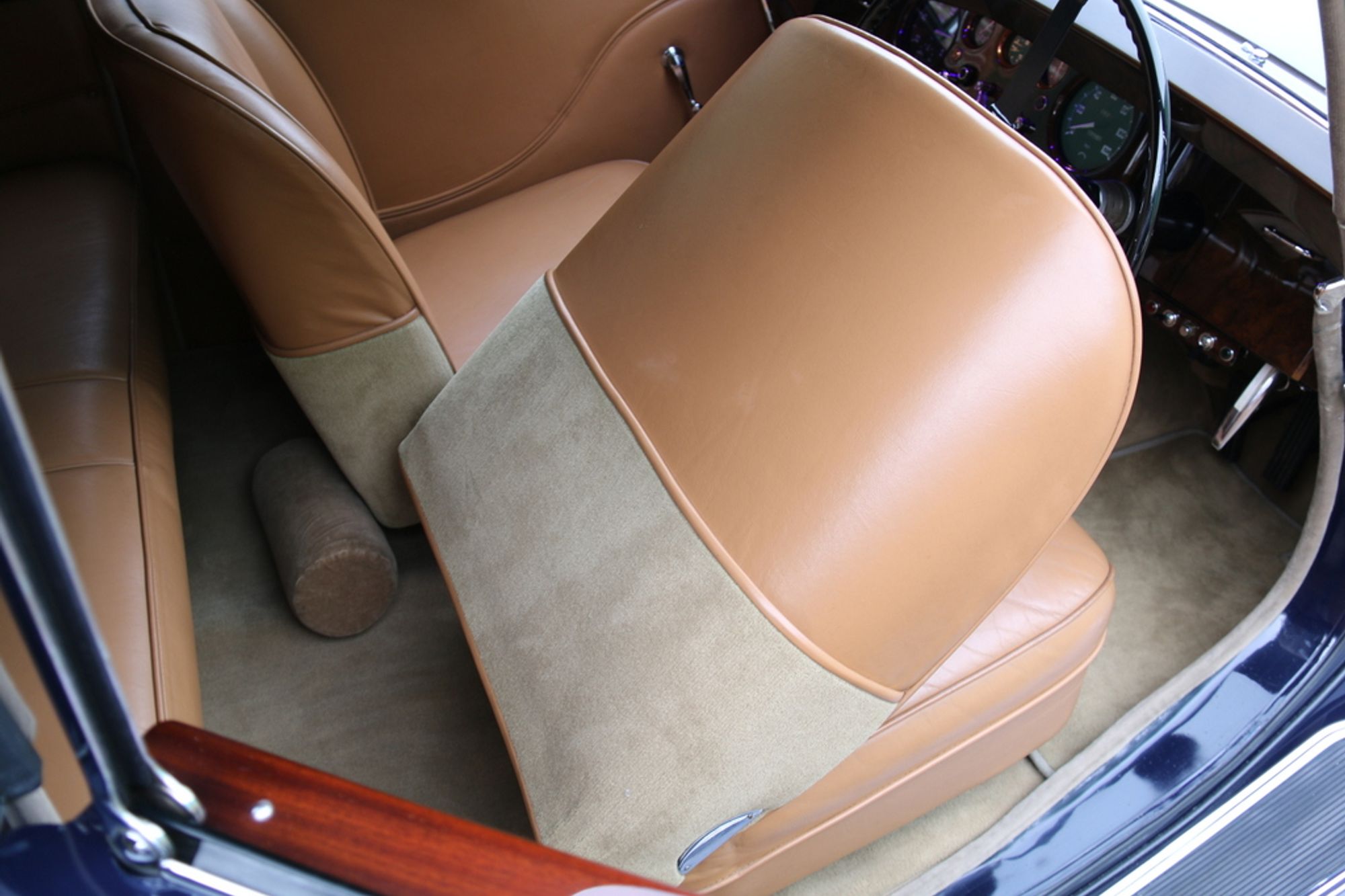 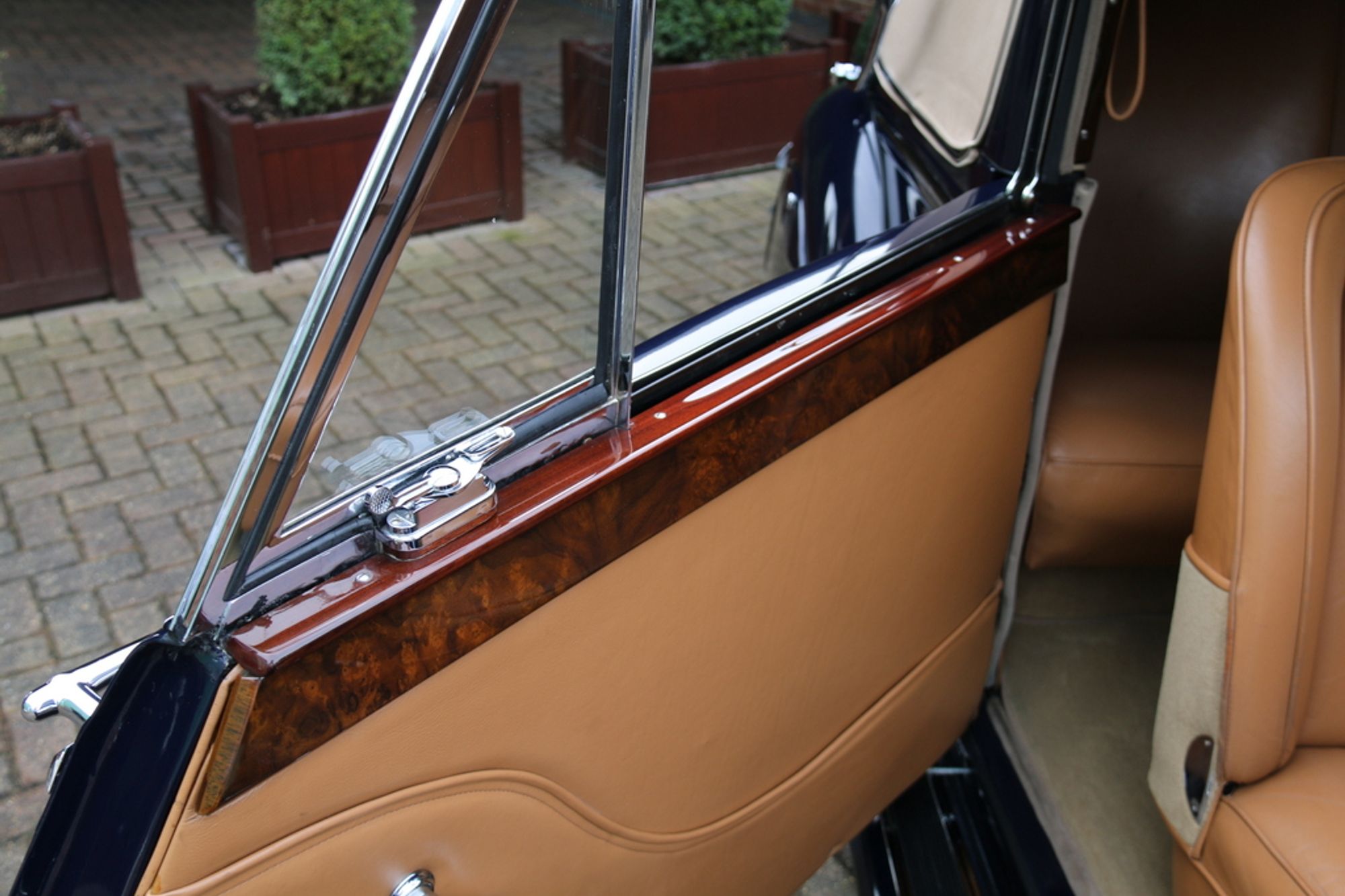 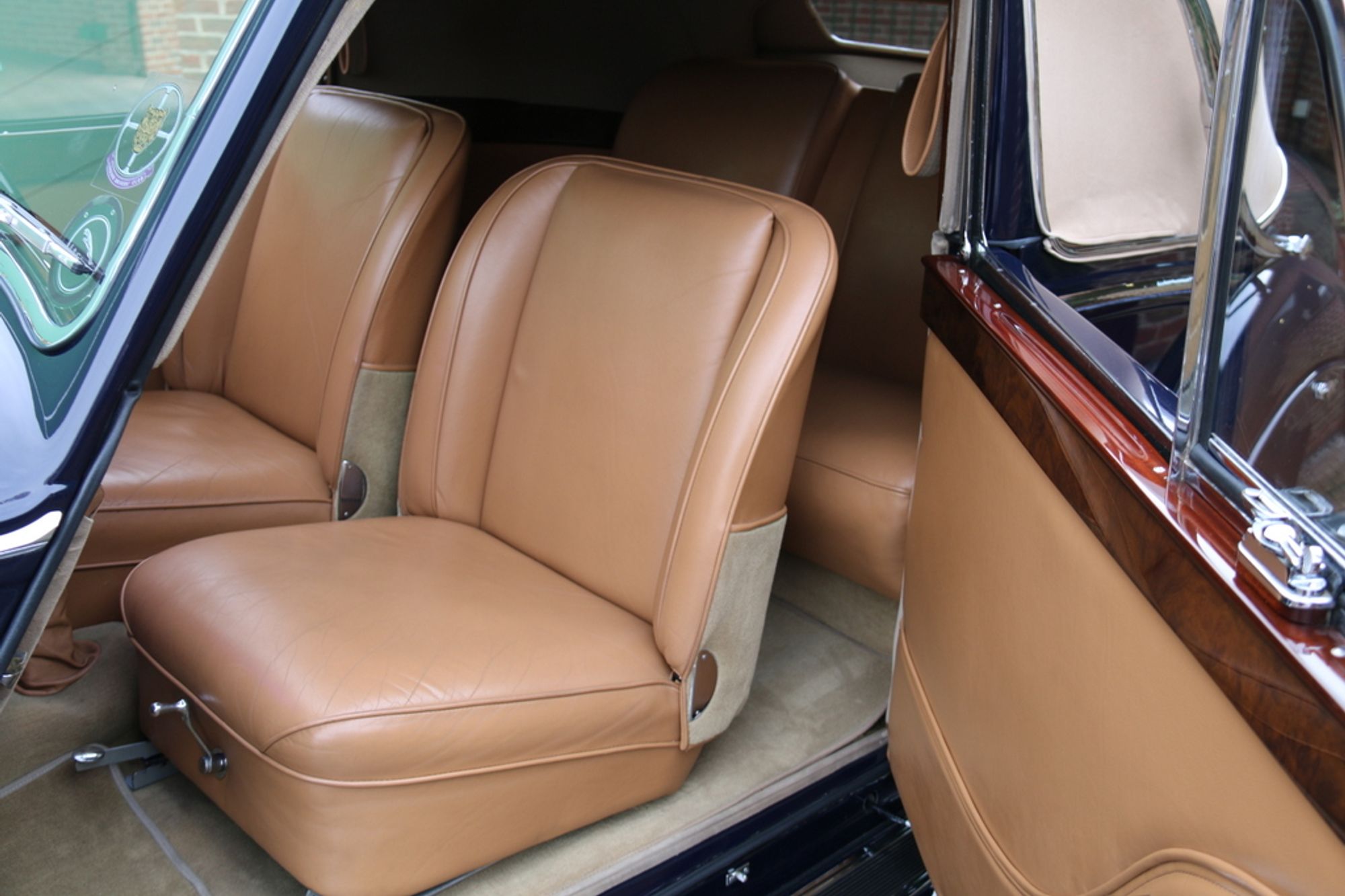 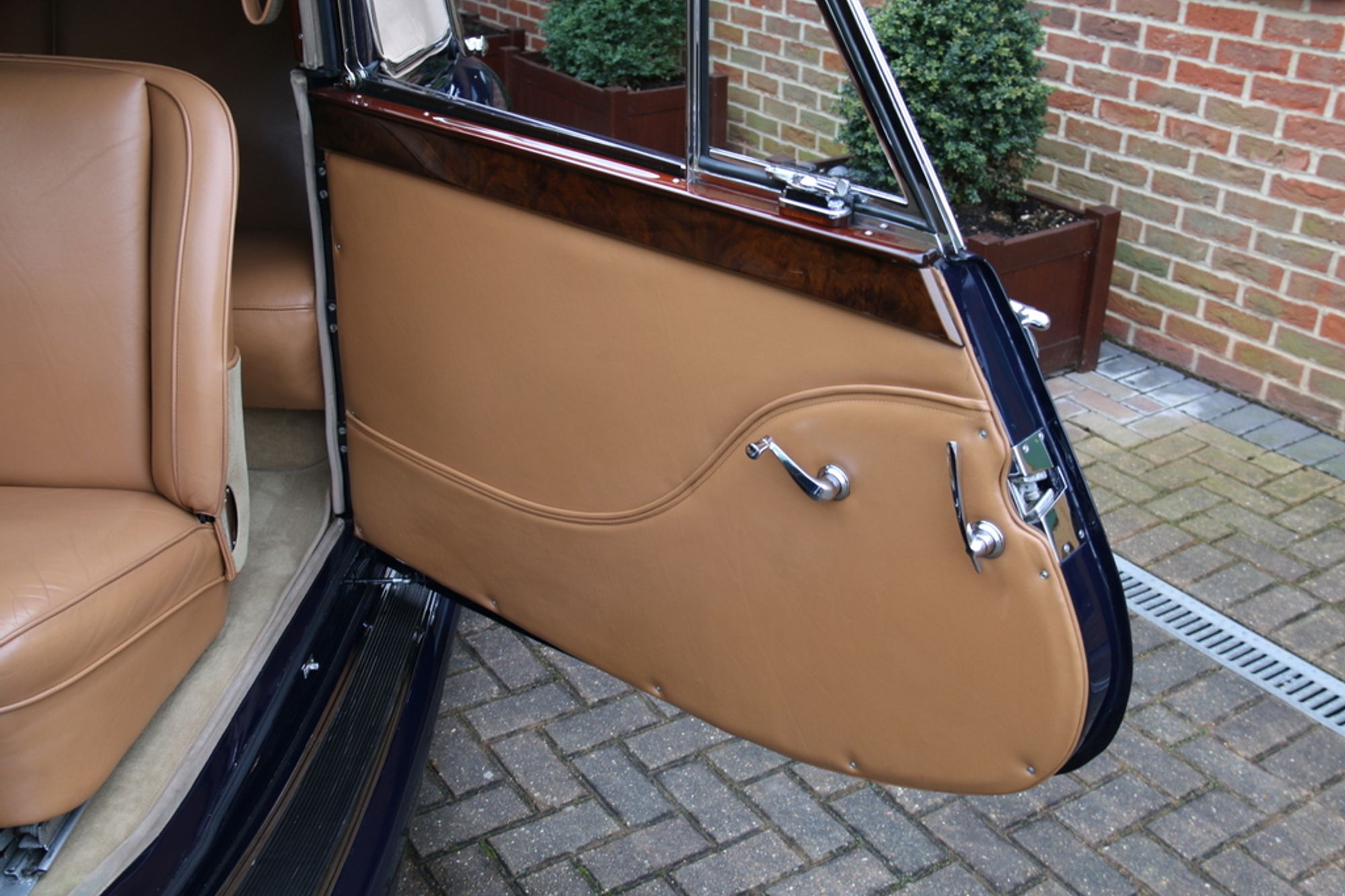 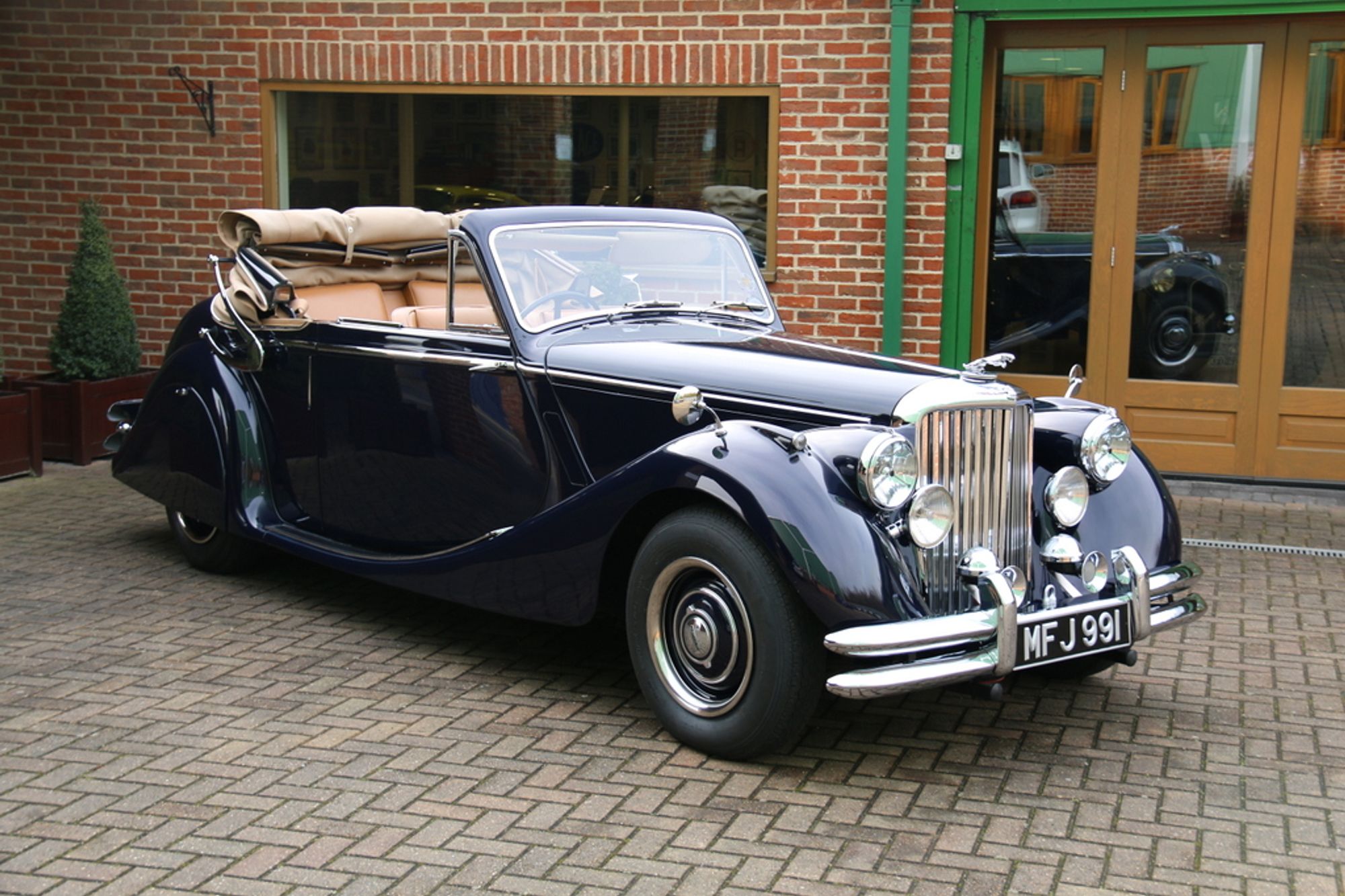 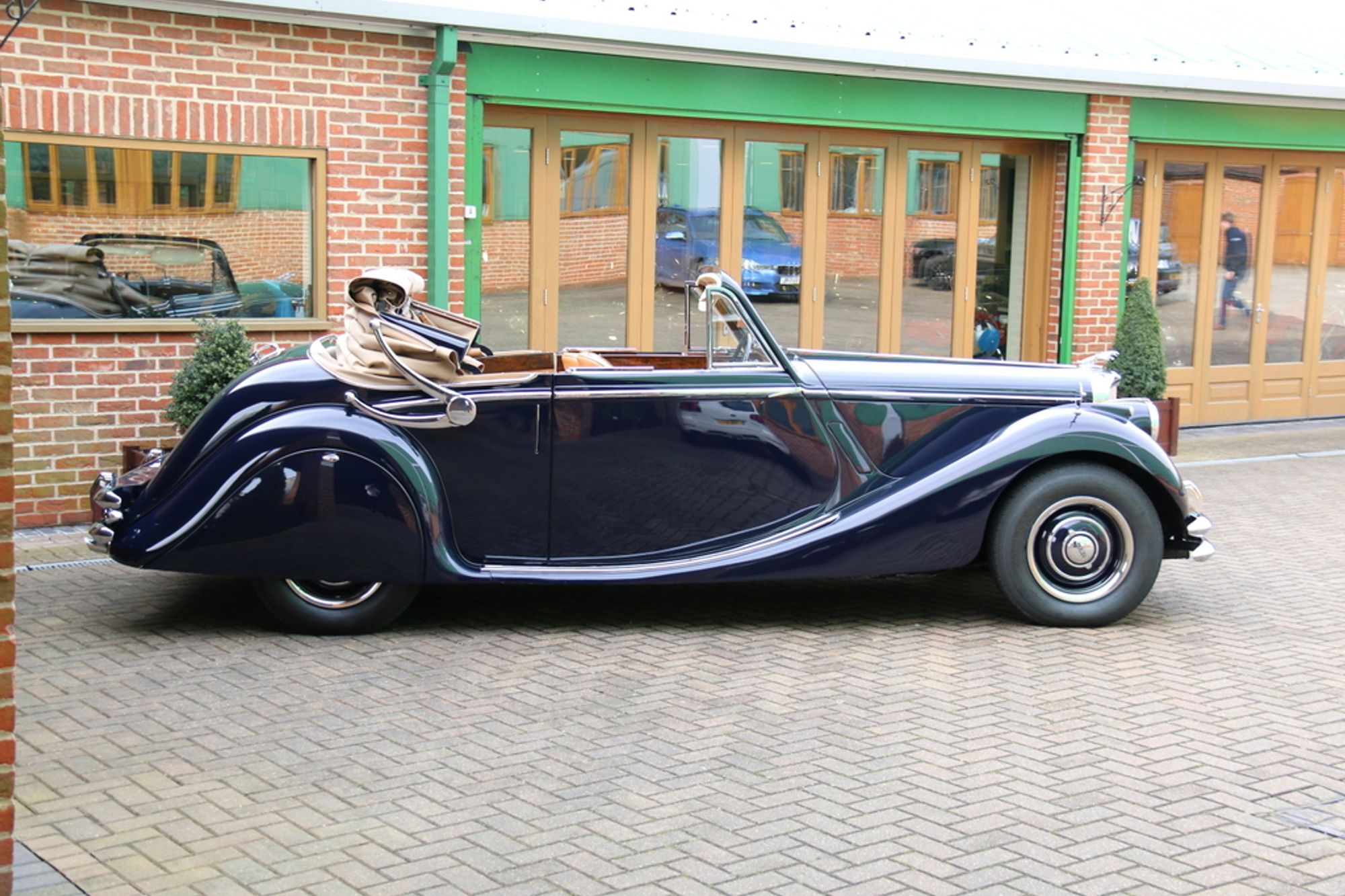 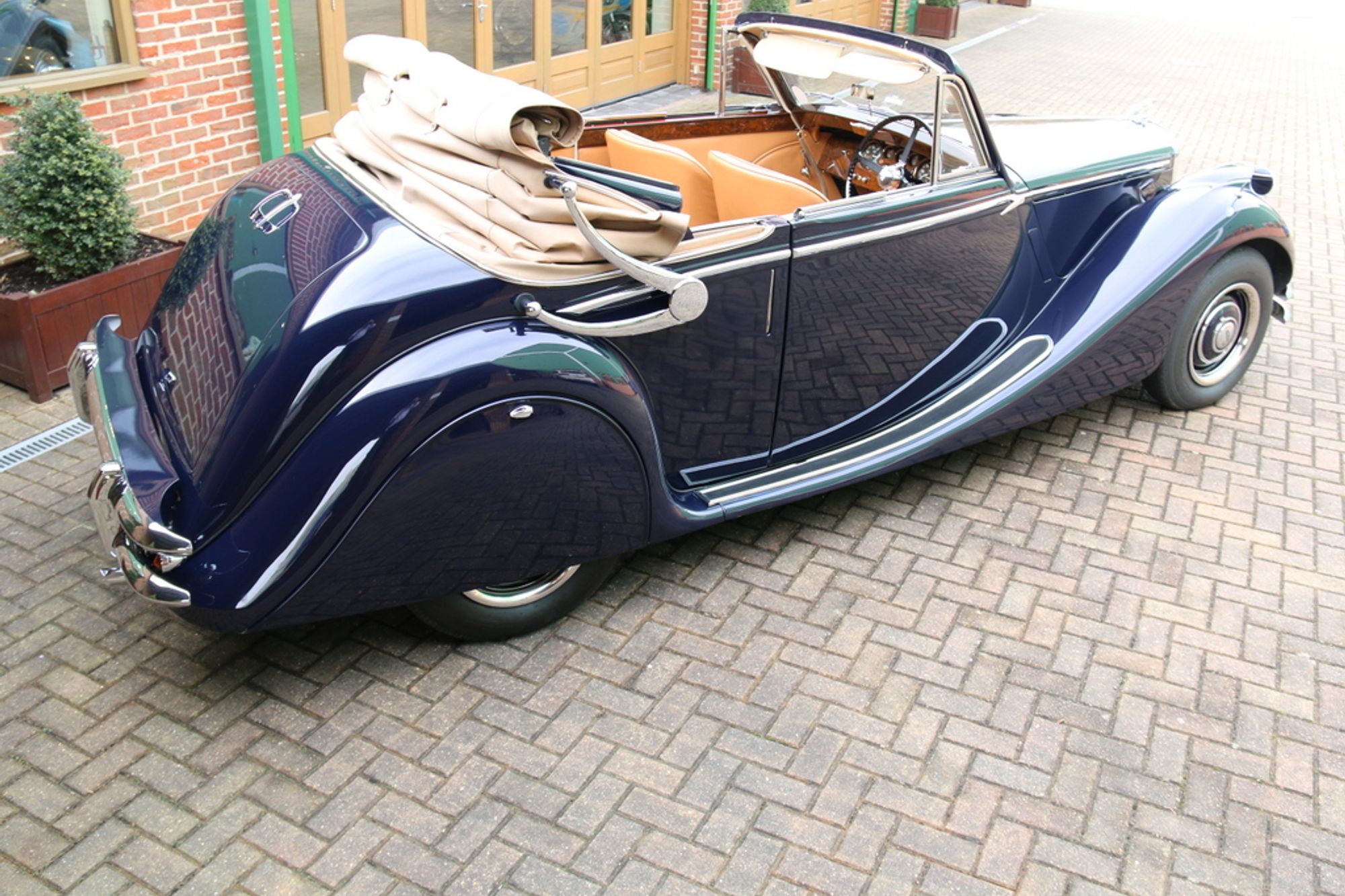 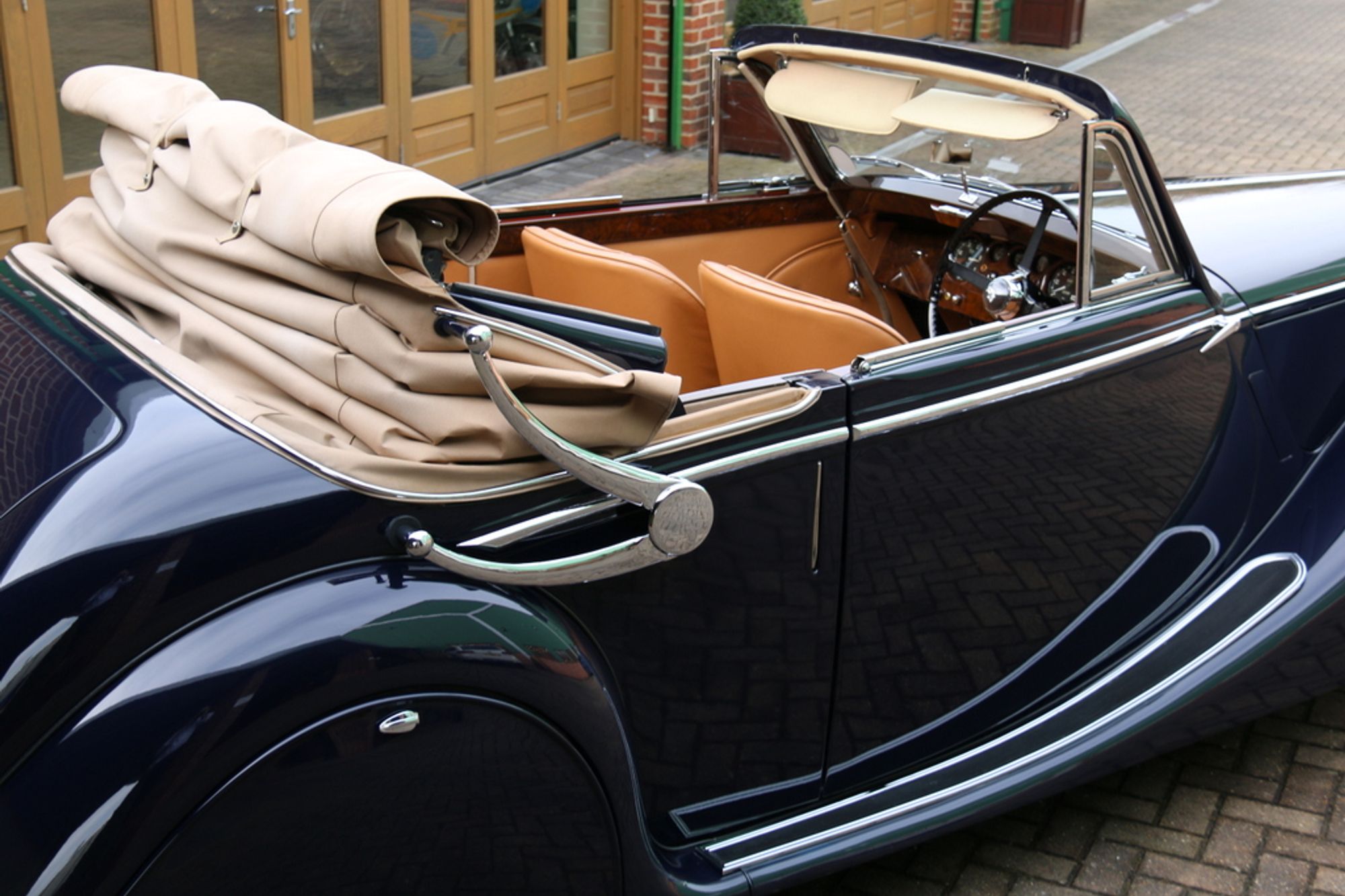 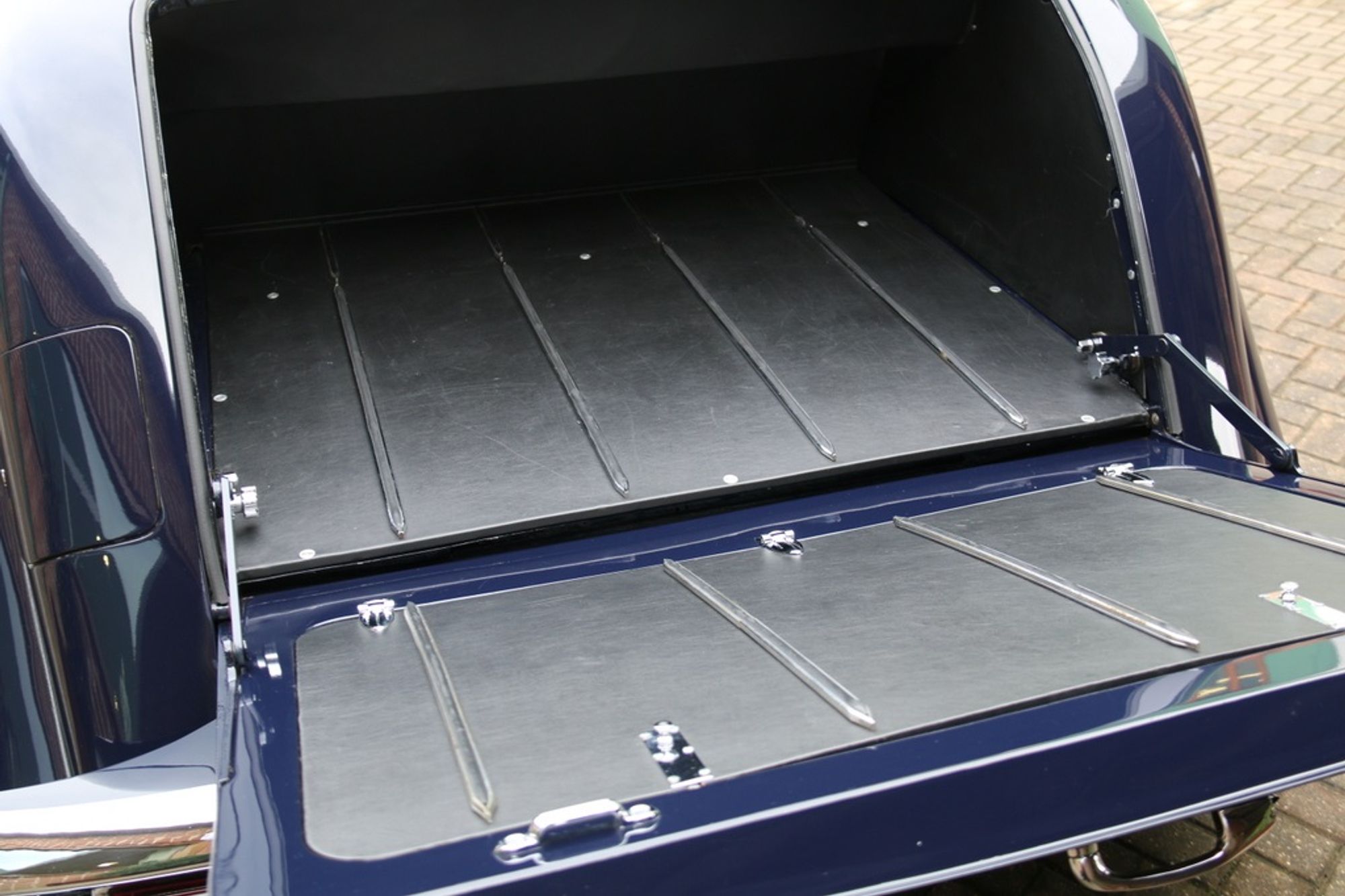 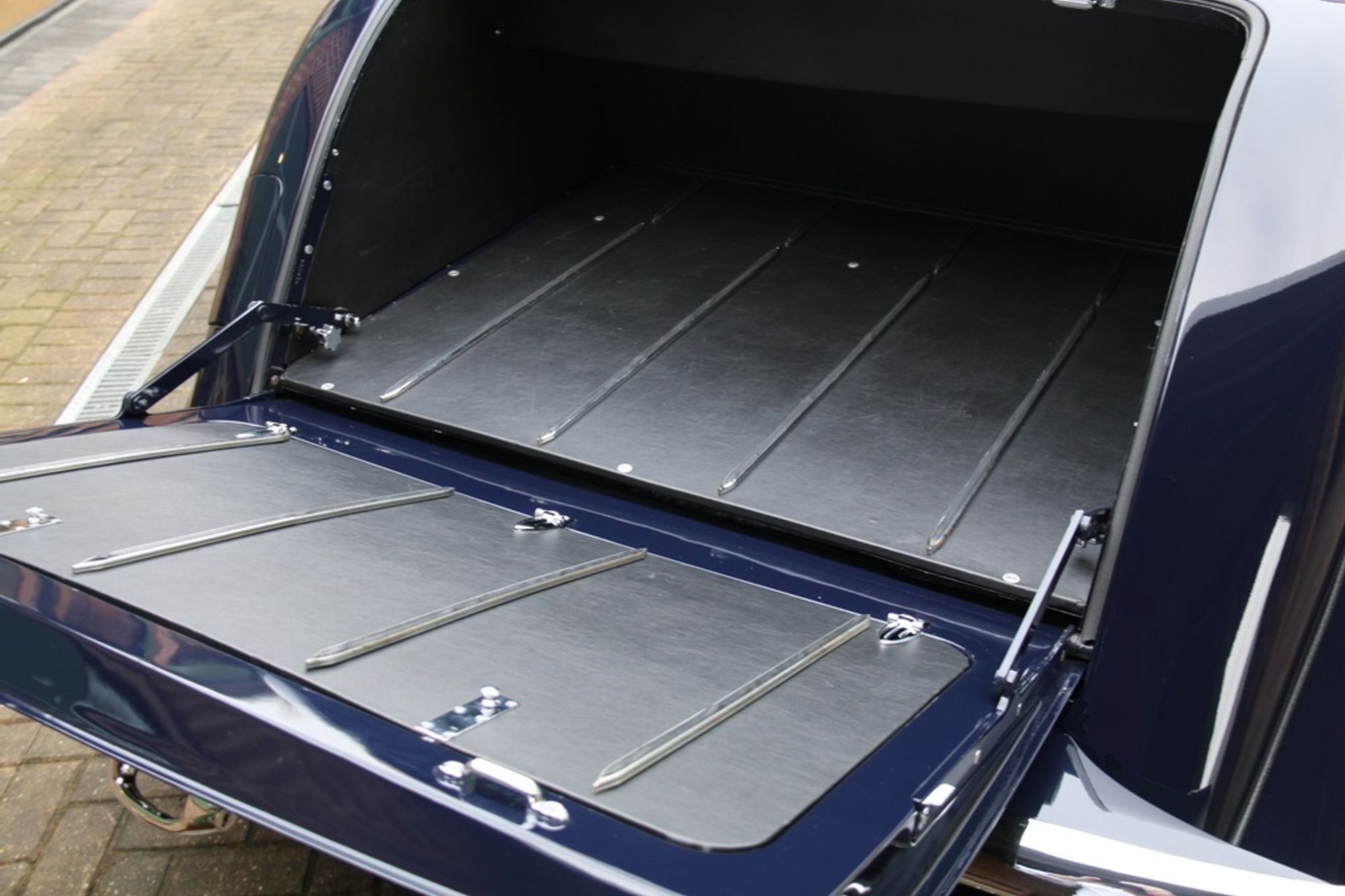 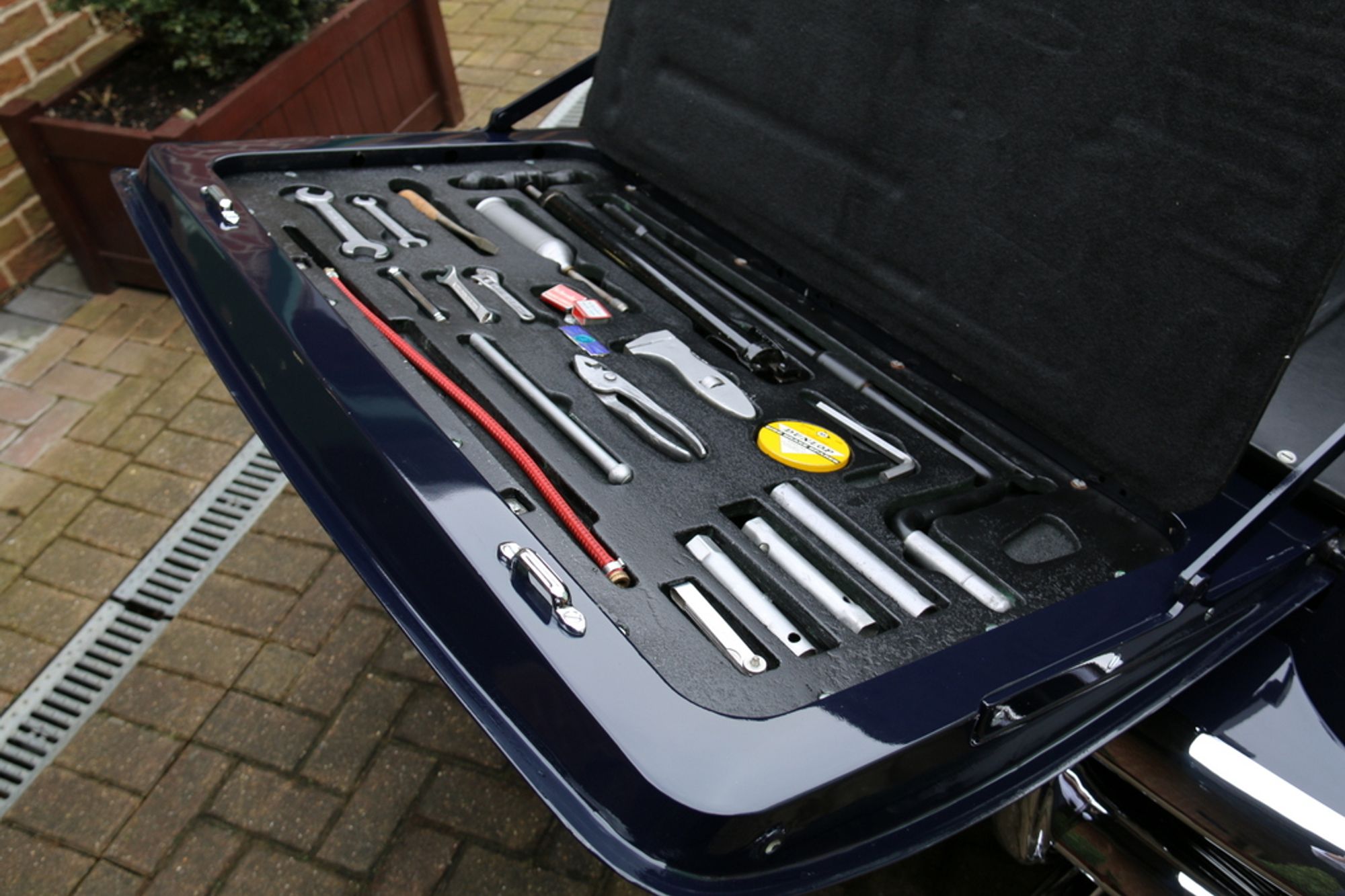 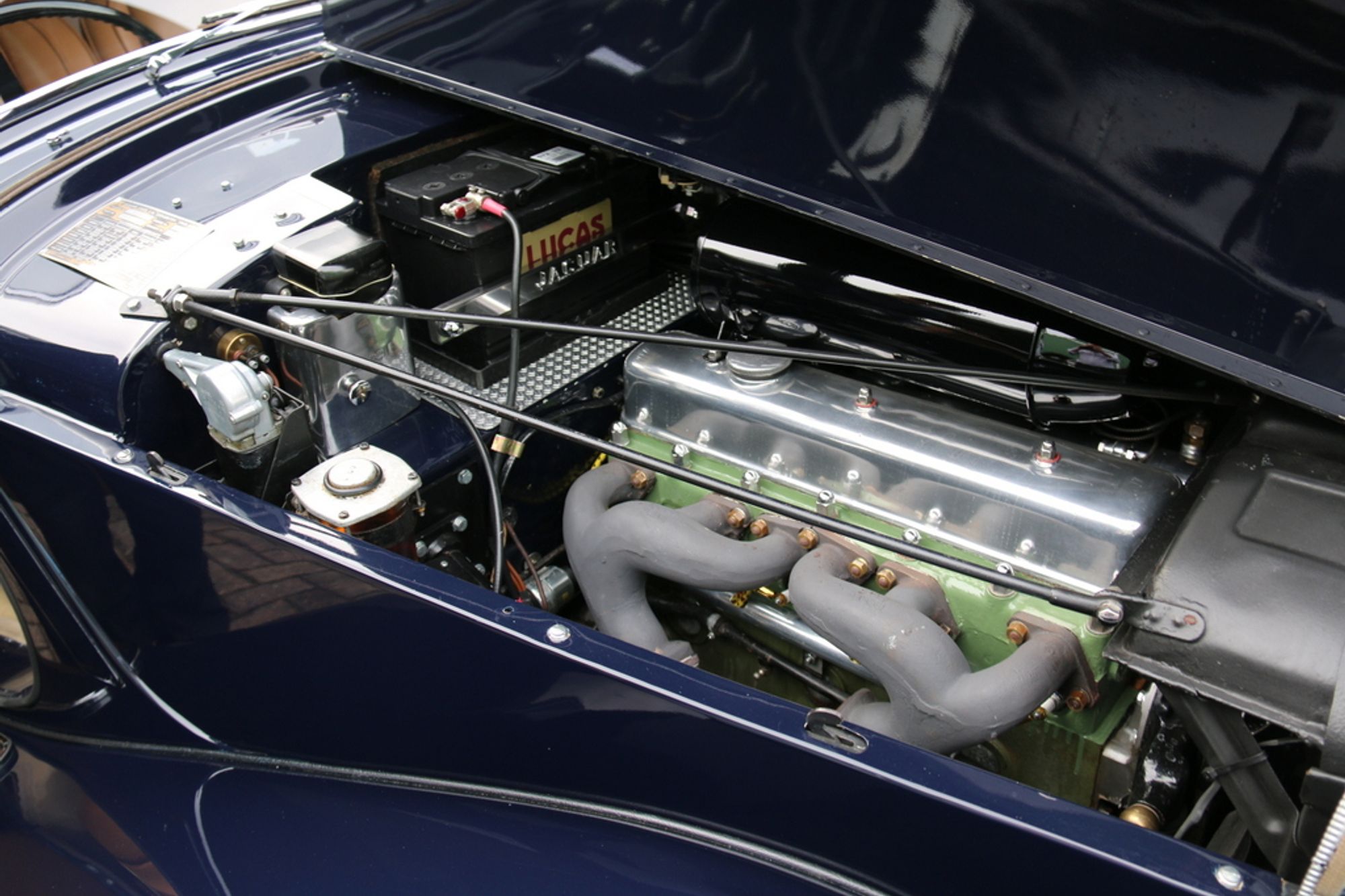 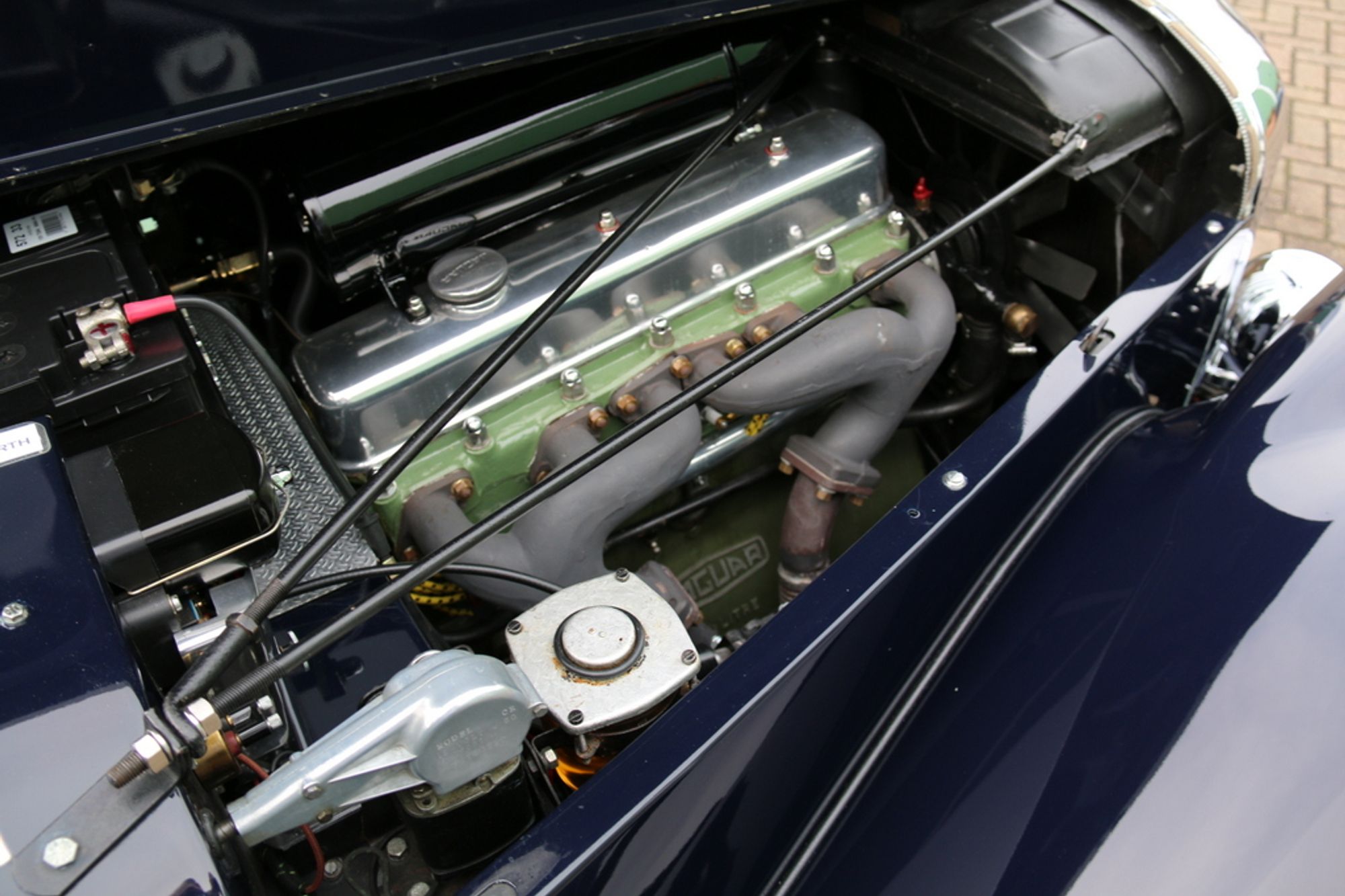 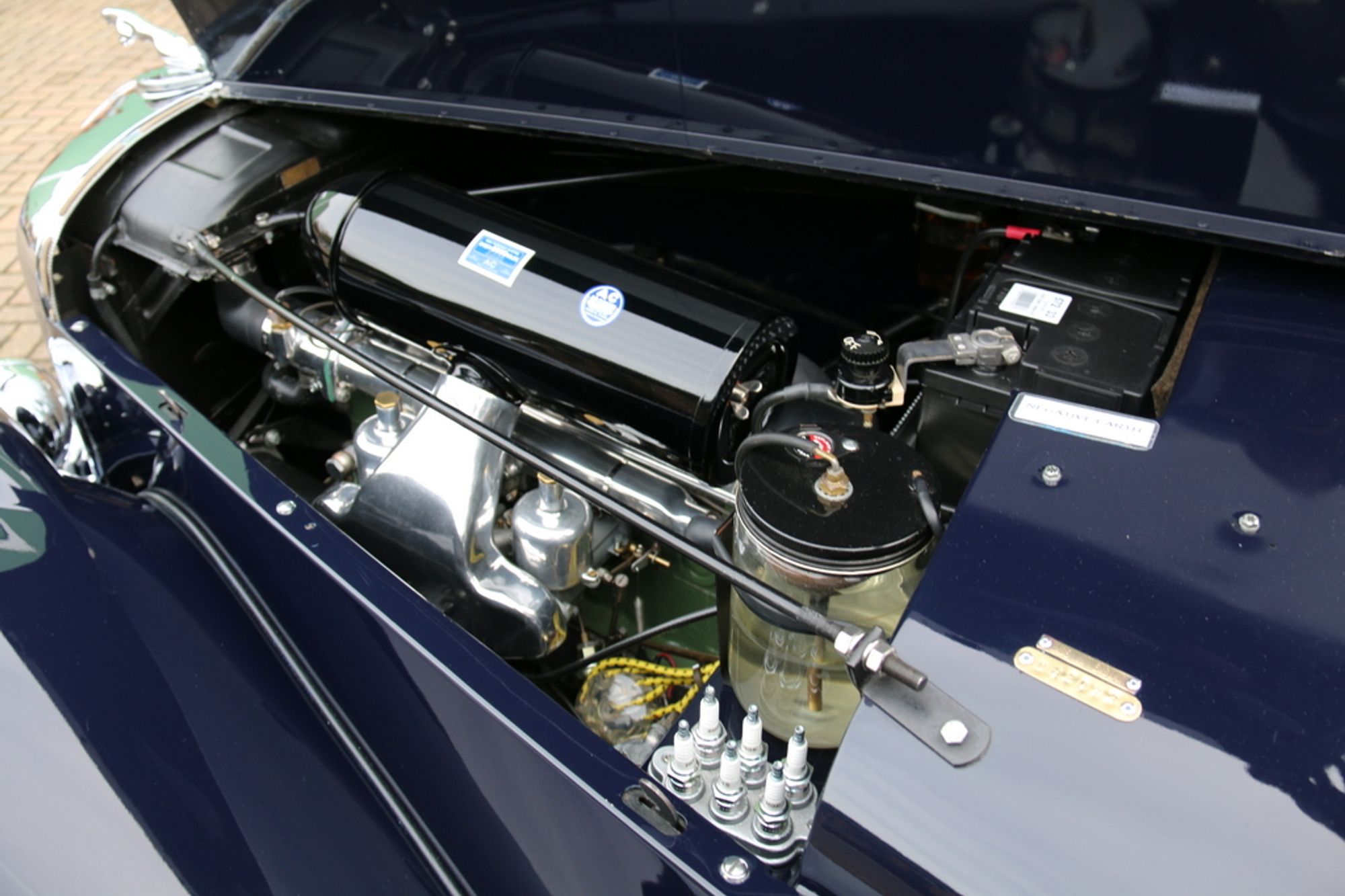 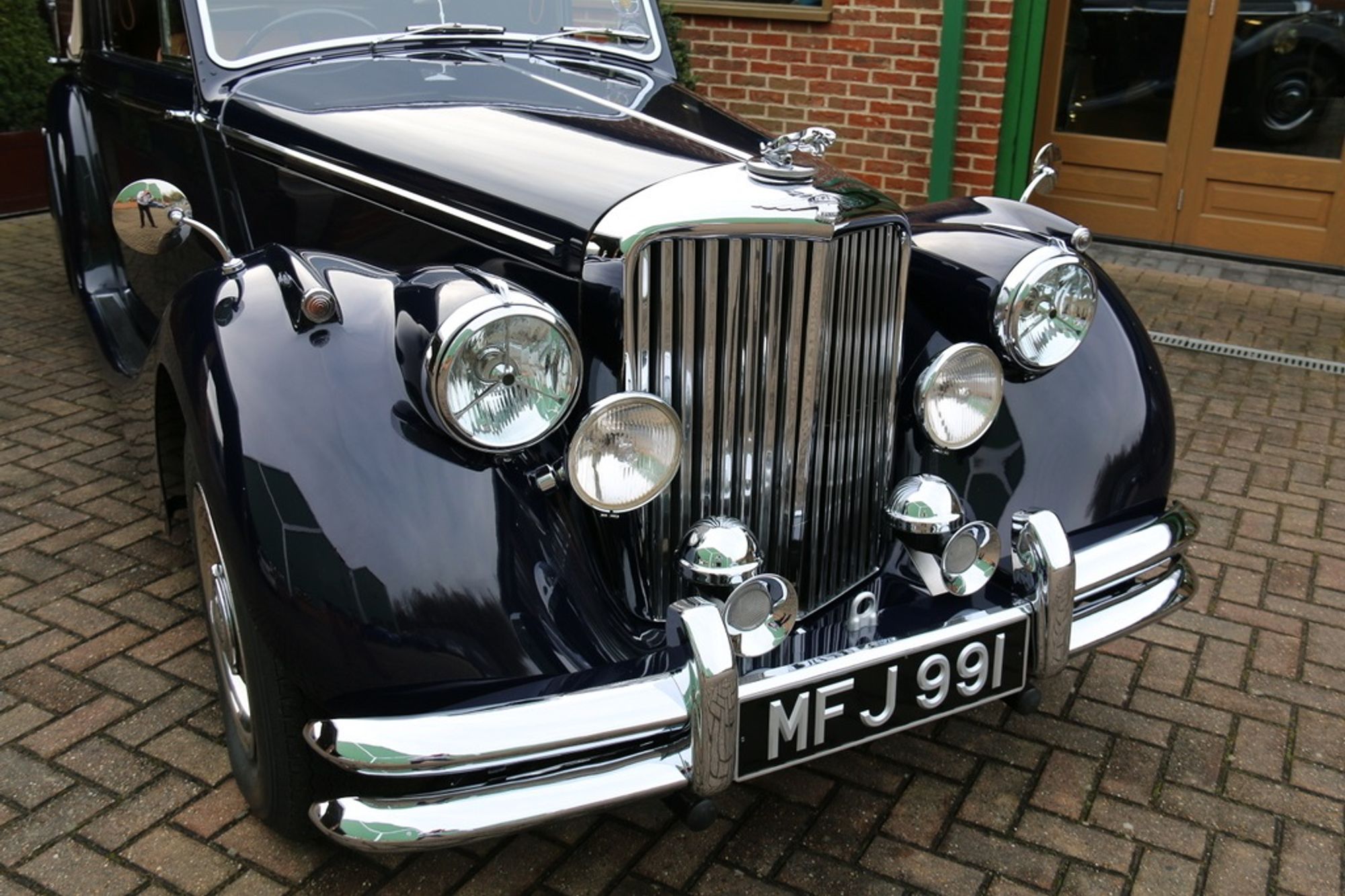 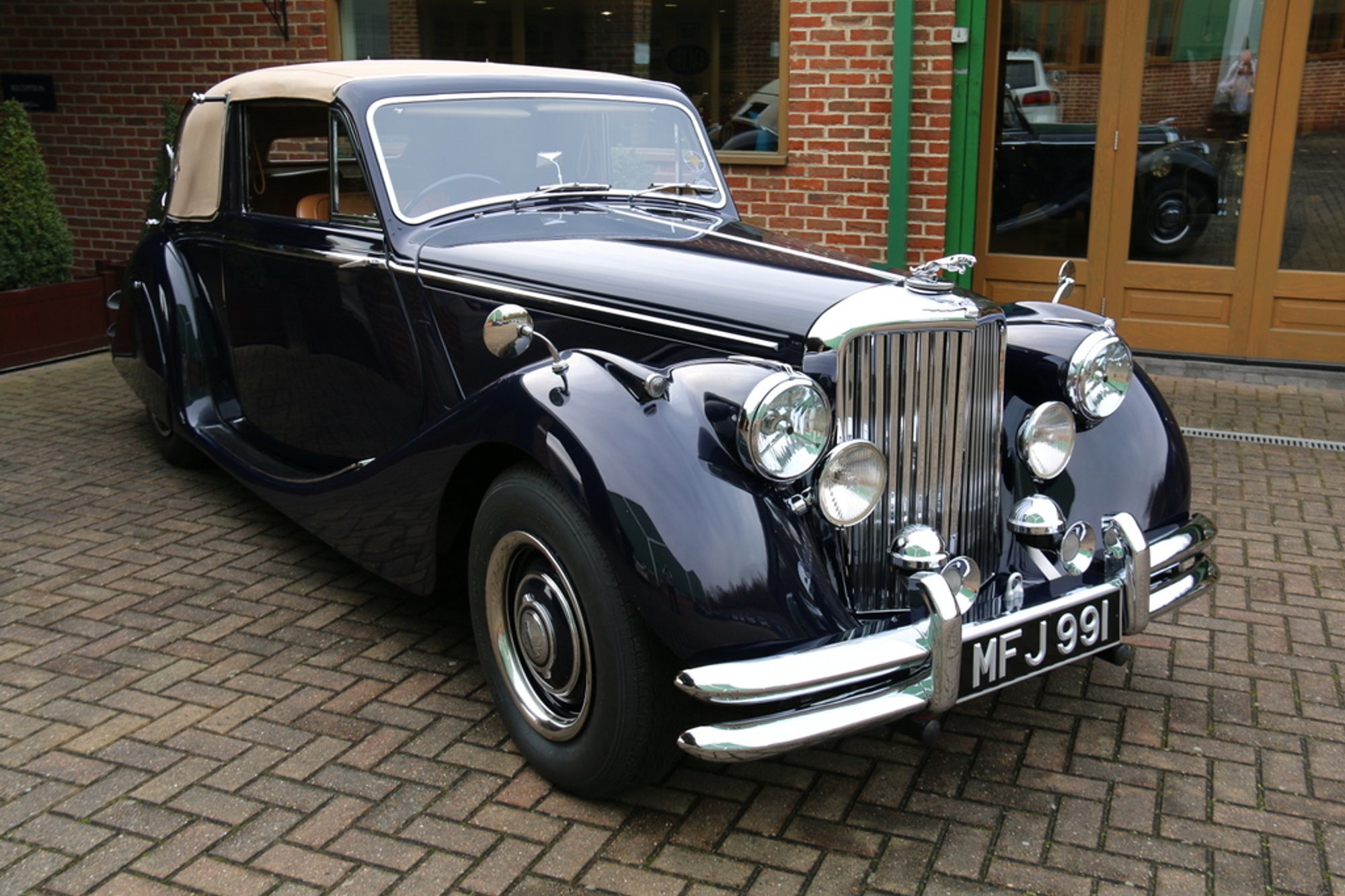