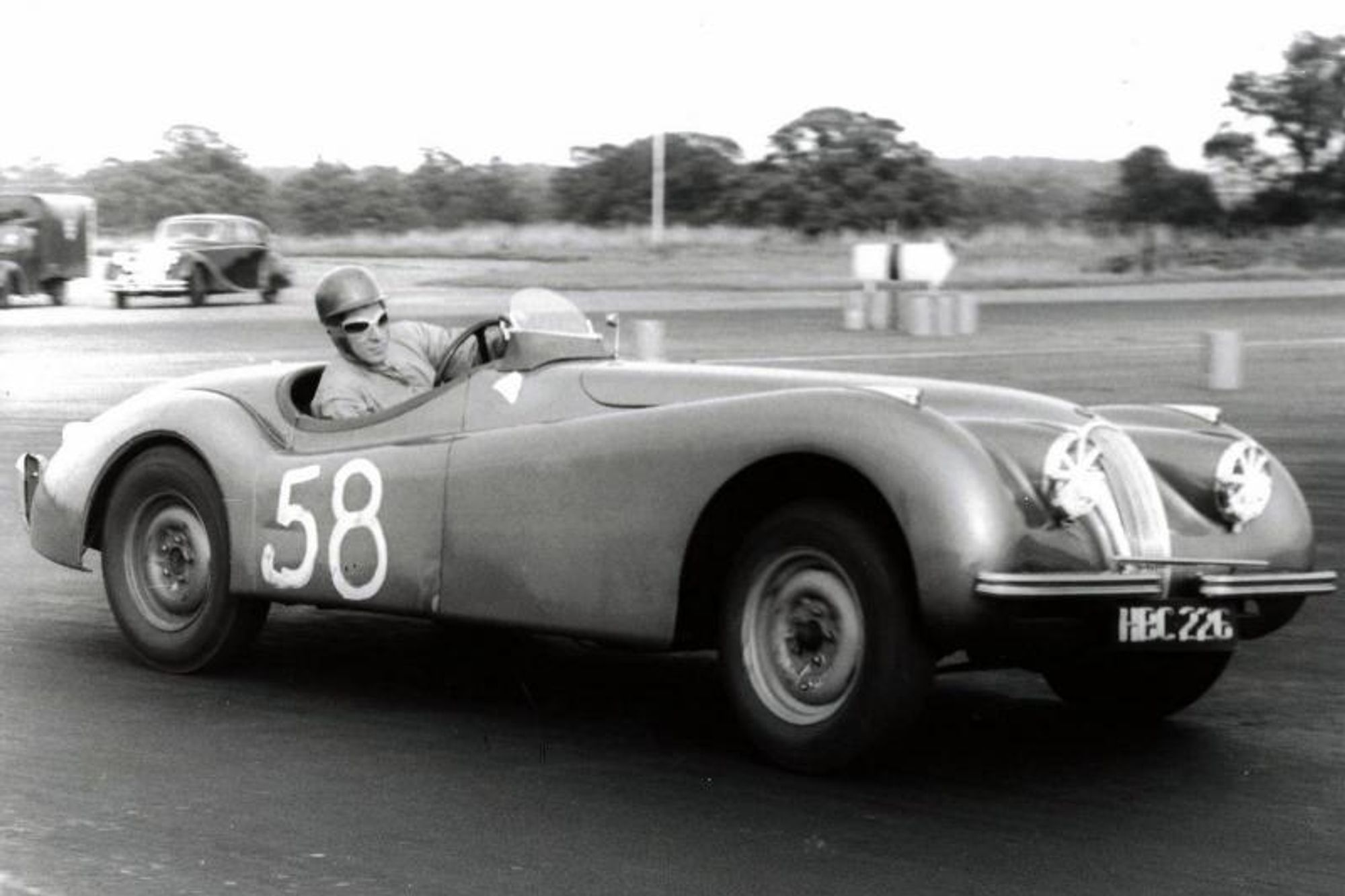 This early steel bodied roadster was manufactured on November 28th 1950 and was despatched by the original distributor Walter E Sturgess, of Leicester on the 6th December 1950 and duly registered HBC226.

While the first owner of HBC226 currently remains unknown, by the August of 1951 it was being regularly driven in competition by Roy Salvadori who was back in action just months after a serious accident at the Silverstone ‘Daily Express’ meeting that May.

Salvadori, originally a second–hand car salesman, had been eager to compete from a young age but his ambitions were frustrated by the onset of the Second World War. With the end of hostilities he began racing in 1946, starting with an MG and Brooklands Riley before moving onto Tazio Nuvolari’s 1935 German GP-winning Alfa Romeo and Bira’s Maserati 4CL. His career was progressing until the Silverstone accident where he had a near-fatal crash after hitting a marker drum and suffering a fractured skull and broken bones after being ejected from his somersaulting car. In spite of a lengthy hospital stay, Salvadori was keen to get back into the fray and the lack of viable car prompted him to switch from the damaged ‘Nash and acquire HBC226.

His first outing in the 120 was at Boreham on August 11th where he scored two podium finishes in the wet, coming 3rd in the National Unlimited race and 3rd in the William Lyons Trophy race behind Duncan Hamilton in LXF731 and Jim Swift in OVT325. Subsequently Salvadori bettered these results with 2nd places at Castle Combe and again at Silverstone in May of 1952. He returned to Boreham a month later and achieved yet more success, finishing second in the National Unlimited, William Lyons Trophy and Handicap races. Salvadori’s success in HBC226 did not go unnoticed and by 1953 he had started to drive for Connaught and achieved a second at the Nurburgring 1000km race, sharing a drive in the Ecurie Ecosse C-type with Ian Stewart. It was, however, with Aston Martin that perhaps his greatest win was achieved when he secured victory at Le Mans in 1959 with Carrol Shelby. As Salvadori went on to compete at the highest levels of the sport, HBC226 continued to compete at the UKs major circuits at the hands of another notable driver Peter Blond, who achieved a 3rd in the over 2 litre race at Silverstone in September of 1952. Blond would also go on to greater things driving C-type, D-type, HWM and Lister Jaguars at Goodwood in the mid-to-late 50s and being elected to the BRDC in 1956.

By 1955 HBC226 had been repainted white and was being offered for sale by Performance Cars Ltd of Middlesex. Thereafter it entered a period of prolonged storage before being acquired by JD Classics in 2008 when it benefitted from a full chassis-off restoration to current FIA competition specification with full JD Classics race upgrades. Since that time it has successfully returned to competition achieving strong finishes at Donington, Brands Hatch and in the Le Mans Classic during 2012 as well finishing the Mille Miglia twice in 2013 and 2014. Maintained regardless of cost this highly significant XK120 is now undergoing a total JD Classics re-fresh in anticipation of next year’s Mille Miglia and the 2017 racing season. Offered in its original colour scheme with extensive history file and full FIA HTP papers it provides a very rare opportunity to own a genuine period race car with superb provenance. 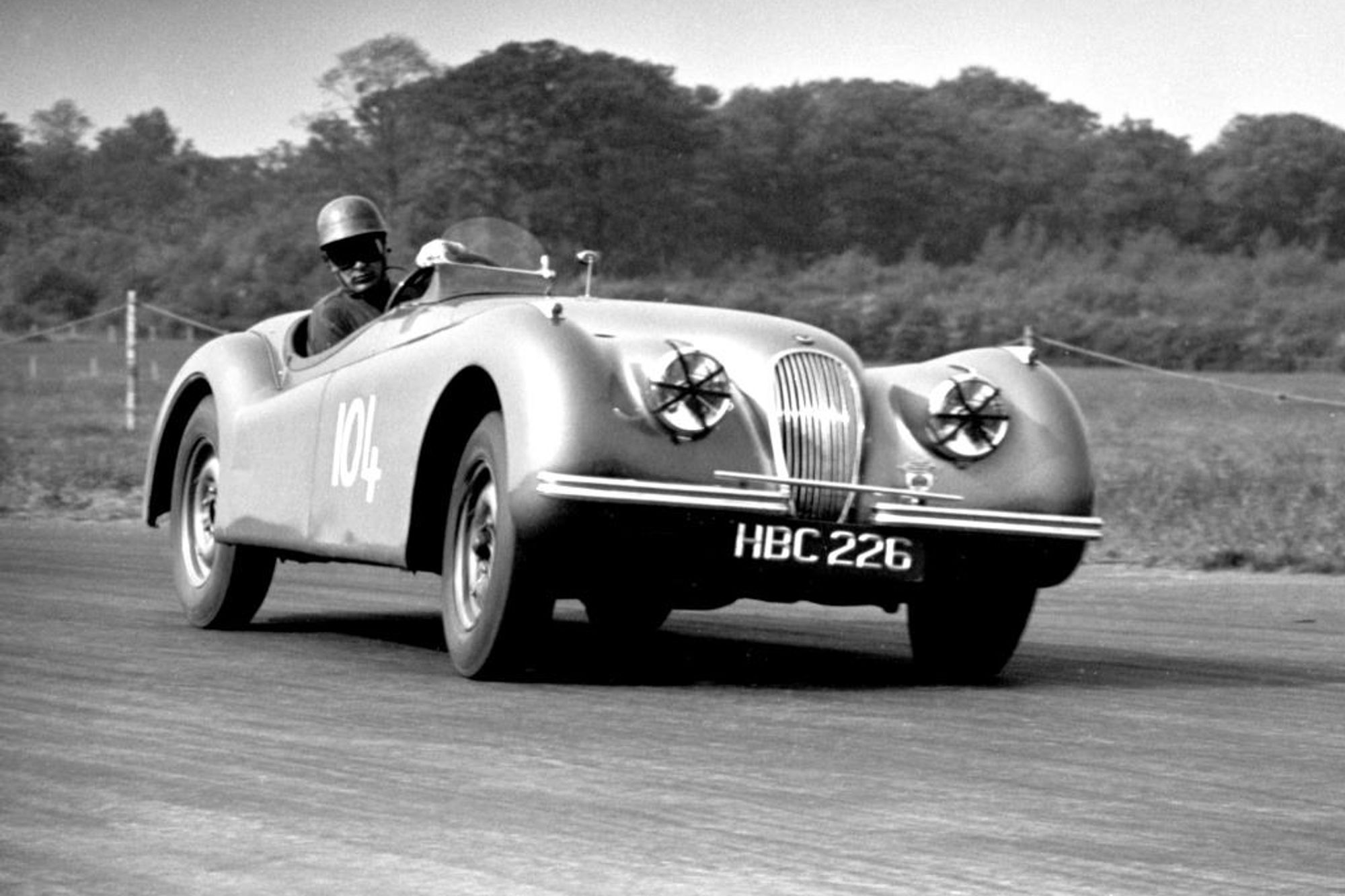 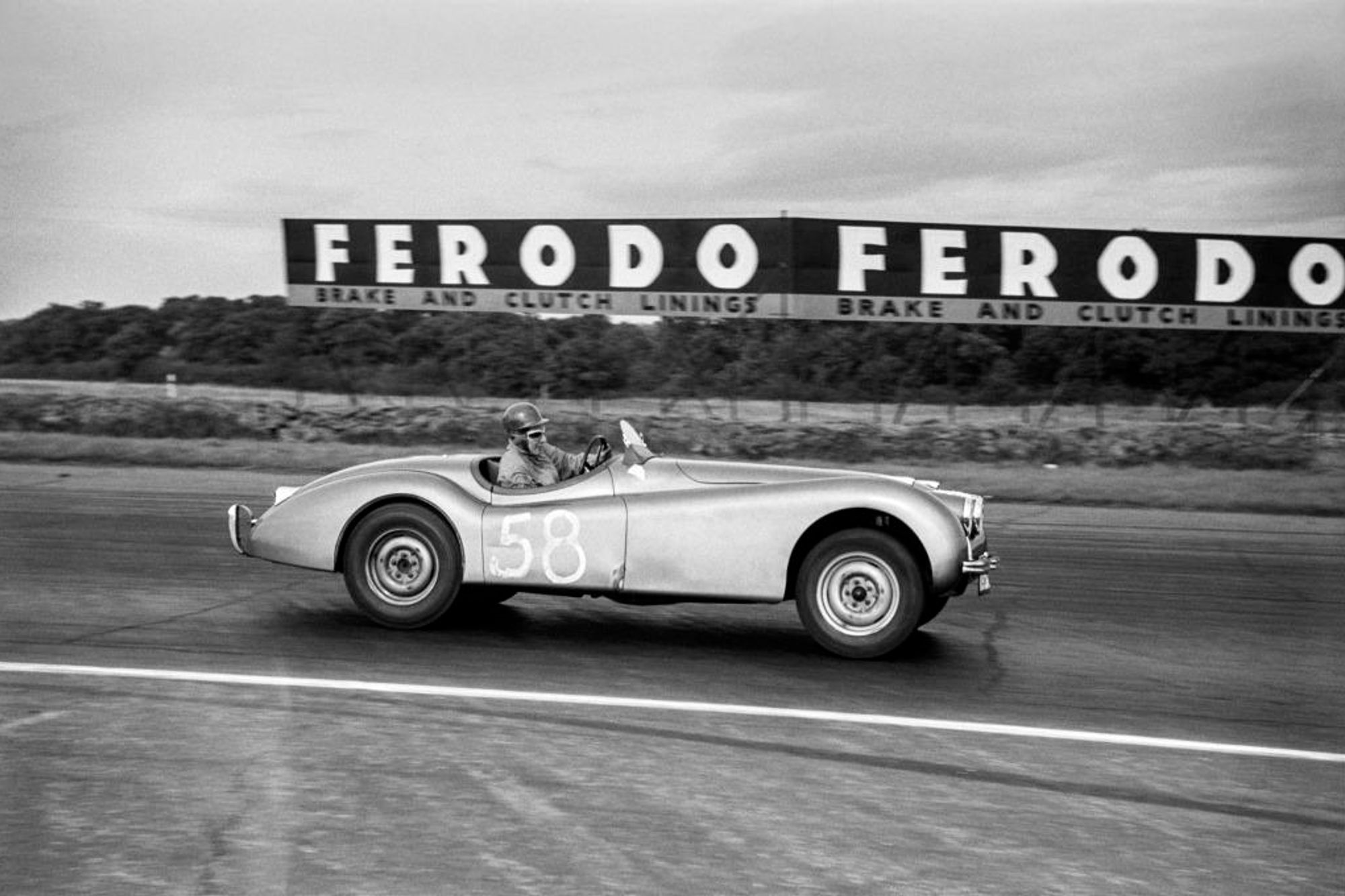 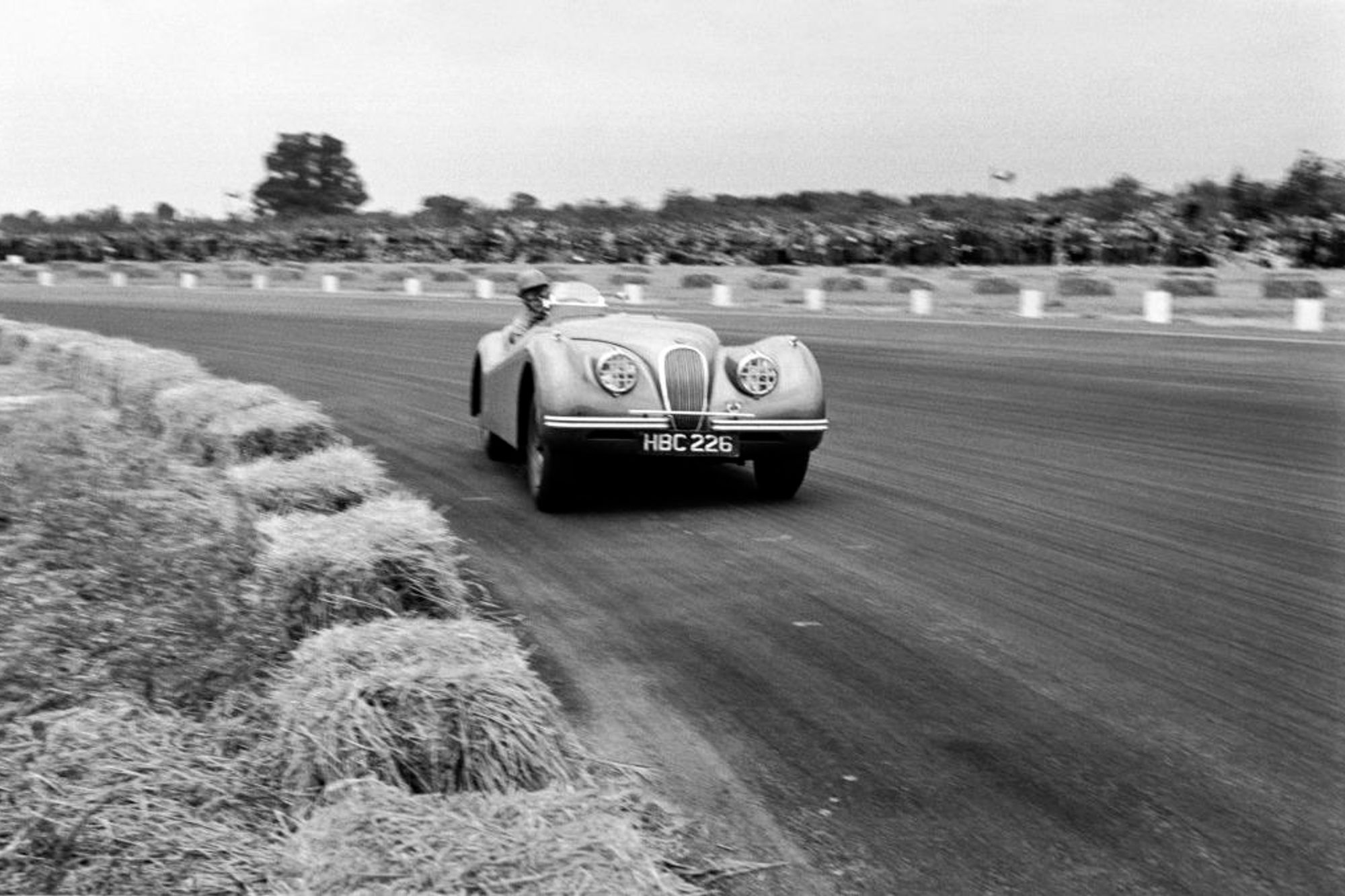 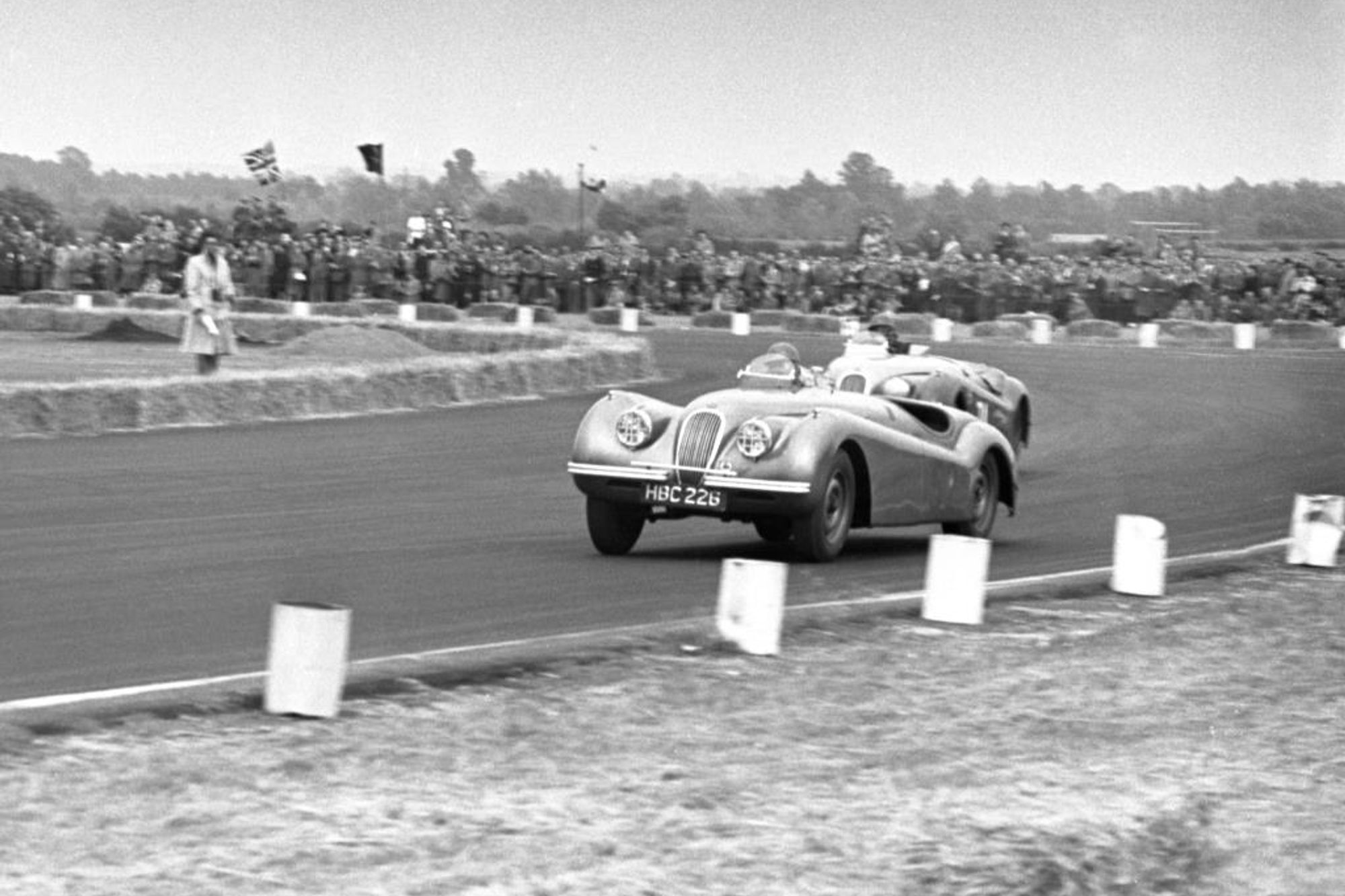 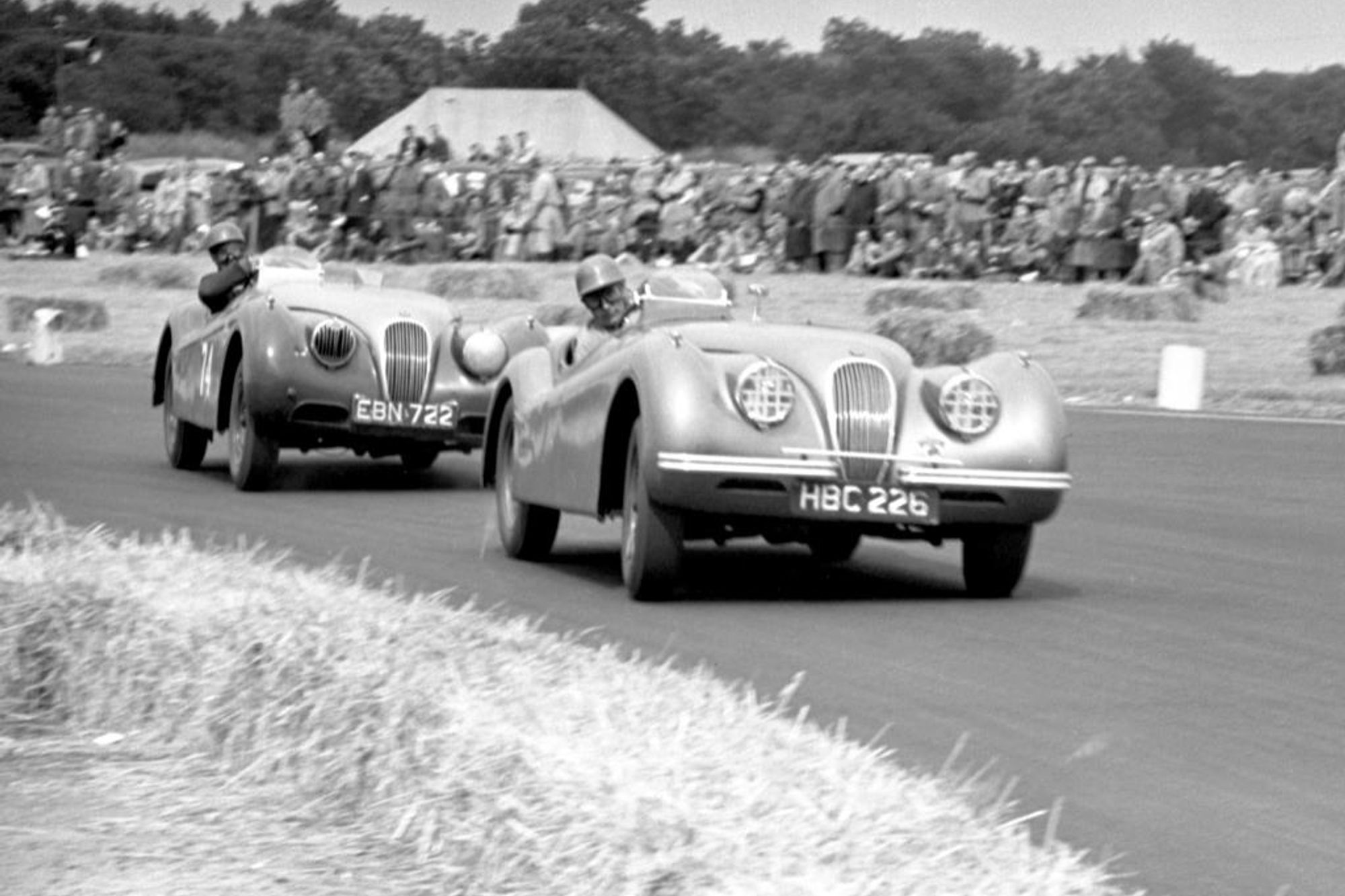 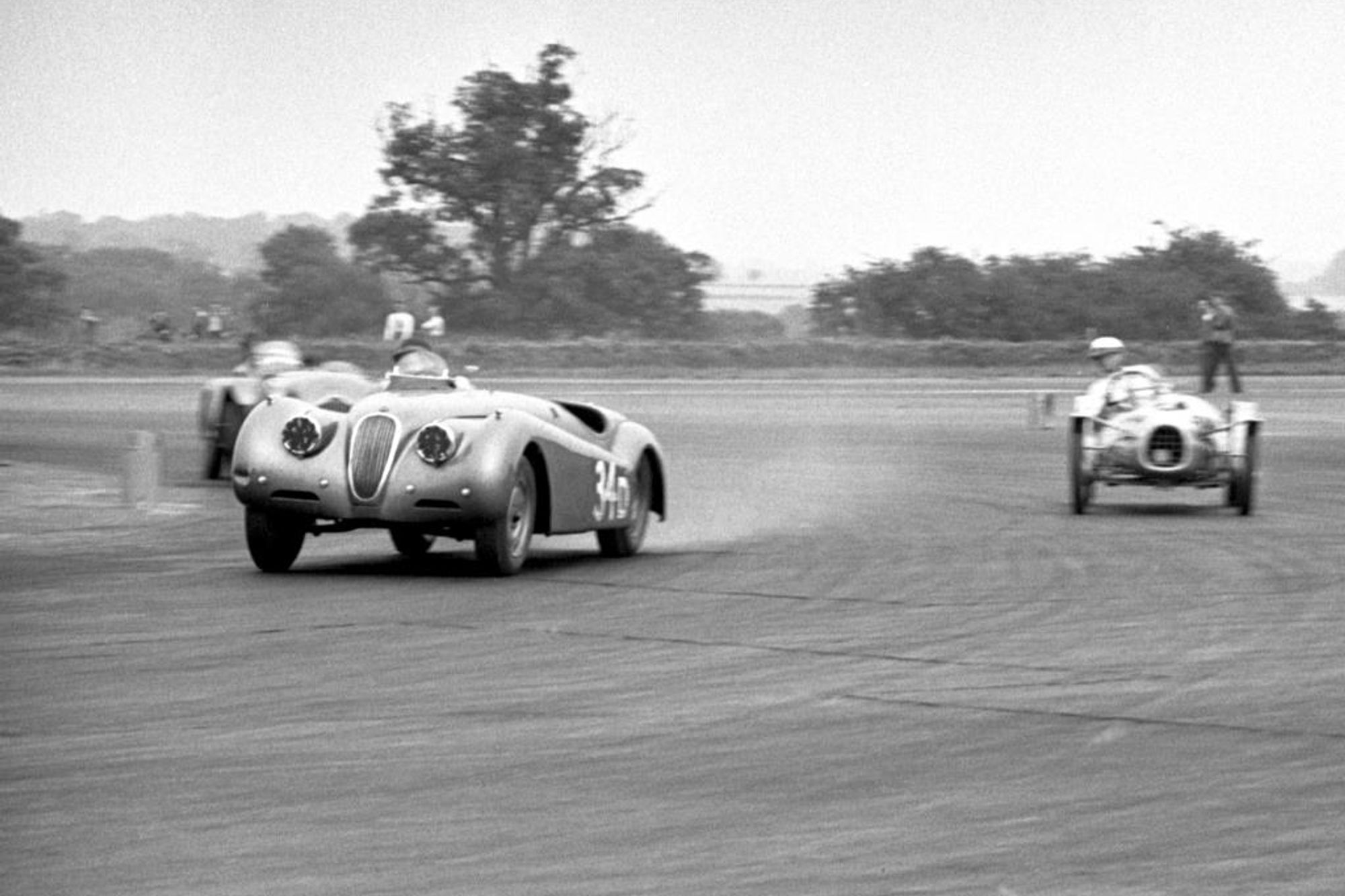 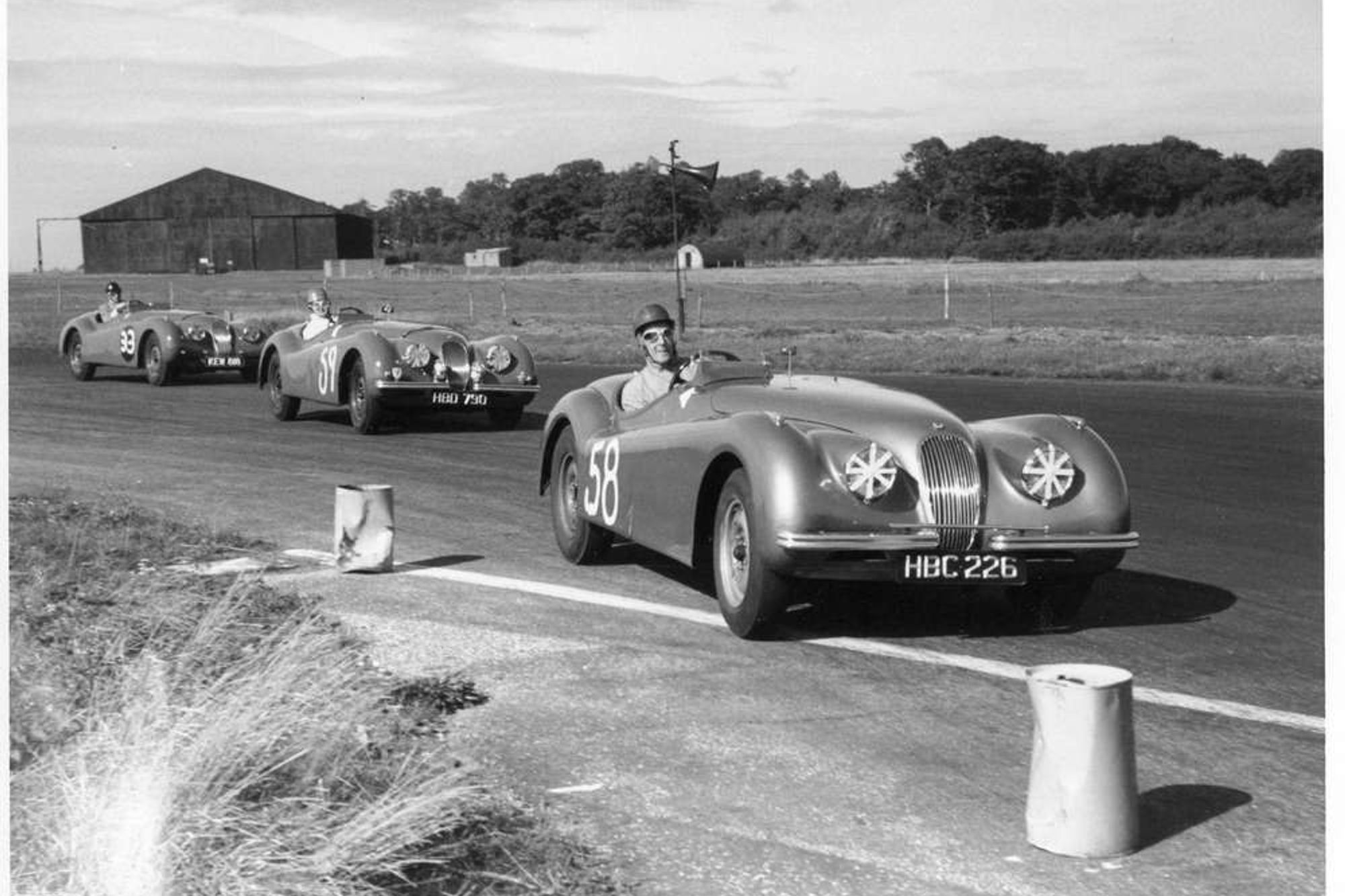 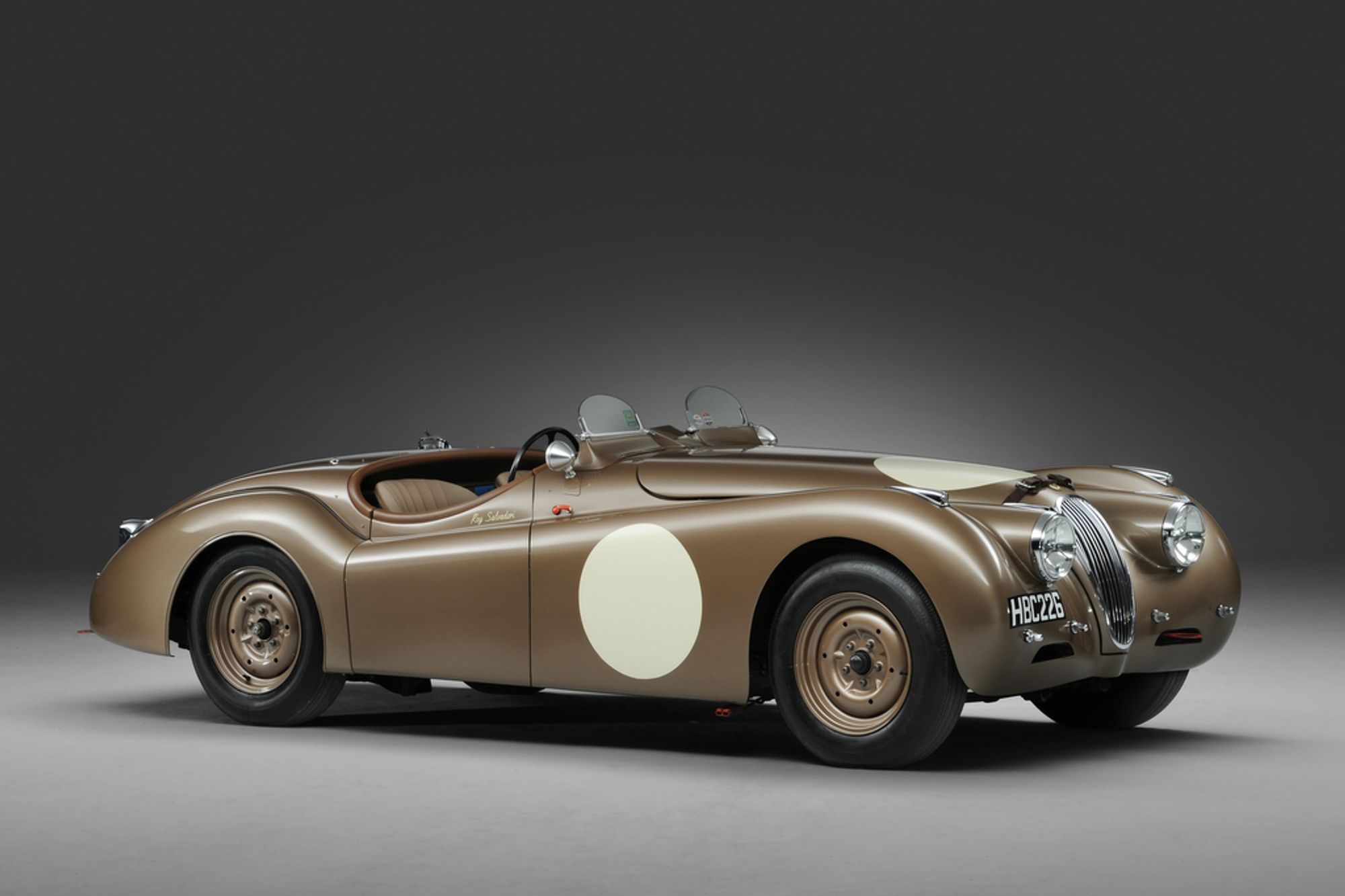 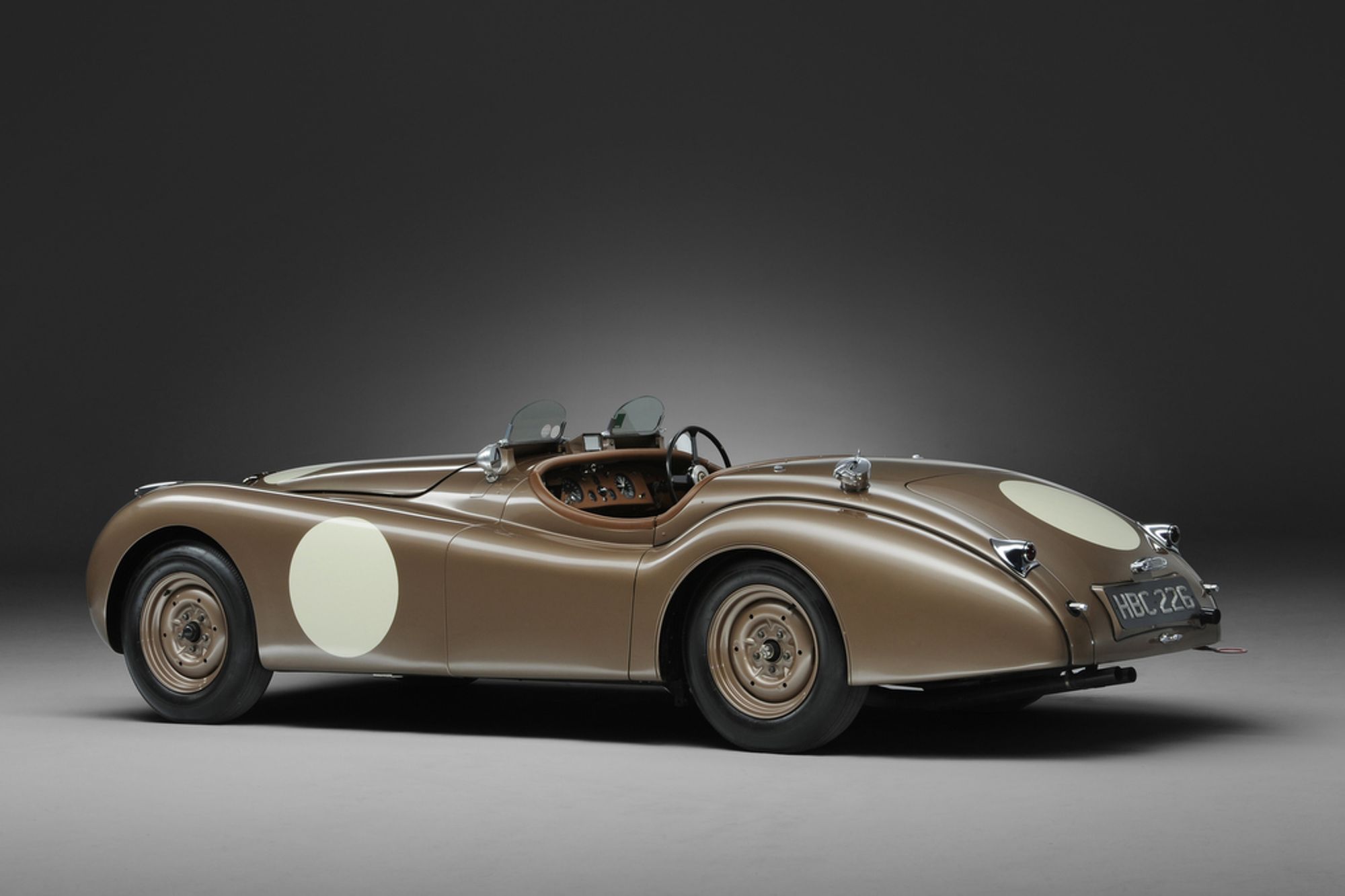 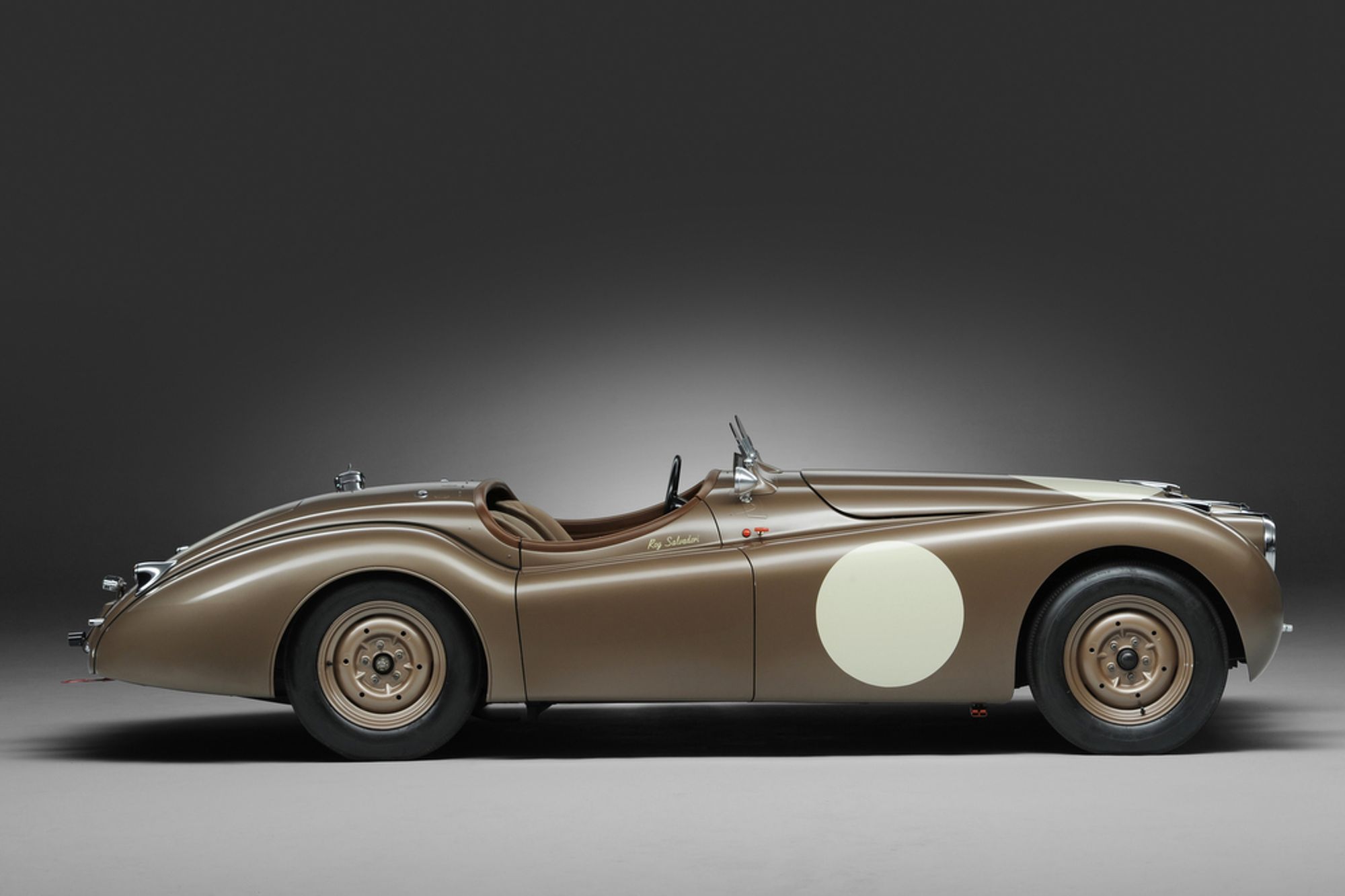 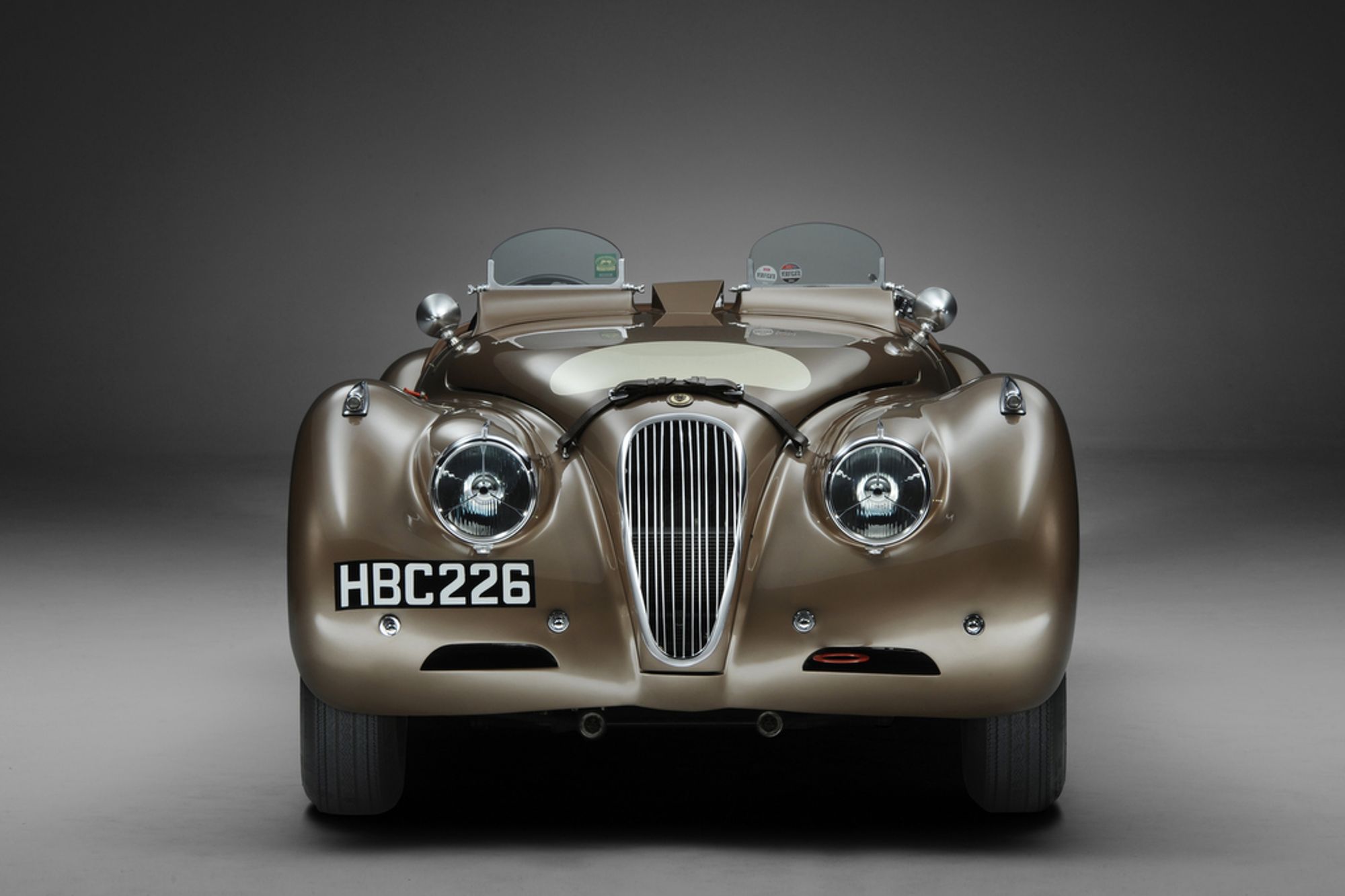 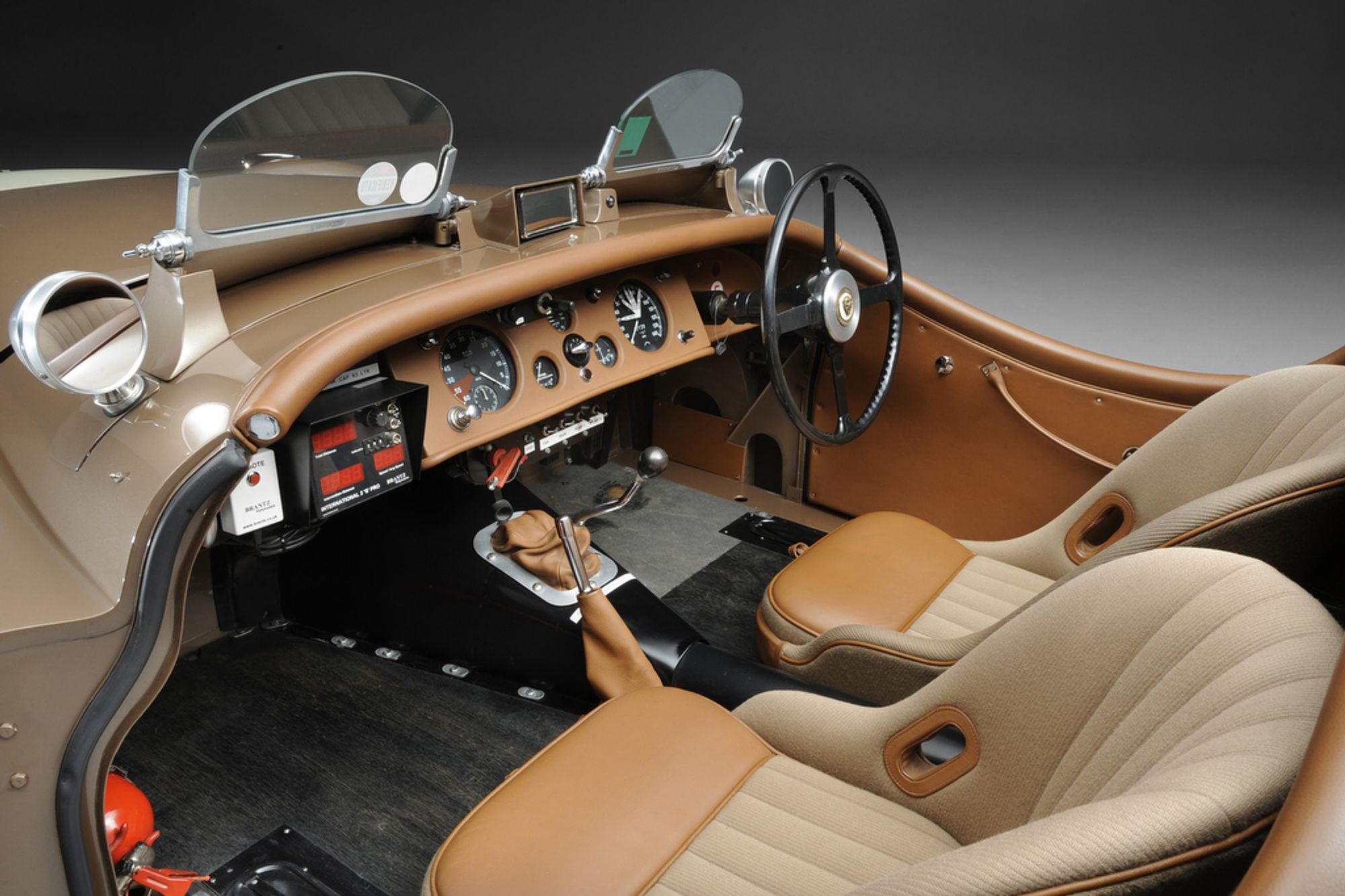