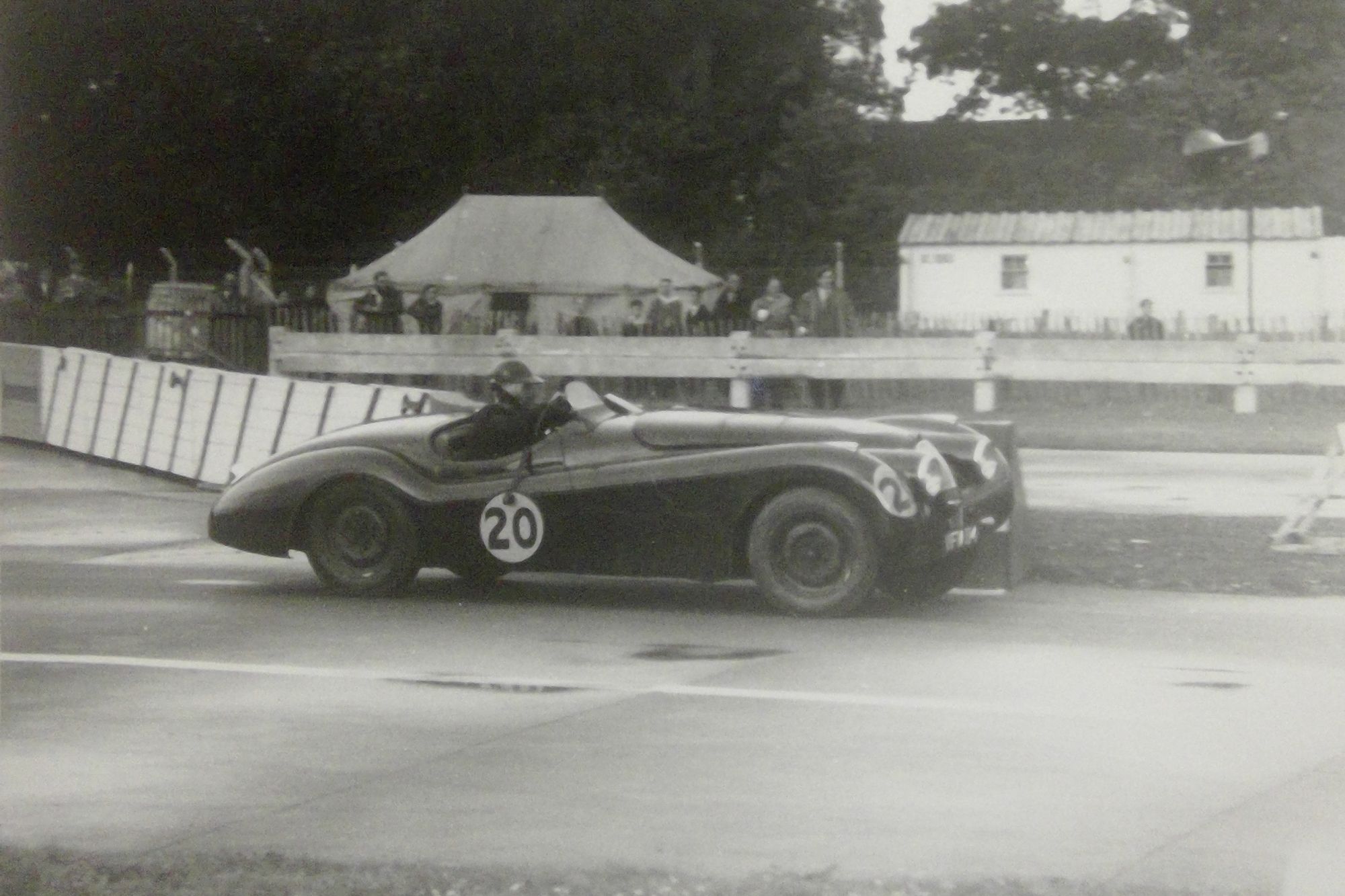 Jaguar XK120 Competition Roadster. NFM114 is a very early steel bodied car that has a fantastic competition history with appearances at most of the major UK circuits, including Goodwood and Silverstone, and having been driven by some of the most famous names of the period including Ken Rudd and Dick Protheroe.

NFM114 was constructed in November 1950 and sold through Henlys to a Company, F Watson & Co Ltd. While the first year of the car’s history is somewhat obscure, what is known is that by 1953 it had found its way into the hands of young racing driver David Boston who proceeded to enter his car into the West Essex Car Club’s race meeting at Snetterton on May 30th. In this event Boston raced as part of the Hadlow Wood Racing team, the other member being Dick Protheroe who ran his LHD Alloy car on that occasion. The next outing for Boston was rather more important and on the 18th of June that year he took part in the British Empire Trophy race at Douglas on the Isle of Man. While he did not secure a high finishing position, unlike many competitors he both qualified and finished the race against an impressive field, which included the likes of Moss and Parnell. The next event for Boston was at a similarly high-level and took place on August 22nd 1953 where he entered the Goodwood 9 Hour Race, partnered by his friend Dick Protheroe. While photographs exist showing Protheroe in practice, unfortunately they did not start the race itself, presumably owing to an unforeseen mechanical problem. Undeterred by this disappointment Boston was again in action on September 12th where he contested the Wakefield Trophy at Curragh in Ireland, finishing 11th. NFM114 returned to Goodwood on 27th March of 1954 where it was raced by Ken Rudd on one of the rare occasions where he was not at the wheel of an AC. Unlike the previous year, the car ran faultlessly, although stiff handicapping placed Rudd in 9th place. The XK120’s career continued with an entry into the Silverstone 6 hour relay race later in the year, although the driver for this event is as yet unidentified.

Over the later years of the 1960s and 1970s NFM114 passed through the hands of a number of enthusiasts before being restored, which included returning it to its factory original Black colour, and finding its way to Finland where it has remained since the mid-1980s, although still retaining its original UK registration number.

Recently acquired by JD Classics it is currently being repatriated and offers an outstanding opportunity to acquire a genuine racing XK120 with an enviable competition pedigree. Please contact us for further details. SOLD. 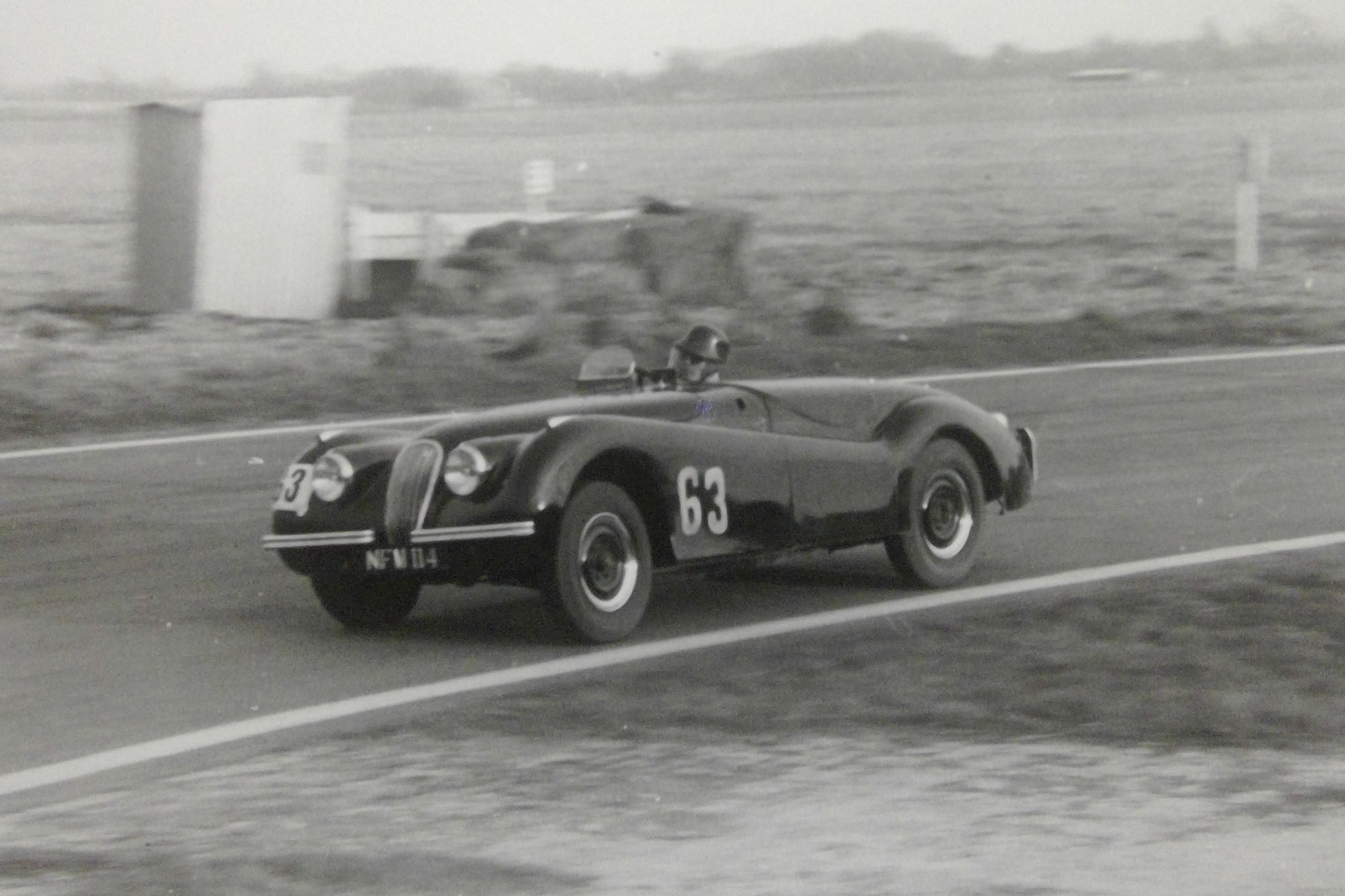 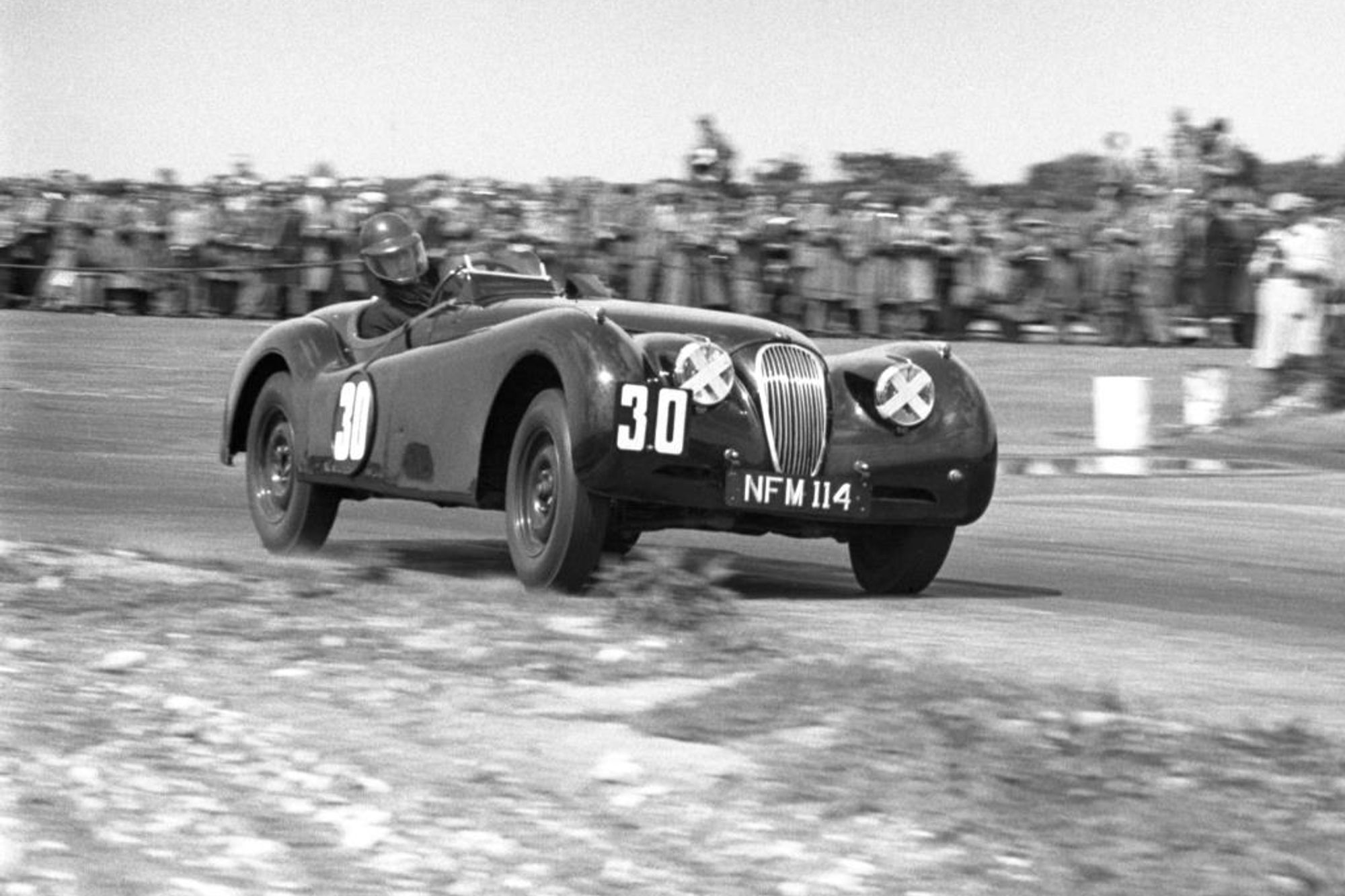 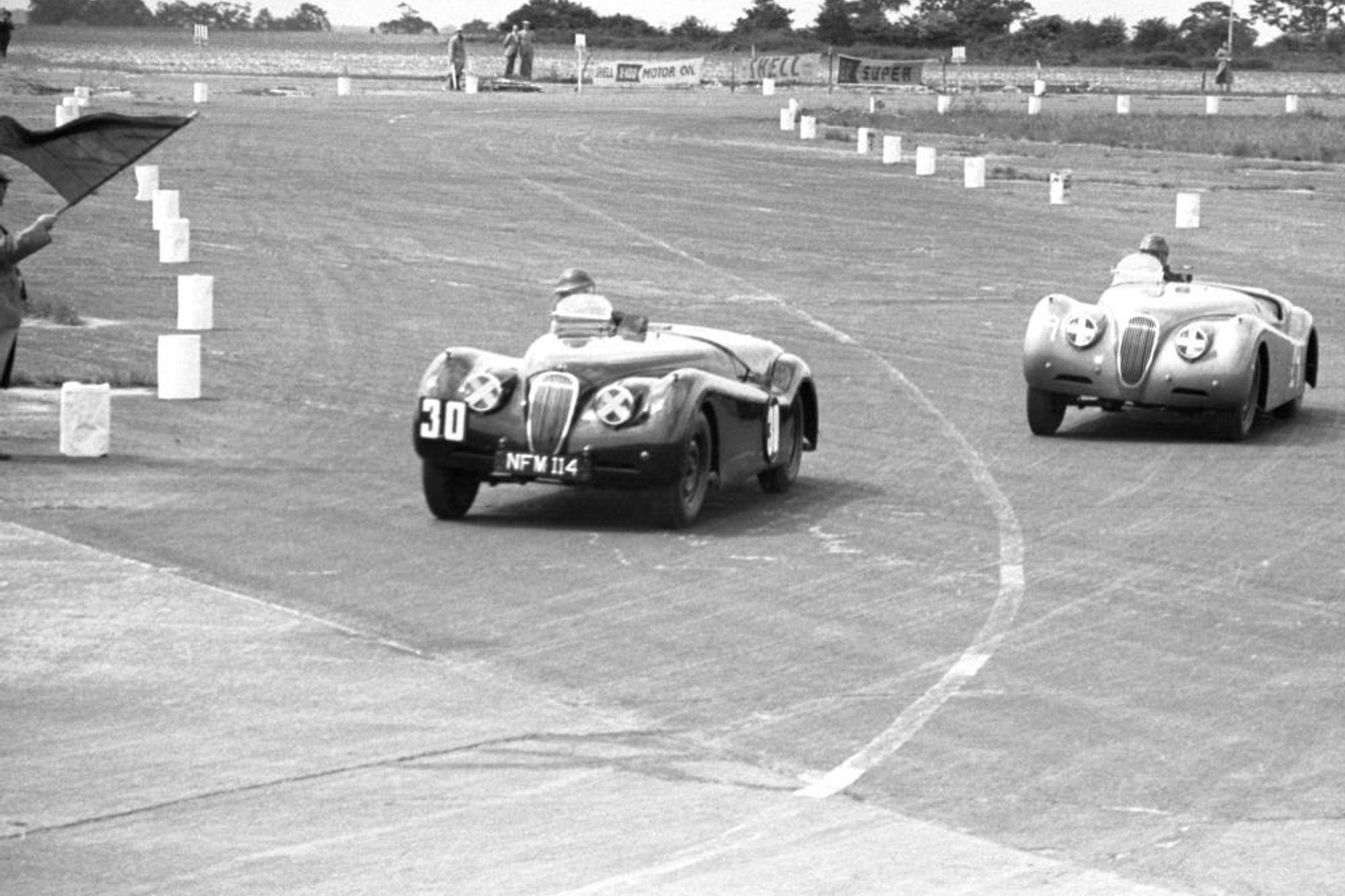 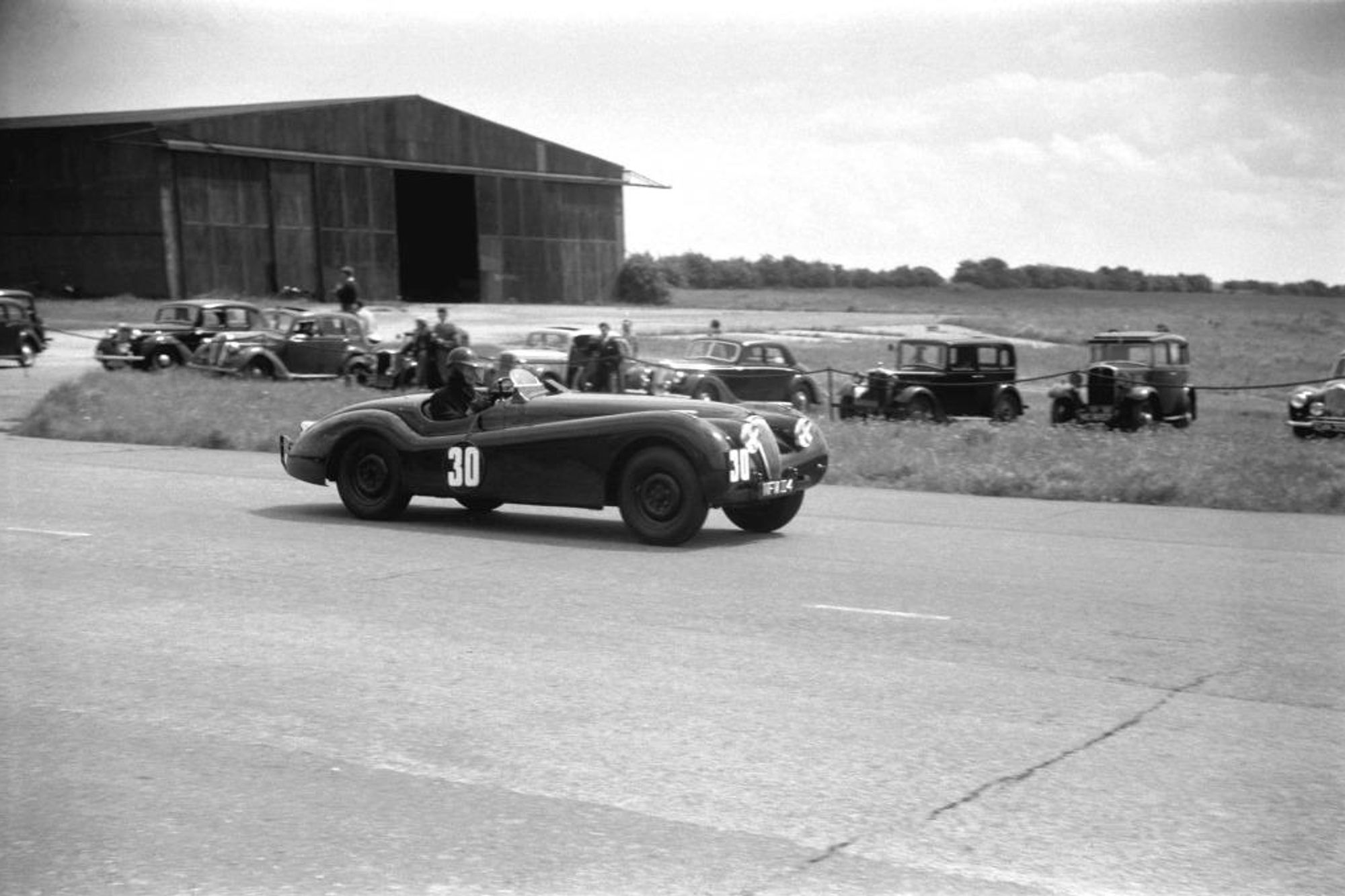